For most of us, the dab is a dance move trend appropriated from the Atlanta hip-hop scene and overused to the point of parody. For Saudi Arabians, it’s an illegal gesture worthy of jail time. TV host, actor, and singer Abdallah Al Shahani was arrested last weekend for performing the move at a music festival in Taif, Saudi Arabia, according to the BBC.

The Saudi Interior Ministry’s National Commission for Combating Drugs recently banned the dab because of a supposed relation to marijuana and drug culture. They actually created a poster cautioning “people about the dangers of this [move] on the youth and society,” and warning citizens against imitating the action. 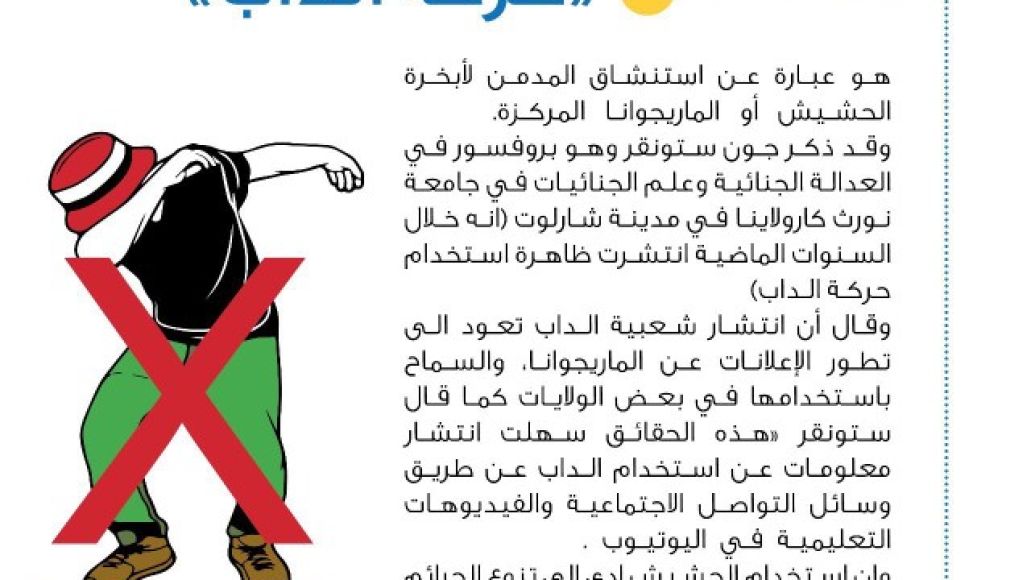 Shahani took to Twitter on Tuesday to apologize for his dastardly dancing, in essence saying he accidentally busted out the move in a fit of live-show energy. He wrote, “I apologize to our respected government and to my audience for unintentionally and spontaneously making the dance move at Taif festival. Please accept my apology.”

Atlanta rapper Skippa Da Flippa is generally credited with creating the dab. Most of those in hip-hop consider it nothing more than a dance move, no more related to drugs than the SpongeBob or the Soulja Boy. However, Bow Wow once contended it was somehow connected to the smoking of hash oil, otherwise known as dabbing. Though he was roundly ridiculed for the false claim, it seems his BS made it into the minds of the Saudi government and the country’s repressive laws.

Watch video of the crime below: