Nostalgia often works best in the festival scene. There’s nothing better than hearing song after song that you not only love, but know word for word, and it’s even better when you’re surrounded by thousands of people in the same shoes. Look, don’t get us wrong, we love seeing fresh, new acts, and that should always take precedence at every music festival, but we’re not gonna lie: We also really dig the old stuff, too.

No kidding: From Alanis Morissette to Garbage, Toad the Wet Sprocket to Weezer, this year’s lineup is like the curators basically recreated our go-to CD collection from high school. As such, we thought we’d round up all the songs we can’t wait to hear, and if we missed any, let us know in the comments below. Besides, it’ll be good to brush up on a few of these, though we’re fairly certain it’ll all come back to us pretty fast. 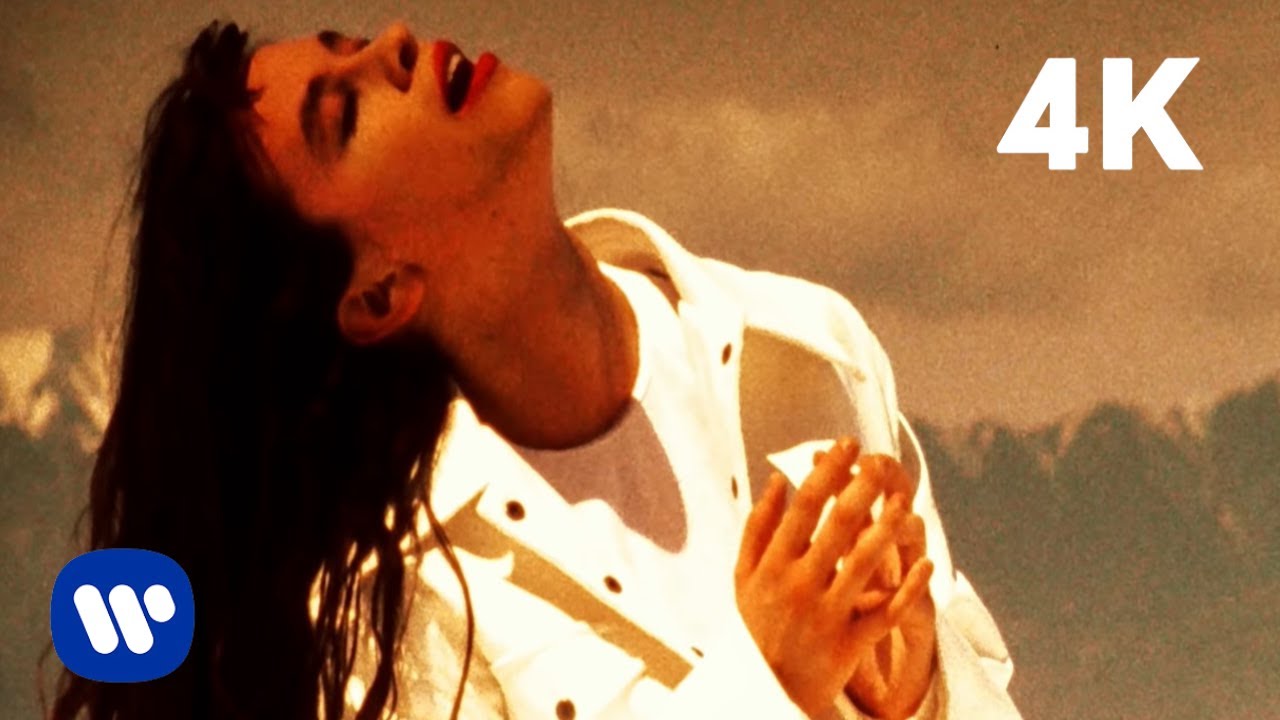 In 1995, Alanis Morissette released her landmark album Jagged Little Pill, which would eventually move more than 33 million units globally. That’s enough to place it as the 14th best selling album of all time, and cement the Canadian singer’s place in history. With all that in mind, it’s surprising that she isn’t booked at more festivals, especially with a parade of hits in tow that she could bust out at any given moment. “Ironic” will undoubtably be a huge singalong, while “You Learn” and “Hand in My Pocket” show range with more subdued yet equally infectious hits. But if there is a single anticipated moment for the festival, it’s Morissette’s signature song, “You Oughta Know”. Perhaps no song better captured human rage in the ’90s than Morissette’s barnburner, and a couple decades later, it’s still as visceral as ever.
__________________________________________________________

Is there a more memed song than Smash Mouth‘s “All-Star”? We doubt it. And while it’s strange to view this relic from the late-’90s with this contemporary lens, the last 18 years have certainly changed how the song is viewed. In its time, “All-Star” was proof that Smash Mouth had another massive hit in them, something to follow their colossal “Walkin’ on the Sun”. It felt like a product that could only come out in that specific time, where goofy fun could still reign over any semblance of cool. “All-Star” was a rare alternative rock song that didn’t try to be cool. And time certainly hasn’t changed that. The moment this weekend when that song appears, where fans young and old can share a laugh and a smile together, might remind us that the song means a lot more to some people than some funny jokes on Twitter.
__________________________________________________________ 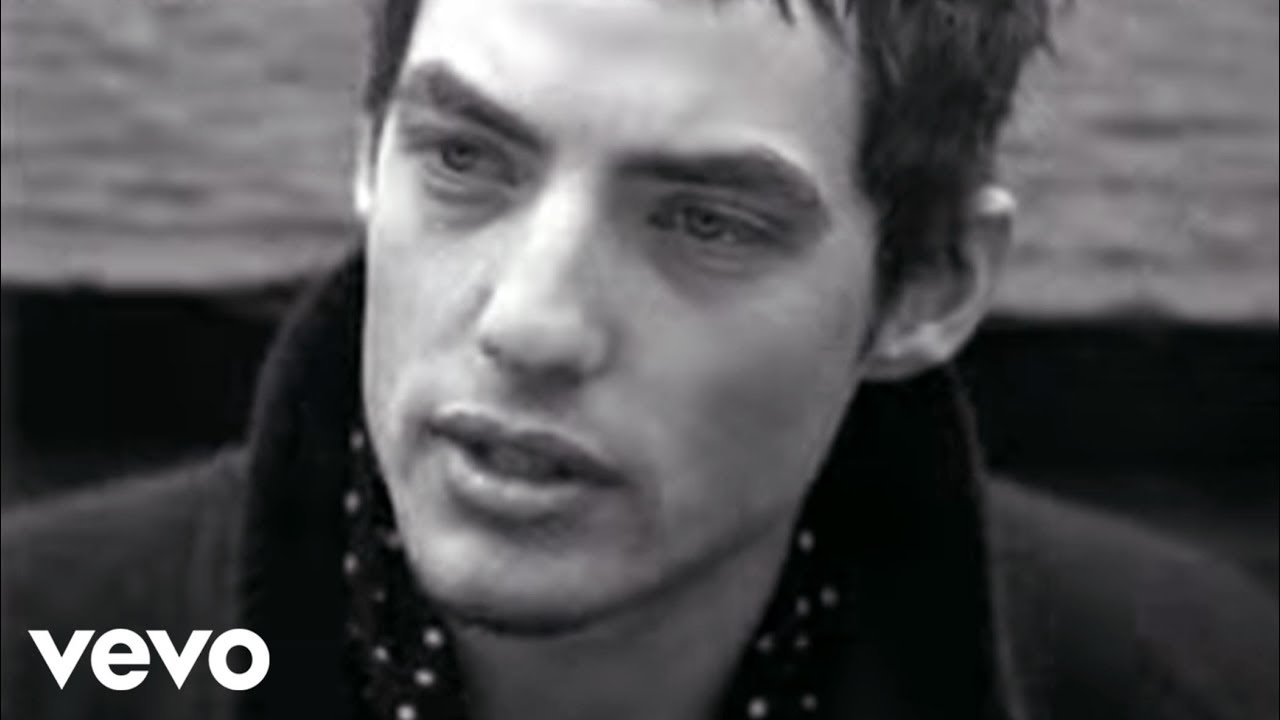 Sure, you see The Wallflowers on a bill, and there’s one song that jumps to mind: their ubiquitous VH1 staple “One Headlight”. In its prime, the song won a pair of Grammy awards at the 1998 ceremony, and topped the alt charts while peaking at No. 2 on the Billboard Hot 100 Airplay chart. That song is gonna kill. But for our buck, we’re looking forward to The Wallflowers’ first single from their beloved Bringing Down the Horse album. “6th Avenue Heartache” was assisted at the time by backup vocals from kindred spirit Adam Duritz of Counting Crows, and though he’s not expected to appear at Kaaboo, we can still dream about the ’90s moment that could be created if they somehow got him to guest. But on its own, “6th Avenue Heartache” is still remarkably tuneful, harkening back to a time where songs were still enough to get you on the radio, without the need to shine with the latest style. Being Bob Dylan’s son helps, too.
__________________________________________________________ 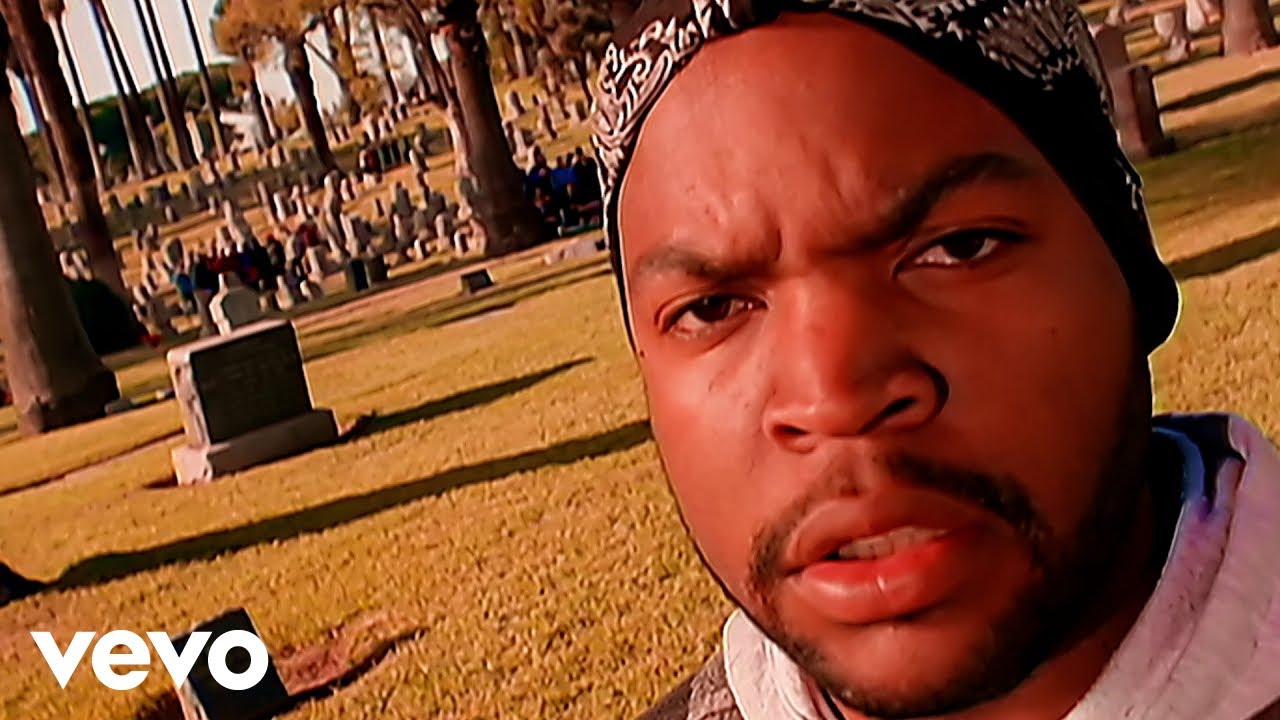 Ice Cube didn’t start out in the ’90s. His rise to fame came not long after rap music’s original ascent in the ’80s as a member of the legendary rap group NWA. But when the ’90s began, so did the solo career of one of gangsta rap’s more recognizable and influential voices. His appearance at Kaaboo follows nearly two years of festival appearances that have reminded fans that Cube is not just the Hollywood star that’s successfully moved beyond music to star in a number of successful films. Cube is an entertainer, and as a musician, he’s crafted a remarkable amount of signature tunes. But when it comes to a festival, where fans might be a little more casually aware of his repertoire, nothing lands better than his anthem “It Was a Good Day”. It’s a song that’s launched commemorative t-shirts, bumper stickers, and thinkpieces trying to decode exactly which day Cube is referring to. It’s a song that even transcends genre, recognizable not just as a rap hit, but as a cultural moment.

Toad the Wet Sprocket – “Walk on the Ocean” 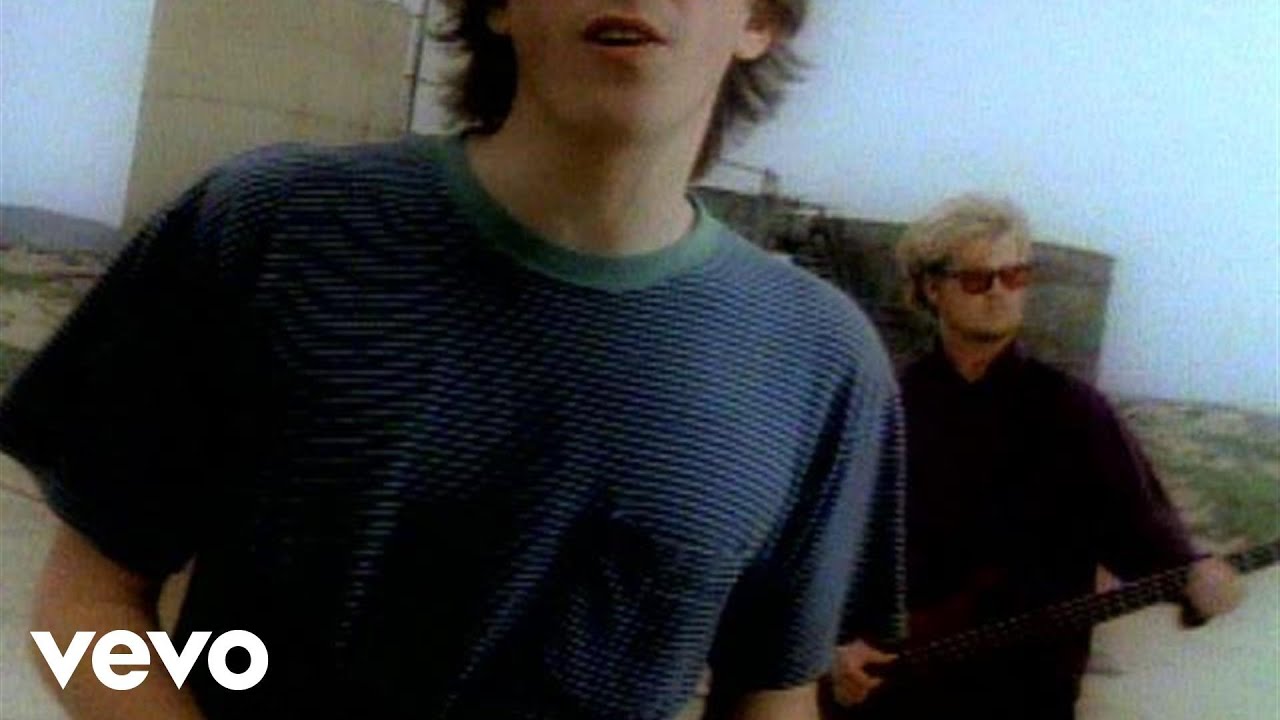 Many of Kaaboo’s ’90s acts will milk nostalgia, but have also transcended the decade to have lengthy careers. This is particularly true of groups like Weezer, who currently have a big radio hit, or Red Hot Chili Peppers, who’ve managed to make a mark in numerous decades. Then there is a band like Toad the Wet Sprocket, who are very much tied to a particular time and place. But just because interest in them dropped sharply after their brief run at fame in the early ’90s, that doesn’t mean there songs have lost their breezy, gentle appeal. Performing at a festival set a stones throw from the Pacific, a song like “Walk on the Ocean” should play perfectly in the San Diego setting. It doesn’t matter that the track peaked 25 years earlier. Toad the Wet Sprocket prove that timelessness comes in all packages.
__________________________________________________________ 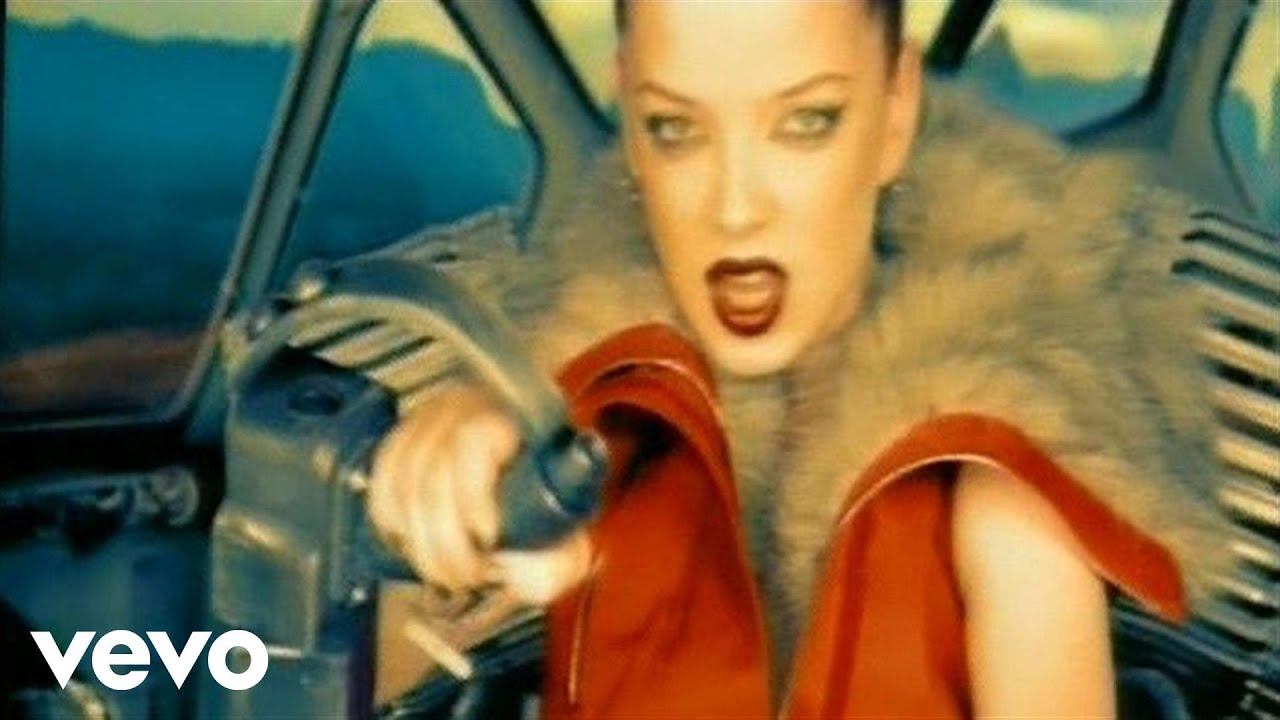 Over the course of two ’90s albums, few bands managed the kind of commercial and critical success that Garbage did. Scottish frontwoman Shirley Manson made a splash on their debut album with songs that leaned on clever, memorable hooks (“Only Happy When It Rains”, “Stupid Girl”), but it was on the band’s second album that they really came into their own. Version 2.0 incorporated more electronic textures and proved that Manson’s knack for a melody could withstand a production-heavy approach. But none of their songs before or since have managed to achieve what “Special” does. It’s the only Garbage song that aims for the rafters, where a music video about flying planes betrayed the song’s soaring capabilities. The album would go on to earn an Album of the Year Grammy nomination and a pair of noms for “Special” alone. But accolades aside, the song still feels as fresh as it did back in ’98. This song title is as apt as it gets.
__________________________________________________________ 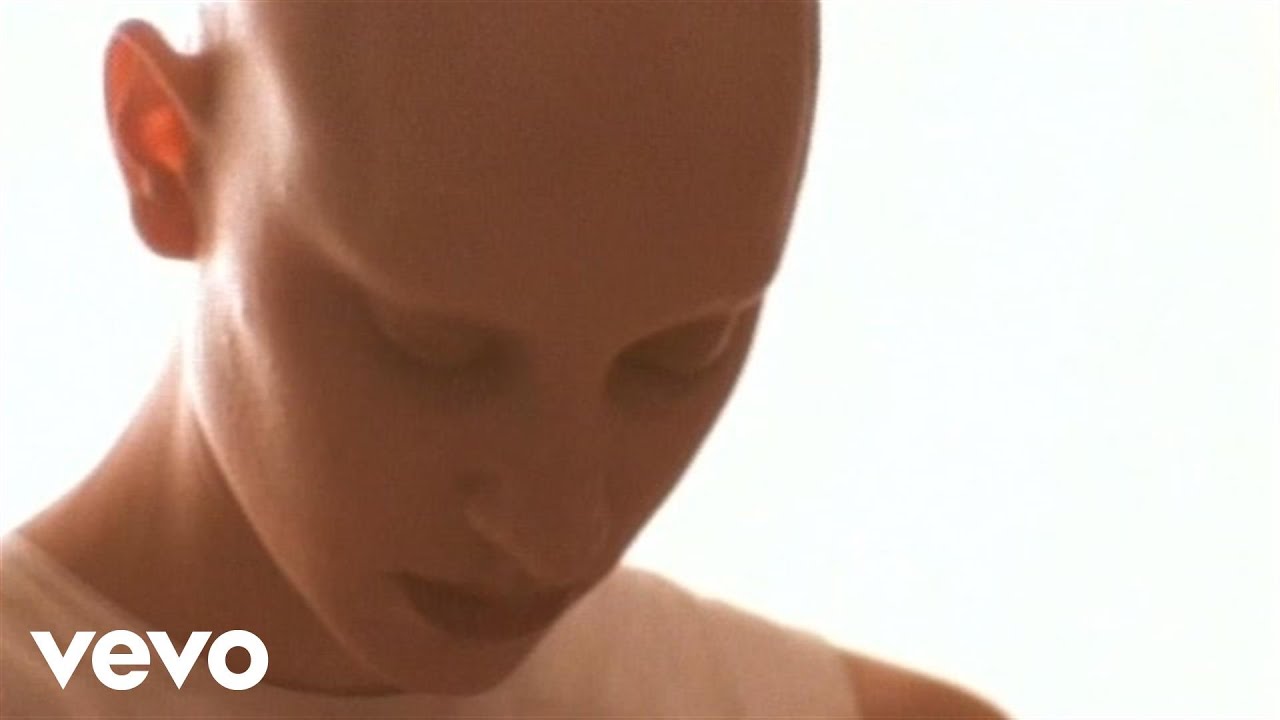 Yearly, there seems to be a new band that emerges on the festival scene that had previously been off the radar. Last year, it was Third Eye Blind that discovered it could appeal to a whole new generation of fans. This year, it’s recently reunited Pennsylvania alt rockers Live. At Lollapalooza this year, it was apparent that the band could stack an hour set with past hits, all ranging from the vaguely familiar to the unforgettable. But the thing about a Live set is that they know what their main course is, and they save it for the end. “Lightning Crashes” is an emotionally sweeping epic that helped catapult the band to superstardom, where they’d sell more than eight million copies of its album, Throwing Copper. With fresh ears, the song doesn’t sound dated, and if Lollapalooza was any indicator, it will provide Kaaboo with a transportive, cathartic moment that will unite the audience in mutual bliss. The best hits sound like hits long after their popularity has waned. “Lightning Crashes” fits this bill perfectly.
__________________________________________________________

Weezer – “Only In Dreams”

There are a lot of ’90s Weezer songs that we’ll surely hear at Kaaboo. “Buddy Holly”? Guaranteed. “Say It Ain’t So”? No doubt. “Undone (The Sweater Song)”? It’s a certainty. But, for a second, let’s imagine just how legendary it would be if Weezer ditched the typical playbook. Sure, “My Name Is Jonas” and “El Scorcho” are also likely to wind up in the setlist, but Weezer’ pair of ’90s records hold a wealth of material that is rarely, if ever, played. If you’ve been lucky enough to hear songs like “Across the Sea” or “Holiday”, it’s a point of pride (or just a sign that you saw the Memories tour). But what if, at the end of their set, Weezer opted to close their performance with the same way their first self-titled album ends: with “Only in Dreams”. For a band that often sticks to a script, it might be a nostalgic curveball that showcases not just a band known for radio hits, but also responsible with some of the most emotionally resonant tunes from that decade.
__________________________________________________________

Tom Petty has hits for days. When he closes out the final night of Kaaboo this weekend, the set will be more notable for when the audience doesn’t recognize a song than when it does. And whether it was in the ’70s, ’80s, ’90s, or more recently, Petty has made music that isn’t tied to a particular moment. It’s music for the everyman, presented in a manner that doesn’t lose its charm. This particular tour is in celebration of 40 years of recording, and it’s interesting to think of his ’90s offerings as coming as deep into his career as they did. Albums like Wildflowers and Into the Great Wide Open are still quintessential Petty, and he’ll surely draw on them in concert. But one of his less celebrated endeavors is the original music he composed for the She’s the One soundtrack, a film by then up-and-coming director Edward Burns. The single from the set, “Walls (Circus)” is a paradigm for sturdy songwriting, finding Petty still riding the wave of ease that he’d been on for a couple decades. It might not be the biggest moment in his set if he plays it at Kaaboo, but it would best suit the warm, outdoor weather.
__________________________________________________________

Red Hot Chili Peppers – “I Could Have Lied”

Red Hot Chili Peppers probably have more ’90s hits than anyone else on this list. From “Under the Bridge” and “Give It Away” off their breakthrough Blood Sugar Sex Magik to “My Friends” and “Aeroplane” off their weirder One Hot Minute to “Scar Tissue” and “Otherside” on their beloved Californication, the band owned the decade in rock. But those albums are also populated by some lesser-known and equally strong moments. So for our buck, we want to imagine a quiet, acoustic interlude where Anthony Kiedis croons the reflective Blood Sugar Sex Magik deep cut, “I Could Have Lied”. It’s a song that proved the band are as capable at tackling a tender ballad as they are with rock anthems and funky freakouts — and Kaaboo won’t be short on hits. Even outside the ’90s, the festival has accumulated a docket of acts that spans genres and styles. In the Red Hot Chili Peppers, Kaaboo has a band that might be able to satisfy everyone.