Being an avid entertainment fan during this era of peak TV culture can be as thrilling as it is exhausting. On one hand, there’s more excitement and chatter surrounding breakout shows than ever before. But when confronted with the sheer volume of original programming these days, that feeling of joy can quickly veer into an overwhelming sense of dread. Many of today’s most popular programs fall under the trendy veil of prestige television; they’re complicated, dense, and not exactly the type of shows you can just passively watch. At times, just keeping up with each show’s layered complexities can feel more part-time work than recreation.

The “prestige” label has become synonymous with self-seriousness, a trait that tends to forgo comedy for a more dramatic varnish. With the impending return of Larry David and his beloved series Curb Your Enthusiasm after a six-year hiatus, audiences are in for a much needed break from the overabundance of long-faced theatrics. Curb is a show that has always put comedy before everything else; it’s barely scripted, largely unrehearsed, and tends to focus on insignificant and shallow plotlines. In other words, it’s everything a prestige television show isn’t. 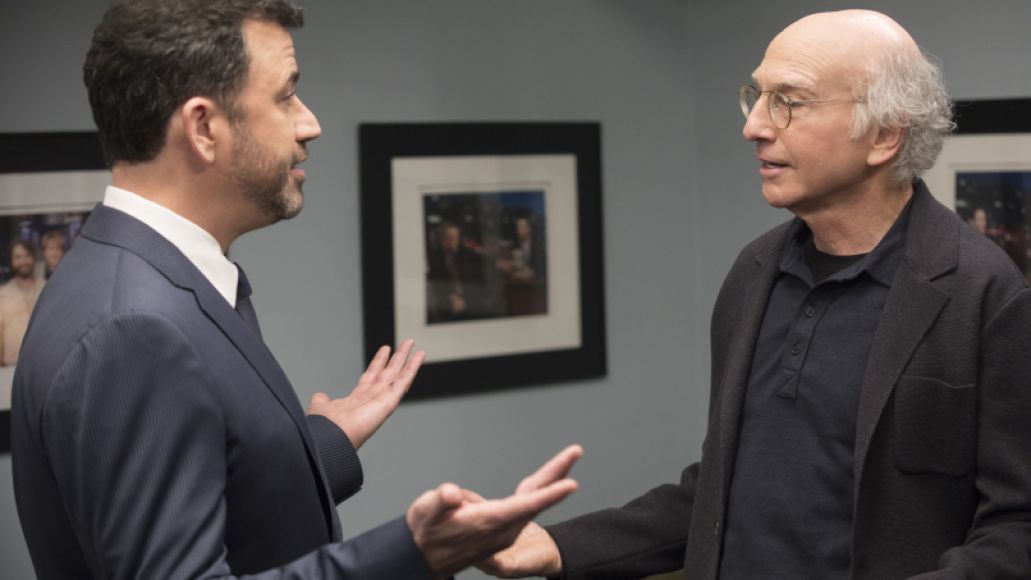 On Curb, David’s character borrows his real-life name (Larry) and status (the semi-retired Seinfeld creator) who fumbles through the day-to-day happenings of an easy Los Angeles life in show business — all while managing to annoy almost everyone he encounters, including his Hollywood peers. By now, it’s widely known that the show shoots off a minimal story outline rather than a traditional television script. If an episode calls for a specific stretch of dialogue, it’ll be marked in quotes. Otherwise, everything heard onscreen is improvised by the actors. One longtime Curb writer-director said this of the free-form writing approach: “The story itself is the comedy.”

That methodology is in contrast to how most of big-budget television is usually written. It took a room full of 20 writers and countless rewrites to produce a single episode of the critically acclaimed AMC show Mad Men. When you compare that to the fact the initial Curb seasons were handwritten by David himself on yellow legal notepads, it makes you wonder about the necessity of polish and punch-ups. A good story should be able to stand on its own without too much literary overhead. Are too many high-production shows obfuscating their core stories with over-waxed dialogue and unnecessary conflict? 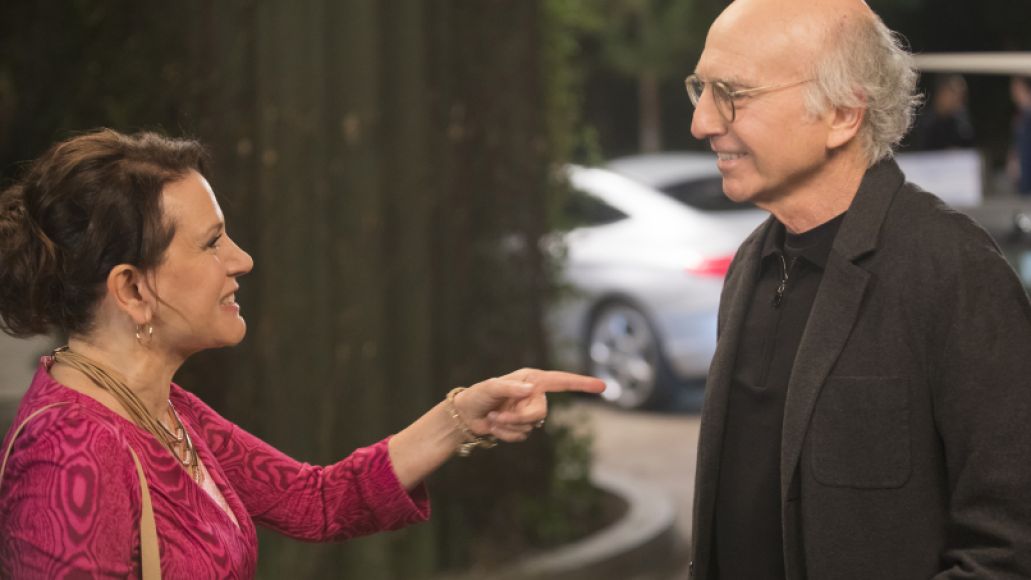 The episodic blueprint for Curb is relatively formulaic: Larry halfheartedly agrees to do something against his better judgment, quickly finds himself in over his head, and awkwardly fumbles his way from one socially awkward situation to another. There aren’t any substantial plot twists or profound development arcs for any of the characters. It’s a bare-bones comedy show that still makes for compelling, entertaining, and critically acclaimed television. (Before its hiatus, Curb won two Emmys Awards from 39 nominations and five Golden Globes Awards.)

The best comedy is rooted in truth and appears effortless to the audience. No matter how many times a scene or joke is finessed in a script, it’ll never have the fleeting burst of energy and raw delivery as if it was performed live. David and the core cast of Curb — Jeff Garlin, Cheryl Hines, Susie Essman, Richard Lewis, and J.B. Smoove — all have backgrounds in stand-up or live comedy. The group manages to bring the same off-the-cuff spontaneity of live comedy to the screen. Great comedy feels dangerous, and Curb is the one of the few pre-taped shows that has managed to capture that feeling. When a show’s creative concept doesn’t have to carry the burden of a rigid script, it opens the door to experimentation; you’re much more likely to stumble into uncharted waters when you’re not using a map. 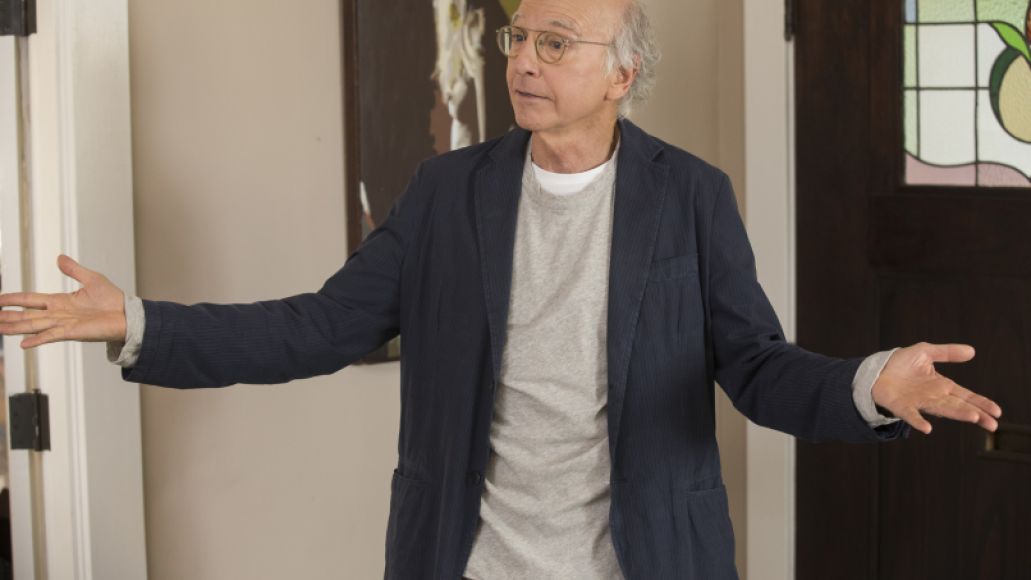 For better or worse, the recent boom of prestige television has introduced a familiar routine that now goes hand in hand with the territory. For many TV-obsessed fans, watching a show is only half the act; reading deep-dive recaps on blogs or fan theories on Twitter often feels like part of the essential viewing experience. There is an ever-present desire for viewers to absorb every little plot detail, read all the behind-the-scenes industry jargon, and share thoughts (and memes) with your fellow online peers. For as enjoyable as this post-episode experience can be, the pressure to keep up can be equally as tedious and time-consuming.

Curb is a show that requires little after-the-fact analysis. Most episodes could be recapped with: “Larry did something asshole-ish, and it was also very hilarious.” There won’t be a Curb Your Enthusiasm Live after-show hosted by some podcaster, and it’s unlikely we’ll see the blogs light up with essays about the hidden symbolism in Larry’s reluctance to attend a dinner party. Curb was designed during a much different era of television. Back when the first season aired in 2000, shows only had to be entertaining; there wasn’t an entire ecosystem of social media and websites that needed to be fed new content week after week. 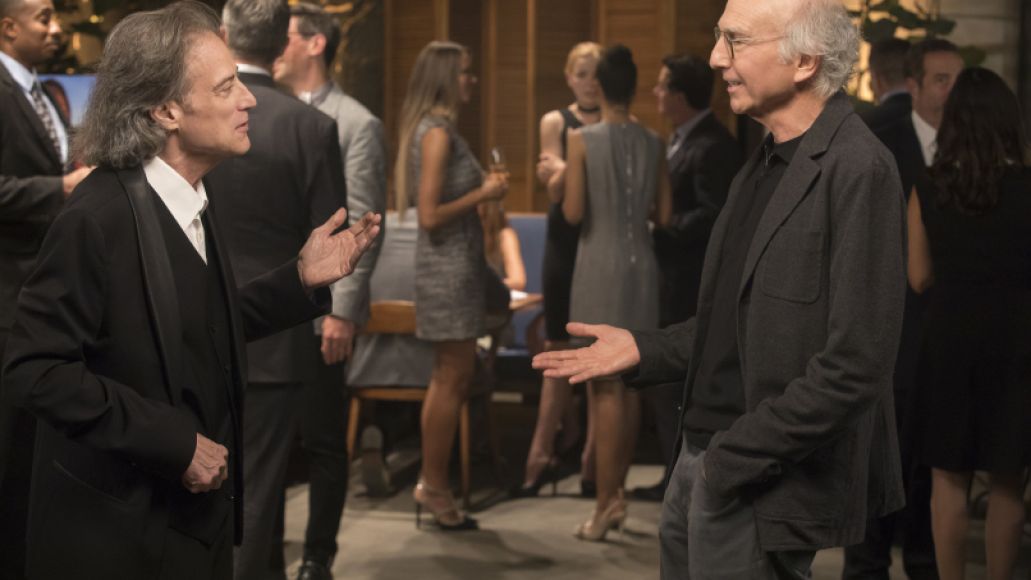 Nowadays, a show needs more than satisfied viewers to be deemed a success: it also needs cultural cachet and near-constant digital coverage. Television is no longer the lowest common denominator; if the season arc is compelling and complex enough, writers and producers receive the same highbrow clout as a novel or a film. It’s certainly one way to make great television, but not necessarily the best way to make comedy.

The upcoming season of Curb will have likely ignored the great algorithm shaping the majority of today’s top entertainment. It already has a distinct voice. David has always possessed a unique facility for neurotic comedy that stands out from the pack. In the six years since the last season of Curb, there will certainly be new ground David wants to cover, and the new episodes are the perfect platform for him to unleash his latest obsessions and anxieties. 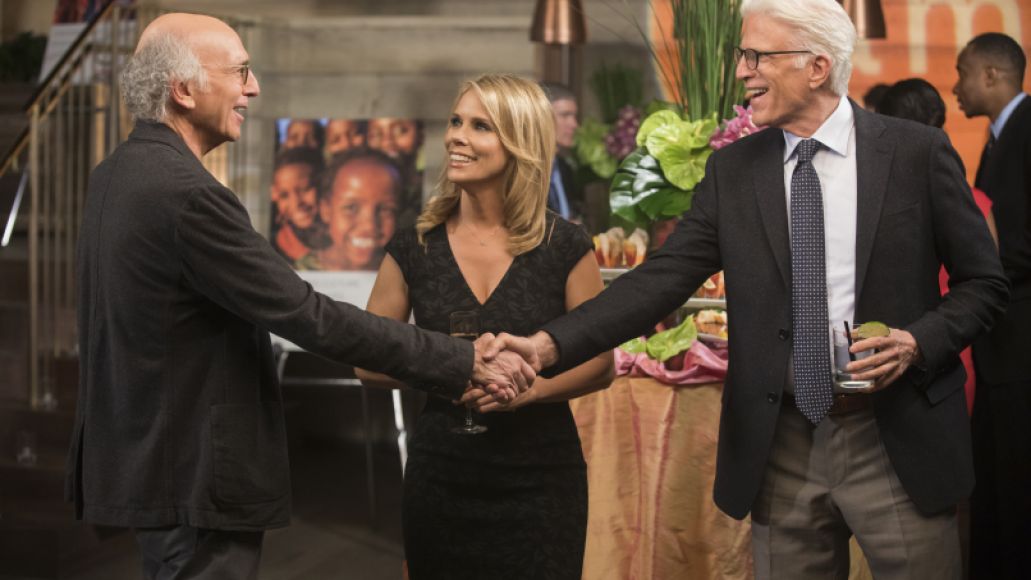 There is a different kind of allure to Curb than there was before. It’s an alternate path for viewers, a detour from heaviness of drama and dark anti-heroes. Our reality has become an inescapable cycle of bleak, sociopolitical moments, so an escape to a warmer state of mind is wildly desirable. The universe of Curb is full of flawed but kindhearted characters, low-stakes drama, and impulse-driven jokes; it’s the oasis of comedy in a desert of drama.

Within the past five years, every showrunner has looked to “out-prestige” the others, but Larry David doesn’t need to play those games. By default, he’s one of the richest and most successful comedians in the world (not even Jerry Seinfeld himself has managed to strike sitcom gold twice), which means Curb will continue to exist from a place of pure intentions. The series is completely unbothered by notes from network executives or pressure to play by the rules of traditional networks. That creative freedom has allowed David and his team the ability to swing for the fences. 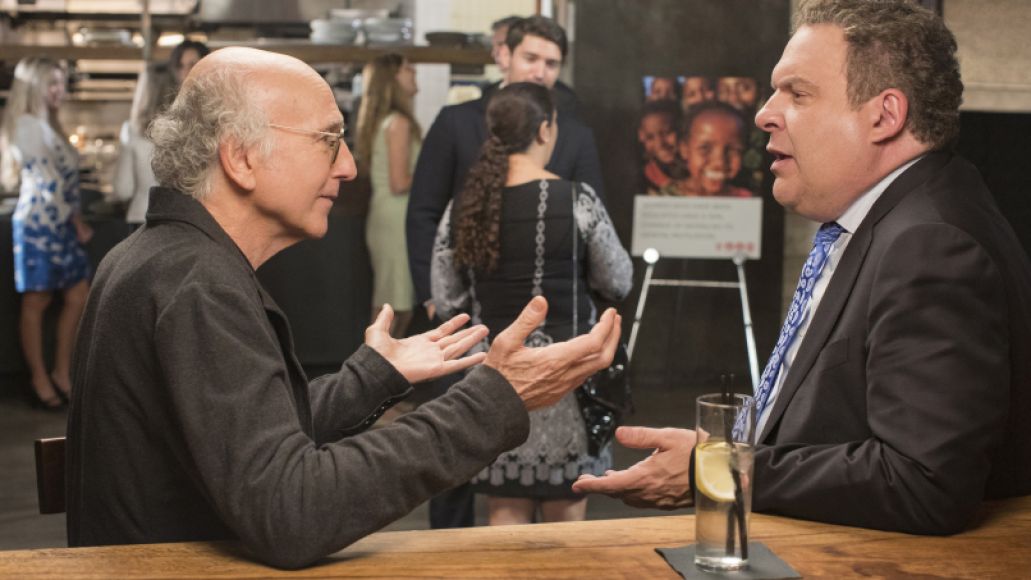 The newfound precedent that a show being needlessly robust somehow makes it more worthy of acclaim is getting old. The end result can be seen in the current state of television: an oversaturated landscape that is drowning in its own seriousness. Curb Your Enthusiasm is finally back to drown us in cringeworthy comedy, which happens to make for one hell of a TV show.

Curb Your Enthusiasm Is the Ultimate Anti-Prestige TV Show