In early August, DOOM announced The Missing Notebook Rhymes, a 15-week song series in partnership with Adult Swim. Now, eight weeks into the project, DOOM has suddenly and unexpectedly canceled the remaining installments.

“Adult Swim is ending our relationship with DOOM, and thus, the remaining Missing Notebook Rhymes will unfortunately have to remain…missing,” read a statement from Adult Swim, provided to Mass Appeal. “We are glad to have had the chance to provide the previous free tracks to our fans.”

This morning, the Adult Swim landing page where the latest “notebook” tracks would normally be housed instead featured the below message titled “What I Remember of the Crash”. That URL now just redirects completely to the Adult Swim music page.

All previously released songs, as well as their embeds codes, have been scrapped from the web, including the Alchemist-assisted “Doomsayer”, “Notebook — 04” featuring Kool Keith, and “Notebook 05”, which saw the return of DOOM’s Viktor Vaughn alias. Through the series, the veteran rapper also released his first song as KMD in over 20 years (“True Lightyears”); it’s unclear if the KMD comeback album on which that track is supposed to appear is still a go.

It’s an abrupt and peculiar move to cancel a series so many fans had been waiting for. Might it be a publicity stunt in disguise? It’s worth noting that Mass Appeal, which initially broke the story, also operates a record label that has some ties to Adult Swim’s Cartoon Network/Turner parent company as well as a number of Adult Swim’s go-to musicians like Run the Jewels. At the very least, hip-hop heads can look forward to new material from the WESTSIDEDOOM camp, DOOM’s collaborative project with Westside Gunn. 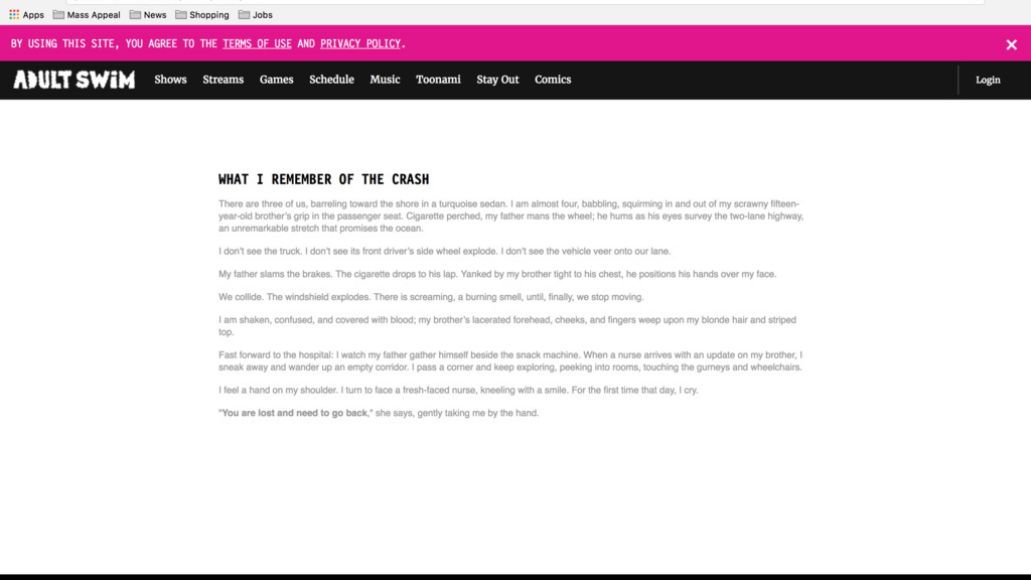