The first Kingsman, released in 2015, was a refreshing bit of misanthropic action confectionery. Rather than putting style over substance, its style was the substance, director Matthew Vaughn pulling out every trick in the book to poke fun at the stuffy clichés of Bond-era spy films while leaning hard into its R rating to sometimes grotesque results. Now we’ve got Kingsman: The Golden Circle, a movie which doubles down harder on the campy violence than we ever could have asked – and even that doesn’t manage to quite save it. It’s a big, vulgar, Saturday morning cartoon of a film, to both its benefit and detriment.

From its opening scene, The Golden Circle throws us immediately into a meticulously choreographed action setpiece, with Eggsy (Taron Egerton), now an established Kingsman agent, fighting his former Kingsman colleague Charlie (Edward Holcroft) in a speeding taxi through the streets of London. Not long after, a series of missiles wipe out the buildings, resources, and agents of the Kingsman, only managing to miss Eggsy and Scottish tech genius Merlin (Mark Strong). Turns out they’ve fallen into the crosshairs of drug kingpin Poppy Adams (Julianne Moore), a cutesy soccer-mom type who runs the international cartel known as the Golden Circle. Her evil plan involves introducing a poisoned strand of narcotics into the populace to blackmail the President (Bruce Greenwood) to end the War on Drugs – which is further complicated when the Prez just decides to let everyone die anyway because they’re criminals.

With nowhere else to turn, Eggsy and Merlin head to Kentucky to meet their American counterparts, the Statesmen – a posse of cartoonish cowboy secret agents hiding under the guise of a bourbon distillery. Joining forces, the Kingsmen and Statesmen work to foil Ms. Poppy’s plans to “legalize it.” Along the way, Eggsy is reunited with his old mentor Harry Hart (Colin Firth), who was shot in the face in the first film, but resurrected with magic Statesman brain-goo technology. (No, seriously.)

If you’re a Kingsman fan, there’s a lot to like, at least on a superficial level. Vaughn and crew have taken the same great care and attention with the action sequences they did in the first film. In terms of sheer craftsmanship, these complex, fast-paced, intense dustups are the best in the industry right now. There’s something hypnotic about Vaughn’s camera in these sequences – constantly swooping, panning, zooming, like an eye desperately darting around to catch the most interesting thing in the scene. It’s sensory overload in the best way, and that visual wit is one of Vaughn’s most unambiguous strengths, even if some sequences go on way too long.

Speaking of visual wit, The Golden Circle embraces the preposterousness of its world to an even more absurd degree this time around. Poppy Land is a splash of ‘50s kitsch carved out of a South American rainforest, the Statesmen hide out in a distillery with silos shaped like whiskey bottles, and the quirky spy gadgets range from suitcases that fold out into riot armor to an electric lasso that cuts people in half.

Unfortunately, the movie that surrounds those moments of brilliance is a downright mess. At nearly two and a half hours long, The Golden Circle feels like three Kingsman sequels crammed into one; between Poppy’s evil scheme, the introduction of the Statesmen, and the reintroduction of Firth’s superspy Hart, the film feels overstuffed. Reuniting Eggsy with his loving mentor is fantastic, but it takes more than an hour to get there. Even then, he feels vestigial – resurrected for little other reason than to give ol’ Mr. Darcy another crack at the “Manners Maketh Man” scene from the first Kingsman. Other than that, the overstuffed cast of characters don’t get much of a chance to bounce off each other, the whole affair feeling emptier than usual.

The Statesmen, the film’s most entertainingly arch new element, are especially underused, wasting an all-star cast (Jeff Bridges, Halle Berry, and Channing Tatum) on glorified cameos. The one Statesmen we do get to see the most of – Pedro Pascal’s Agent Whiskey – is a fun addition, but between his appearances and Tatum’s disappearances, one gets the impression that the two were originally one character, later bifurcated when the producers couldn’t carve out enough time in C-Tates’ shooting schedule.

And then there’s the film’s tone, which pinballs between unearned sentiment and hard-R irreverence on a dime. Vaughn refreshingly subverts the ill-conceived “anal sex with a Swedish princess” joke at the end of the first Kingsman by opening this one with Eggsy and Princess Tilde (Hanna Alström) in a loving, committed relationship. Unfortunately, they double down on an off-color subplot in which Eggsy literally has to finger an ingenue at Glastonbury to plant a tracking chip. Ever the gentleman, Eggsy FaceTimes Tilde for permission first; naturally, she doesn’t approve. He does it anyway, for queen and country. It’s these sour notes that damage the inherent lovability of Eggsy (aided by Egerton’s charming performance), hints of the distasteful Mark Millar misanthropy from the comic book on which this series is based.

Perhaps the purest distillation of The Golden Circle’s attitude lies in the fact that Elton John is in this film for basically no reason at all – and that’s the joke. If you’re down for watching an aged Elton spit out obscenities like a machine gun while roundhouse-kicking henchmen and bashing robot dogs in a feathered suit, you might be on The Golden Circle’s wavelength. Note to the producers: Next time, just give us a Statesmen spinoff, cut it down to 100 minutes, and be done with it.

(Sidenote: After Logan Lucky, The Golden Circle is the second film this year that features Channing Tatum and John Denver’s “Take Me Home, Country Roads” as a major emotional turning point. Between these films, Okja, and Alien: Covenant, the Denver estate must be raking in those royalty checks this year.) 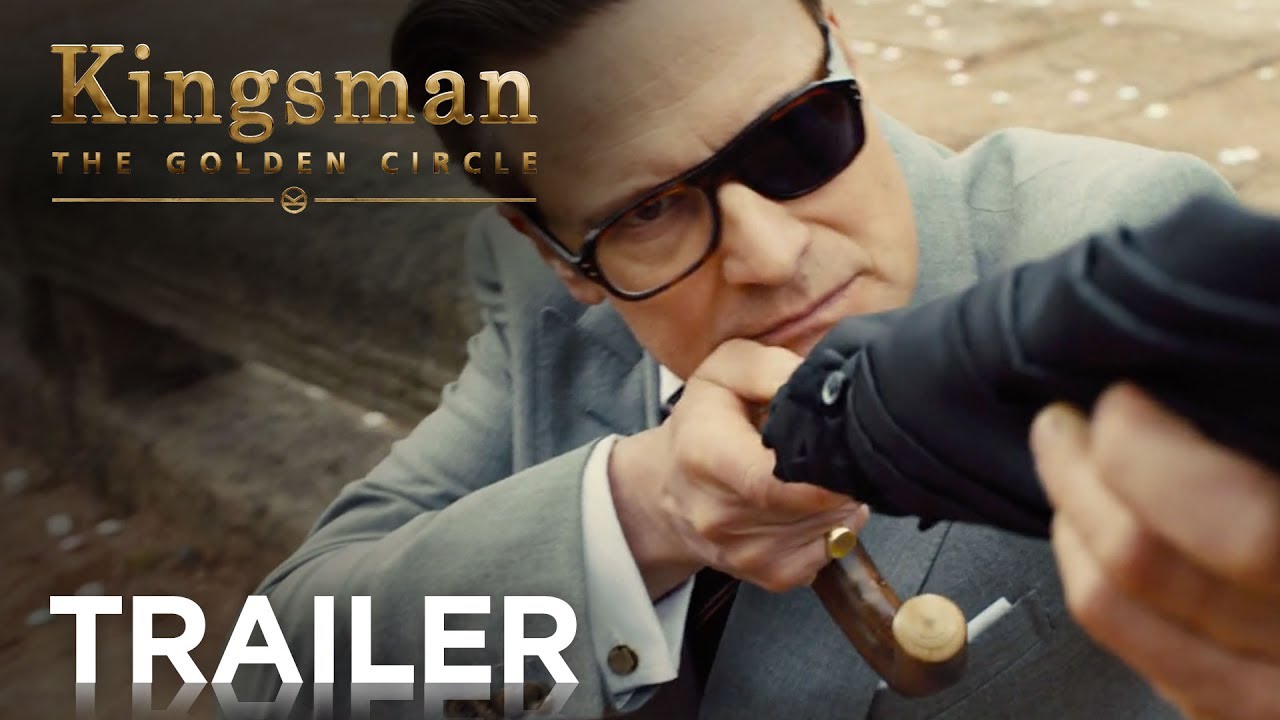