Have you seen It? You will. Over the weekend, Andy Muschietti’s adaptation of Stephen King’s 1986 masterpiece haunted the nation, opening with $123 million and breaking all kinds of box office records, specifically the largest September opening, the largest Fall opening, the largest opening for an R-rated horror film, and the largest opening weekend for a horror film of any MPAA rating. More importantly, it’s also primed to be the most successful film adaptation of King’s work, even taking inflation into consideration with his heaviest of hitters: When their domestic tallies are adjusted, 2007’s 1408 earned $93m, 1999’s The Green Mile collected $232m, 1990’s Misery earned $129m, 1980’s The Shining earned $145m, and 1976’s Carrie burned down the house with $141m. Given the film’s outstanding critical consensus, rampant word of mouth both online and offline, and the fact that we’re only just now approaching Halloween season, it’s safe to say that It will float on by these numbers.

This is great news to any Constant Reader of King’s. After all, the best-selling author hasn’t had the greatest luck when it comes to adaptations this side of the millennium. Following a strong start with Scott Hicks’ 2001 drama Hearts in Atlantis, his work began to stumble with Lawrence Kasdan’s 2003 misfire Dreamcatcher, then completely lose its edge with David Koepp’s 2004 snoozefest Secret Window, and take a detour into oblivion with that year’s virtually ignored Mick Garris adaptation, Riding the Bullet. Three years later, following a glut of flavorless TV adaptations (2004’s Salem’s Lot, 2006’s Desperation, and 2006’s Nightmares and Dreamscapes), King’s work experienced a slight comeback with Mikael Håfström’s 1408 and Frank Darabont’s The Mist, two films that appeared to reclaim the glory of Maine’s finest export, especially the latter with its unforgiving ending that even floored King. At the time, one might have thought we were finally in for a proper reinvention of the author. 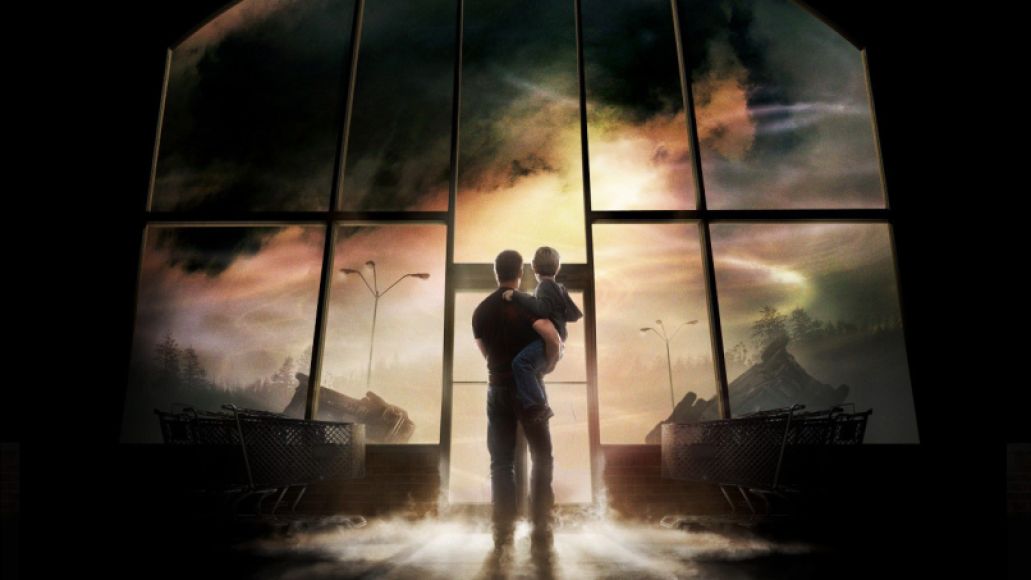 Nope. Instead, we received DTV crap like 2009’s Dolan’s Cadillac, another Children of the Corn reboot that same year, one more forgettable miniseries in 2011’s Bag of Bones, a super lame Carrie remake in 2013, a pathetic summer series with Under the Dome, and an embarrassing waste of talent with 2014’s A Good Marriage. But, like King once wrote, sometimes they come back, and that’s exactly what happened at the beginning of 2016, when JJ Abrams and Bad Robot managed to actually make a successful adaptation, and oddly enough, for one of the hardest stories to adapt: King’s outstanding 2011 novel, 11.22.63. The miniseries for Hulu was perfectly cast, well shot, and brilliantly adapted, chiseling out all the areas that just wouldn’t work for the screen. It oozed with confidence and seemingly kickstarted the King renaissance, which was arguably put into overdrive by the overnight success of Netflix’s Stranger Things around the summer of 2016. That pretty much catches us up.

Now, not everything has been squeaky clean this past year. Spike TV’s adaptation of The Mist was abysmal, one of the worst King adaptations to date, while Sony and MRC managed to turn King’s most imaginative works, The Dark Tower, into one of the most unimaginative sci-fi fantasies of the last decade. Audience’s Mr. Mercedes changed that narrative some, but nobody’s heard of Audience, so until that series drops on Netflix (which it won’t), we likely won’t hear much from that. Still, It changes all of this, and here’s why: It’s a clean slate. Despite being part of a hype train that undoubtedly started early last year, those groundbreaking box office dollars are nothing more than a new ledger for Hollywood suits, who are currently somewhere in a swank studio office, insisting that Brad order Chinese takeout as they sift through any available titles in King’s oeuvre that they can grab the rights to without batting an eye. Don’t believe me? Here’s one that surfaced on Monday. That won’t be the last. 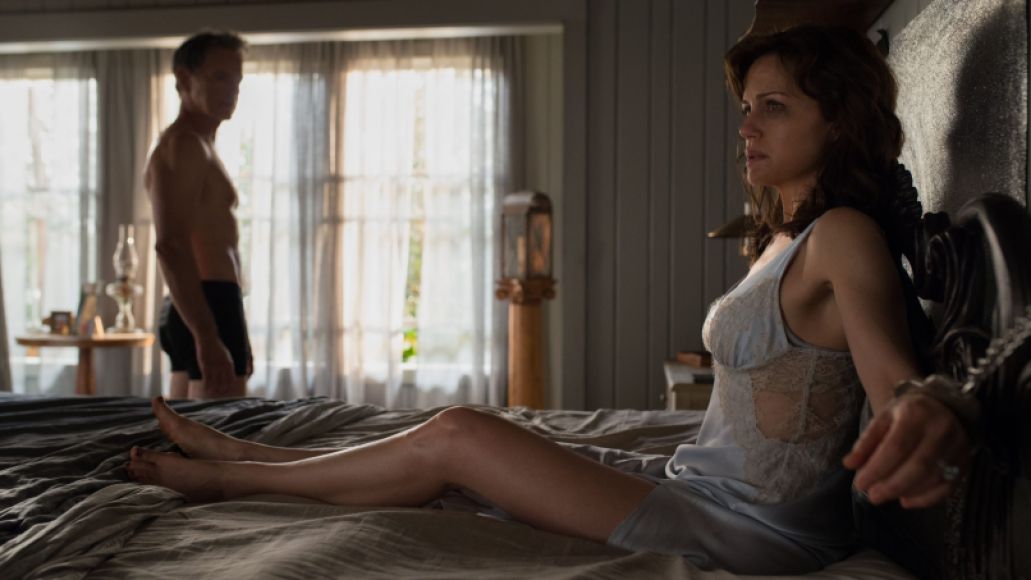 That’s to say nothing about the other adaptations on the way. Already, we’ll have Mike Flanagan’s take on Gerald’s Game hitting Netflix on September 29th, then we’ll see Zak Hilditch’s 1922 follow suit a month later on October 20th, all before a hotly anticipated second season of Stranger Things, which will only fan the flames for more King. They’ll get it, too, especially as we start hearing about all those older projects being yanked out of development hell and put on the fast track. Right now, Josh Boone is working on adapting King’s 2014 thriller Revival for Universal, but if you recall, he had also been developing The Stand in previous years for Warner Bros., only those rights reverted back to CBS Films. Right now, they’re arguably the most lucrative rights to hold, seeing how it’s one of King’s most iconic properties and could warrant any studio at least three films. Needless to say, don’t be surprised if you start hearing news on that gargantuan project in the weeks ahead. It’s only a matter of time.

The same goes for Pet Sematary, another property that has been stewing in hell. Guillermo Del Toro once publicly expressed interest in adapting the story, while Muschietti himself has long been chomping at the bit to helm an adaptation. That’s another one that will undoubtedly be greenlit for a future fall release, maybe the same date as It, seeing how studios love doing the same thing again and again, bashing away at an idea like The Losers’ Club do to Pennywise’s fat clown head. That’s the problem though, isn’t it? Whatever happens in Hollywood — from scandals to flops to behind-the-scenes kerfuffles — nobody ever learns their lesson in Tinseltown, and that’s why it’s very likely this King renaissance could crash and burn before it even sets off. Hey, it’s happened before — ahem, see everything above — but it’s something that can be avoided. Here’s how: quality over quantity. Look, there are a number of reasons why It is performing so well at the box office, from rampant ’80s nostalgia to a total dearth of original mainstream storytelling, but above it all is that the film is of quality. It’s far and away not a hack job. 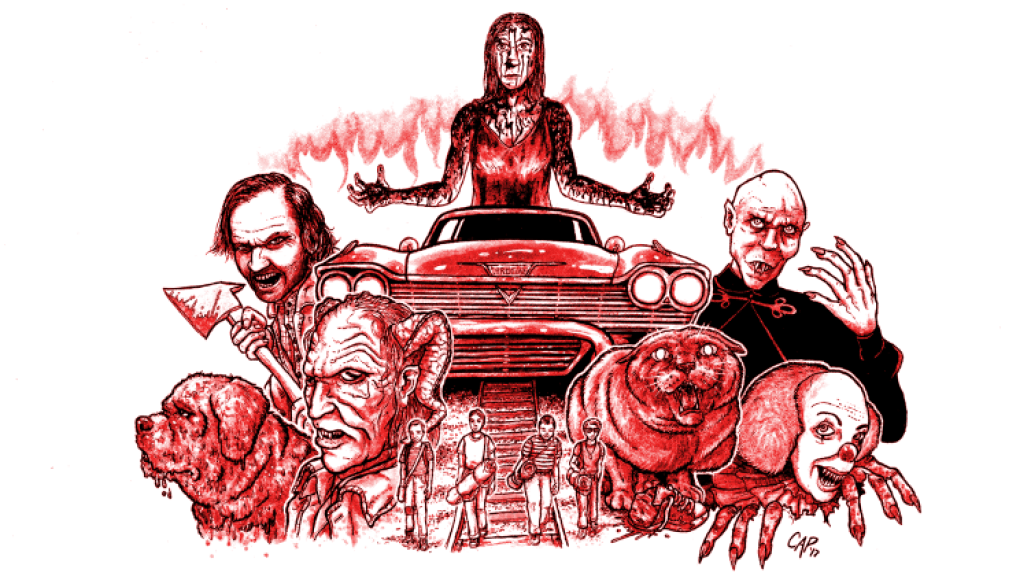 Hack jobs are why every King renaissance crumbles, and it’s mostly because the horror genre warrants such tacky fare. It’s easy to secure rights to whatever story you want, hire a cheap music video director, slap a bunch of hunks and babes together, run ’em through the ringer, and embroider King’s name at the top, but it won’t get you anywhere. Sure, you’ll make out fine in the end, but the endurance just isn’t there for that shit, especially now when more and more people are opting to stay home. No, if you want to keep this gravy train floating with all the other dead kids from Derry, then you need to maintain quality and yet also be willing to take some risks. That includes — gasp — doing some research and finding the right talent for the right source material. What clearly made It so affecting with critics and fans is how Muschietti was able to take Cary Fukunaga and Chase Palmer’s original draft and embellish the details, never losing sight on what makes the narrative a King property and not just some insipid, run-of-the-mill horror film about an evil clown. Again, that means you have to find the right person for the job.

In our recent conversation with Andy and Barbara Muschietti, senior writer Randall Colburn suggested that studios need to see King as an author and not as a dollar sign. That couldn’t be more true. Yes, he doles out some of the greatest genre fiction to ever hit the pages, but it’s not just in the premise alone. There’s a spirit to his works that’s essential, and why he continues to keep selling millions of books again and again and again. Hell, it’s why he was able to rope everyone into reading 2006’s Cell, despite the book itself being quite ludicrous and maddening. Some filmmakers, like Rob Reiner or Darabont or Muschietti, understand that power, which is why their movies are instant favorites among fans. Others haven’t got a clue, which is why our recent list of adaptations is mostly filled with garbage that would scare the rats right out of Jerusalem’s Lot. Fans don’t want to see any more of that garbage. There’s no more room for it. There is, however, wide open space for myriad visionaries to fill with bold adaptations that not only strike the right tone but tell an original story the right way — and they’re just sitting there.

Please don’t fuck it up this time.

Subscribe now to The Losers’ Club: A Stephen King Podcast, presented by Consequence of Sound.

Let's Not Fuck Up This Stephen King Renaissance, Okay?