Regardless of what you believe in spiritually, philosophically, or simply based on the cold hard facts of what you see right before your eyes, it’s impossible to dispute that energy recycles. To bring in easy facts from Wikipedia, “99% of the mass of the human body is made up of six elements: oxygen, carbon, hydrogen, nitrogen, calcium, and phosphorus.” Looking at that list, it’s hard to imagine such things amounting to bombs, stars, lightbulbs, and people, but it’s all the same. When you touch a lightbulb, it burns your hand, and when that hand burns during your body’s curtain call, it becomes basic elements and fragments, which could be made into another lightbulb. All it takes to turn a person into energy is temperatures between 1400 to 1800 degrees Fahrenheit. Like a sparkler on the 4th of July, we’re ignited, we burn bright, we leave a memory trail, and then nothing — but nothing is always something.

From “Part One” of Twin Peaks: The Return, we’ve been following a path of fire and electricity, not knowing where it would lead us, and not knowing how literally to take the elements we were handed along the way, which turned out to be a lot more basic than most of us would have imagined. Through this whole thing, we made ourselves crazy attempting to hunt out clues and connect names with other names. We struggled to very carefully remember things we hoped to be “right” about in the end. But, what this finale has shown us is that hunting for one true conclusion in Twin Peaks is like having a lucid dream and trying to navigate your way home, knowing that home will be different once you get there, but trying anyway because, even in dreams, we think that point A should lead to point B. Grabbing for a match based on where we last saw that match’s flame isn’t gonna get us where we want to go. We’ve got to keep our eyes on the heat. The actual feeling of the thing. This finale felt sad. All 18 “parts” felt sad. The past dictates the future on this show, and we know what that past looked like. Why were we so foolish to wish for any happy endings or concrete resolutions? 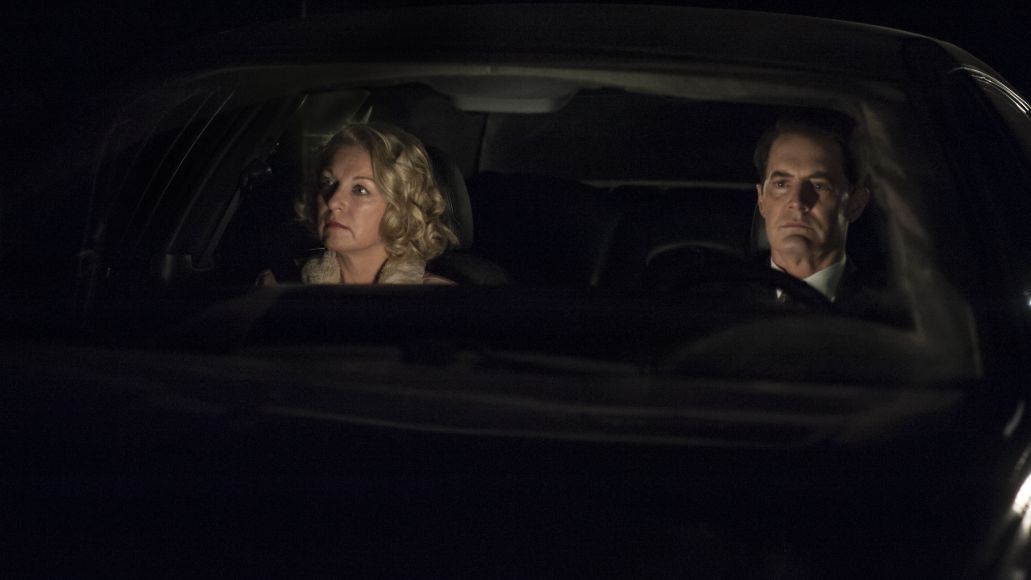 Tonight, we left the two main characters of the Twin Peaks universe, Dale Cooper (Kyle MacLachlan) and Laura Palmer (Sheryl Lee) standing in the street outside of what was, at one time, the Palmer residence. The two had traveled a great distance in near silence through time, space, and geography to bring Laura home but, once there, found that the Palmers no longer lived there. Cooper asks the lady who answers the door, Alice Tremond, who sold her the house and she tells him it was Mrs. Chalfont. Out in the street, Cooper asks Laura, “What year is this?” And then, we hear the voice of Sarah Palmer (Grace Zabriskie) call for Laura from inside the house, only it’s not real, it’s just a ripple in time. This causes Laura to scream and it’s the last thing we hear from the show before the credits roll for good (?) — a verbal door shutting on the possibility of anyone making it “home” here. Cooper may have enlisted the help of Phillip Jeffries to go back in time and prevent Laura from going to the train car that results in her brutal murder, but he still couldn’t save her from the circular misery of her life’s basic elements. Laura is dead, but she’s alive. You kinda have to wonder which she’d rather be now.

Long before The Return was up and running, both Mark Frost and David Lynch told us that Twin Peaks: Fire Walk With Me, the series’ feature-length prequel that came out shortly after the original series ended, would heavily factor in with The Return. As Alice Tremond closes the door on a puzzled looking Cooper and Laura, we’re left chewing on the fact that the Chalfonts and Tremonds have been generational puppeteers of general nastiness in the Pacific Northwest area for god only knows how many years. If you remember, Mrs. Tremond and her grandson used to hang out in the same convenience store as BOB, the Woodsmen, and the Jumping Man. They also lived in the Fat Trout Trailer Park for a bit, but under the name Chalfont. In the original series, Donna Hayward (Lara Flynn Boyle) takes Cooper to their house, but when they get there, it’s occupied by a different woman, but one with the same name. Cooper finds himself in a similar situation in tonight’s finale, which leaves us with the big head scratcher: Are the Tremonds/Chalfonts the original evil of Twin Peaks, or just another dark star in the dreamy sky overhead? 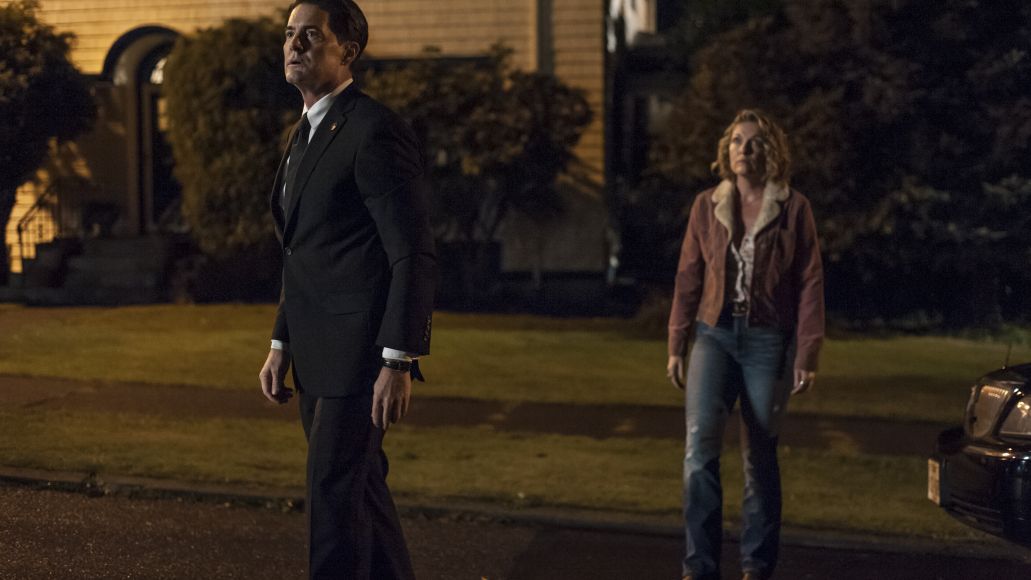 At the beginning of the finale, we learn from Gordon Cole (Lynch) that he’s been keeping a secret for 25 years. Major Briggs had shared this secret with he and Dale Cooper before he disappeared and it involved the answer to “who the fuck is Judy?” Briggs had discovered an entity, an “extreme negative force” called a Jowday which, over time, began to be referred to as “Judy.” The nasty evil that made BOB, the Woodsmen, and the darker forces of the Black Lodge, has been pinned on several names during this show (Mother, The Experiment, etc) but it all seems to fall on the desk of Judy, the real big bad in town. A chunk was taken out of that bad and sent back to the Black Lodge in tonight’s finale when a packin’ Lucy Brennan (Kimmy Robertson) puts a bullet in Evil Cooper, and the rest of the inhabitants of the Twin Peaks Sheriff’s Department help to finish him off. Freddie Sykes (Jake Wardle) fulfills his destiny by socking the essence of BOB, removed from Evil Cooper by the Woodsmen, like a black puss-filled balloon punch ball. Once properly vanquished, Cooper places the Owl Cave ring on his doppelgänger’s finger and sends him back to the Black Lodge. During all of this, we also learn that yes, Diane (Laura Dern) does = Naido (Nae Yuuki). And yes, Janey-E (Naomi Watts) and Sonny Jim (Pierce Gagnon) get a knock on the door from their very own, newly manufactured Dougie.

Reunited with the real Diane, at least for the time being, Cooper takes her along on a car ride that’s exactly 430 miles away, past the ominously buzzing power lines that they both fear will change their current situation from one thing to another, which they do. They stop at a depressing looking motel for the night and while Cooper is checking them in, Diane sees her tulpa outside, so we know the change that they feared is already underway. In the room, Cooper demands total darkness, which seems weird, and the two have sex that doesn’t seem entirely loving. Diane rides Cooper, her spine protruding in a way that is uncomfortable to look at, and puts her hands over his face, and not in a sexy way either. Neither party seem to get release from the act, unless tears count, and when Cooper wakes up Diane is gone. On the nightstand, however, is a letter addressed to Richard from Linda, as though that’s who Cooper and Diane are at this point. 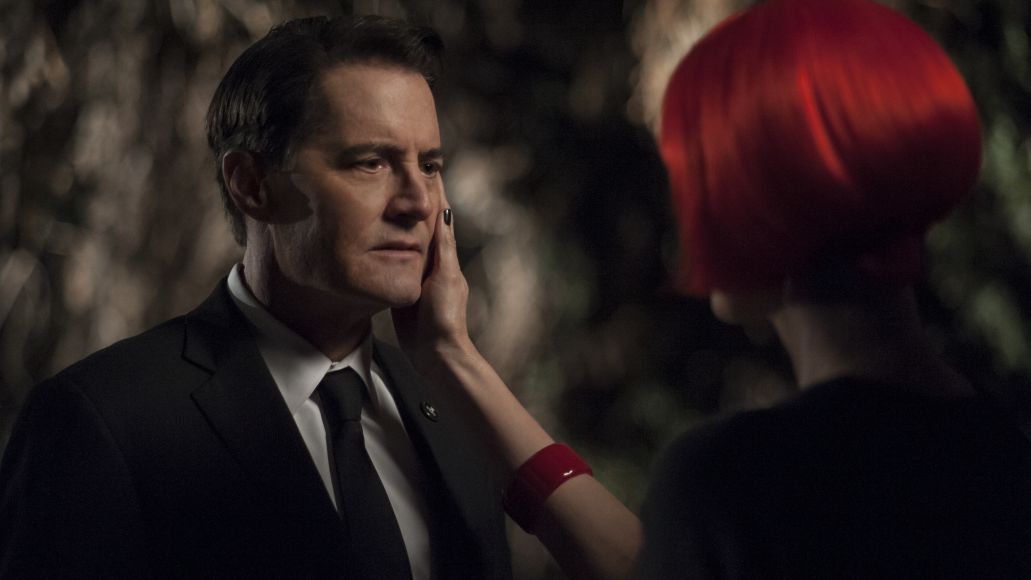 We’re confused by this, and Cooper is too, but now we kinda know what The Giant/Fireman was talking about in “Part One” when he told Cooper to “remember 430, and Richard and Linda.” Kind of? Not really. In a world where people swap faces and bodies, swapping names doesn’t seem like that big of a deal. Nevertheless, when Cooper tracks down Laura Palmer, she has no memory of that name and introduces herself as Carrie Page. Granted, she’d have no reason to remember Cooper, because Laura Palmer never met him during her original lifetime, but she quickly agrees to leave with him anyway, asking if she needs to bring a jacket, and paying no special attention to the dead man buzzing with the flies in her living room. Really, when you think about it, Laura and Cooper, whether by those names, Richard and Carrie, or Santa and Mrs. Claus, are the best possible people to see us to the door at the end of these 18 “parts.” It’s a familiar scene: Cooper looks dapper and pensive, Laura is shrieking, and we’re (possibly) left with 25 more years of questions and rampant theories.

Thank you for this beautiful gift, Twin Peaks.

LET’S WRAP IT UP

“Part 8”: Woodsmen, Black Lodge origin story, and the little girl with the frog in her mouth. Can we all agree now that that was Sarah Palmer? Seems likely. You saw her smash that photo of Laura, right?

Woodsman in Jail: That very first appearance of a Woodsman in the jail cell down the row from Bill Hastings will haunt my thoughts forever.

Richard Horne: I can’t help it. I always love the villains

BEST QUOTE FROM THE FINALE

“Not where it counts, buddy,” Gordon Cole says after Albert tells him he’s getting soft in his old age. 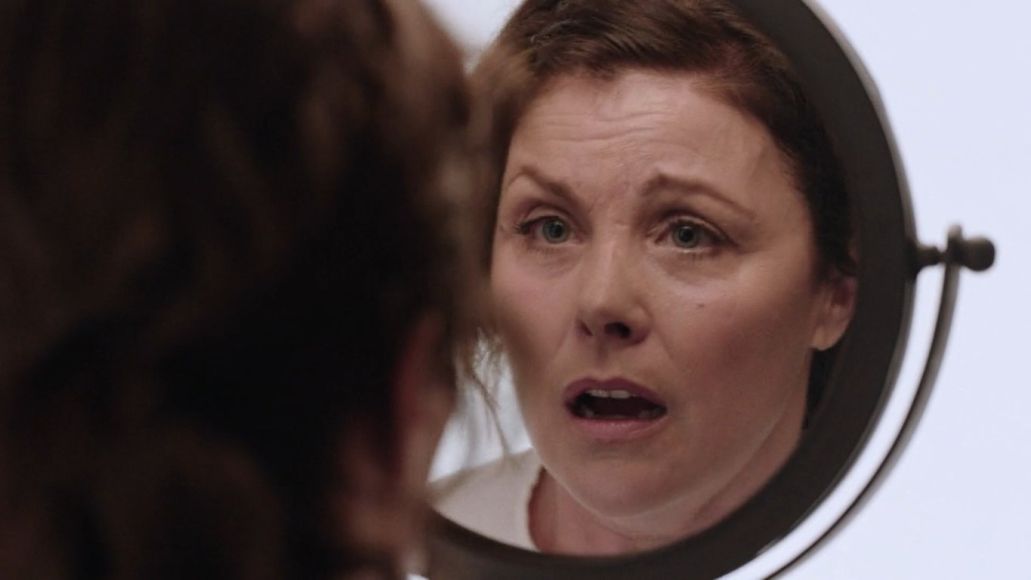 Red: Seems like the character Red could have been good for a lot more than magic tricks. Oh well. My editor was really hoping to see him get his ass kicked by Bobby.

CHARACTER WHO GOT DISSED THE HARDEST BY DAVID LYNCH

Donna Hayward: Not one mention aside from Laura looking at her house as she drove by with Cooper (I think that was her house?) in “Part 18”, as if to say “Bye, Donna Madonna, I never knew ye.”

Sonny Jim: I still kind of think it. 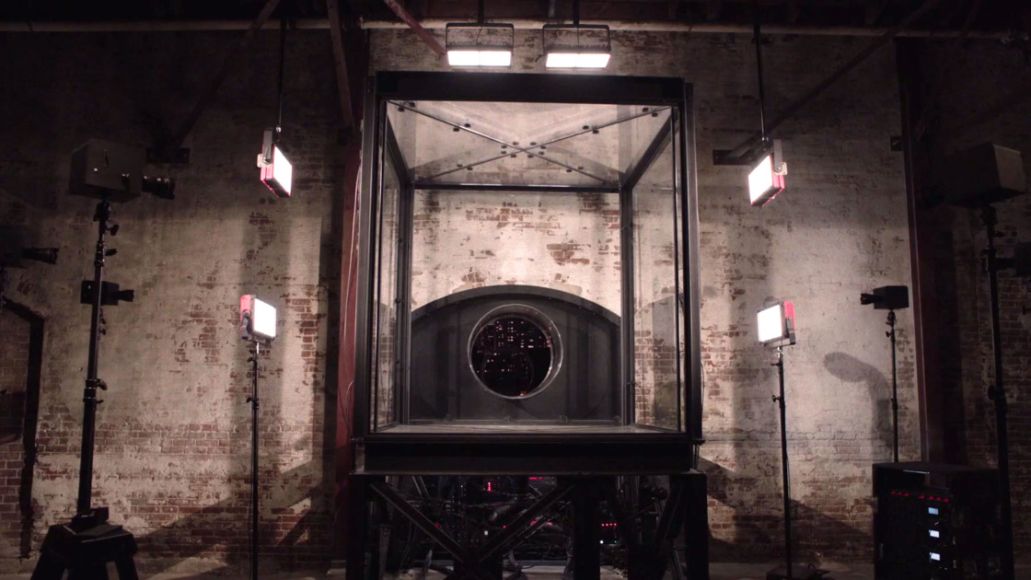 The Glass Box in NYC: Remember the box? That was fun.