Additionally, as an extension of the event’s title, each show sported a different donut flavor theme, which would loosely influence that evening’s setlist (they covered “Way Down in the Hole” on donut hole night for example). These sweet treats were given out to all attendees upon entrance, and presumably were inhaled within five minutes. One concertgoer, however, is now looking to make a buck off these free giveaways.

As Relix points out, eBay user mstrjollo has collected a few of these donuts and is selling them off for as much as $499 each. It’s a mighty steep price for such a piece of band merchandise, but at least it won’t go bad or get moldy. A pretty meticulous preservation process was employed, as the eBay listing details:

“The Donut was immediately frozen, then freeze dried. Treated with color preservatives and clear vinyl compound then set in a polyester plastic compound. Total of 4 week process.

The majority of these donuts were eaten immediately. This is a very rare piece and will last… forever.

Each donut was given out by a member of Federal Donuts during one of the thirteen consecutive shows Phish played at Madison Square Garden July 21 – August 6, 2017.”

Head here for more information on these donuts. See more photos below. 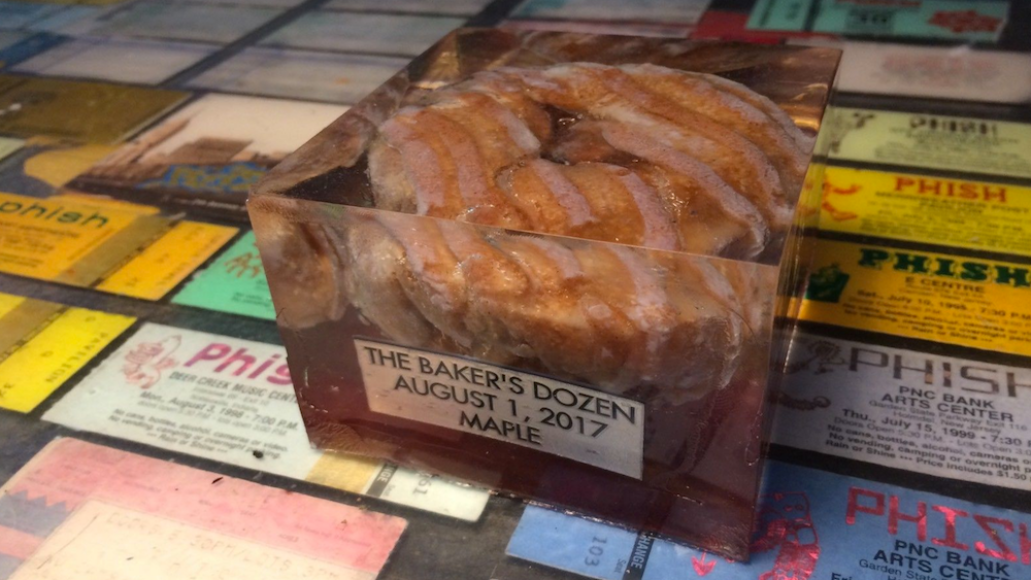 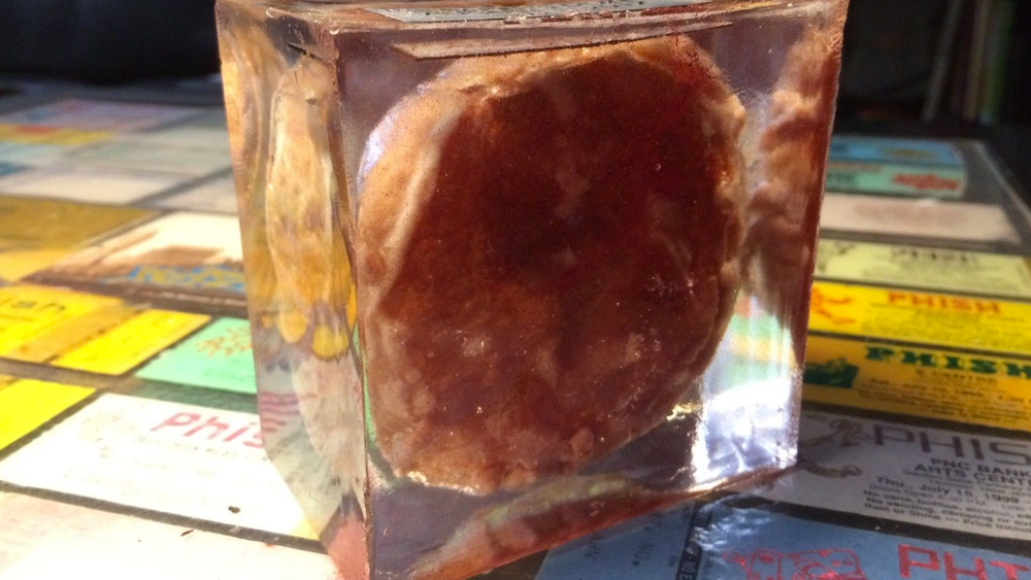 Someone is selling Phish's "Baker's Dozen" donuts for $499