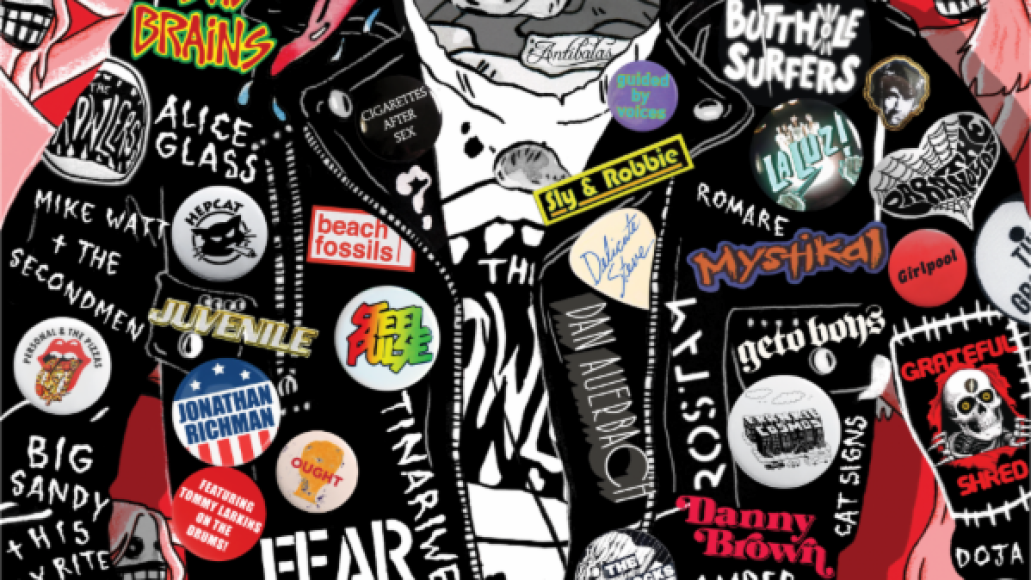 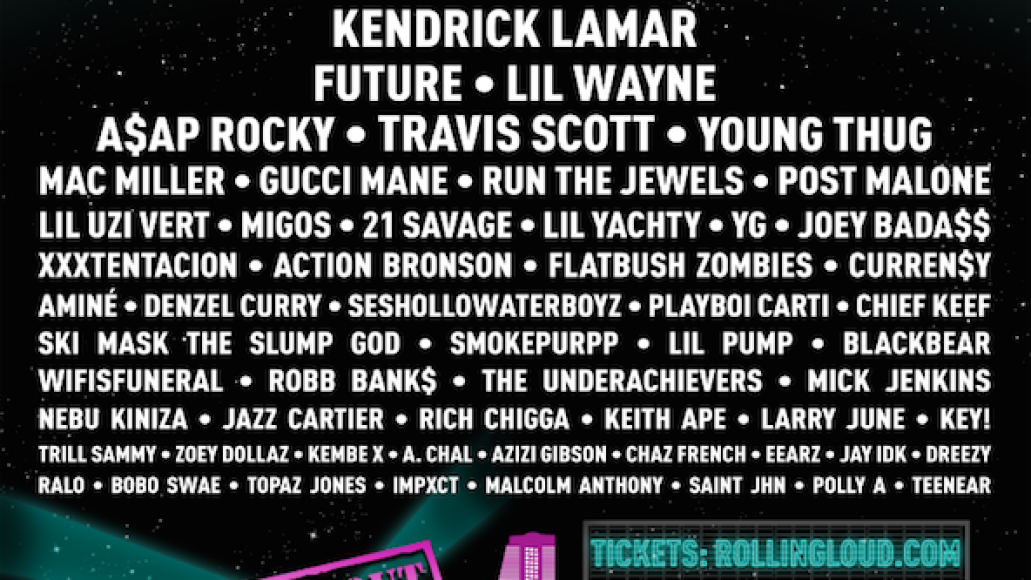 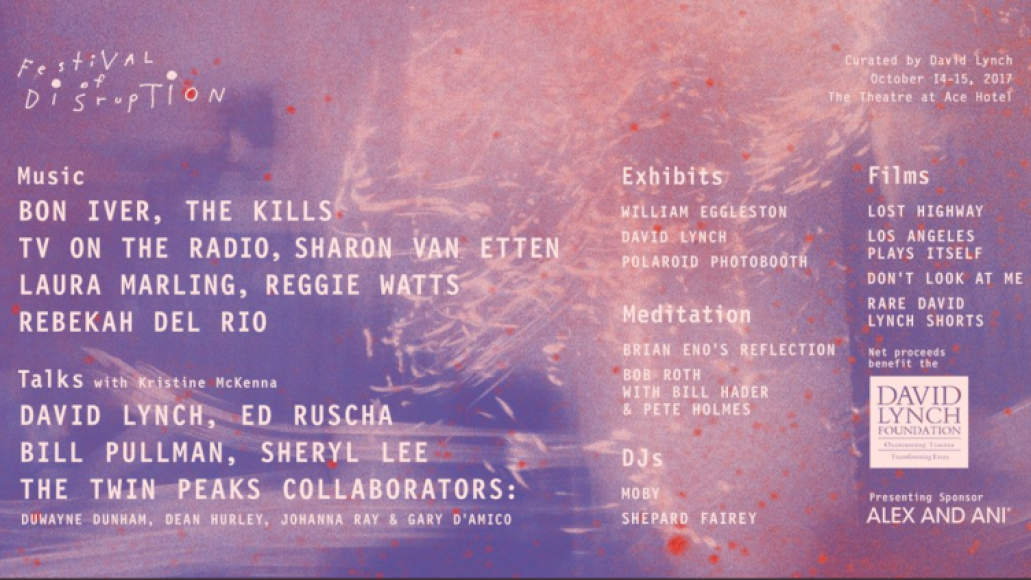 MVP Headliner: David Lynch so often exists behind the curtains. So when he does come out to talk, he’s likely to turn some heads, and that’s exactly what his Festival of Disruption did when they announced the acclaimed auteur would be sitting down for a full-length conversation. That’s quite a 180 from last year’s inaugural installment, where he acted more like Oz, poking his head out at the very end for a good minute before disappearing into the night, never to be seen again by the general public. Couple that sense of mystery with the fact that this will arguably be his first major interview following this past summer’s Twin Peaks: The Return and you have arguably one of the most valuable bookings of any festival out there.

Best Gets: It’ll be interested to hear from Sheryl Lee, who’s been put through the ringer as Laura Palmer over the years. She’ll undoubtedly have some incredible stories to share, and given how things ended for her character on The Return, a few anecdotes may even prove quite revelatory. On the musical front, however, one has to imagine Sharon Van Etten will have some new tunes to share, seeing how it’s been two years now since her last release, 2015’s Don’t Want to Let You Down EP. And we’ll never not want to watch Rebekah Del Rio burn down the house with her lungs.

Added Value: Well, TV on the Radio hasn’t released anything since 2014’s Seeds, so they’re due for something new. Moby’s DJ sets are always a thrill, and his ties to Lynch go deep, so he could easily take us for a ride through the Black Lodge. Then there’s Bill Hader, another recent addition, whose career runs the gamut from writing to producing to acting. He’ll no doubt have plenty to talk about, especially since his new HBO series, Barry, is right around the corner and finds him playing against-type as a low-rent hitman living in Los Angeles. Should be fun.

Can’t-Miss Rookies: There aren’t too many rookies on this lineup, admittedly, so we’ll go with Shepard Fairey. Who doesn’t love that guy?

Final Thoughts: At this point, festivals are either going to evolve or die. As more and more juggernauts get picked up by the Live Nations and the AEGs of the world, lineups will only continue to look more and more homogenized. That puts the pressure on the boutique festivals to change the game, and while Goldenvoice has been doing most of the heavy lifting in that area, they’re fortunately not alone. Lynch’s Festival of Disruption is quickly becoming a part of that pack, shaking things up by eschewing the traditional and aiming for more fringe fare. Last year’s festivities felt very emblematic of Lynch’s signature brand, programming artists and creatives who are challenging the ways we might attempt to resolve the future, not just with performances but elaborate talks, intuitive galleries, and engaging installments. That’s the case for this year, too, which bodes well for the festival’s vitality, and seeing how they have major plans to expand into other markets, that’s not only good news for them, but for the industry as a whole. 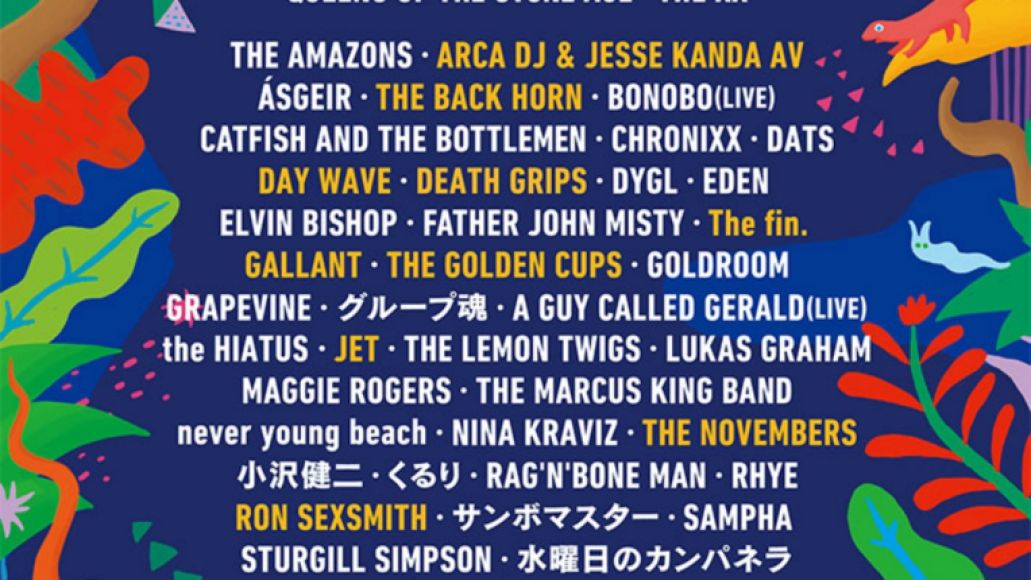 MVP Headliner: One tiny glimpse at the Fuji Rock lineup and you’ll suffer from non-stop whiplash — of the neck from excitement, of the eyes from blinking so fast through the list, and of the heart because you know this festival is on the other end of the world. The bewitching magic of Björk, evocative allure of Aphex Twin, and magnetic charm of Gorillaz is enough to satisfy a wide palette of music lovers, but the cup that giveth hath runn-eth over: LCD Soundsystem, Lorde, The xx, QOTSA, Father John Misty, and Slowdive. But, who was the MVP Headliner? The smorgasboard of Björk/Aphex-Twin/Gorillaz, of course.

Best Gets: I mean, we mentioned Aphex Twin and Björk played Fuji Rock, right? Because Aphex Twin and Björk played Fuji Rock. Talk about some eccentric heavy-hitters! You don’t always get the chance to see these two, so when they’re both on a bill, you know your festival is doing something interesting. Beyond that (if you were even capable of getting your brain to keep clicking after you saw those names at the top), you had fellow electronic wonders LCD Soundsystem and an Arca DJ set, as if your top-tier eclectic beat craving could handle anything else.

Added Value: While he might not yet have established himself on US festival circuits, Shugo Tokumaru’s whimsical music wonderlands have driven the following he deserves in his native Japan. His intricately arranged bedroom pop seems almost impossibly adorable and engaging on record — and then somehow he and his orchestra of hyper-talented musicians manage to recreate them live, with every magical detail! As if you needed more reason to travel to Japan, look up some clips of Tokumaru and other Japanese acts, like theatrical rock outfit Group Tamashii and hip-hop duo Tha Blue Herb.

Can’t-Miss Rookies: As if the Pharrell-tipped Maggie Rogers needed more of a bump, she’s garnered valuable spots at huge festivals. And, lucky for us, she’s got the chops to deliver. The Maryland-born singer-songwriter’s quirky electronic pop tracks show off her classical music roots and thrilling, intimate vocals, as well as an idiosyncratic approach that won over the Neptunes hitmaker. If you’ve caught onto the hype but not yet gotten the chance, she’s a must-see. Add in fellow emotionally charged, electronically influenced songwriter Sampha, and you had quite the compelling afternoon.

Final Thoughts: This year’s Fuji Rock was a top-flight festival even outside of Japan, which is why so many of us were wondering, Is Japan a long flight away? Is it? Well, considering the unique experience that this surely was, from Björk on down to discovering amazing Japanese artists you haven’t yet heard, there was enough here to pluck down the money, the time, and the energy to chase after one hell of an adventure.