When little Brian Hugh Warner was born in 1969 on a chilly day in January, his hometown of Canton, Ohio, must have surely felt a tip in the scales. On January 4, 1969, Canton was known primarily for being the home of the National Football League Hall of Fame. One day later, it officially became the birthplace of Marilyn Manson.

It must have been hard for Warner to spend his formative years in a city pre-disposed to giving artsy types the stink-eye, but, as other artsy types will tell you, being an outcast in your town only fuels the fire of creativity. If Warner had sprouted from Brooklyn, he wouldn’t have had anything to rebel against, and chances are there would have never been a Marilyn Manson. But that frigid Ohio soil. Yeah. That’s the stuff for growing truly hearty weirdos. Being forced to attend conservative schools doesn’t hurt either in this instance, which Warner did at Heritage Christian School up until the 10th grade.

(Read: A Conversation with Marilyn Manson)

To get a clear picture of how Warner’s hometown views him, you need only reference a Cleveland paper’s 2013 review of a “homecoming” show he performed at House of Blues. In the review, the writer, Chuck Yarborough, opens with “it’s kinda hard to write the phrase ‘local boy makes good’ when the local boy is Marilyn Manson, whose idea of good is evil.” And shortly after calls him “a little long in the tooth to be doing the metal thing.” You can almost picture Warner, clad in full goth regalia, complete with dental implements shoved in his mouth, crumpling up the paper containing the review and stomping his shin-high buckle boots in protest. 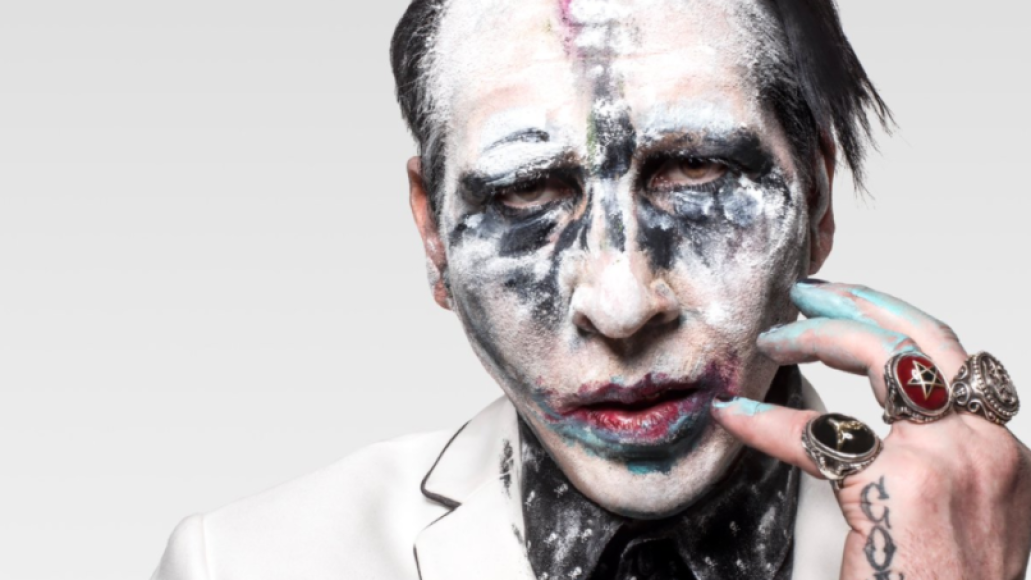 The reality is, whether Canton embraces their dark Kal-El or not, his success is hard to deny. He carved out a path for himself creatively that no one had ever seen go down prior to the release of Marilyn Manson’s debut album, Portrait of an American Family, in 1994. Sure, we were all familiar with the darker, more theatrical elements of punk, industrial, and goth by then, thanks to bands and artists like My Life with the Thrill Kill Kult, Nina Hagen, Grace Jones, and Nine Inch Nails, but Marilyn Manson put his own special twist on things. Produced by Trent Reznor, who Manson went on to collaborate with a great deal over the years, Portrait of an American Family brought songs like “Cake & Sodomy” into the homes of alternative music fans who had previously been sulking through the mall in Pearl Jam and Green Day t-shirts. No one was ready for Marilyn Manson, but everyone was eager to talk about him once he had arrived. It had been awhile since a band as divisive as this one came around, and Manson was only too willing to keep people questioning whether it was okay to enjoy songs about poop and Satan as much as they did.

A Brief History of Marilyn Manson Being Strange