The following review was originally published as part of our coverage of the 2017 Toronto International Film Festival.

In 1945, at a time when irate citizens are collecting and burning the Wonder Woman issues in their communities, the man behind the comics, Dr. William Marston (Luke Evans), is forced to defend his creation to a committee concerned with the morality of American youth. The group, led by a brusque Connie Britton, are particularly concerned with the series’ obvious S&M themes, but the psychology professor-turned-superhero visionary argues that it’s all part of his quest to help elevate the status of women through popular culture.

As Professor Marston begins to explain the genesis of the character and mount a passionate defense of her importance, Professor Marston flashes back to 1928 at Radcliffe. Marston and his wife and partner, Elizabeth (Rebecca Hall) – who should also be Dr. Marston, but Harvard refuses to award her the degree that she earned because she’s a woman – are two brilliant psychology researchers looking for a new assistant. When they settle on Olive Byrne (Bella Heathcote), a smart young woman who’s tired of people underestimating her because of her beauty and longing for an intellectual challenge, they embark on a professionally and personally rewarding relationship that will redefine themselves and the comic industry. Cutting between these flashbacks and his testimony, Professor Marston and the Wonder Woman tells the true life origin story of how a kinky, loving and lifelong relationship between William, Elizabeth, and Olive inspired the most popular female superhero of all time.

It’s a solid framework for an historical biopic, if a predictable one. Professor Marston is as traditional in structure as it is divergent in content. And, arguably, that is in itself subversive. Angela Robinson, who wrote and directed the film, has managed to take what could have been a tawdry or salacious look into Wonder Woman’s naughty roots and give her real-life characters – and their genuine love for each other – the same amount of respect that any vanilla, monogamous heterosexual historical figure would receive. When portraying their professional lives, Robinson keeps the focus on their collective genius and the work they produce. In their personal lives, the threesome’s developing love is received and portrayed earnestly, with no winking asides, leering exploitation, or even any undue dwelling on the price that the three of them pay for building a family together.

The way that the trio’s relationship and their involvement in the BDSM community is portrayed isn’t the only touch that makes Professor Marston and the Wonder Women revolutionary in its subtle way. The level of love and respect that William, Elizabeth, and Olive have for each other is still rare to see on film. They are intellectual equals and even partners in their shared lives – and, when they’re not, it’s an actual issue up for discussion. This dynamic also comes across in the sex scenes; there is maybe no better and sadder testament to the current state of the Hollywood love scene than the sheer relief with which many critics have already praised Marston’s threesomes for their obvious concern for female pleasure and agency. It’s also refreshing how the creative process is portrayed here, not as a sudden strike of genius, or a response to outside influences, but as the evolution of ideas and ideals through which William explores the world with his partners.

While the ideas of Professor Marston and the Wonder Women are inspired, though, the execution of it is somewhat less so. The film is well-made and well-performed – particularly by Hall, who puts in another potentially Oscar-contending turn as the sharp and self-possessed Elizabeth – but the narrative structure often runs like clockwork to the point of tedium. Montages of what should be truly interesting material, such as the two academics and their assistant developing and testing the lie detector, proceed at a paint-by-numbers pace. The musical cues are hokey, and the soundtrack could easily double as a generic greatest-hits collection of the jazz era. The film’s efforts to juxtapose 1945 paeans to Wonder Woman and the strong and brilliant womanhood of her character with moments that illustrate similar qualities in the women in his life are rousing enough, but also heavy-handed.

Perhaps it’s unfair to expect one film to accomplish so much, though. Again, it is entirely possible that a slightly bloodless prestige drama that can be comfortably screened and celebrated at high-profile film festivals is its own sort of victory for real-life intellectuals and human beings who suffered dearly for both their work and their private lives in their own time. It’s a film with a good thesis and great representation for the sort of ideas and people who are often relegated to the shadows of polite society. But somewhere, lurking in all of this awards-worthy respectability, is a story that could be every bit as revolutionary and stimulating (both intellectually and sexually) as Wonder Woman was when she first premiered. It would be wonderful to see that version onscreen, someday. 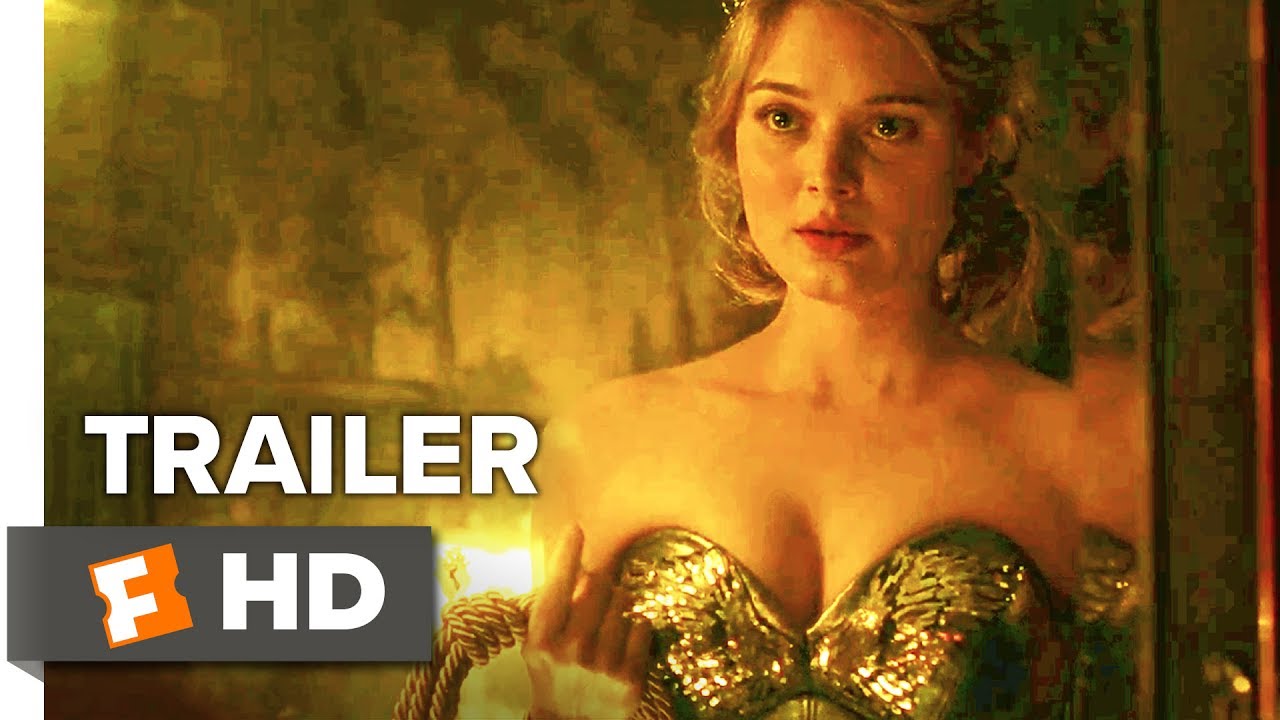