St. Louis rapper Smino released his acclaimed debut album, blkswn, in March. Since then, he’s been touring in support of the release by opening for SZA on her Ctrl tour. Last night, he shared a new track, “Sorbet”, to celebrate his 26th birthday.

The playful new song is produced by fellow October baby and previous collaborator Sango. It opens with a birthday voicemail from Smino’s friend Akenya. Then, the kick drum comes in and Smino shows off with some clever, quick-tongued rhyming. “We don’t stand for no Star Spangled Banner (nah, nah),” he raps. “This a lil’ flip in the seat like a bag of Davis/ No fatigue on my banner (on God)/ I said, listen lil’ flip.”

“Shout to errbody who ever put somebody on lil ol me,” Smino wrote in the song’s description. “Dis me jus havin fun wit it. Hope y’all enjoy, dance, smile to it.” Hear it below. 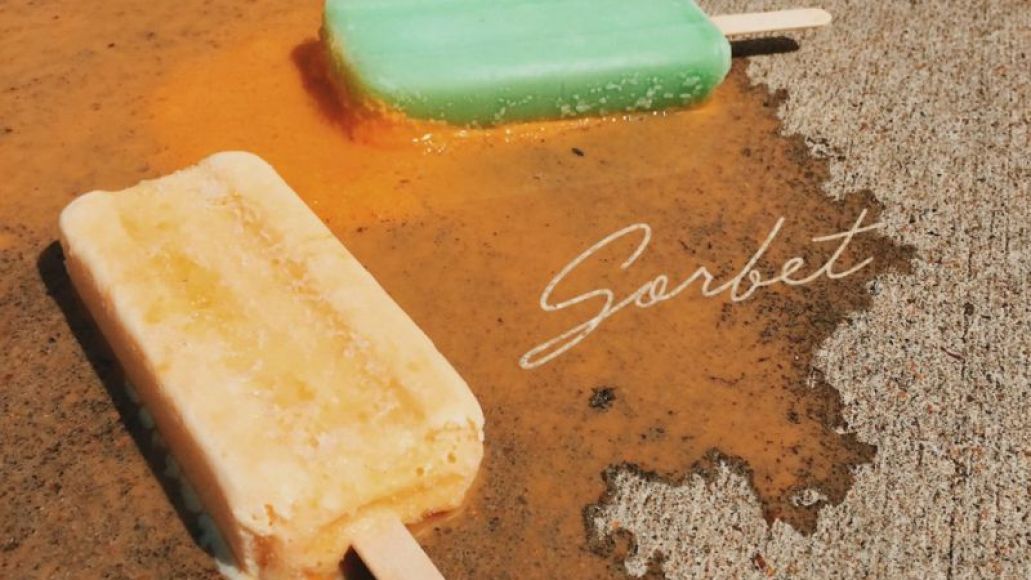