Ever felt overwhelmed by a director’s extensive IMDB page? In Five Films is here to help, offering a crash course and entry point into even the most daunting of filmographies. This is your first step toward fandom. Take it.

Perhaps the most distinguishing trait of Richard Linklater’s films is how natural they feel. Linklater’s the master filmmaker whose vision is less defined by his singularity and intensity, and more by his patience, curiosity, and spontaneity. His debut Slacker may seem like an atonal amble across Austin, but the experimental debut shows a director of limitless potential, and in effect, cinematic courage and coolness. Just when you think the film’s pegged down, Linklater throws a curve ball and sneaks in greatness in many forms.

Dazed and Confused is total ambience, addled adolescence taking on universal qualities that, come the closing credits, becomes a film that you hope will never end. School of Rock may be mannered rebellion, but it’s so proud to be loud, and stick its neck out among preppy strangulation. And the list goes on with organically groovy films that sneak in grander meanings amidst seemingly minor forms. 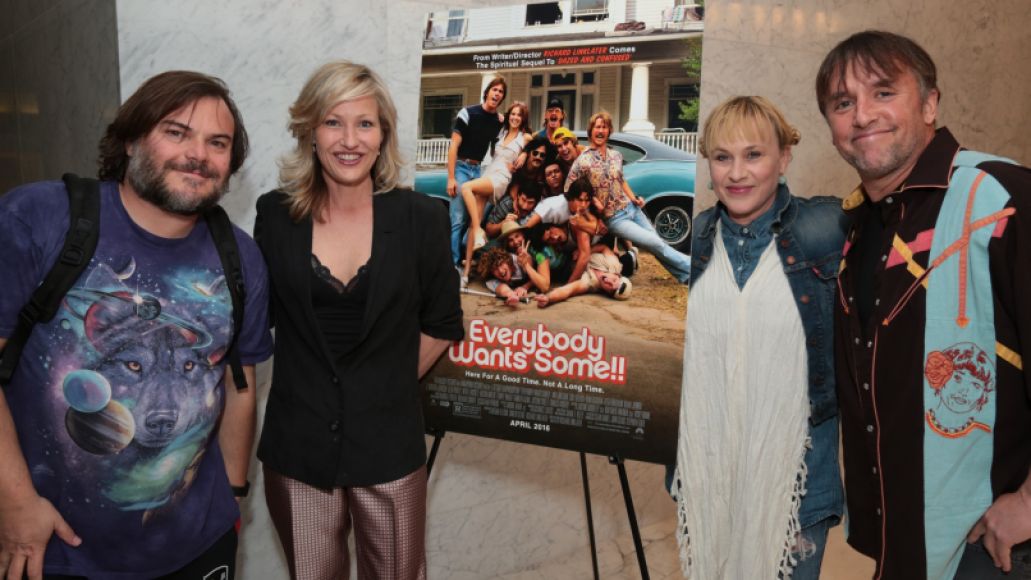 Patient and sneakily perceptive, Linklater has defined himself as an eternally unsung hero in modern American independent cinema. He’s a director who’s found a niche by headlining his processes: filmed over x amount of years, or framed with innovative new animation techniques. Yet Linklater’s a director who is inimitable, and whose natural invention allows for timeless rewatching and reinterpretation. Arch and witty, or abstract and outspoken. Linklater has a style all his own.

Yet, who is this Linklater? This self-taught film society punk? And how’d he get so good at making it look so easy?

With his banged mop-top and laid-back Austin weird demeanor, betcha it took you a moment to realize that Richard Linklater is one of the most casually important filmmakers of the modern era. He’s the unexpected love-child of Altman, Godard, and Roy Rogers. Linklater’s based his life’s work around quiet conquests. He is a pragmatic populist as well as a daring and unexpectedly sympathetic avant auteur; a thinker that’s happy to invite you into his parties that’re actually just old friends hanging around with a little too much to drink and a lot of great stuff to express. Because of the diversity of his career, his daring transitions from genre to jaunt, it’s almost a fool’s errand to encapsulate the man in just five films. But boy howdy, will we try.

A Beginner's Guide to Richard Linklater