The Sunday Matinee takes a look at a classic or beloved film each weekend. This week, we’re cloning our mixed feelings over Alien: Resurrection as the film celebrates its 20th anniversary.

On November 26th, 1997, Ellen Ripley returned to the big screen in Alien: Resurrection — well, kind of. Technically, Sigourney Weaver was playing Ellen Ripley Clone 8, but nobody really called her that, not even 20th Century Fox. No, they basically centered their entire advertising campaign around the idiotic notion that they were heroically bringing back one of the greatest heroes of all time, despite the fact that her tragic death in David Fincher’s (cruelly underrated) Alien 3 was not only at the insistence of Weaver but a final statement of the character’s own trials and tribulations.

But whatever. Who cares. Hollywood, am I right? Naturally, the studio relished the blockbuster concept, selling Weaver as a Super Ripley of sorts, what with her ability to bleed acid, charm xenomorphs, and confirm that basketball was still a thing in 2379. But really, they were backpedaling on the story of its predecessor, which literally shut the door on the franchise. Why? For the same obvious reasons the Weyland-Yutani Corporation keeps sending out blue-collar space jockeys to investigate lousy, super-dangerous planets: hubba, hubba, hubba, money, money, money — who do you trust? 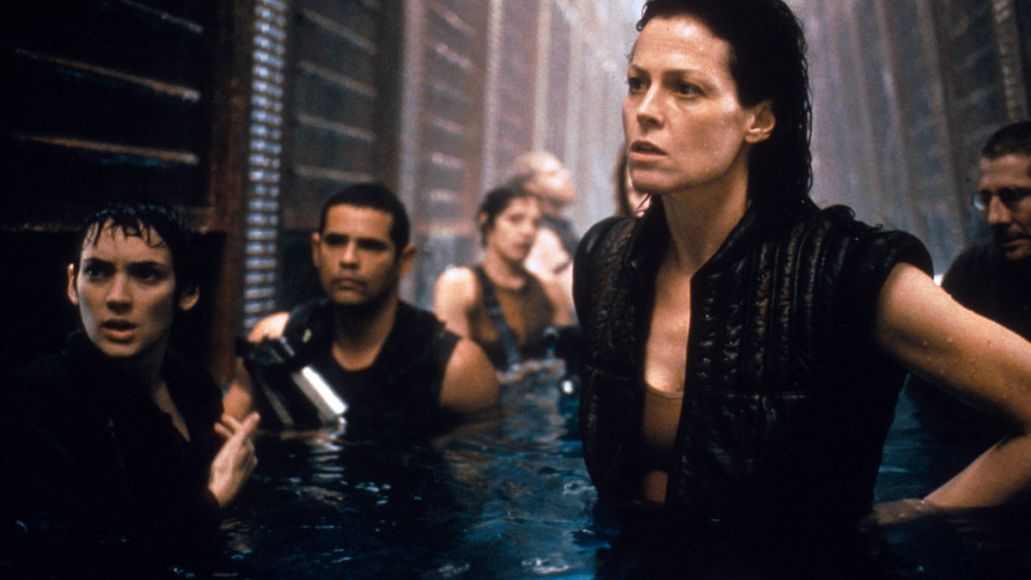 At the time, audiences trusted Fox, who had found a way to bring back their favorite Oscar-nominated hero. After all, everyone thought the Alien franchise was dead, kaputt, game over, man. But, Alien: Resurrection — by way of a dubious cloning story line — made it so that there could actually be life beyond Alien 3. And let’s not pretend that film was beloved; even now, the movie is a marginalized piece of filmmaking. For instance, when Alien Day went down in April 26, 2016, and audiences were treated to marathons across the country, there’s a reason they stopped at Aliens. They knew.

They knew it’s not a popular movie by any stretch of the imagination. Instead, it’s a gritty sequel that twists and turns with unforgiving results, ending in an actual inferno that not only consumed its A-list star but also the fanbase. It’s depressing! It’s brutal! It’s uncomfortable! Looking back, the film is almost an anomaly in and of itself, and there’s no chance in hell any studio would green light something like that today. No way. No how. No sir. Admittedly, part of the film’s “charm,” for lack of a better word, is that rare experience, but it’s also because it says so much about studios then and now. 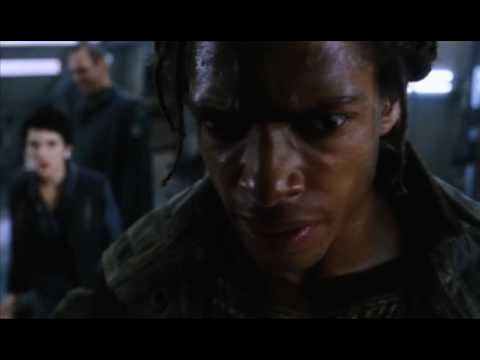 Not long ago, studios were willing to respect the franchise, valuing story over dollars, and Alien 3 is a testament to that power. Blame it on their star’s demands — because, let’s be honest, that was a huge part of making that ending a reality — but they still went ahead with it. And, in hindsight, it was really for the better: It’s a dismal bookend that complements the disturbing world Ridley Scott created, and the allusions to abortion and AIDs offer such an empowering, quasi-Christ-like sacrifice to a character that had gone through hell and back so many times it would be perverse to do it again.

That’s why Alien: Resurrection is so disappointing — both then and now. It shoots a flamethrower on the entire franchise, over what was once a wholly unified trilogy, and commits some of the greatest sins in Hollywood filmmaking. For starters, the premise itself pays gluttonous fan service by indulging in their superfluous grief over losing a beloved character, while also subjugating that story’s world to a lackadaisical deus ex machina (i.e. cloning) that subverts the franchise in all the wrong ways. Gone are the hefty stakes, the emotionalism, and the bewilderment, all in lieu of ironic action. 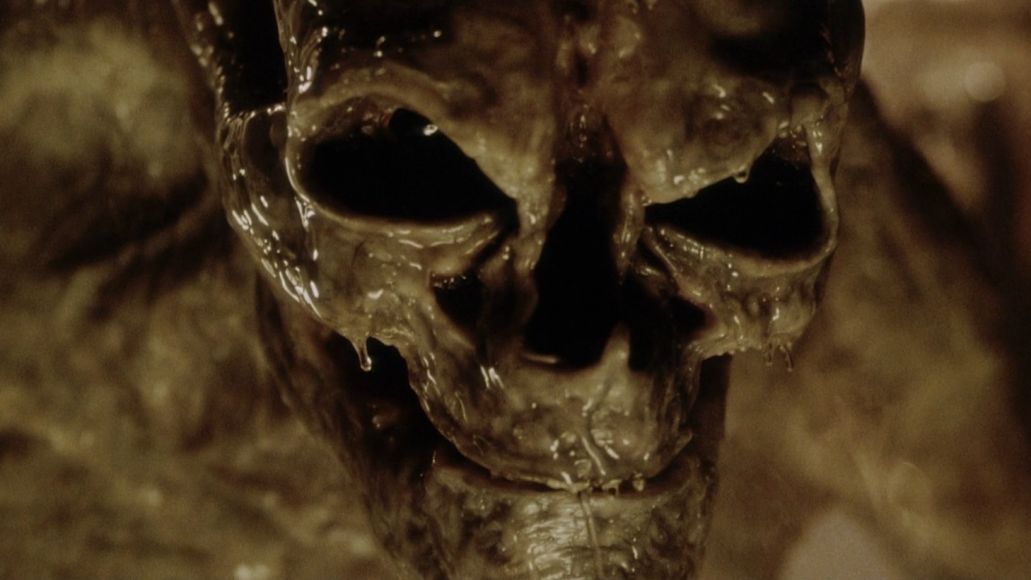 Even worse, said deus ex machina set an incorrigible precedent for Hollywood sequels. By pulling Ripley out of hell, they essentially proved that anything goes, that it doesn’t matter how far out of reach something may be, that anything can be reset. Seriously, when you actually look back on all the sequels that have arrived in the wake of Alien: Resurrection — from 1998’s Halloween H20: 20 Years Later to 2006’s Superman Returns to 2015’s Terminator: Genisys to next year’s second reboot of Halloween — it’s not long before you start to notice a trend. Sadly, it’s become ubiquitous among most franchises.

That’s not to say it isn’t fun or of quality. To the studio’s credit, they tapped some extraordinary talent for their fourth go-around, hiring The City of Lost Children visionary Jean-Pierre Jeunet and then-rising screenwriter Joss Whedon, who both take some major creative liberties to make this their own thing. But that’s what, in turn, makes the film so complicated: Because for as ludicrous as it gets — and yes, this film turns batshit crazy super fast — there’s still enough to appreciate on its own. The underwater sequence, the xenomorph escape, Brad Dourif, the whole “kill me” sequence… 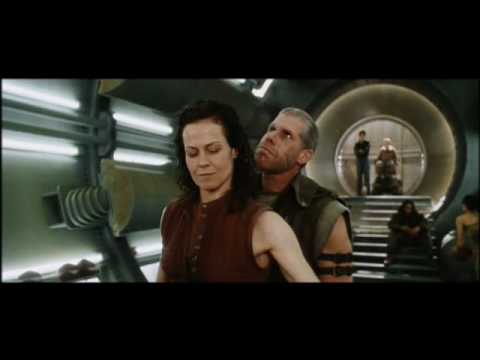 The problem is that it doesn’t all add up — probably because it shouldn’t. Now, had this been separate from the Ripley Trilogy, and the scientists simply cloned a bunch of xenomorphs … well, maybe this wouldn’t be such an issue. Save for some pseudo-sexual Oedipus bullshit at the end, and whatever LGBTQ metaphors they stumbled to achieve between Weaver and Winona Ryder’s characters, Ripley’s storyline is fairly unimportant in the greater context of this film, namely because Jeunet seems far more invested in having a laugh with everything.

How else do you explain loony shit like a rattled and raving pre-Dick, post-Clueless Dan Hedaya running around as American Commentary, looking as if he hopped out of Luc Besson’s The Fifth Element? Or what about all those tacky, fourth-wall breaking one-liners by the great Ron Perlman? Or the entire aforementioned basketball sequence, which seems paid for by David Stern? It’s hard to stomach these oddities, especially when, only half a decade prior, we were treated to a smorgasbord of melancholia. It’s just … it raises the question, “Why did you need Ripley at all?” 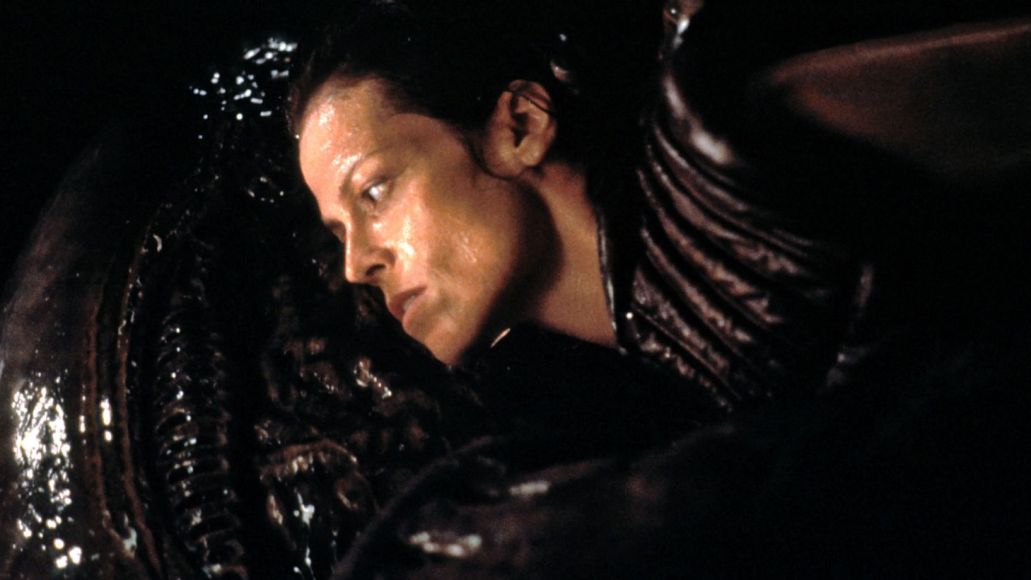 Of course, the better question is, “Why do you need another sequel?” But this being Hollywood, and this being a story that can and should expand on a variety of mediums outside of film, that question gets answered pretty fast. So, let’s answer the first with a resounding, “You don’t.” What Hollywood needs to learn — and pretty goddamn fast — is that familiarity doesn’t always work. Ripley had her time. Her story was done. So, why not just create a new one, full of new characters, who have fresh problems, and whose squabbles make the xenomorphs that much more terrifying?

To quote the dental hygienist in Halloween II, “It’s difficult.”

Some of it’s comfort, some of it’s nostalgia, and a lot of it’s ease. For Fox, it was much easier to sell another Alien if they could slap on Weaver’s name atop posters, no matter how many hurdles they had to jump, both logically and narratively, to make it happen. Granted, this practice isn’t new and certainly didn’t start with Alien: Resurrection, but there are very few sequels that are as transparent as this one. In some respects, the name of the film itself has become a verb of sorts for critics to throw around when they’ve been tasked to review most nonsensical sequels. 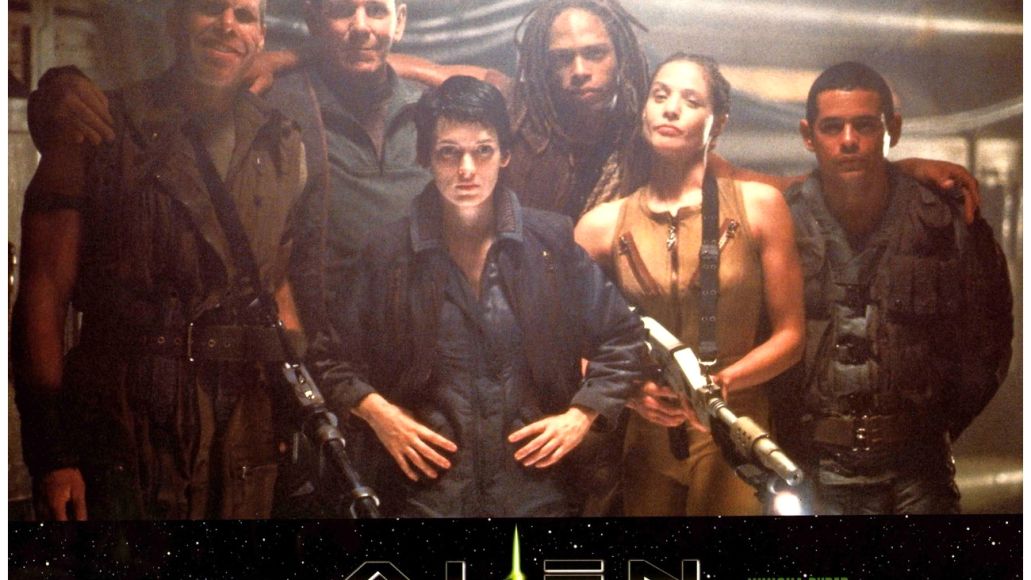 Again, it doesn’t have to be this way. Sure, some characters warrant further exploration, but when your lead has succumbed to a fiery death, one that was intricately designed to avoid situations like this, you have to move on. Part of the blame, however, is on the audiences, who are traditionally less inclined to connect with new faces. But, c’mon, they’re not the ones making the movies; they’re just consumers, which is why the onus will always be on Hollywood and the screenwriters to be brave enough to go where they haven’t gone before. That’s usually the conceit of the original, right?

Think of it this way: How much better would Alien: Resurrection have been had they simply made Winona Ryder the lead, embraced the comical aesthetics, and focused solely on the situation at hand? You skip the carnival act that explains Ripley, go right to the action, and do something entirely different with the team. Maybe the xenomorphs could have been simple accoutrements to the gargantuan military? Or perhaps they could have even been the leads trying to escape? Who knows. If anything, it would have been unique, and that’s what every sequel should be.

That is, when sequels need to exist at all.