After more than 100 records, a Grammy nomination and multiple documentaries, Daptone Records is as unassuming as ever. The brown, two-story building housing the label’s studio and HQ has few hints of the soulful sounds created in its interior, save for the faint remnants of a vigil for the late Charles Bradley on the front stoop. Inside, boxes of a soon-to-ship Sharon Jones and The Dap-Kings record — the band’s final studio album – line the first floor hallway on the way to the recording studio. Upstairs, six people are taking calls, hopping in and out for lunch at the market down the street, and settling back in after a quick tour in California.

The House of Soul hasn’t missed a beat. The indie label that rocketed soul and funk music back into popular consciousness with expert analog production, a family of incredibly tight musicians, and incendiary live shows is about to enter a new era. 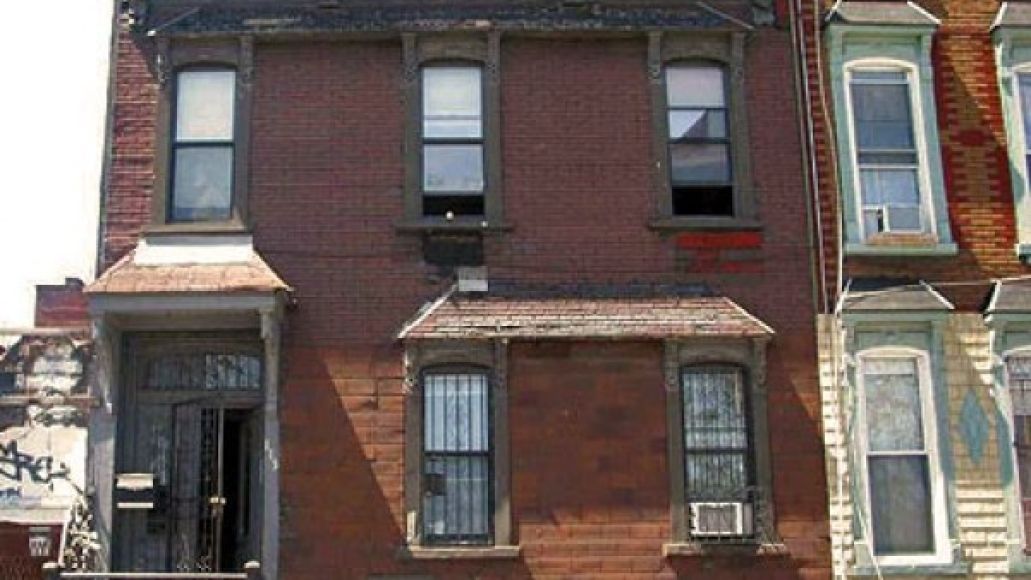 “Right now we have more records in the pipeline than we’ve ever had,” says Daptone co-founder and Dap-Kings saxophonist Neal Sugarman. Soul of a Woman, Sharon Jones and The Dap-Kings’ seventh studio record, hits stores this week and will precede a slew of new Daptone offerings in the first half of 2018. The third record from British group The James Hunter Six, Whatever It Takes, will be released in January followed by a big band/mambo album from Orquesta Akokan and a new record from Canadian singer Michael Rault in March. A fifth album from afrobeat-metal group The Budos Band is also in the works, along with new tunes from The Womack Sisters, the Sha La Das, and more.

Daptone could churn out fire soul, funk, rock, and other records into eternity, but for all the excitement, tragedy is never far from the conversation. In the past year and a half, the label has lost four artists — the great Sharon Jones, who passed away on November 16, 2016; visceral soul singer Charles Bradley, who died from cancer on Sept. 27 of this year; pianist and bandleader Cliff Driver of The Gospel Queens; and singer Dan Klein of The Frightnrs, both in 2016. The latter was just 34 years old.

“It’s a lot of sadness dealing with the loss of everybody. These are people who were in with us day to day,” says Gabe Roth a.k.a Bosco Mann, Daptone’s co-founder, producer, and Dap-Kings bassist. “Now that we’re on this campaign for the new Sharon record, it’s not something you get away from. You’re just surrounded by it constantly. All you’re talking about is Sharon and how much you miss her and how great she was. But the general morale at label is very good and strong.”

In the years following the death of its biggest stars, the musician-owned label is diving headlong into pressing soulful tunes from outside the Daptone family while a changing of the guard continues to breathe new life into the Bushwick, Brooklyn, studio.

“What seems to be happening naturally is, at one time, most of the records were based on this group of musicians … and the singers that played with them,” Sugarman says, pointing to The Dap-Kings, Budos, Menahan Street Band, The Mighty Imperials, and The Sugarman 3. “Now there’s not that much in the can that connects with The Dap-Kings at this point, this year anyway, of releases.”

Many of Daptone’s first 50 records featured Sugarman, Roth, rhythm guitarist/emcee Binky Griptite or guitarist Tom Brenneck, most of whom all have their own projects such as Dunham Records or The Binky Griptite Orchestra. Yet the younger generation of Daptone musicians, such as those who backed Charles Bradley as The Extraordinaires, are now without a patriarch. 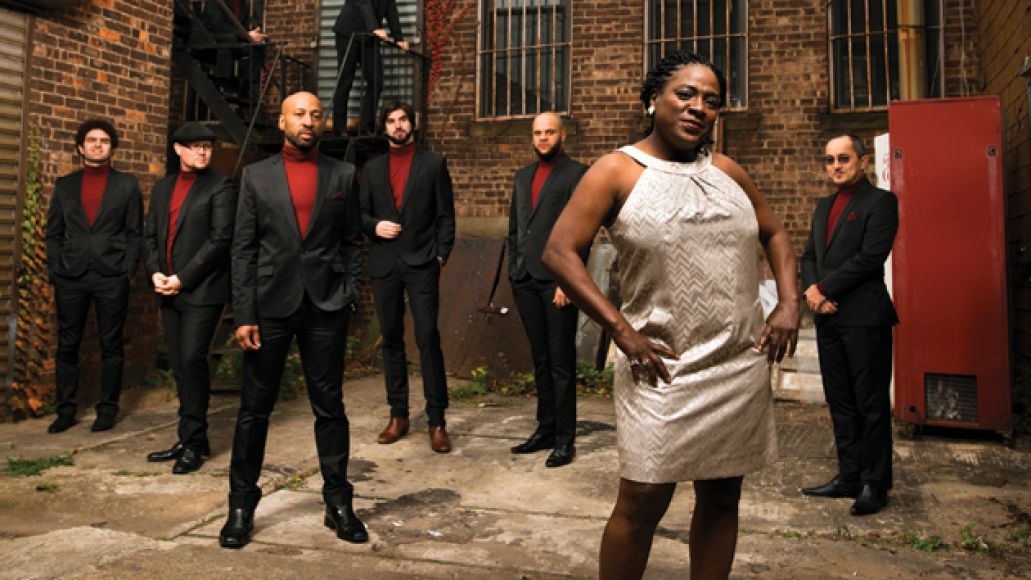 “You have a bunch of guys that were really dependent on the road and on touring to make a living,” Roth says, adding that those younger working musicians continue to develop new projects. “Those guys are all hustling now trying to figure out other things.”

Production Manager and drummer Mikey Post, who’s been with the label for 10 years and straddles the line between new and old guard of Daptone family players, says the musicians’ dedication to keeping things moving is admirable.

“I love coming to work every day, and the office doesn’t feel any different. When we come [to the office], it’s still Daptone,” Post says. “It’s obviously a bummer and different, but after the initial shock, it’s like: ‘Ok, we have to keep going for the folks who passed away. Just because they’re gone doesn’t mean their history and legacy is gone. It’s our responsibility to keep that going.’”

Throughout the various illnesses and losses, Daptone has managed to keep its artists in the public eye with a number of animated videos, a recently released dub version of the immensely popular Frightnrs album Nothing More to Say, and the eventual release of a live record from a 2014 multi-show, full-family run at The Apollo. Roth recalls the painful process of planning releases and tours while Sharon and Charles were sick, noting the struggle between wanting to respect his friends and run a successful business. “We had whole tours in Australia canceled because a promoter got cold feet,” while Sharon was battling cancer, he says.

Yet, Daptone didn’t operate with a contingency plan despite working with older headlining artists.

“Think of all the pop singers who show up and are the biggest thing in the world and you don’t hear about them a couple years later,” Roth says. “Sharon had a career that lasted almost 20 years, even though she started kinda late and was an underdog and ended up getting cancer and dying. I think the age thing is not something we had to deal in; we tried to stay above that and make that music.”

Sugarman and Roth never had great ambitions of musical success or thought they’d own a popular record label that would re-define a genre. Daptone simply evolved as a way to put out the music they loved playing.

“It’s weird, when things are happening you think they’re gonna go on forever. We were never thinking that we’d be in tour busses traveling the world; it was just a gig at a time,” Sugarman says, leaning back in a chair in Daptone’s combination kitchen-merch storage space. “When we were making records back then, I thought: ‘Oh, this is cute.’ I never thought it’d be my life career owning a record label.” 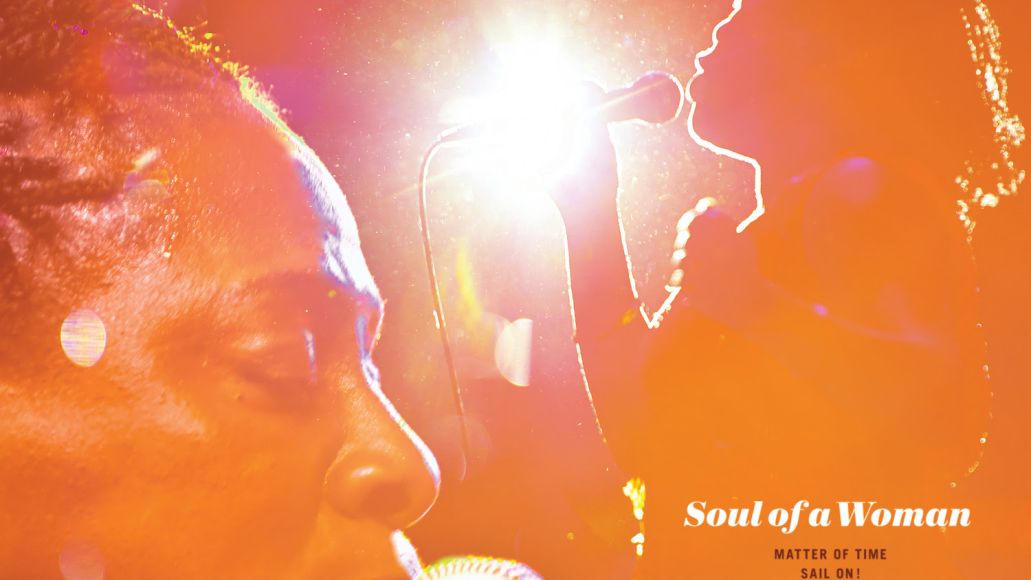 Although Daptone has long been a recording home for artists not on the label (including Amy Winehouse, whose 2006 platinum record, Back to Black , featured The Dap-Kings as the backing band), a new infusion of producers and artists will be the bulk of the label’s output in coming months. 2018’s lineup features everything from mambo to rockin’ doo-wop, reiterating Daptone’s vision of soulful music that evokes a ‘60s or ‘70s feel without compromising quality. But Daptone’s production mentality is really steeped in punk ethos – they’ll record whatever they want, regardless of genre, because it feels good with the ultimate goal of quality over quantity.

“It’s exciting for me to do these different kinds of records. Although they’re different kinds of things, on some level they all work the same way. I think it has to do with the production and philosophy of the people making these records and the honesty and talent,” Roth says from his home in California.

New work is also expected from existing artists on the label such as Antibalas and Menahan Street Band. Following the inclinations and musical histories of some of the younger staff members, Daptone’s rock imprint, Wick, will have more releases from the Ar-Kaics, another album from The Mystery Lights, and potentially a record from The Jay Vons, Mikey Post’s band.

“Much like Daptone, I think we’ll take our time with it,” Sugarman says of Wick. “Right now I think people recognize it as a subsidiary of Daptone, and hopefully it’ll have its own brand eventually.”

Although everyone at Daptone is looking forward, there’s still a huge sense of loss and a lot of unknowns for the old guard of musicians.

“It’s hard to think that we’re not gonna play this music,” Sugarman, who had just returned from a small tour with The Sugarman 3, says of Soul of a Woman. “It’s hard to know what’s gonna happen with the band. I’d like to think that we can go on. There’s tons of people who are like, ‘You can back up this person and that person,’ and we always felt like it’s too early. But also, who’s better than Sharon?”

Playing behind the exuberant, fiery singer who emulated both Tina Turner and James Brown “was like instant gratification,” Sugarman says.  “You never had to fight for it. We had this repertoire that was burning right out of the gate.”

Because Jones was either sick or recovering and the band continued to tour heavily, there was a bit of urgency in recording Soul of a Woman. The album sounds big, full of uptempo rhythm and blues highs you could imagine Sharon dancing to and bombastic Wall of Sound-esque ballads. While a fitting capstone for a vivacious performer, it was also a very difficult album to finish.

“It is cathartic, but for me personally it’s a very hard record. Every step of the way, whether it’s the artwork or the bios or the interviews, there’s a little bit of pain in all of it,” Roth says, adding that he mixed most of the album after Sharon passed away. “It sounds good to do it for her and ourselves. If it wouldn’t have come out, it would have really been gut-wrenching. It’s kind of delivering on a promise to Sharon to get her voice out and delivering on a promise to her fans.”

There’s no stopping the soul train, and everyone at Daptone has high hopes for the future of soul and funk music. As vinyl record sales increase and streaming officially becomes the new norm, Sugarman says he feels less stressed about the label’s financial trajectory. Streaming services and documentaries like Miss Sharon Jones and Charles Bradley: Soul of America make Daptone’s sounds easily accessible to a wide audience, offering a constant stream of listeners and new fans that will cement the label’s catalog while propelling them into the future.

“We’re at this place now where the foundation is solid, and we just have to keep building up,” Sugarman says, noting that the label is now playing the long game. “We don’t need to have the new hot stuff; we just need to bang out like one great fucking classic record a year, and with what we have in the can, that helps to keep breath blowing through this house. We don’t need the help of some major label.”

The past 10-plus years have seen a soulful revolution, due in great part to the efforts of Daptone, and have resulted in an explosion of bands and labels such as Colemine Records that are dedicated to the genre.

“People will say, ‘Oh, so Daptone’s over?’ And it’s like, ‘No, we still love this stuff.’ Those records are still around. It’s a tragedy and we’re all heartbroken that we lost our friends but we’re still gonna make records and do what we can,” Post says.

Even if the genre becomes less popular, soul and funk will survive without Daptone’s marquee acts because soul music extends beyond genre.

“Soulful music is where you hear someone’s soul coming through, making records that strip away all the bullshit,” Roth says. “When you look at The Frightnrs record or The Como Mamas or the [Orquesta] Akokan record, as different as they may seem academically, the feeling you get is really common – musicians doing stuff at the top of their craft using whatever’s at their fingertips. Using harmonies and voices to move you rhythmically, vocally, and sturdy you spiritually.”