Starting from the early 90s, which many look back on as the heyday of physical sales of books, movies, and music, we’ve been warming our hands over a slowly dying fire. Sam Goody and Tower Records, two of the leading music and entertainment retailers, both in the United States and the UK, went under in 2006 as the world took a massive turn towards digital distribution. This change would lead you to believe that since so many artists opt out of physical sales entirely these days — eager for the perceived control of 100% digital distribution via platforms like Spotify or Bandcamp —  that the playing field would be leveled in a way that allowed for artists to truly steer their own ships creatively and also on the business side. But this is not at all the case. In actuality, songwriters and musicians have just as little control over their careers now as they did in earlier years of big-label business. It’s just a little less clear who they’re signing their dreams over to now.

“To be perfectly honest, feeling like I don’t have any control over the day-to-day management of any project of mine has been my own fault,” says Jessica Numsuwankijkul, established New York musician. “I still don’t even know what exactly I’m getting paid for when I receive whatever meager check from ASCAP. We ended up deferring to people around us: bookers, managers, labels, etc. at our own expense. I think arming yourself with knowledge before anything happens is a good idea, even if it seems silly to anticipate that anybody will care about your band at any point.” 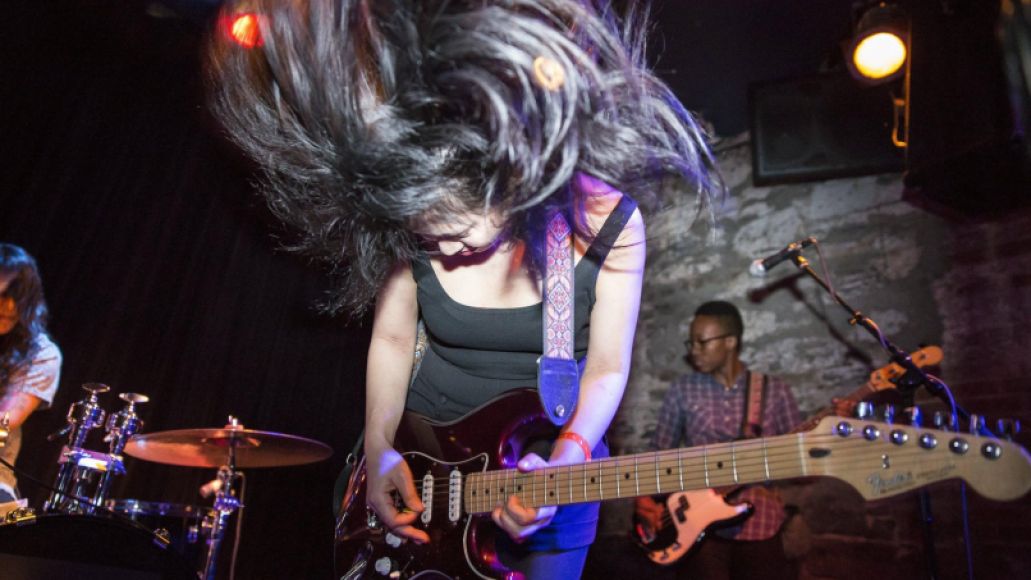 Photo of Heliotropes by Tod Seelie

Many artists, and even label workers, feel this way, and it’s for that reason that more and more creatives and established music companies are looking for alternatives to traditional labels and researching ways to be fully in the know when it comes to the work they’ve poured their souls and savings into.

Yoly G. Avalos, CEO & Co-Founder of Bquate, says they’re working to bring transparency back to the music industry. Bquate is positioning itself to be “everyone’s music label and publisher,” according to Avalos, allowing artists, songwriters, labels, and publishers to have full control over every aspect of their careers — including royalty collection, revenue reporting, and real-time data on platforms like Spotify and YouTube, which is certainly important now that everything is (say it with me) pivoting to video.

“Our purpose is to provide all music creators and music companies the tools that they need to be unstoppable and to be treated with transparency,” Avalos says. “We use technology to give established artists, songwriters, labels, and publishers a platform with solid digital solutions, so they don’t depend on anyone to do their distribution or the strategic decision making. Don’t depend on anyone for royalty collection or money claiming. They have control now in one platform.”

Having a company emerge that is so pro artist is rare in an age when it’s nearly impossible for creatives to  keep track of where all of their money is, as it floats in and out of some unseen, poorly communicated, digital cloud. And bands aren’t the only ones who feel icky about this. Label workers find the lack of artist control troubling as well.

A former Marketing Executive (who asked that her info not be shared) at a top-level New York label says the reason she eventually chose to leave the label world is because of how frequently she had to witness an artist lose all creative control over their art for the sake of money.

“While working at a label in the marketing department, speaking to an artist about the label’s intentions was like walking in a minefield,” she says. “I knew that the label’s intentions were not in line with the artist’s creative vision, and it was so often my job to be the liaison between the two. And by that, I really mean to appease my boss who was responsible for employing me, and go against my very own values in relation to art. If you are an artist, the equation has always been simple — the larger label you sign to, the larger advance you get. The larger label you sign to, the more people will have their hands in it, the more control you give up. The music industry is at a weird place right now because of the way that music is consumed and monetized. Since it’s almost impossible to sell records anymore, labels are losing their creative integrity, and bringing in strategists and marketers from the ad world who have no idea how to speak with artists in a way that makes them feel like their art is being put in good hands. It’s disgusting.”

Understanding these issues and properly arming themselves with way to work around them, or negate them entirely, is the best possible thing a musician can do for themselves right now. In the music industry, as with any other field really, the less someone can take away from you, the better.

Maintaining Control Over Your Music Career Is More Important Than Ever