On Sunday, November 5, the Pathway to Paris concert took place at grand Carnegie Hall. The distinguished audience was primarily 35-and-up and appeared to be the creme de la creme of New York activists and philanthropists. A member of the UNDP staff who was in the audience was quietly singing a French song before the concert started. The words were something like “coming with you into the wind.” Somehow, the delicate sound and the words of the song seemed to set the appropriate tone for the concert to come and reinforce the underlying message of the climate change event.

Mila Rosenthal, Director of Communications at UNDP, and Jo Scheuer, Director of Climate Change and Disaster Risk Reduction at UNDP, kicked off the event and introduced Jesse Paris Smith and Rebecca Foon, who birthed this event a few years back at a small spot in Greenwich Village. Smith and Foon were so genuine, shy, and endearing each time they were on stage, it fortified their climate change mission, to make everyone a climate leader by the end of the night. After mentioning the 1000 Cities Initiative, they launched into an impassioned instrumental performance on piano and cello, with Patti Smith joining in with Emily Dickinson’s ‘”Nature” is What We See’, a poignant reflection on man’s relationship with nature. The music for this performance was as gentle and shifting as the wind, and the message was just as lilting and transportable. She then moved into “Mother Nature’s Son”, “Where Do the Children Play”, and “Peaceable Kingdom”. Patti Smith has been an environmental and social warrior for a long time. While her vocals may not be as strong as they used to be, her presence and message are. Her raw, organic delivery makes it all that more authentic. 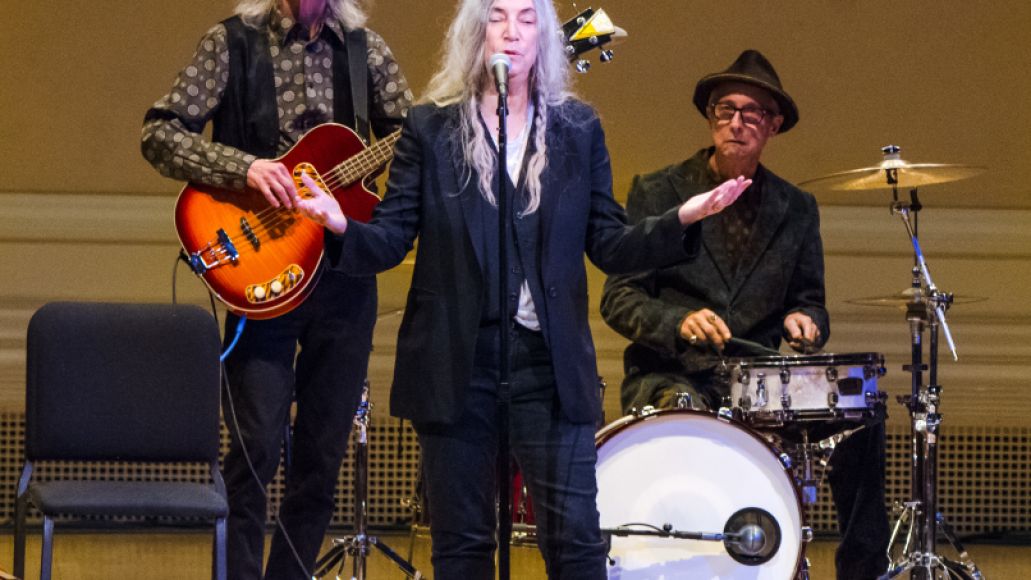 R.E.M. lead singer Michael Stipe followed Smith’s powerful performance, and his witty and moving participation only enhanced Patti’s set. This isn’t the first rodeo for Stipe in regards to environmental activism. As the frontman for R.E.M. for three decades, he and the group had been able to subtly and overtly promote their political, social and environmental activism through song. The first environmental event they ever performed was in the early ’80s for an environmental lawyer friend. They raised $1,200 to keep her office staffed. Granted, this was a small-scale event, but, like a drop in the ocean, it still made waves and was just the tip of the iceberg of the environmental work they would participate in, including promoting the Food Bank of New York City and Environment America. Considering himself a “narrator of his times,” Stipe recognizes the power of music and art to motivate action and change. His performance at Pathway to Paris wasn’t a random event, but a cog in the wheel of his endless, tireless cycle of activism. He introduced his song by making a Beatles joke, but once he got into Ringo Starr’s “Photograph”, backed by Andy LeMaster, the audience was silent and focused. Stipe’s unusual voice brought the appropriate amount of sweetness and nostalgia that’s necessary for the song. The lyrics not only applied to a lost love, but in the context of the event, served as a love letter to Mother Earth. He then segued into “Sunday Morning”, which had particular relevance because it seemed to allude to a hopeful new dawn for the environment. 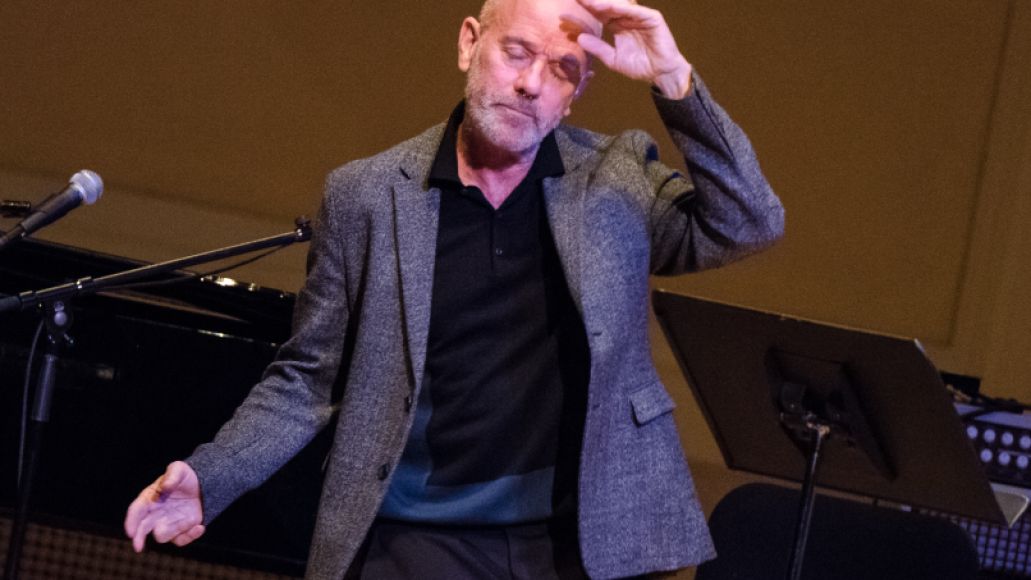 Renowned environmentalist Bill McKibben took the stage and made what he called the “boring” part of the show interesting with straight facts, urging the audience to write letters to New York’s Mayor Scott Stringer about divesting in fossil fuels.

Inuk throat singer Tanya Tagaq was next, doing an untitled piece, accompanied by Jerry Ziegler on cello. The 2014 Polaris Music Prize winner has long been a First Nations advocate and proponent of online activism, her work shining a blistering light on urgent environmental and social issues. Her performance was stoic and spiritual, a gateway into Mother’s Earth’s turmoil.

Red Hot Chili Peppers bassist Flea hopped on stage next and did an electrifying 10-minute solo. The Red Hot Chili Peppers have always been environmentally active, and Flea, on a personal front, recently opened his own apiary containing 20,000 honey bees in his backyard. How sweet. 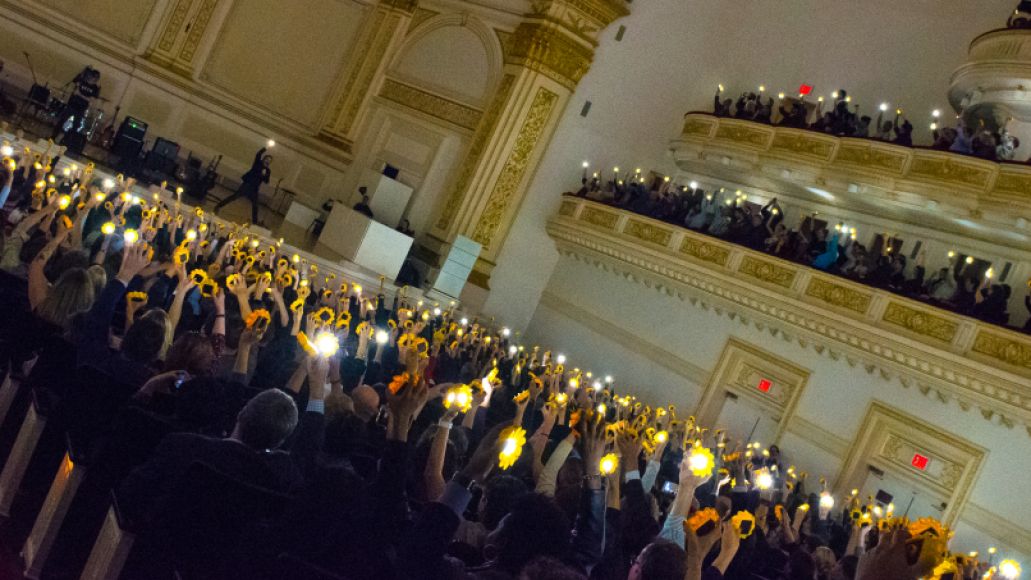 Tibetan singer-songwriter Tenzin Choegyal was next up, and his initial untitled vocal piece was so primal and raw that it felt like it might be intuiting sounds from the beginning of time. This descendant of Tibetan nomads founded the annual Festival of Tibet in Brisbane, Australia, in 2008 and promotes what it is to be humane by singing Tibetan traditional songs. The award-winning singer-songwriter closed out his set with an untitled piece that included 10 Tibetan elders. While all of them didn’t seem to sing, their mere presence added gravitas to the song.

After Dr. Vandana Shiva made poignant remarks about the global emergency of saving the environment, emphasizing that earth is home, not some other planet, Olafur Eliasson hit the stage with an interesting project for the audience. Under each seat was a box with a Little Sun, an LED light with energy harvested from the sun. Everyone was asked to turn the lights on and off and put them in motion for a video that was being filmed. After the experiment was completed, the lamps would be sent to Puerto Rico, which is still 80% without power. 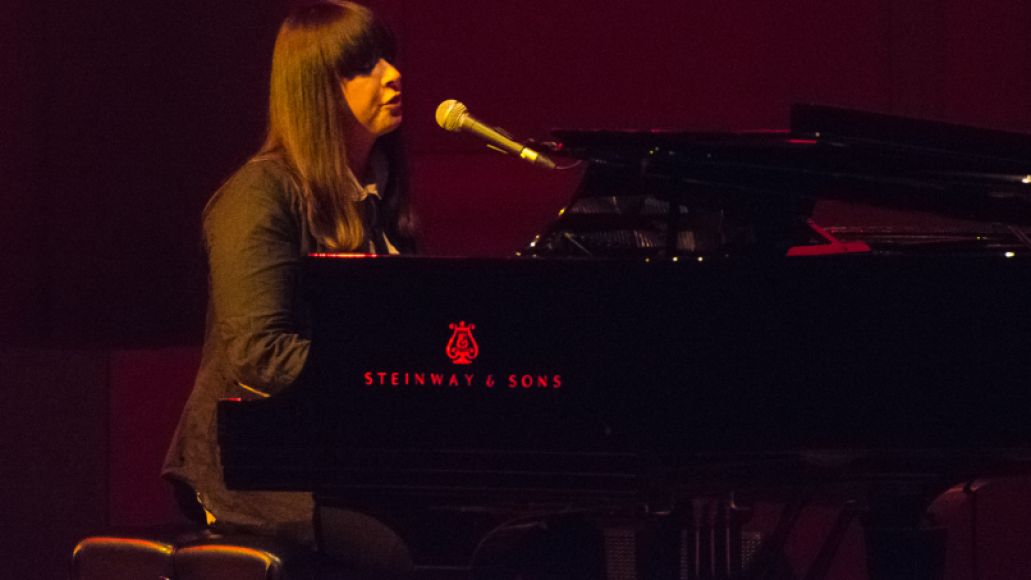 Chan Marshall, aka Cat Power, followed him, with the sparse arrangement of her three songs hypnotizing the crowd. The quiet power in her voice during “Nothing Really Matters”, “Names”, and “Maybe Not” was like a powerful prayer in a sanctuary of music. She’s no stranger to activism, as her music and social media presence address injustice, the ills of Western Medicine, and big corporations.

Legendary folk singer Joan Baez took the stage next, her voice as clear as a bell and her delivery as stark and prominent as a watchtower on the horizon. Her three-song set included Antony and the Johnson’s “Another World”, John Lennon’s “Imagine”, and American negro spiritual “Swing Low, Sweet Chariot”. Her music has always embraced activism and social justice, and she’s had a lifelong commitment to non-violence, the environment, and civil and human rights. 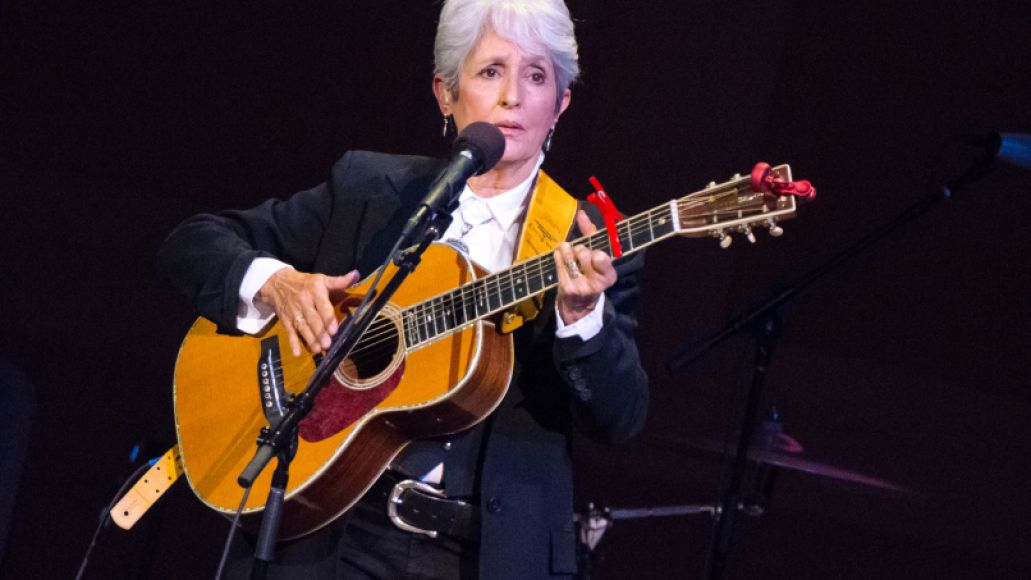 The last performer before the grand finale was Talib Kweli. The “conscious” rapper is an advocate of social justice, supporting groups like the Dream Defenders, so it makes sense that he would dive into environmental activism. His performance of his optimistic “Get By” seemed to fall on deaf ears initially as the older, wealthy, mostly white audience didn’t seem comfortable embracing rap. However, once Baez came out jamming to the tune, showing she’s still got the dance moves, there seemed to be a collective sigh among everyone, and they relaxed and enjoyed the Kanye West-produced motivational rap anthem. 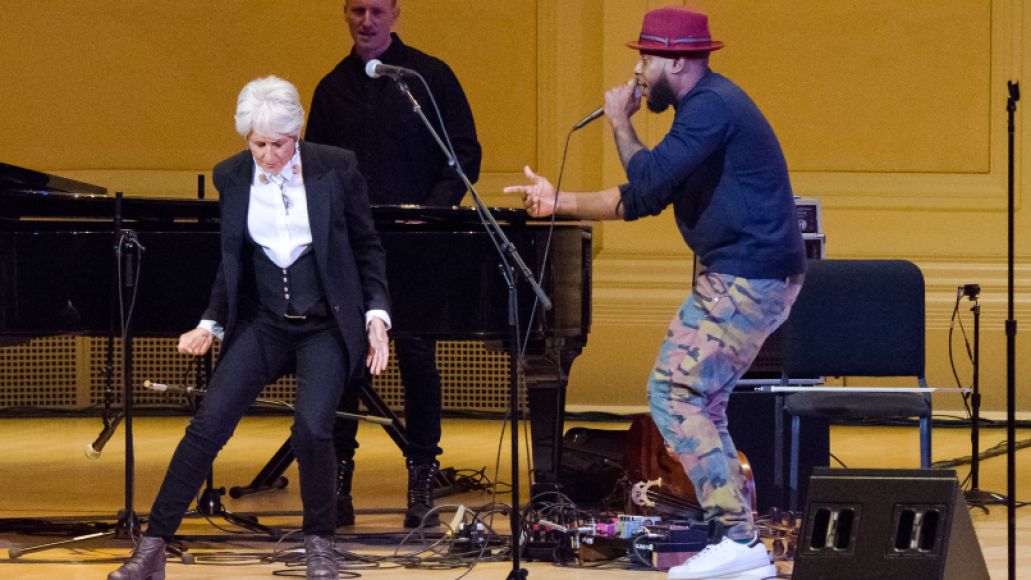 The show closed with everyone returning to the stage to sing “The People Have the Power”, the crowd clapping and feeling the emotion. Hopefully Rebecca Foon and Jesse Paris Smith’s mission was realized and everyone was committed to being a climate leader, which involves action, not talk. What the event encouraged was for people to take a deeper look into how they can help save the planet, individually and collectively. The Pathway to Paris array of global performers not only showcased great talent, but augmented the notion that music is the great unifier and that the responsibility of the planet is not a single person’s but a long-term, collective endeavor.

All proceeds from the event go to Pathway to Paris, 350.org, and the UNDP. 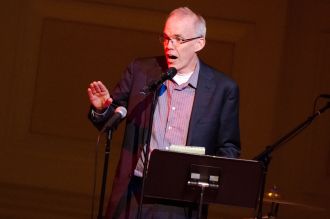 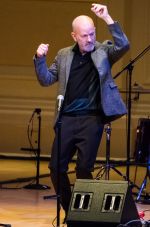 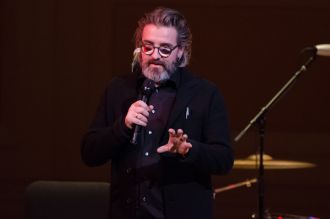 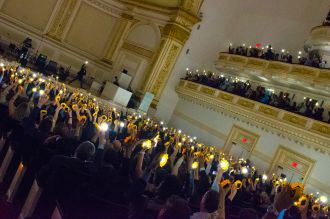 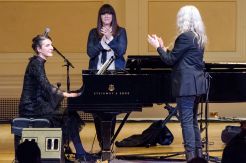 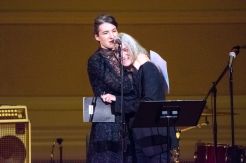 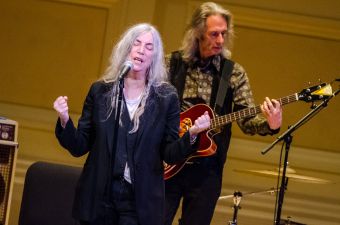 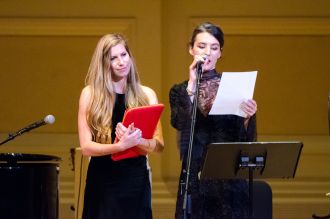 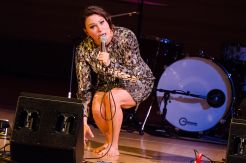 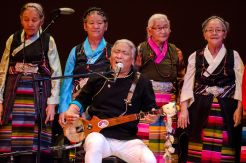 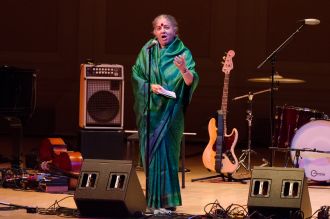