Members of the Boycott, Divestment, Sanctions (BDS) movement, including Roger Waters, Thurston Moore, TV on the Radio’s Tunde Adebimpe, have called for a cultural boycott of Israel until Palestinians are granted greater equality under Israeli law. Over the summer, the group tried unsuccessfully to persuade Radiohead against playing a show in Tel Aviv. Similar overtures were made recently to Nick Cave, who scheduled a pair of dates in Tel Aviv as part of an ongoing European tour. However, like Radiohead, the Bad Seeds bandleader decided to go through with the concerts.

In a press conference held yesterday prior to the first show, Cave revealed that Brian Eno had approached him three years ago to sign onto the anti-Israel boycott over the country’s occupation of Palestinian territory. “On a very intuitive level I did not want to sign that list, there was something that stunk to me about that list,” Cave said. After considering the implications and reasoning of both sides, he decided it felt “cowardly” not to play Israel on his current tour.

“So at the end of the day there are two reasons why I am here. One is that I love Israel and I love Israeli people,” Cave explained, “and two is to make a principled stand against anyone who wants to censor and silence musicians. So really you could say in a way that the BDS made me play Israel.”

Cave specifically called out Waters, saying it’s unfair that musicians “have to go through a sort of public humiliation” if they decide to go against the Pink Floyd member’s ideologies.

Eno said the boycott has “nothing to do with ‘silencing’ artists — a charge I find rather grating when used in a context where a few million people are permanently and grotesquely silenced. Israel spends hundreds of millions of dollars on hasbara, and its side of the argument gets broadcast loud and clear. Coupled with the scare-tactic of labelling any form of criticism of Israeli policy as ‘antisemitic’, this makes for a very uneven picture of what is going on.”

Waters took particular umbrage with Cave’s claim that he was publicly humiliating musicians, saying: “Nick thinks this is about censorship of his music? What? Nick, with all due respect, your music is irrelevant to this issue, so is mine, so is Brian Eno’s so is Beethoven’s, this isn’t about music, it’s about human rights.”

Meanwhile, the Palestinian Campaign for the Academic and Cultural Boycott of Israel (PACBI), a founding member of the BDS national committee, said Cave’s concerts “are a propaganda gift to Israeli apartheid.” Their statement continues,

“Betraying his progressive values, Nick Cave will play Tel Aviv, ignoring how his gig will help to art-wash Israel’s decades-old oppression of Palestinians. Oblivious to Israel’s siege of two million Palestinians in Gaza as well as ethnic cleansing and settlements in occupied Jerusalem, Cave is crossing the nonviolent picket line drawn by Palestinians. No wonder the Israeli regime of occupation and apartheid is gloating about his gig.

“Cave reminds us of otherwise progressive artists who ended up whitewashing South African apartheid by playing Sun City in the 1980s.

“Nonetheless, we thank Nick Cave for making one thing abundantly clear– playing Tel Aviv is never simply about music. It is a political and moral decision to stand with the oppressor against the oppressed. We march on, resisting, organizing until we achieve our full menu of rights.”

Below, watch footage of Cave and the Bad Seeds performing “Push the Sky Away” in Tel Aviv last night. They’ll return to the stage for a second concert later today. 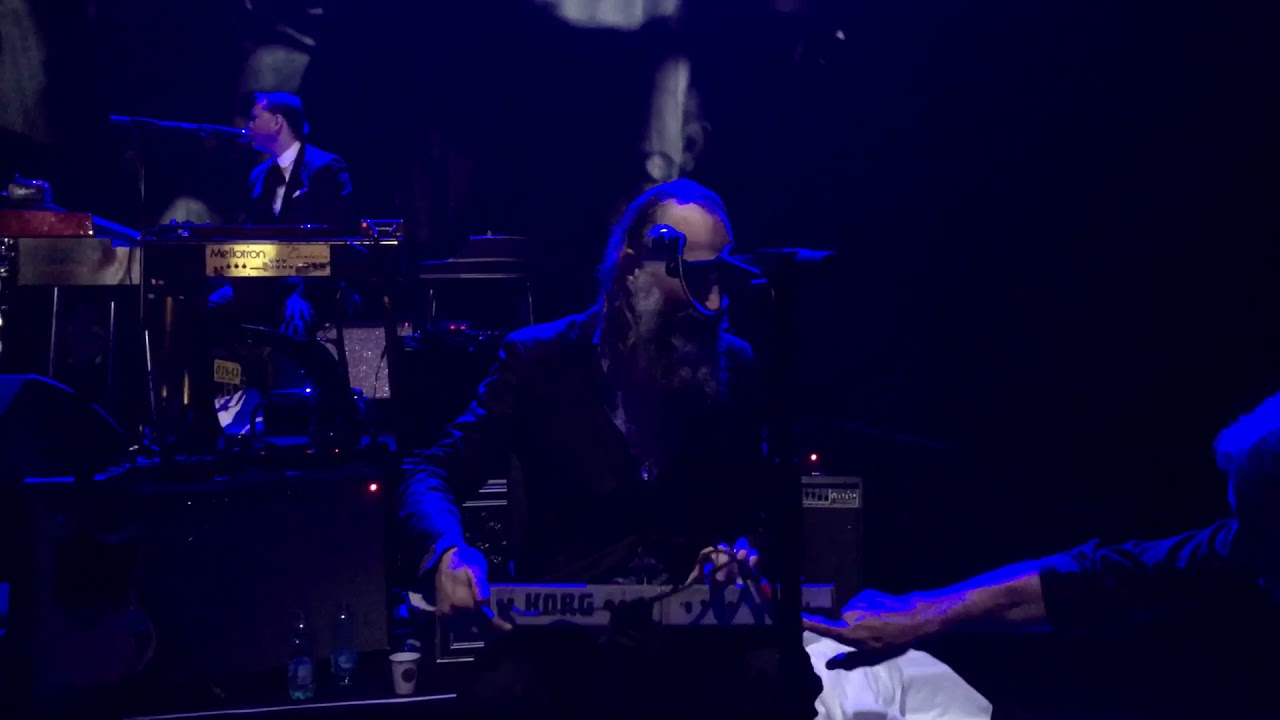