The Grammys are that disappointing friend you can’t bring yourself to block. The Grammys are that uncle who ultimately votes sensibly but gives you a heart attack playing devil’s advocate at Thanksgiving anyway. The Grammys just changed their Facebook status to “In an abusive relationship with the Rock and Roll Hall of Fame.” Oh, your heroes? They finally won something? They must have reached the age where they said something racist or came out as a Scientologist. But yay, loved that album they made 20 years ago! And this is one of those years where the Grammys don’t make it easy for you to finally cut their losses. This is one of those years where the Grammys give you hope. And the unhealthy cycle is reborn.

Today’s nominees are a step in the right direction that’s at least a little further on the Step-in-the-Right Direction-o-meter than the Democrats nominating a woman for the presidency in 2016. (Lil Uzi Vert would’ve won.) The night’s biggest award, Album of the Year, is undoubtedly going to either a woman or person of color, though absolutely not both. No matter. Three of the nominees — Lorde, Kendrick Lamar, and Jay-Z — made three of 2017’s most celebrated and deserving albums, and even Childish Gambino got props for Awaken, My Love! last year. 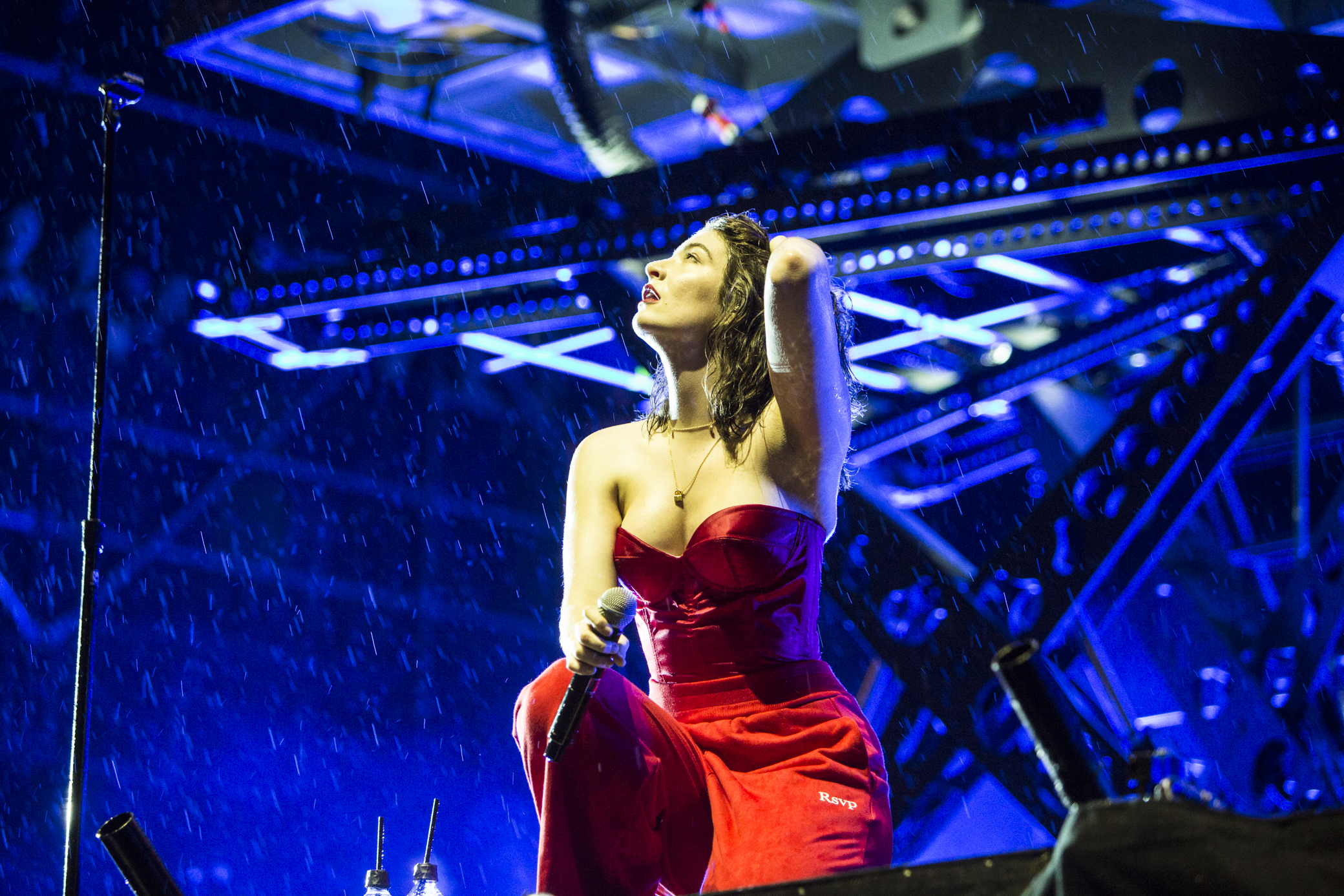 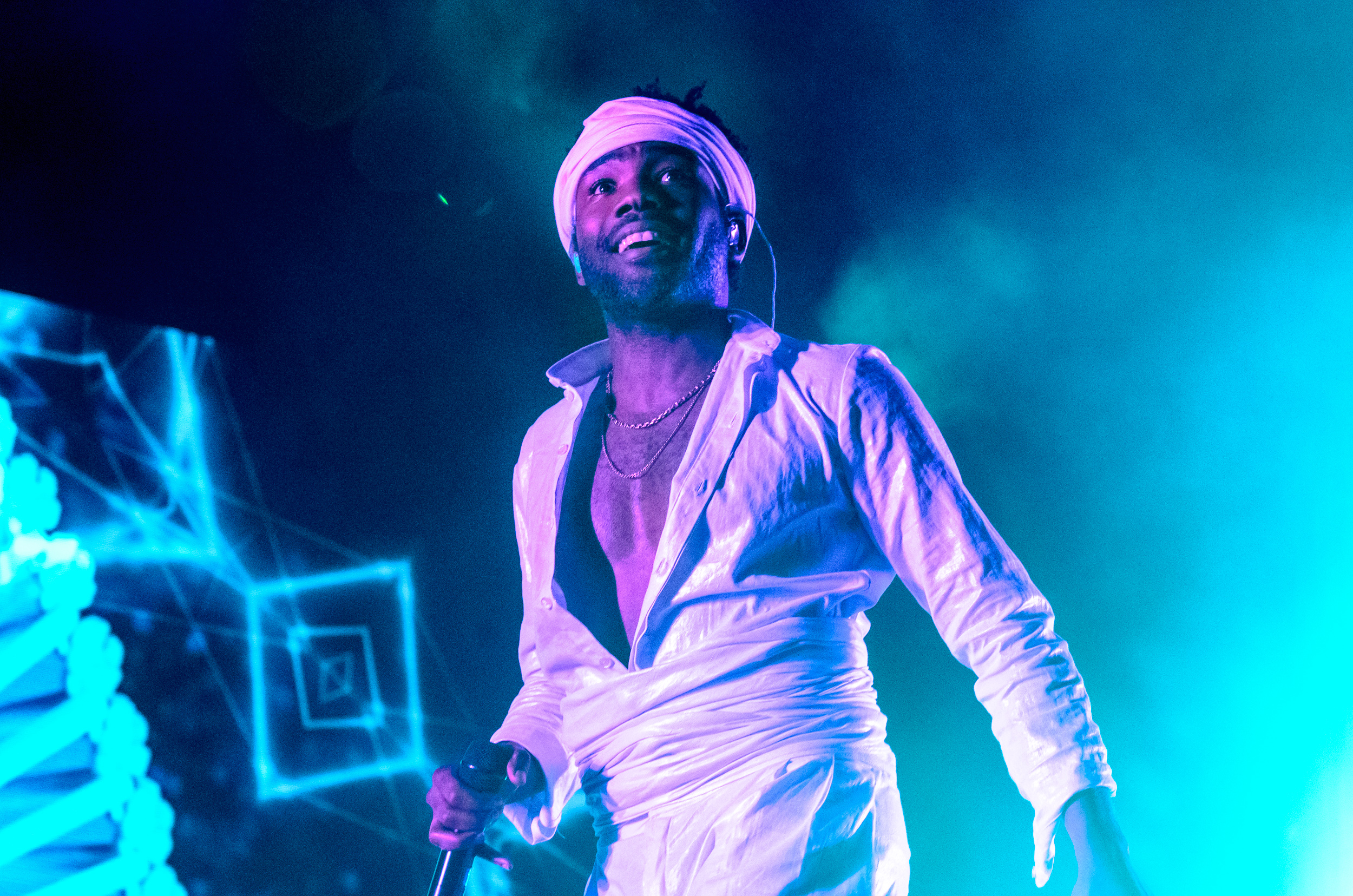 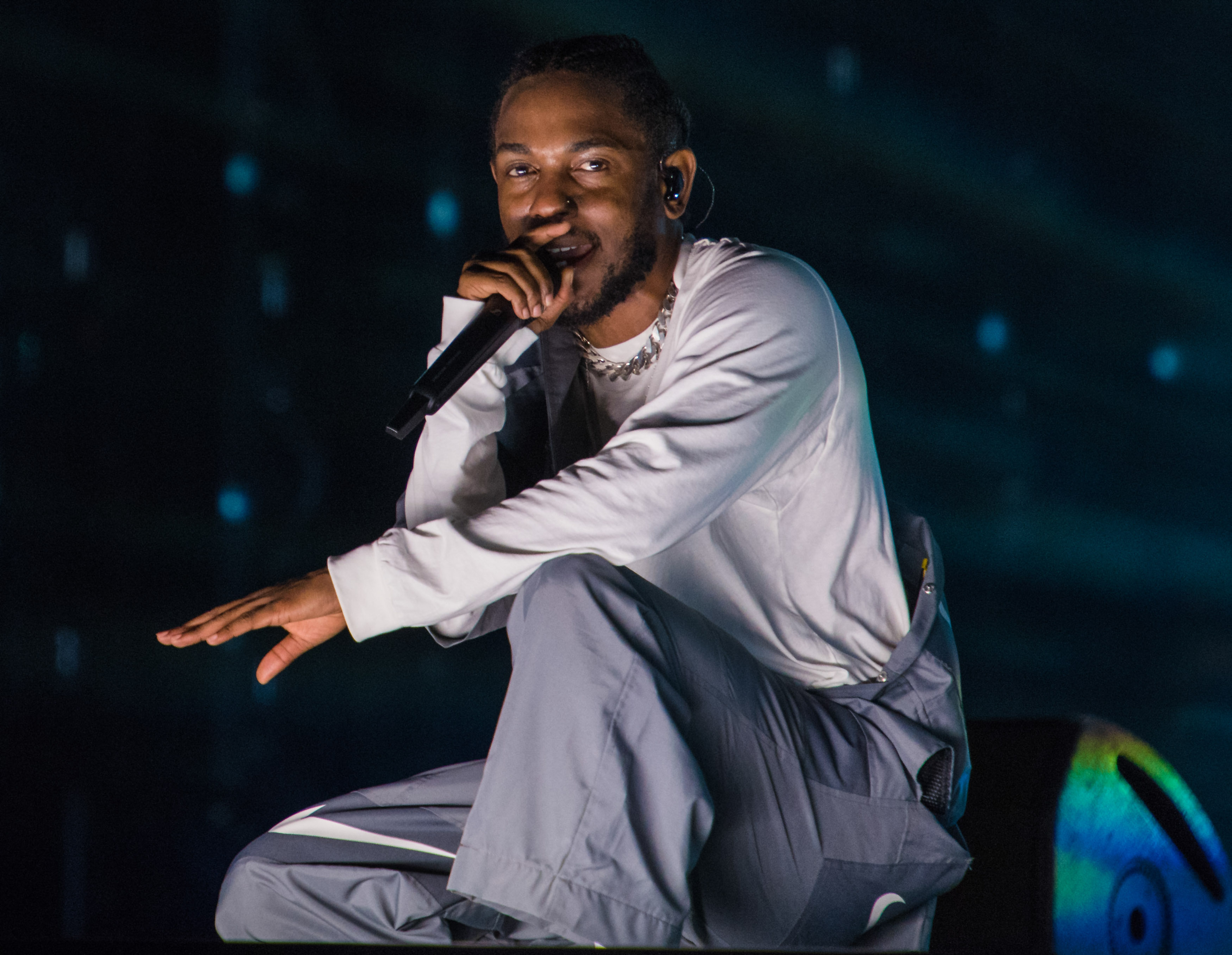 Except even two of the best-case scenarios here are also kind of worst-case scenarios: in one, Lorde, the sole white nominee, wins Album of the Year. At just 21, she inherits the Grammys’ lifelong burden of saddling a young, white woman like Taylor Swift or Adele with an award that everyone in the room (including them) believes should’ve gone to a To Pimp a Butterfly or Lemonade, deeply meaningful, once-in-a-lifetime events by artists of color who are forced to compete with Perfectly Talented But Still artists like Taylor Swift. We don’t want Twitter to eat Lorde’s lunch. Luckily, she’s not going up against anything as significant as To Pimp a Butterfly or Lemonade, certainly not anything that would be insulting the audience’s intelligence to the point where she’d have to apologize for winning. And Melodrama is pretty artistically significant in its own right, the most acclaimed pop album in a year that needed one badly.

In the far more bittersweet scenario, Jay Z’s 4:44 wins Album of the Year, contributing to a more complicated patriarchal concern: that the philandering husband’s apology (albeit a great one, in a year of fucking horrible ones from men) is rewarded in all the ways his wronged wife’s work of art about being wronged wasn’t. He’s even biting from her own video-for-every-song conceit in its marketing campaign. 4:44 is a wonderful, wonderful record, but this is one of the only ways to make it look bad. Maybe we should just root for Kendrick’s DAMN., and hope that he doesn’t need to apologize for anything between now and January 28th. 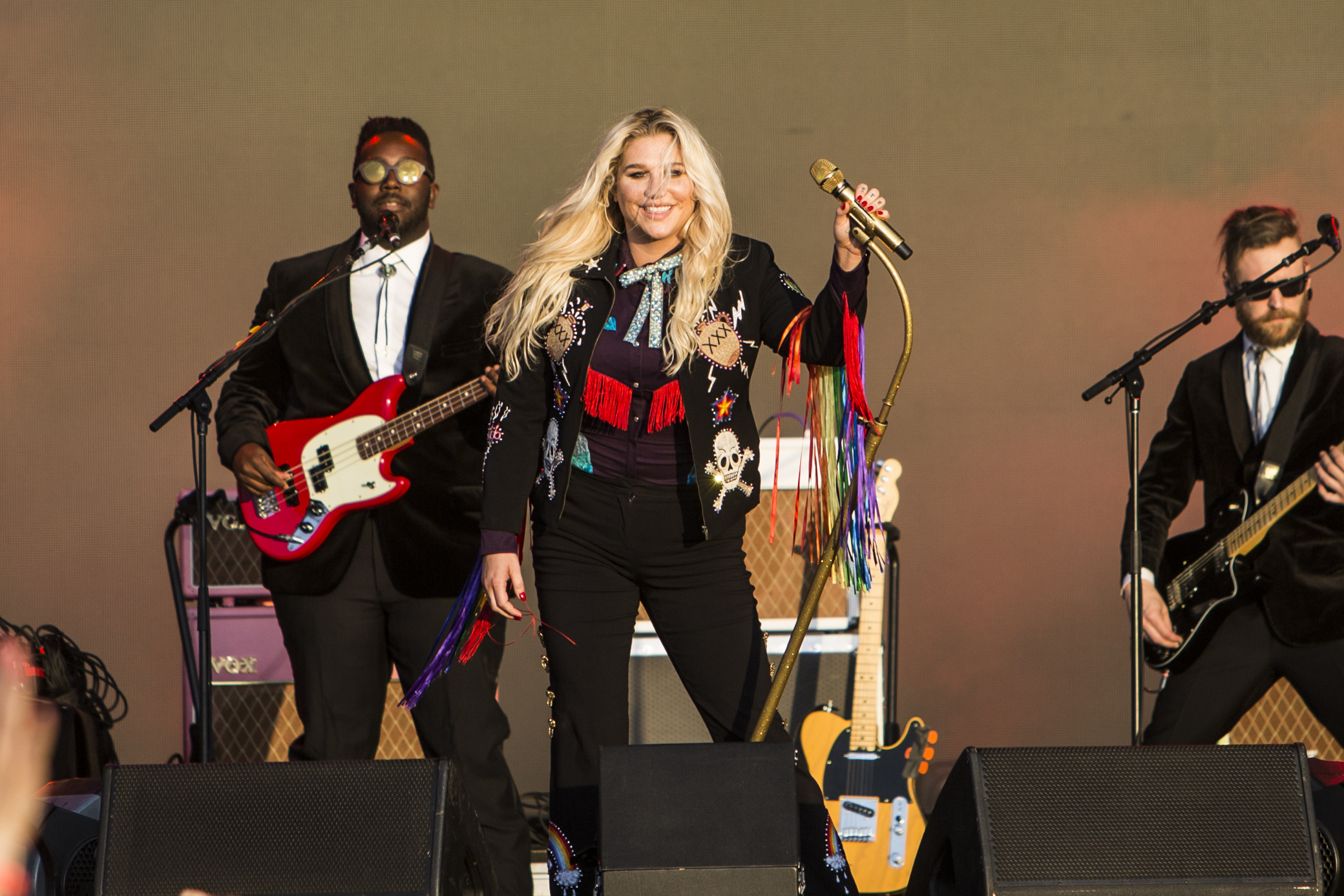 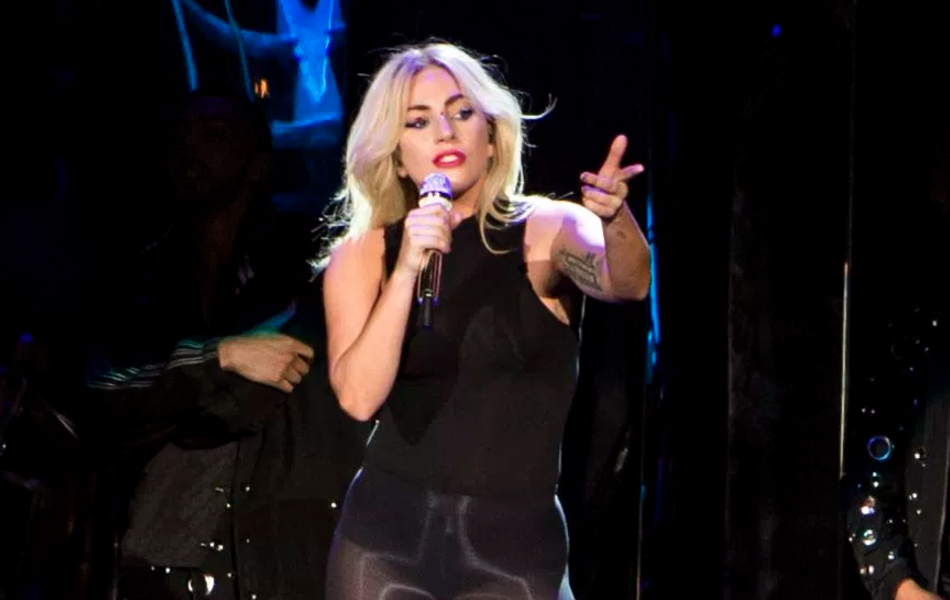 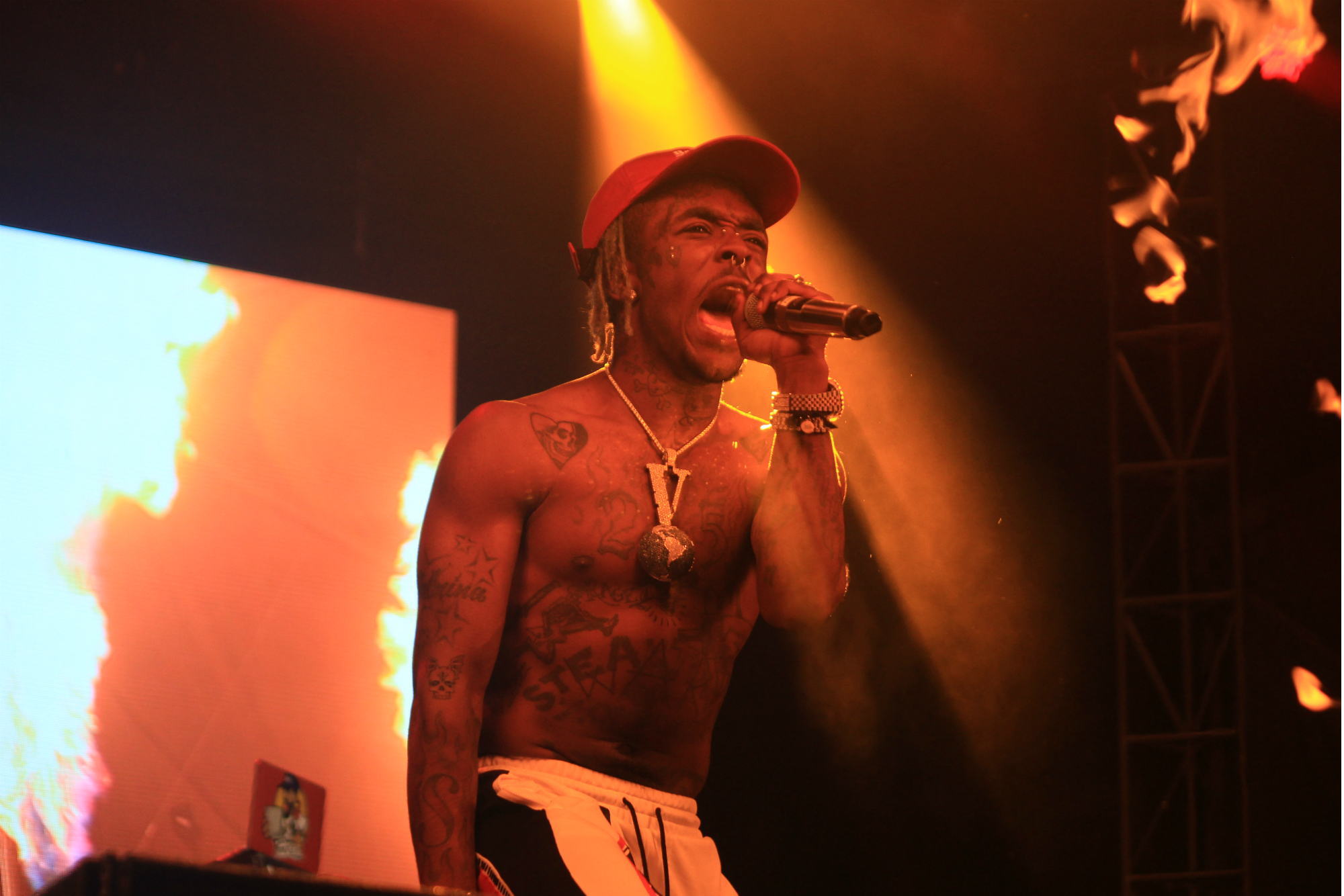 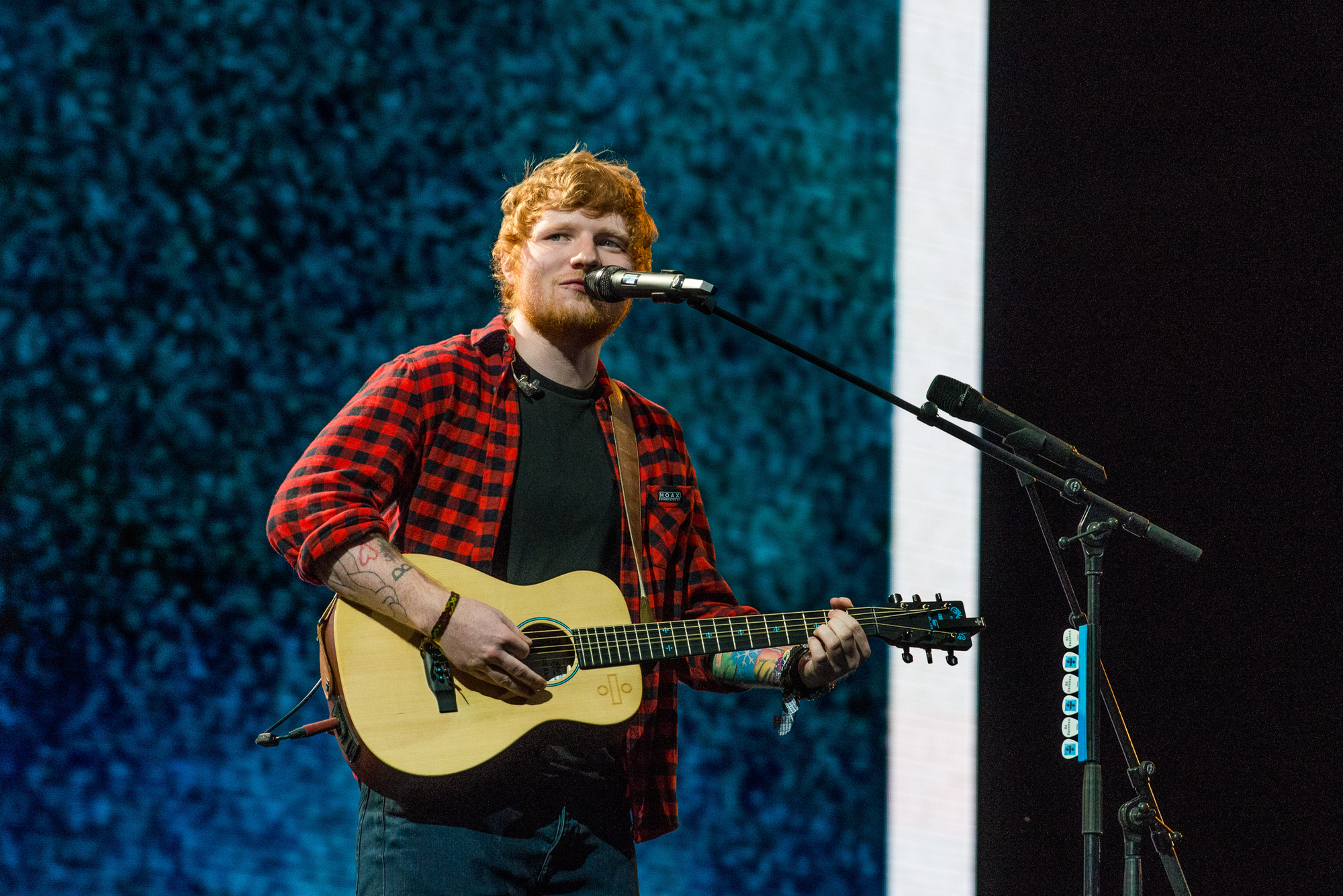 Nevertheless, it is satisfying (if it’s possible to be satisfied by the Grammys, which it isn’t!) to see so many people of color nominated this year, including Lil Uzi Vert for Best New Artist, the kind of guy who’s normally snubbed by the Grammys’ weird classism. Speaking of which, it’s nice to see them finally giving a shit about Kesha, who’s up for Best Solo Pop Vocal with the chilling “Praying”, a fuck-off to her abuser, Dr. Luke, which managed to raise her profile more than ever. Better luck next time, Lana Del Rey; I hear bans for lyrics about cola-flavored pussies last at least 10 years. We’re also hoping Lady Gaga, long denied trophies worthy of her talent, can sweep the nominations next time out. We’re not displeased at the lack of Ed Sheeran nominations. And the fact there’s not a white dude in any of the big-four categories (not everyone knows that Logic is biracial) is worthy of a thumbs-up, or at least a thank-you text posted to Macklemore’s Instagram.

Still, would it have been too much to ask for “Bodak Yellow” in a major song category? And come to think of it, where’s A Tribe Called Quest, whose absolute masterpiece and one-shot reunion swan-song, We got it from Here… Thank You 4 Your service , last year contained both the unmistakable Grammy bait of Jack White, Elton John, and Busta Rhymes on the same record but also a sui generis excellence that Grammy bait rarely achieves? And where the fuck is Paramore, a band who would never dream of singing the word “fuck” yet has still won our hearts? Another strange snub is Jack Antonoff for Producer of the Year, not just for Album of the Year nominee Lorde but his own pretty decent Bleachers record and more Taylor Swift contributions after his last collaboration with her won the night’s big award itself. Huh? 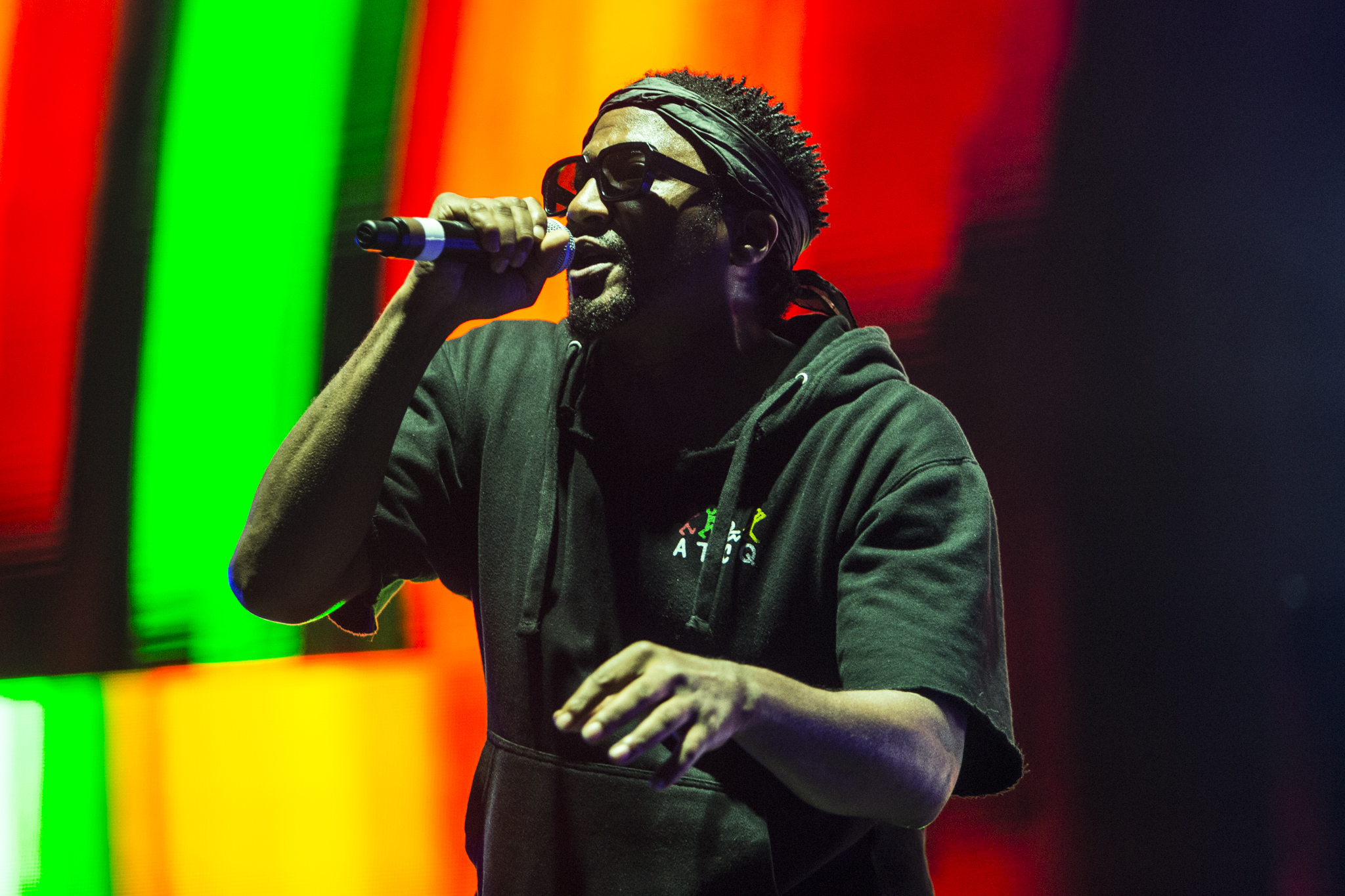 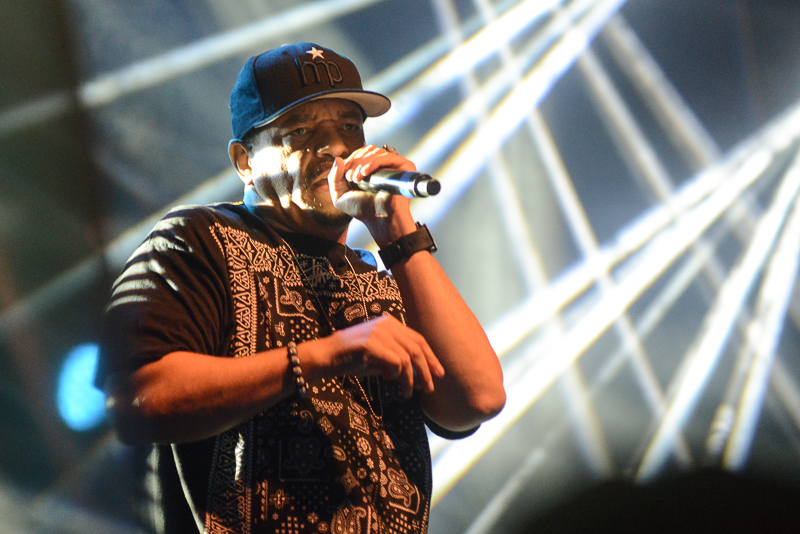 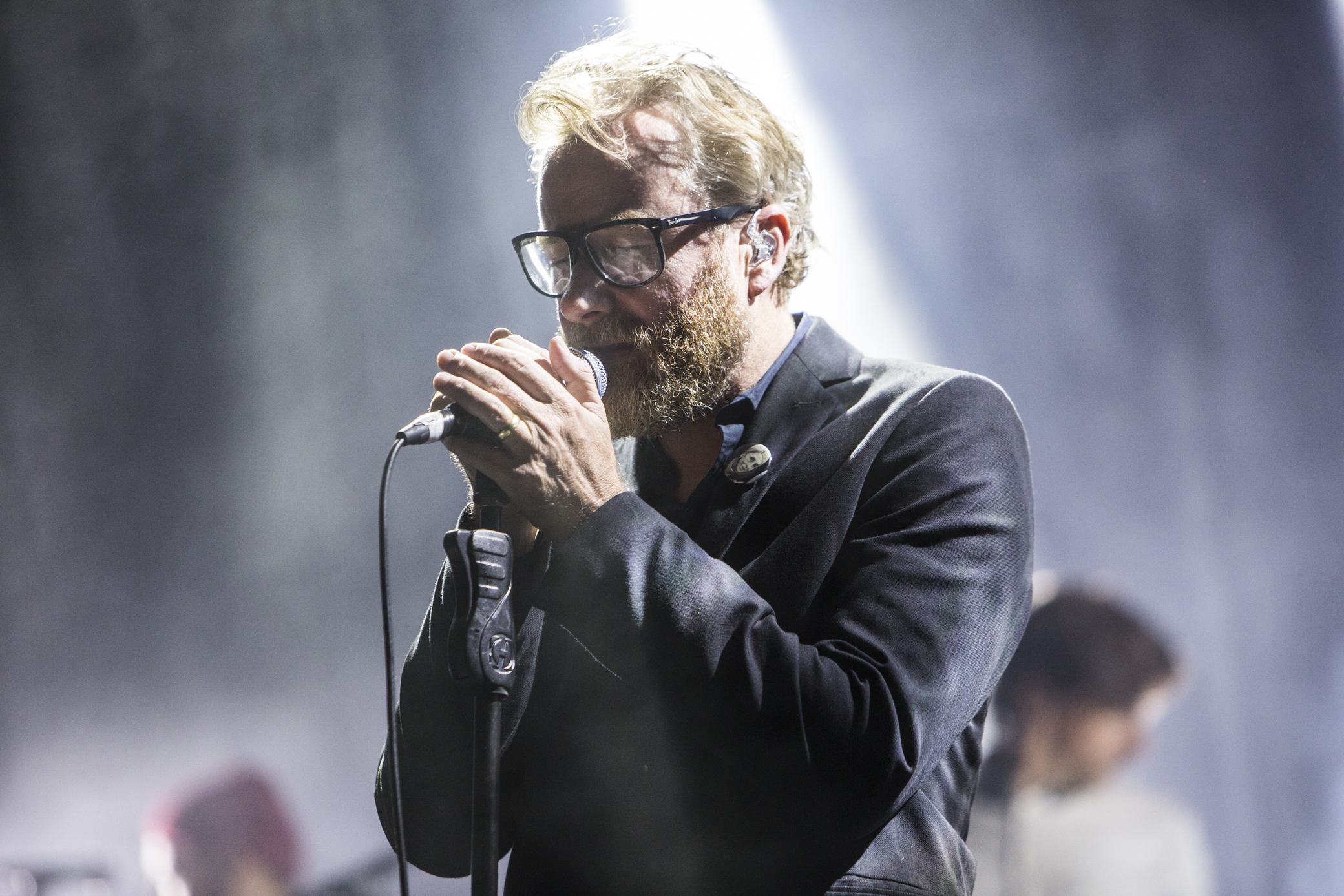 The National // Photo by Philip Cosores 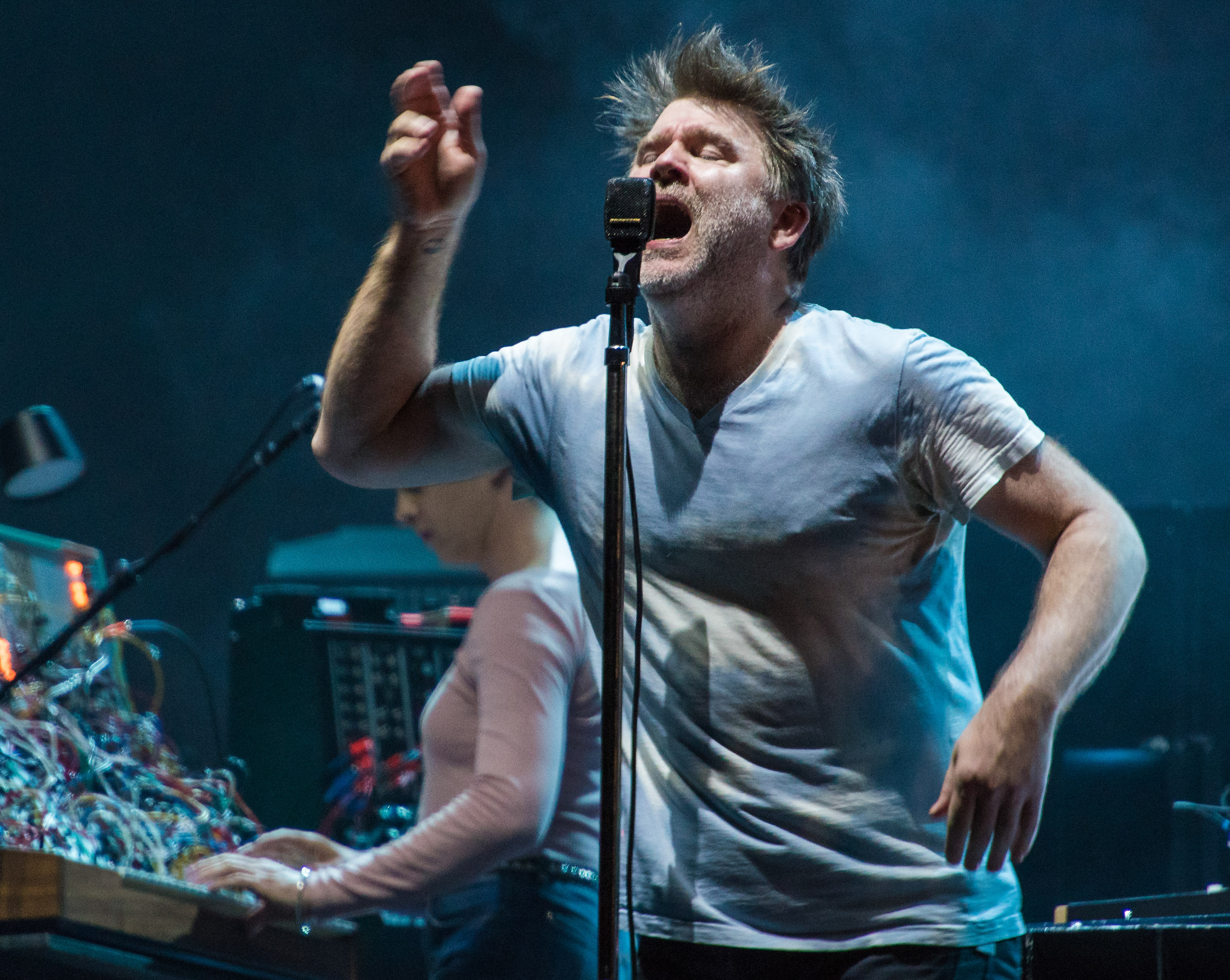 That brings us to point number two. Here’s what still sucks: rock. I admittedly don’t want to know what a band called Nothing More sounds like. I do want to abolish the categorical differences between “Best Rock Performance” and “Best Rock Song” so that zombie Leonard Cohen can face off against Avenged Sevenfold. I do want Ice-T’s Body Count, who put out a legitimately good, legitimately political album this year with Bloodlust, to win Best Metal Performance. Best Alternative Album has long been the least surprising category at this shindig, particularly when no woman not named Björk is ever nominated. At least the rap categories could turn someone onto a talent like Rapsody, who’s up for Best Rap Album. All Best Alternative Album makes anyone do is wonder why LCD Soundsystem isn’t slotted under dance, or why the The War on Drugs is up against Metallica and Mastodon for Best Rock Album, instead of The National’s Sleep Well Beast, a record it actually somewhat sounds like.

Maybe more rockers with clout will have to pull what Frank Ocean and Drake did by boycotting the Grammys in order to get the committee’s attention to speed up the reform. As with every other institution, more women of color and more non-binary people need to see recognition in order for the Grammys to ever truly catch up. Luckily, it doesn’t seem like any possibilities this year could be as much of a letdown as giving Kendrick and Beyoncé’s awards to Taylor Swift and Adele, respectively. We shouldn’t take that for granted, but we should also keep pushing our institutions to do right. And much as this author would love to see Jay Z’s continued vindication after becoming the first rapper inducted into the Songwriters Hall of Fame, the year of #metoo isn’t really the best time for a guy to receive a crowning award for his apology to the wife who got snubbed for the same thing last year. Somehow the Grammys might just never lose their ability to not let us have nice things.

The Grammys Aren't Fair to Anybody