The fallout from monsters has swept over Hollywood like a purging rain. In the latest, and nearly unbelievable twist, Ridley Scott is literally erasing all existence of Kevin Spacey in his latest drama, All the Money in the World. Swapping Spacey with character actor extraordinaire Christopher Plummer, Scott intends to reshoot all of Spacey’s scenes, in keeping with the December 22nd theatrical release deadline. Scott’s simple explanation to accomplishing this commendable, and unprecedented task: “I’m super fast.” So, we got to thinking how fun it would be to imagine, realistically, actors who could have replaced Spacey in 10 of his most memorable roles. 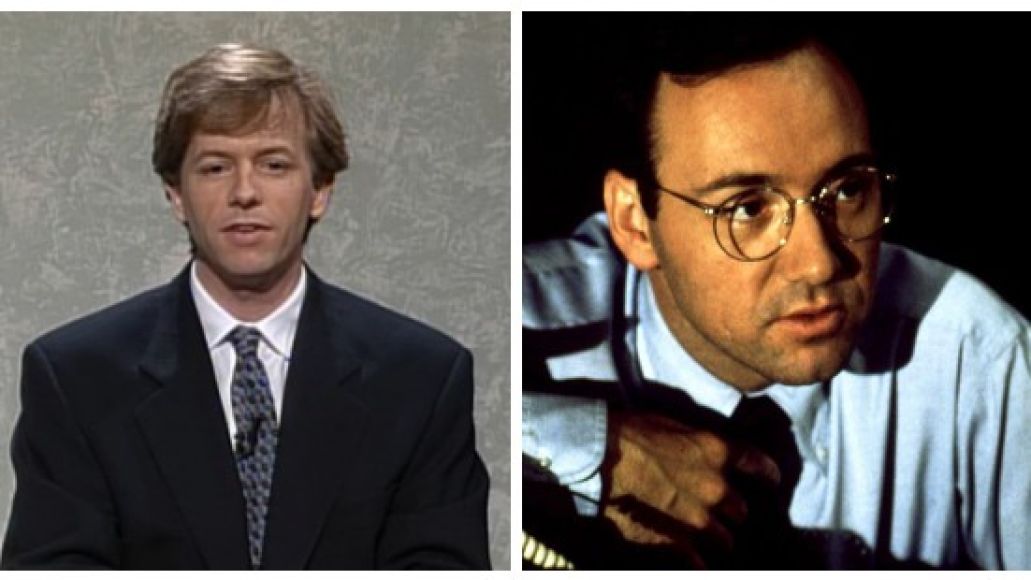 Spacey brought what would become his trademark snark to nerdy, eternal company man John Williamson. Let’s replace him with an unlikely choice: David Spade. The SNL vet, who would soon be playing annoying, terminally mid-level corporate stooges in the Coneheads, Tommy Boy, and Black Sheep, really would have snarked up the joint.

Willem Dafoe for The Ref 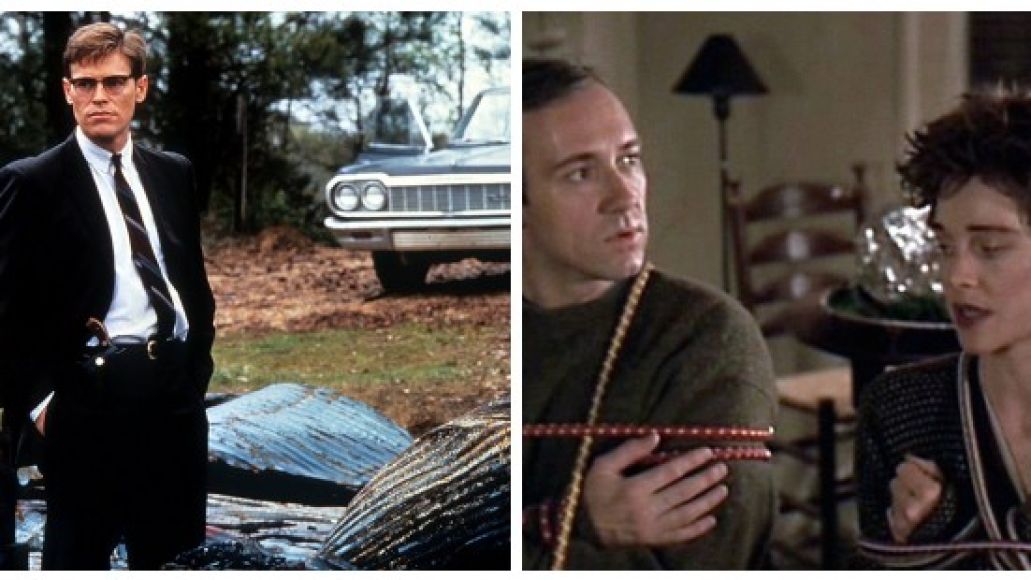 One of the better films in the all-too-short career of director Ted Demme, Denis Leary plays a thief embroiled in the last stages of marriage for Spacey and Judy Davis. Spacey is unbearably snarky in the role of uptight, upper-class, sad sack Lloyd. Willem Dafoe would have brought stealthy unease to the blackly comedic role, as anyone who has seen Antichrist knows, he doesn’t handle spousal unrest very well.

Tim Roth for Swimming With Sharks 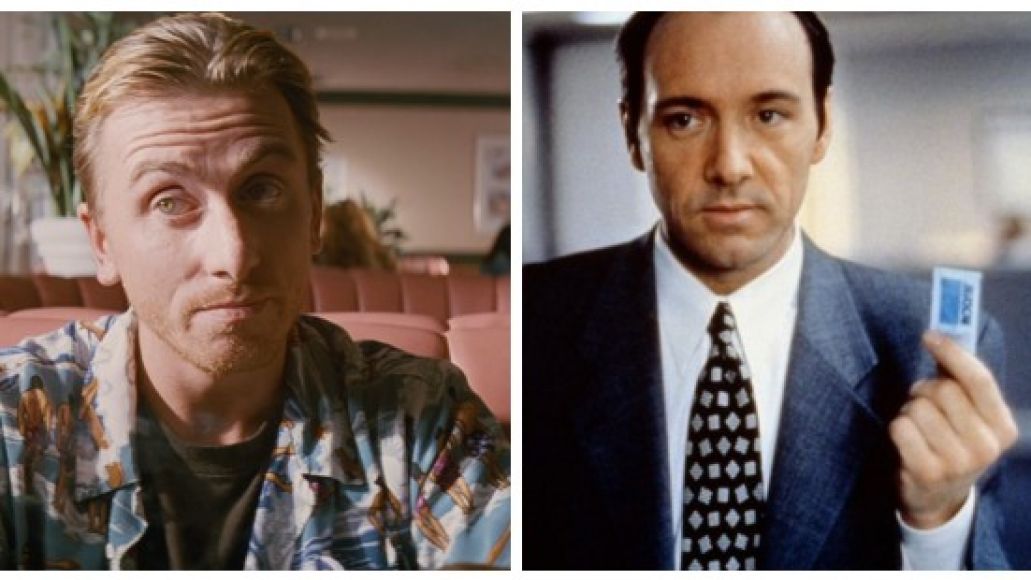 Tim Roth was hot in the ’90s, and his roles in Pulp Fiction and Rob Roy proved he could do villainy with a smile. That’s what would be needed for the role of evil boss personified Buddy Ackerman in Swimming With Sharks. Going from subtle insult to soul-crushing blow in an instant, Roth would have added another classic role to his 90s filmography. Instead, we got Spacey, snarking it up once again. 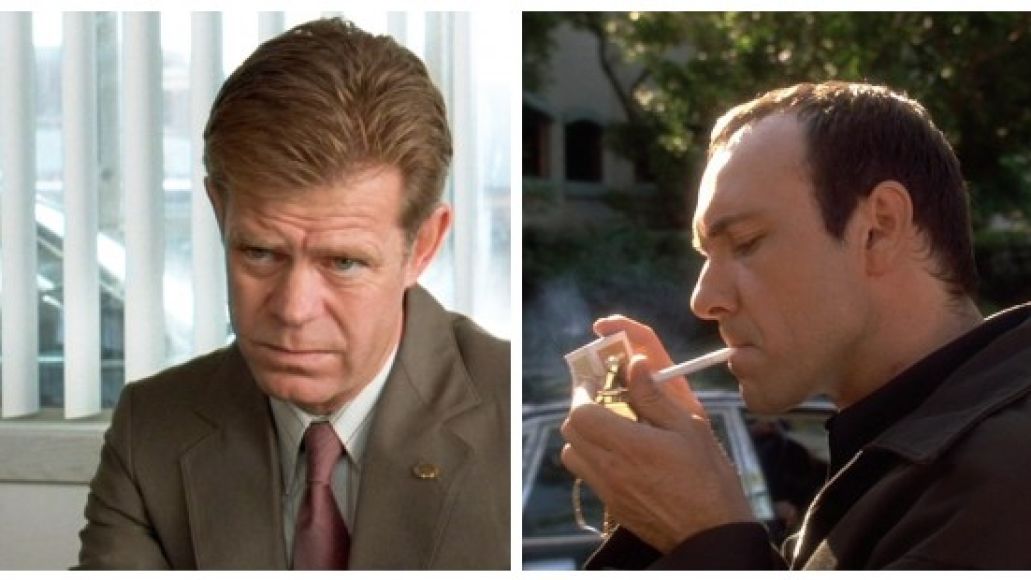 Spacey is undeniably brilliant in the role of Verbal Kent aka Kaiser Soze in fellow Hollywood creep Bryan Singer’s award-winning debut. But, imagine how William H. Macy would have handled the role. The schlubby duplicitousness of Fargo’s Jerry Lundergaard would have transferred perfectly to the role. 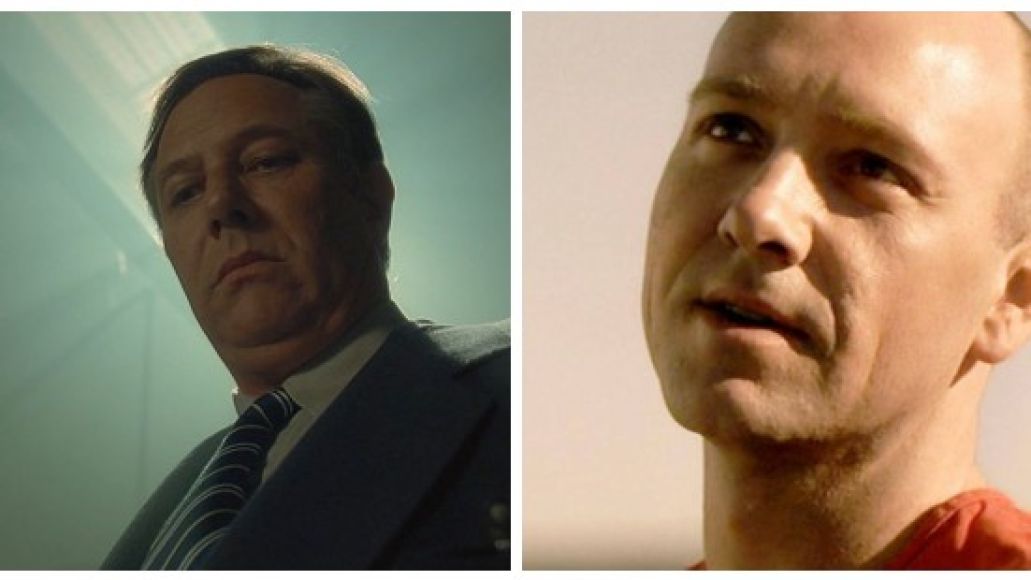 What was so great about watching Se7en for the first time wasn’t just what was in the box, but the reveal of a dangerously serene Kevin Spacey as serial killer John Doe. Equally disturbing was the late J.T. Walsh as a smiling, skeevy pervert in Sling Blade. Walsh could have brought equal ick factor to the role, as a maniac who sees what he does as “important.” 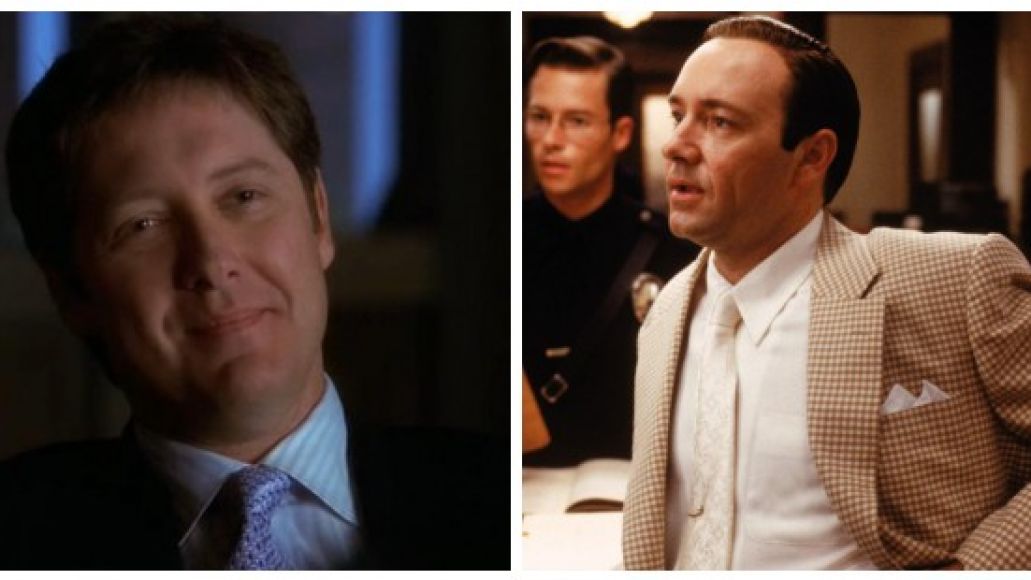 When it comes to slimy characters, who slithers better than James Spader? Portraying the flashy, “Hollywood” detective Jack Vincennes, Spader, sporting a white sports jacket and slick haircut, basically casts itself. They should just remake the damn movie so I can see Spader in that role.

Nathan Lane for Midnight in the Garden of Good and Evil 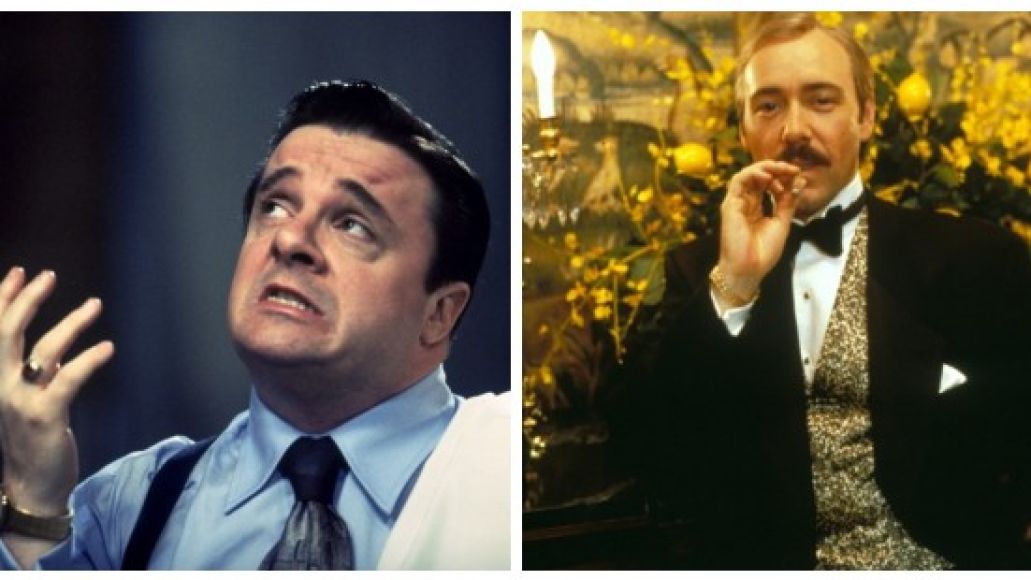 For the role of art collector/bon vivant/semi-closeted homosexual Jim Williams, Nathan Lane could have turned his over-the-top role in The Birdcage into Southern gentility. With his prop cigar, warm drawl and immaculate attire, Lane might have proven himself a fine, dramatic actor, instead of settling for just broad, loud, and swishy. 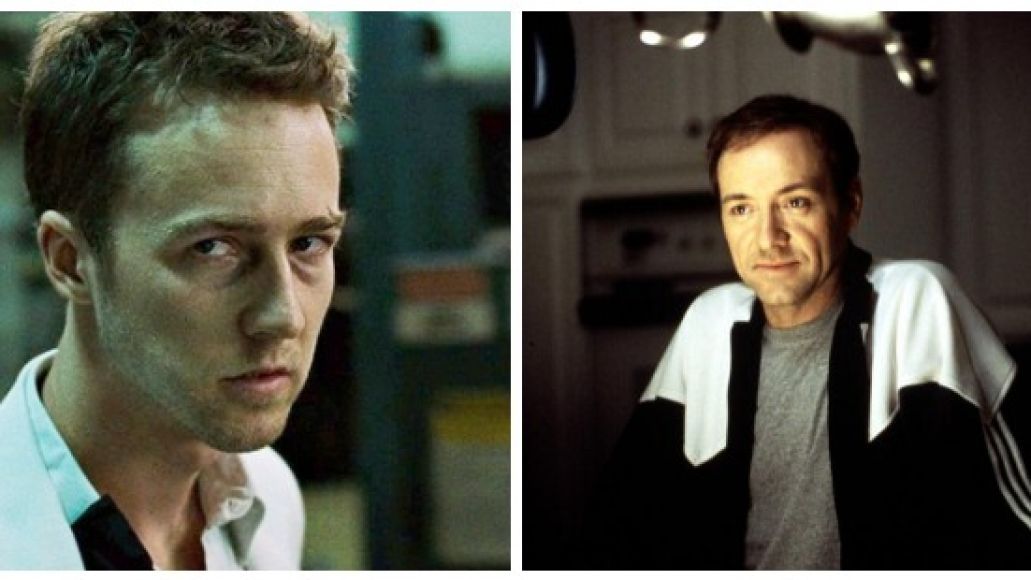 In the grossly overrated Beauty, Spacey finally brought his snark full-scale, and netted a Best Oscar. Ugh. While he would have been arguably too young at the time, I can’t help but imagine Edward Norton in the role of suburban burnout Lester Burnham. Actually, it might have been more interesting to see a younger man in the role, one already crushed by the drudgery of picket fence ennui. Norton pulled it off a year earlier in Fight Club, so why not? 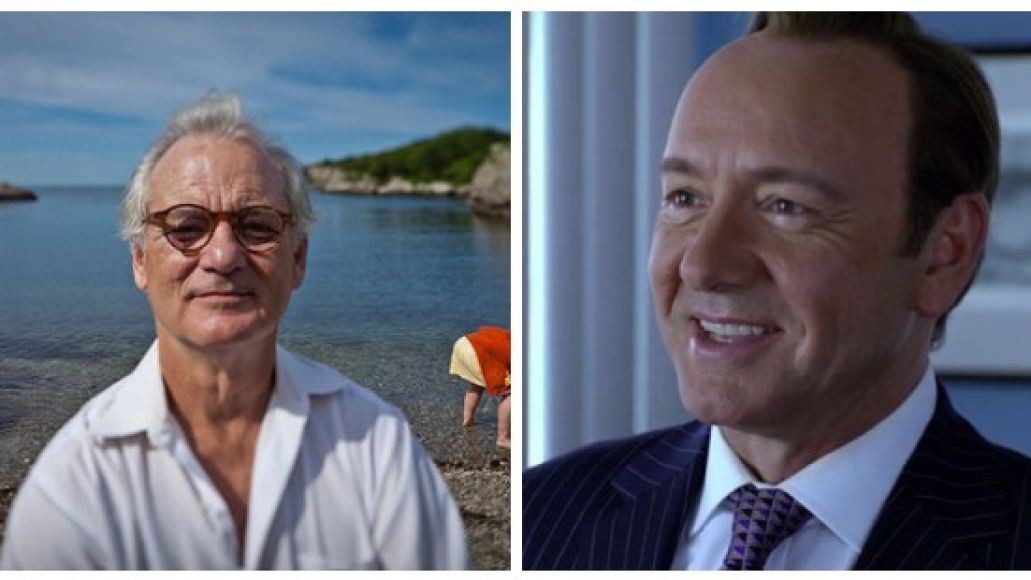 The 2000s were pretty goddamn boring for Spacey roles, as he revealed all his cards in American Beauty, making it clear that he couldn’t play many notes. So let’s fast forward to Bosses, where Spacey played into type another Boss from Hell, hit his easy beats, and went home with a paycheck. Throw in a wildcard like Bill Murray, breaking him from indie curmudgeon stagnation, and the whole thing is lot more fun. 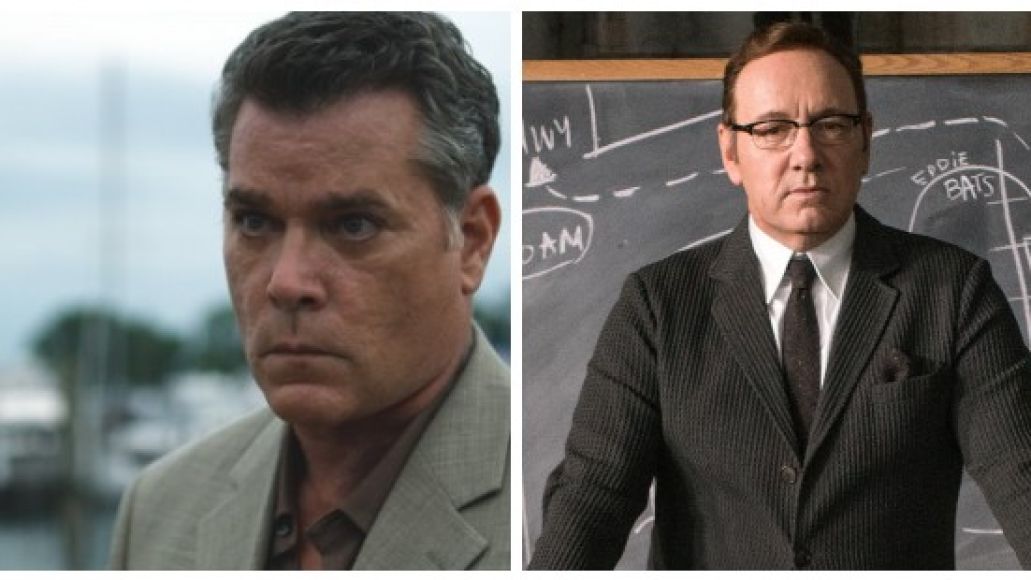 Spacey is fine in Baby Driver, playing an all-business, yet sympathetic mobster. It was more of the “regal baddie” for Spacey, which is just plain boring after House of Cards. Bring in a live-wire like Ray Liotta, who can bring charm and menace to a role (think Something Wild/Goodfellas Liotta). What was essentially a throwaway role could have been something special with Liotta calling the shots.