The Sunday Matinee takes a look at a classic or beloved film each weekend. This week, Andrew Bloom revisits Tim Burton’s black-and-white classic to address an issue very much in the gray.

In the wake of disquieting fan revolts over superhero films, video games, science fiction awards, and genre works of all stripes, there’s been an ensuing debate over who “owns” art. Whether you’re talking about a particular release, a broader genre, or even an entire industry, there’s an ongoing discussion to the tune of “who does this belong to?”

And the responses are legion. Is it the creative individuals behind these works? Their most ardent fans? The would-be arbiters of taste? The studios and publishers who fund them? Is it the dye-in-the-wool traditionalists or the boundary-pushing innovators? Who among these gets to decide what’s acceptable and what isn’t, let alone what’s good, great, or even art in the first place?

These are questions at the heart of Ed Wood, the 1994 film from director Tim Burton. The movie centers on its eponymous protagonist, a real-life purveyor of schlock and the creator of, by acclimation, the worst movie of all time. But Ed is nevertheless steadfast in his belief and commitment to the greatness of his creations.

And when not centered on Wood’s creative endeavors, the film shines its spotlight on his best friend, Bella Lugosi. The washed up former star of B-movie flicks spends his dwindling funds on drugs, but yearns for the good,old days when he was a star. Each of these men tries to create art, to do something they believe in, and then faces the world’s indifference or disdain for the fruits of their labors. 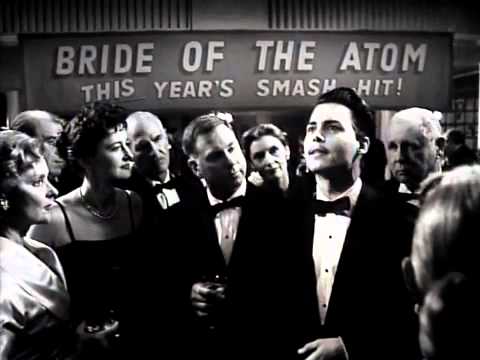 Despite that indifference, there’s an irrepressibly upbeat quality to Ed Wood himself in the film, played with unrelenting zeal by Burton favorite Johnny Depp. The main character of the film is endlessly optimistic, willing to face any setback or insult as a mere bump in the road to inevitable success. No matter the failure or hardship in his path, Ed is unfailingly chipper and convinced of the beauty of his art.

What makes the character not only endearing but indelible is his sheer earnestness. From the opening sequence where we see him mouthing along backstage to the lines in his little-seen play to the final scene where he does the same routine in a packed house there to see his magnum opus, Wood believes in his work without a hint of irony. It doesn’t matter if what he’s producing bombs; it doesn’t matter if his girlfriend doesn’t understand it or if he has to make his masterpieces on a shoestring budget. Each is an earnest reflection of his soul and his vision, and by god, that’s more than enough for him.

At the same time, Lugosi (Martin Landau, in arguably his finest hour) is a tragic counterpoint to Wood. The film’s depiction of Lugosi casts the actor as a fallen artist, convinced of his own greatness and scornful of the world that refuses to recognize it. Landau infuses an inspired pathos in Lugosi, with a performance that highlights the way the veteran performer is both bitter at his losses but also sympathetic in his affection for Ed. His version of Lugosi has both earned his current plight with his drug habit and yet is pitiable for the circumstances it’s left him in.

The Lugosi of Ed Wood can be a sad, even dangerous man, but he also still displays the last gasps of a man who once believed in his abilities and in his work just as much as Ed does in the here and now. He is Ed’s greatest ally, his admission into the world of filmmaking, and his continuing inspiration, and that makes him a figure as alternately sad and beautiful as befits the tone of the film. 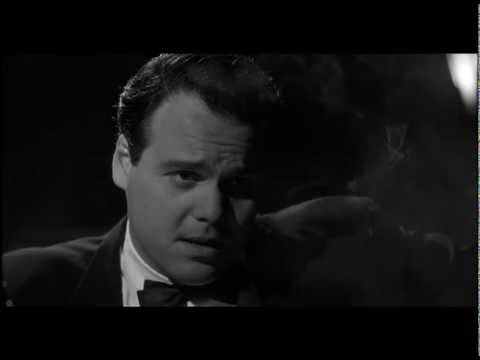 The heart of Ed Wood comes in a late scene shared between Ed Wood and Orson Welles (a young Vincent D’Onofrio by way of veteran voice actor Maurice LaMarche). The conversation between the pair of auteurs is far from subtle, with Welles complaining about having to compromise his artistic goals and espousing the virtues of sticking to your vision no matter what, but it works.

Burton and his collaborators sketch an unexpected parallel between the two unlikely “visionaries” here. The scene suggests that there’s a beauty in artistic purity, whether it comes from one of cinema’s most venerated artists or from its most deluded-if-earnest creators of crap. The film posits that all art contains a piece of the author’s soul, from cinema’s highest highs to its lowest lows, and that fact connects everyone with the foolhardy impulse to try to make good on the impulse to create.

Ed Wood itself is a tribute to the notorious director’s vision. Filmed in black and white, the movie features the herky-jerky rhythms, grandiose introductions, and broad-yet-endearing patter that characterized the work of the real-life filmmaker. From styles of blocking and framing that have fallen out of favor in the present day, to low shots and dutch angles that convey the disorienting quality of Ed’s trips to visit Lugosi, Burton tries to honor Wood’s vision by embracing his style. There’s something charming about seeing these techniques employed in a major motion picture, produced four decades after Wood’s heyday, and it’s as pure a vindication of the idea that there’s something worth loving in Wood’s art.

But there’s another side to the question of who art belongs to and what makes it worthwhile that the film explores with an equal conviction. When Wood makes Glen or Glenda (a film about cross-dressing that burns Ed’s bridges with one ramshackle studio and makes him the laughing stock of another), he isn’t discouraged, but he does realize that there’s an uphill battle ahead of him. And yet in casual conversation, Ed’s friend Bunny announces that he’s going to Mexico to have a sex change operation, because this much-derided picture spoke to him, and he cannot help but take action in its wake. And that gives the film, the effort, value, even if it only changes that one life. 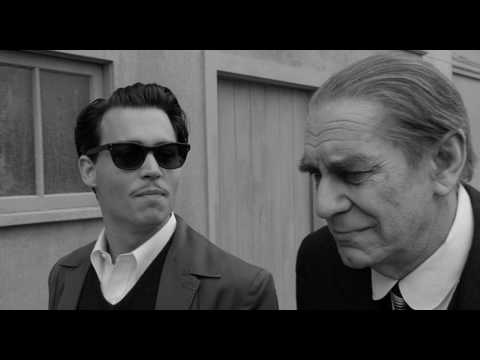 In the same way, there’s an irony to the scene where Ed attends the premiere of Plan 9 from Outer Space (his ignominious “masterwork”) and declares that this is what he will be remembered for. The irony is that he’s right, but as a matter of infamy rather than veneration. And yet, despite the laughable reputation and odd sort of fame Wood and his film would achieve, Burton makes clear that Ed and his cohort see their movie in a very different light — as Ed’s love letter to the deceased friend who so inspired him, with a film that captures his last fleeting moments of beauty. The world may have written off Lugosi, or failed to recognize his achievements, but Ed didn’t, and it changed his life.

And maybe that’s all you need. When Ed’s girlfriend Dolores (Sarah Jessica Parker) lashes out at him in the midst of his belly dancing at a wrap party, she halts the proceedings to announce that he and his friends are all freaks. She declares that the films Ed makes with this motley collection of souls are terrible and storms off.

She’s not wrong exactly. By the end of the Ed Wood, Ed finds himself the unassuming leader of a pack of misfits, the sort of human odds and ends that don’t fit into what one expects from Hollywood glitz and glamor. And history has deemed his pictures lacking in any real quality, if not in passion. The appeal of Wood’s films, and the band of folks who’d find his work invigorating rather than baffling or worthy of derision, is incredibly narrow.

But so what? Burton draws a connection between Wood’s filmmaking and his cross-dressing, presenting the idea that Wood is the most fulfilled when he can be his most open and unvarnished self, on the screen, in the bonds of friendship, and in romance. He relishes that state of acceptance instead of judgment. There’s a profound jubilation in that belly dancing scene, where after wrapping up another opportunity to do the thing he loves most, Wood surrounds himself with people who are on his wavelength, who love and appreciate his talents and his work, and whom he can feel comfortable expressing his true self with, regardless of his sartorial or directorial choices. 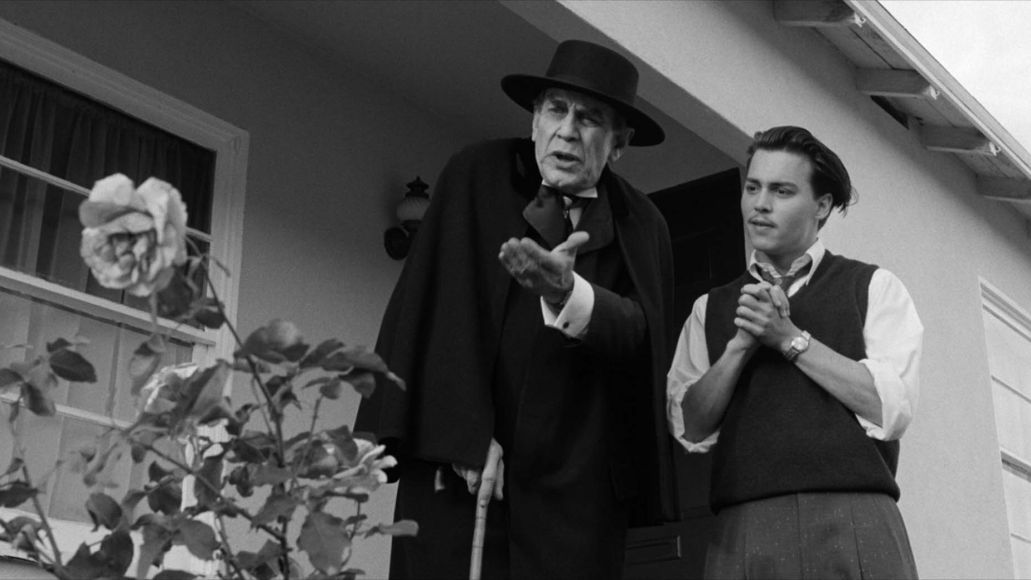 That is a wonderful, joyous thing. And by the same token, Ed Wood suggests that there must be merit in anything that comes from such a place of truth, happiness, liberation, and earnestness, no matter what it lacks in technical or performative skill or how small its audience.

Ed Wood isn’t a perfect film. As fun and sweet and heartbreaking as it can be, it runs long, indulges a bit too much, and repeats the same beats a little too often. But it is perfect in what it stands for — the idea that art comes in all shapes and sizes, and that if it can still move people, if it can still make even one person happy, then it has a place in this world, no matter what you, or I, or anyone else thinks of it.

Art doesn’t belong to the creators or to the devotees or to the tastemakers or even to the ones writing the checks. It belongs to anyone who loves it, to anyone who can wring that kind of joy from it, regardless of whether it’s pretty, clean, or even good.

Ed Wood and Who Art Really Belongs To