From its inception, Jumanji: Welcome to the Jungle seemed like a really bad idea. A sequel to a mediocre Robin Williams movie from the 90s, which can’t even benefit from a Harrison Ford-like cameo from the beloved late comedian? The whole project reeks of cynicism, every ‘Hollywood has run out of ideas’ thinkpiece’s greatest confirmation that studio executives care more about empty nostalgia and celebrity casting than the crafting of quality entertainment. (Its biggest mistake is confusing a cheeky Guns ‘N Roses poster tagline for a legitimate, workable subtitle.) That being said, if you’re willing to lean into the movie’s complete and utter stupidity, Jumanji might just stumble through its languorous two-hour runtime on sheer charm.

Jumanji: Sweet Child O’ Mine picks up immediately where the first left off, with a plucky teen (Nick Jonas) in 1996 finding the titular board game on a beach and bringing it home. “Who plays board games anymore?” complains Jonas; as if on cue, the game magically transforms itself into an old Atari cartridge (Why Atari? He was literally just playing a Playstation a minute ago), which sucks him into the game immediately upon starting. Cut to twenty years later, when a group of mismatched teens – nerdy Spencer (Alex Wolff), football jock “Fridge” (Ser’Darius Blain), bookish Martha (Morgan Turner) and selfie-obsessed Bethany (Madison Iseman) – find the game in a donation box at school during detention. They turn on the game, pick their characters, and are sucked in likewise.

On the other side, the kids find themselves embodying their perfect video-game avatars: the dweeby Spencer is now beefy adventurer Dr. Bravestone (Dwayne Johnson); Fridge is the diminutive sidekick Moose Finbar (Kevin Hart); vain Bethany is the pudgy middle-aged cartographer Shelly Oberon (Jack Black), and meek Martha becomes the Lara Croft-esque Ruby Roundhouse (Karen Gillan). Now trapped in the game, the four must look past their differences, overcome their flaws, become the heroes they were meant to be, and so on and so forth.

Jumanji: November Rain feels like a film that should have been made ten years ago, and yet it wouldn’t work nearly as well without this specific cast of 2010s A-listers. A good portion of the film’s appeal is seeing Johnson, Hart, Black, and Gillan play against type, incompatible personalities shoved into incongruous bodies. Johnson’s suddenly meek, Gillan is insecure, Black is (slightly) prissier than usual, and Hart…okay, he’s still Kevin Hart. Thanks to their boundless comic energy, and a surprisingly quality chemistry with one another, a decent portion of the gags actually end up successful. Johnson is funny and deeply charismatic as always, but the real treat is seeing Gillan make a meal out of her reluctant sexpot persona. A scene where Gillan attempts to ‘flirt’ with NPCs to create a distraction is a great showcase for her command of physical comedy, muscles she hasn’t flexed this much since Doctor Who and Selfie.

The story of Jumanji: Knockin’ on Heaven’s Door (the product of five different screenwriters, natch) is paper-thin, leaning hard into ’90s-era video game conventions as a self-aware excuse for the film’s utter ridiculousness. The film’s video game world operates on a few flimsy rules: everyone gets three lives, for instance, mining some comic beats out of the game’s tendency to respawn them thousands of feet in the air. Every team member has strengths and weaknesses, which are mostly one-off jokes: Johnson’s strength is smoldering intensity, aka The People’s Eyebrow, while one of Hart’s myriad weaknesses is strength. (“How is strength my weakness?” he wails.) They run across NPCs who repeat pre-programmed phrases, see flashback cutscenes in their minds, and so on. Questions remain as to why we occasionally cut away from our video game heroes to scenes establishing villain Van Pelt (Bobby Cannavale); if this is a game, why are we seeing this? It shouldn’t even be happening. (It’s also best not to question why a video game would design characters with working genitalia, a gag mined frequently by the teenage girl inside Jack Black’s body.)

For all the charm of the main cast, it’s borderline impossible to keep that energy up for two whole hours; by the second and third acts, Jumanji: The Spaghetti Incident starts to run out of steam. Before long, our heroes are trudging through one limp setpiece after another, hoping to keep it all afloat on the strength of Black and Hart’s different brands of comic whinging and Johnson’s sheer magnetism. By the time they finally track down another unwilling prisoner of the game (two guesses as to who that might be), the cast’s precious equilibrium is lost, and all that’s left is to limp through a thuddingly dull climax all the way to the finish line.

Jumanji: Since I Don’t Have You is asinine beyond belief, and by no means should it ever have been made. If you lower your expectations enough, however, you might find some fun diversions in the form of a game cast of comedic talents willing to play with their established personae and have a little fun with it. As dated as the video game conceit may be, it at least offers some novel mechanics for the two-dimensional characters to work through, while the teens inside learn some trite lessons about how to really be yourself. Jumanji: Mr. Brownstone shouldn’t be your first choice for movie night – especially during awards season – but you could do far worse as diversions go. 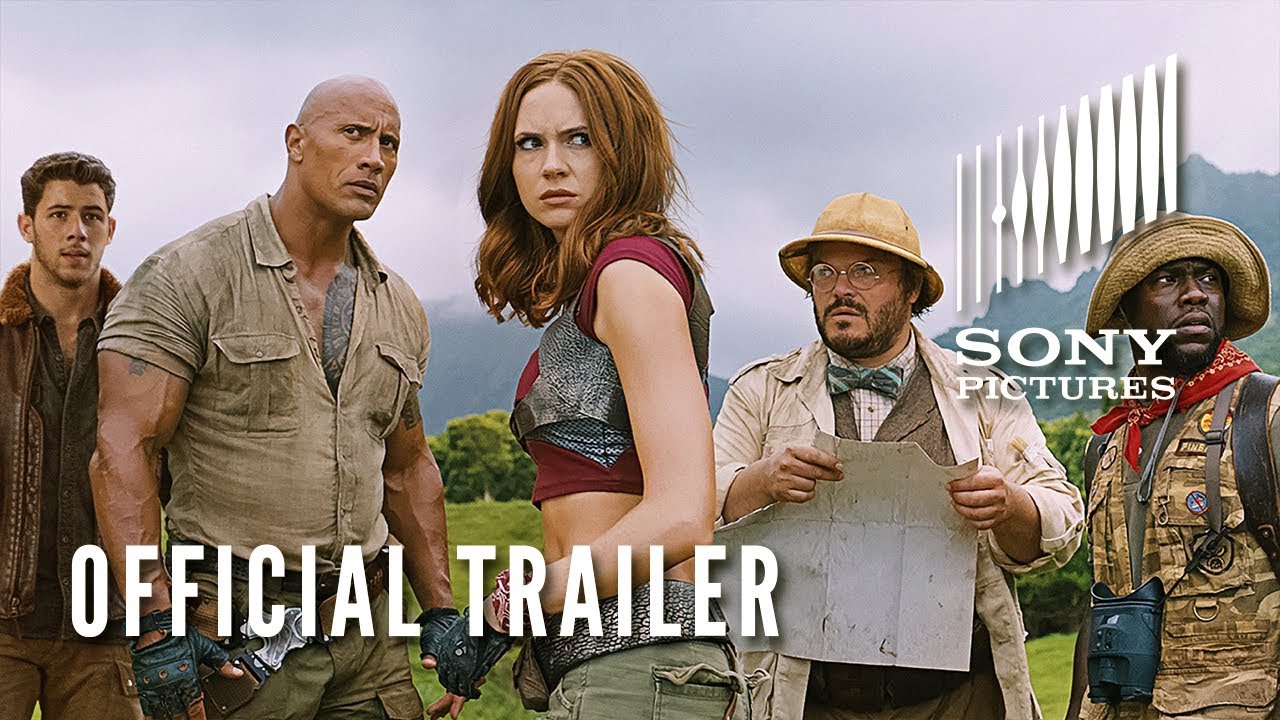