In theory, an end-of-summer boy band concert might be the closest place a fandom gets to finding utopia.

School-night curfews and general real-world responsibilities are temporarily off the table. Scrutiny by older siblings, friends, or co-workers is a distant evil. The immediate population around you are basically like-minded friends you haven’t met yet. As soon as the house lights dim, you’re allowed to sing (or gutturally scream) your truth as much as you like. Yet, for Brockhampton fans, the mark of a true boy band blowout is not measured in full-throated hysteria, but in how well you can benignly insult its band members.

The chants started meekly at Brockhampton’s first tour through Boston this past September. Between sets, a few kids towards the front started yelling “fix your teeth,” a callback to de facto band leader Kevin Abstract’s dental insecurities on “Star”. Within minutes, a new, louder chant swept the entire floor of the nearly 600-capicity venue: “FUCK YOUR SHOES.” 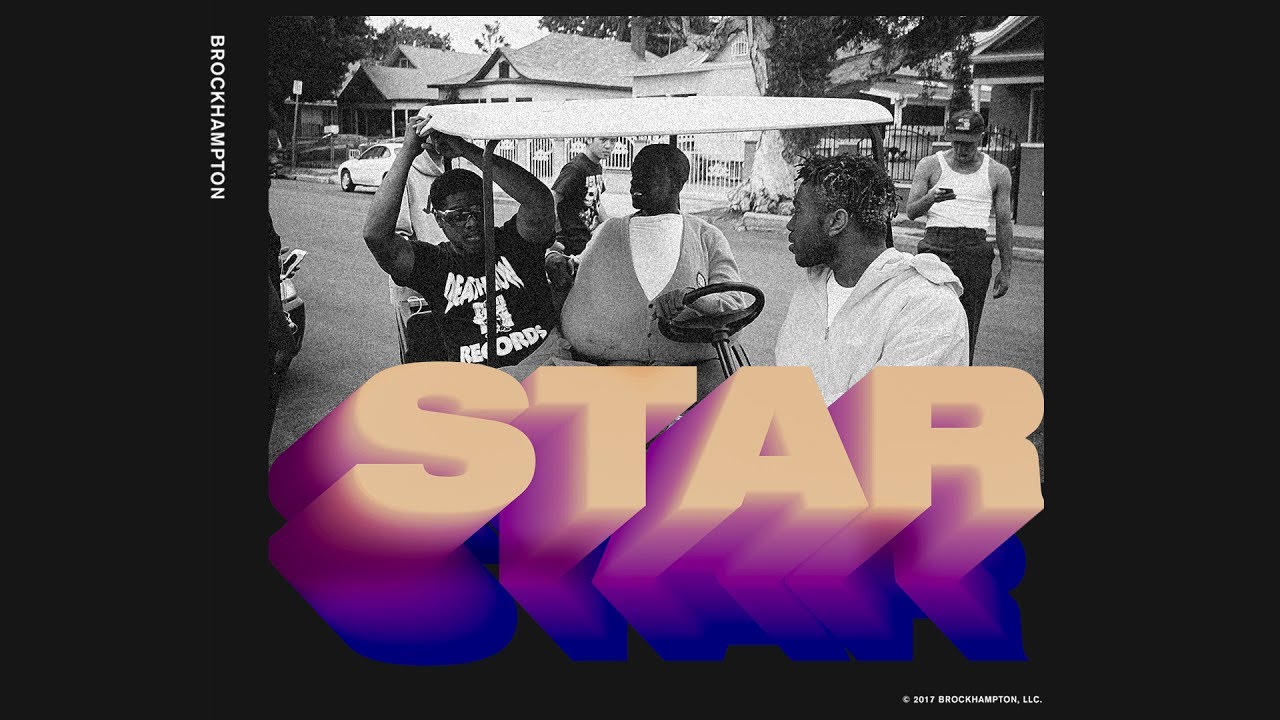 A woeful outsider to the fandom, I frantically started Googling combinations of “brockhampton fuck your shoes.” Across their two albums and mixtape, there’s not a single lyric describing a hatred of shoes, nor in any translations of their video intros featuring Roberto – Brockhampton’s webmaster and official Spanish-speaking announcer. In a last-ditch effort, I checked Twitter and found my answer: the band signed one of Abstract’s shoes backstage and planned on throwing it into the crowd. The chant had only begun dying down, but Abstract already had a response. “they just started a fuck your shoes chant,” he tweeted, “so nvm boston ima give em to someone who deserve em. smh.”

The saga of Abstract’s shoes arced in under 10 minutes. A group next to me started passing around the rapper’s most recent tweet, laughing like Kevin was just another friend that would get a high five for playing along once he got off stage. Once Abstract and the rest of Brockhampton arrived onstage, the crowd heel-turned towards a traditionally adoring fandom, though there wasn’t much convincing needed to go along with the band’s self-proclaimed “Southside One Direction” status.

Brockhampton’s draw is fairly straightforward: They’re a 14-piece boy band – a title they not only started, but have actively championed since – of rappers and creatives looking to upend traditional release cycles and pop star standards before they implode in a blaze of sheer productivity (more on that later…) 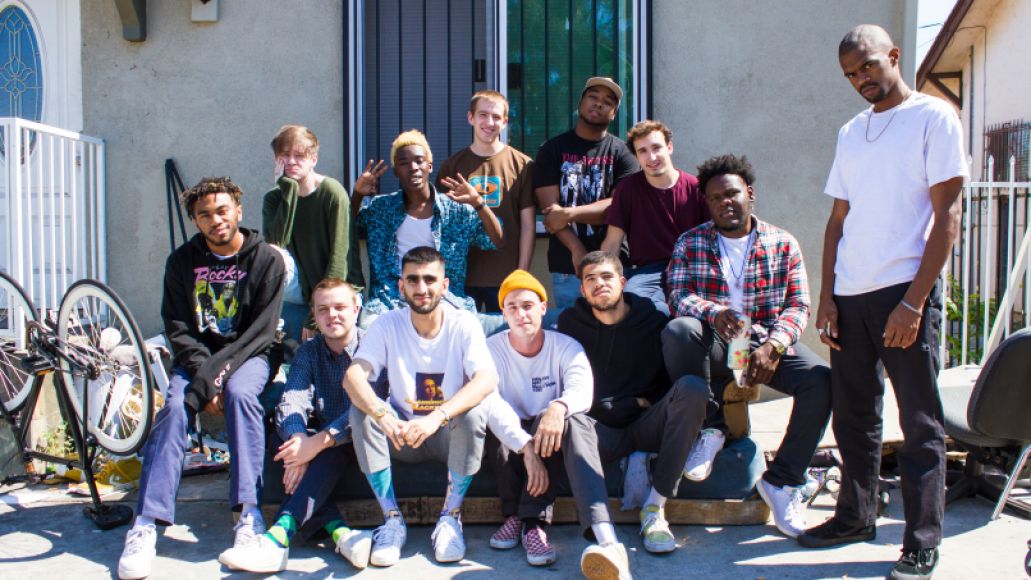 Any skeptics of Brockhampton’s rightful space in the boy band canon are welcome to check out their extensive (and perennially sold-out) merch store. With each reaction video sizing up Abstract’s unflinching verses about being openly gay against rap’s social politics, there are twice as many self-directed music videos from the Brockhampton camp reminding fans how much they care about outside opinions. And while any less-than-perfect album review would shake a young band to its core, they’ve taken one of their most high-profile reviews and made it into a t-shirt.

Maybe it’s just easier to explain Brockhampton’s rise to the fringes of alt-pop stardom in the fandom’s voice: When a band and its output are this compelling, fuck the reviews, fuck the thinkpieces, and, while we’re at it, fuck your shoes, too. Brockhampton is not your traditional boy band, but they’re sure as hell the one that 2017 desperately needed.

“Just imagine a group of kids moving together for one goal, one big goal.”

Kevin Abstract’s disembodied voice is cinematically narrating shots of his bandmates lounging across couches and floors, dimly lit by the glow of their laptop screens. “They move into a house, this big house, and they just create all day long,” Abstract continues. “They make all their dreams come true. That’s their goal, to make every single dream come true … imagine that. That’s what Brockhampton is.”

For likeminded peers, it’s also possibly the new American Dream. Replace the small-business-owner motif with a Soundcloud rapper, find your associates through a Kanye West fan forum, move to the West Coast together, and use your Spotify streams and YouTube views as metrics for success. Considering the fact that Tyler, The Creator’s couch-hopping performance on Jimmy Fallon is now an iconic piece of ancient Internet history for a population of DIY artists in their late teens/early twenties (which, in the case of Brockhampton, is its entirety), a 14-piece boy band of rappers and creatives seemed not only possible, but mainstream accessible. The reason Brockhampton are our Rookies of the Year rests in the sheer ambition of their Saturation trilogy, a set of albums that puts to bed the notion that artists have to choose between quality and quantity. 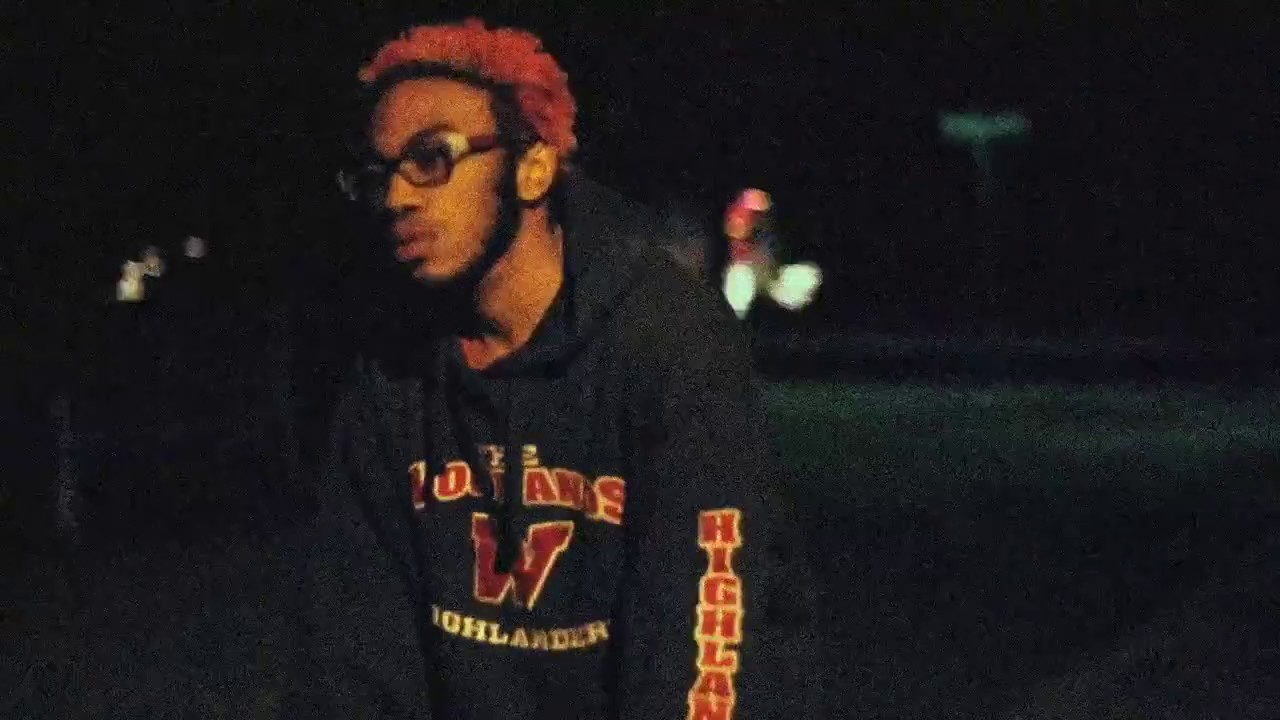 Trading out Texas for California in the wake of their All-American Trash mixtape, Brockhampton’s biggest hurdle on the first Saturation album was a rather traditional one: cementing some kind of group identity. Aside from Abstract, who already had two blog–buzzed solo albums, and singer-producer bearface’s occasional appearances on Majestic Casual, Brockhampton’s lineup remained in varying states of localized recognition going into 2017. Comparisons to Odd Future’s similarly ambitious, but overstuffed roster trailed them in comment sections, which June’s Saturation only helped by partially leaning into.

“HEAT” opens Saturation in a gratuitous blaze of violence, a blown-out bass heralding rapper Ameer Vann’s lurid observations mid-robbery (sample verse: “I love to watch ’em squirm, I love when bitches bleed/ If she’s sucking on the barrel, you can’t hear her scream/ So kiss the fucking carpet, this aggravated larson”). It’s brash, grotesque, over-the-top, and pretty much any other adjective Odd Future would’ve gravitated towards in their heyday. But, ultimately, it’s a red herring in defining Saturation. “GOLD” and “STAR”, arguably the band’s breakout singles, fulfill that role far more effectively. Over a minimalist, hiccuping beat, “GOLD” exudes superstar bravado without leaving the confines of their southern Californian neighborhood. The video features the band comically strutting down the street in wigs and costumes, dancing in the back of a strobe-lit UHaul like a Be Kind Rewind-style sweding of Missy Elliott’s “Supa Dupa Fly”. It’s Brockhampton’s DIY approach at its most wholesome, but also the first time Matt Champion’s smirking verses, JOBA’s warped, Timberlakean vocals, Merlyn Wood’s Young Thug-esque ad-libs, and Abstract’s earworm hooks began to congeal into the full boy band package.

“STAR”, meanwhile, is a mood board of pop culture worship. Vann, who casts himself as both “the black Tom Hanks” and “Secret Agent Cody Banks,” is as confident boasting about his fledging pop stardom as he is discussing the hard-earned path it took to get there. Dom McLennon, arguably one of the group’s more unsung talents, joyously throws out comparisons to Bruce Campbell in Evil Dead, Hannibal Lector, Molly Shannon, and both Tobey McGuire and Seabiscuit. It’s the kind of anthem that immediately becomes a band’s live calling card – currently, “STAR” gets played at every Brockhampton show roughly five times on average – but it’s also the essence of why Saturation works so well. It’s reputation-building without losing itself in self-seriousness, joking with a need for validation under the surface, and radio-worthy without losing the slight surface marks of bedroom production. 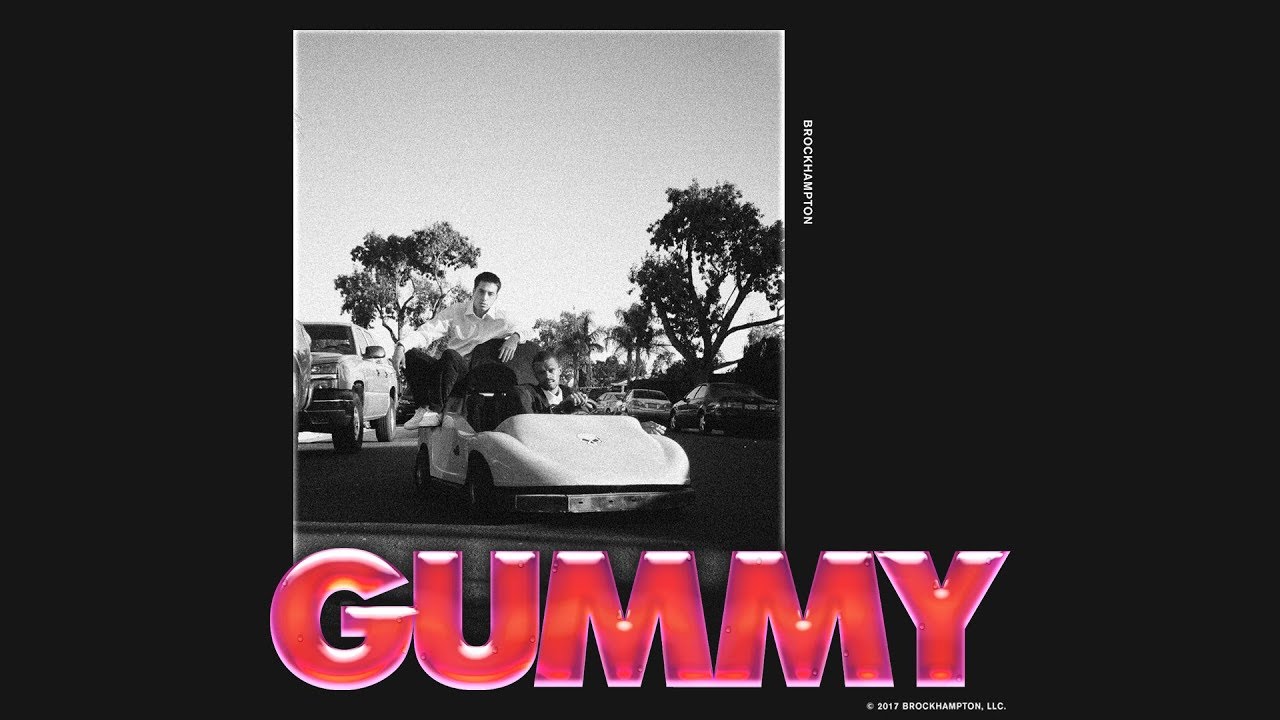 “GUMMY” opens the second Saturation in the middle of a crime again, but where “HEAT” felt stifled by who could come up with the most gruesome line, “GUMMY” is a pure, Ocean’s 11-style team effort. Abstract, Wood, Vann, McLennon, and Champion take turns building off each other’s anxieties over reputation, fame, racism, and privilege while employing an absurdly infectious g-funk synth line. In part, the immediacy of a track like “GUMMY” is a testament to the group’s producers as well as its star performers.

“You gotta be a team player and adjust your role accordingly,” in-house producer Romil Hemnani offered in a rare interview from his bedroom studio. “Production should be there for [the artist]… it should bring out the best in the artist.” 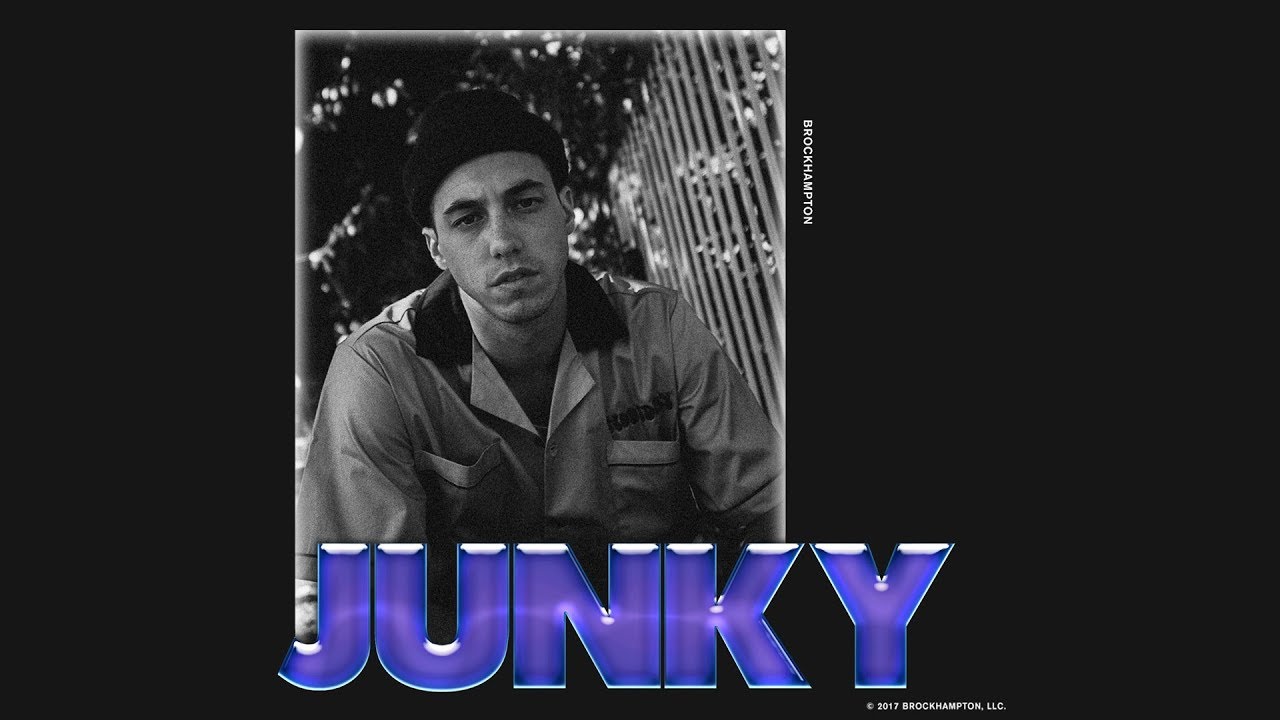 The album’s moments of pure, early ‘00s radio-weaned euphoria (“JELLO”, “SWAMP”) and its introspective final act, concluding with “SUMMER” — the requisite Brockhampton album outro featuring bearface’s pristine pop star vocals over a soft rock guitar solo — make for a sprawling patchwork, but virtually every stitch is compelling in its ambition. Still, any conversation on Saturation II will inevitably end on “JUNKY”.

If we’ll allow one final Odd Future allusion, the video for “JUNKY” may very well be Kevin Abstract’s “Yonkers” moment. A sepia-toned ballet practices idly behind Abstract as he stares down the camera, unleashing a torrent of trauma from his closeted, Texan upbringing over horror score string plucks. It’s the kind of harrowing clip that demands immediate replays, partially to process the candor Abstract’s delivering, partially to process its visual singularity.

“So I’ma get head from a nigga right here and they can come and cut my hand off and my legs off and I’ma still be a boss ’til my head gone, yeah,” Abstract concludes, fearlessly addressing both his homophobic tormentors back in Texas and the threat of homophobia looming taller around every corner of Trump’s America. It’s an impossible verse to follow, but Abstract’s bandmates make a valiant effort. Vann’s drug cocktail for combating paranoid thoughts, Wood’s recollections of dropping out of school, Champion’s takedown of rape culture, and McLennon’s rapid-fire outro bring out some of each member’s strongest verses, but the success of “JUNKY” is not in any member besting anyone else. If anything, it serves as Brockhampton’s greatest unifying moment, giving each member a platform for their vastly different struggles while allowing the floor for Abstract’s most vital verses to stand front and center.

The sole scrap of information to prove Saturation III actually exists is a forcibly announced release date. Hours after uploading the final single from Saturation II, III’s “first single” arrived in the form of “Follow”, Brockhampton’s most self-deprecating banger with Abstract gleefully boasting about his “hella low” credit score. Taking a page from Pablo-era Kanye’s methodical rewrites, “Follow” quickly relegated itself to an unofficial list of B-sides feverishly tended to by die-hard fans. Alleged album art cropped up on band members’ Twitter feeds, only to be shot down weeks later. The myriad singles and videos that lead up to Saturation II suddenly dried up ahead of III. Press, meanwhile, remains firmly at arm’s length as interest in the band continues growing; their first-ever group interview with MTV News remains their only full press appearance to date (a request for comment on this story was politely declined.)

After days of baiting fans with cryptic tweets teasing something on December 1st, Brockhampton finally caved. Call it the exhaustion after saturation, call it a brilliant (or obnoxious) deceit that even tricked a few of its members, but the release date announcement ended up agitating more than sating: “December 15th, the last studio album by Brockhampton.” 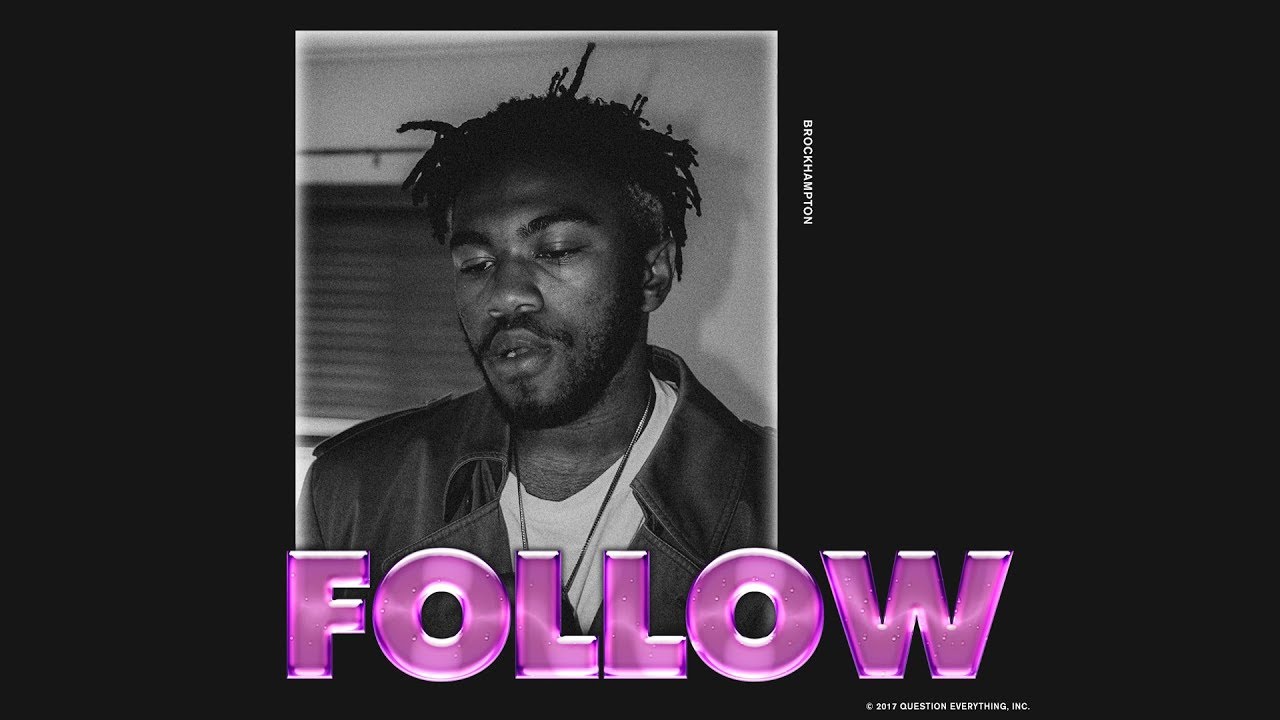 To make a 90-day wait between albums feel like an eternity and still find a way to keep a press cycle interesting on a third album is a feat, but at what cost? In the wake of Lil Peep’s tragic death in November, rap’s defiantly rising class of Internet-beloved genre polyglots feels like it’s in danger of fading before it could see its influence unfold. And sure, while it’s bordering on overkill to say Brockhampton changed what it means to be a boy band, they’ve certainly made some lasting renovations to the model.

“I wanted it to be a boy band because I just wanted to re-define what that meant,” Abstract concluded in a piece with Ray-Ban last year. “I wanted people to look at this group of kids from different cultures, just sit back and accept the term that we throw on ourselves.”

Whether it’s sold-out shows across America in the dying days of summer, making videos for one-off singles with friends in someone’s driveway, or boldly trying to cross out every last teenage dream left on their lists, Brockhampton’s output in 2017 brought new levels of DIY influence, diversity, and inclusivity to the earnest, self-contained universe of a boy band fandom.