This December can boast the release of a pair of films from two very different franchises. The first is Star Wars: The Last Jedi, the inescapable cinematic behemoth set to capitalize on the new, Disney-fueled era of Star Wars. It’s primed to tell the next chapter of the new trilogy that began with 2015’s The Force Awakens. The second is The Disaster Artist, a movie, based on a book, based on the making of another movie. That other movie is The Room, a transcendently bad, gloriously inept film that is the modern challenger for the title of “The Worst Movie of All Time.”

And on the surface, Star Wars and The Room have nothing in common. One is set in a distant galaxy, and the other is set in San Francisco (and not even the futuristic sci-fi version of the city from Star Trek). One features magical warrior monks doing battle with laser swords, and the other features (comparatively) average people, mostly tossing footballs at one another. Star Wars shows off imaginative new technologies on a cinematic scale, and The Room includes someone secretly recording their fiancée with a Nixon-era tape recorder. 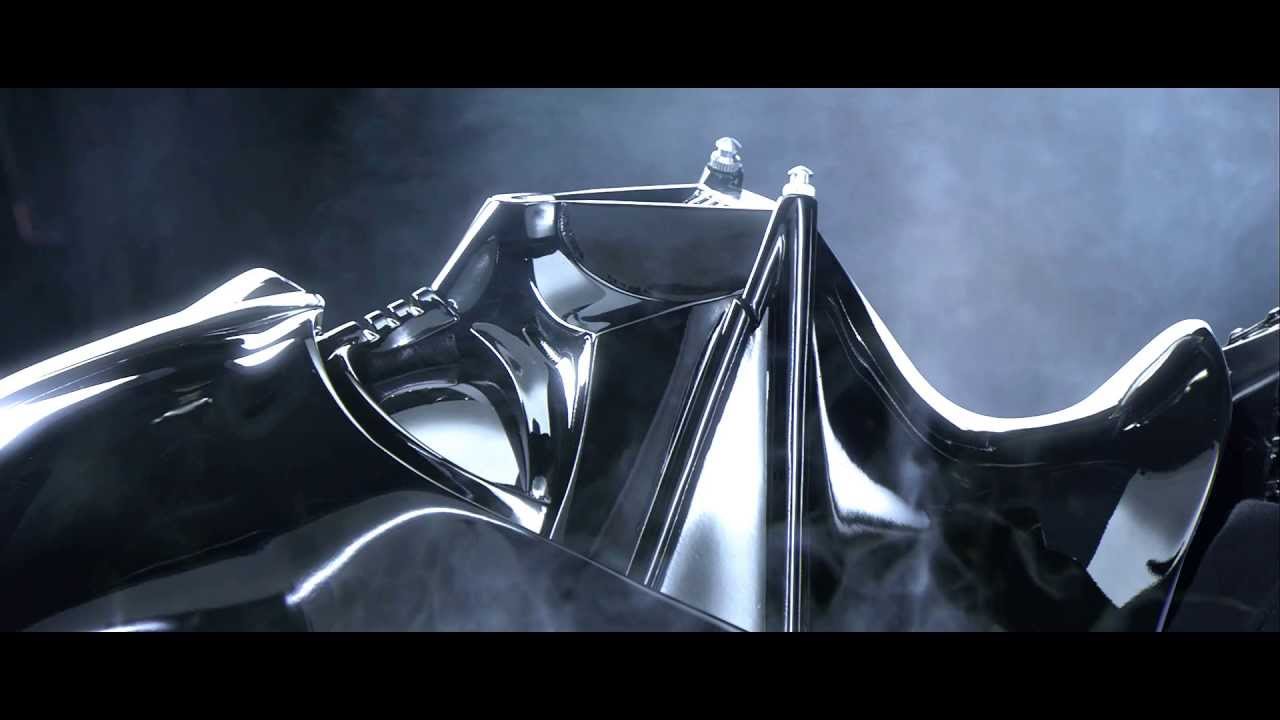 But look past those surface-level differences, draw down to the core elements of each franchise’s installments, and you’ll discover something shocking — Star Wars Episode III: Revenge of the Sith is just The Room in space. Search your feelings; you know it to be true.

Revenge of the Sith and The Room are both centered on a stringy-haired, mentally tortured young man caught up in a would-be love triangle with the woman he wants to marry (despite his friends’ objections) and his blonde-haired, bearded best buddy.

Johnny, the protagonist of The Room, can’t reconcile his love for his “future wife” Lisa with his suspicions about her infidelity with his good friend Mark. And Anakin Skywalker’s turning point in Revenge of the Sith comes when he starts believing that his beloved Padme and his brother-in-arms Obi Wan have joined together and turned against him. Both films aim for a sense of tragedy, as they tell the story of their protagonists’ fall from grace, each spurred by the same perception that the woman they love and their closest friend are now conspiring against them.

But beyond those broad themes, there’s even eerier similarities between Revenge of the Sith and The Room. Johnny and Anakin both spend the first halves of their respective films repeatedly declaring their love for their wives while also thanking their lucky stars that they have their best buddy to rely on, only to end up loudly declaring their hate for both by the end. Each has the female lead announce a pregnancy in an effort by the writer/directors to add more dramatic stakes to the eventual confrontation. And both films clumsily composite their actors into obvious, green-screened environments, which might take the form of an earthy metropolis or just the Bay Area skyline.

You also can’t avoid the clunky, cheesy romantic dialogue in either film, whether it’s cornball lines about Anakin being blinded by love or Lisa telling her beau, “I like you very much, lover … boy.” Both films go for passion and come up with nothing but stilted lines and cold romances.

But that’s where the connections start to get weirdly specific. Throughout the prequels, the Jedi warn Anakin to set aside his personal attachments, like his affections for Padme, and focus on his goals as a member of the order. In The Room, Lisa’s mom Claudette plays the same role for her daughter, telling her that love should have nothing to do with her choices in life, and that she too should set aside her romantic attachments in favor of what’s best for her future. 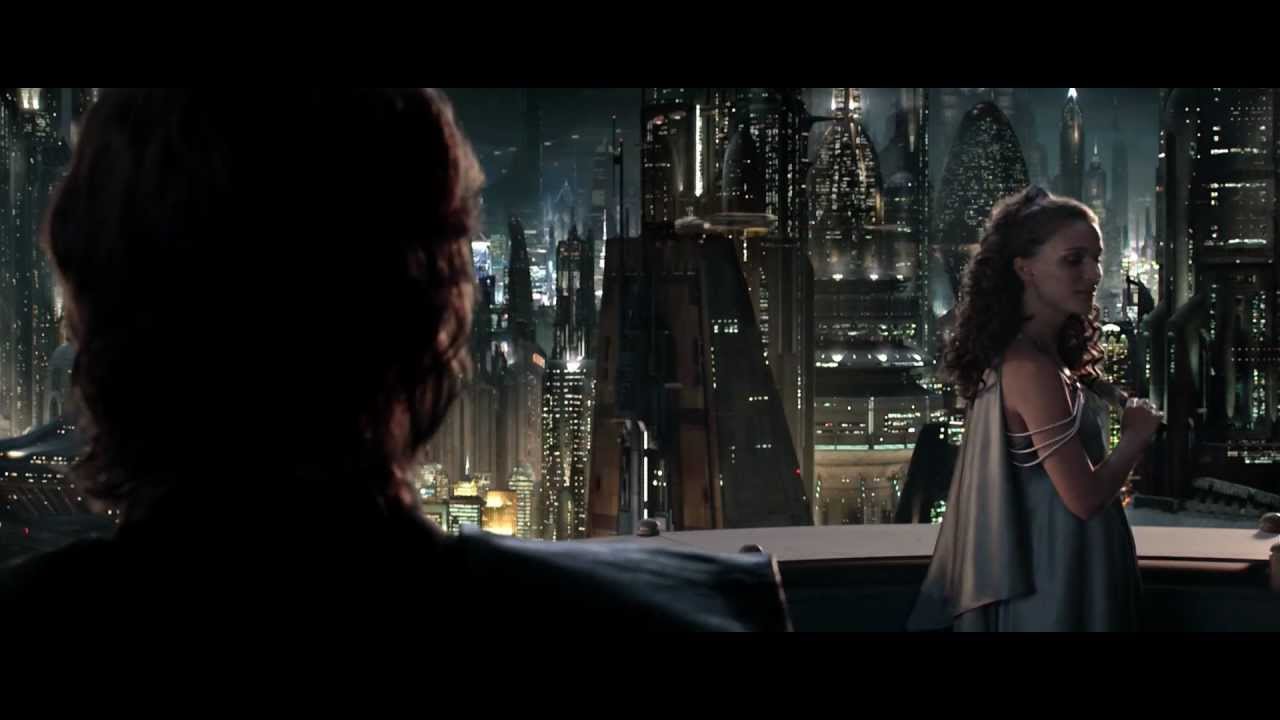 If that weren’t enough, in both films, the turning point in a major relationship hinges on a recording of some misdeed. Whether it’s a tape recorder out of an 1980s primetime soap that reveals Lisa’s infidelity or holographic security footage of Anakin killing younglings, for both Johnny and Obi Wan, “only pain do they find” when reviewing the tapes. And to top it all off, there’s even suspiciously similar lines, like Anakin’s infamous pronouncement that “from my point of view, the Jedi are evil” in Revenge of the Sith and a friend telling Lisa, “Your point of view is so different from mine” in The Room.

At a broader level, both movies feature wooden acting, characters randomly appearing and disappearing, and a final fight between the former bosom buddies that ends with our “hero” in dire straits, cursing both his friend and his paramour. The connections are uncanny.

So what can we take away from all these parallels? While Star Wars creator George Lucas and The Room’s writer/director/star/oddball Tommy Wiseau are obviously very different filmmakers in terms of their level of talent, their crutches are the same. It’s easy for any storyteller, no matter their abilities or accomplishments (or lack thereof), to fall back on having their characters simply announce their feelings or motivations or simply devolve into tired love triangles in an attempt to manufacture drama and meaningful conflict, regardless of the setting or skill at play.

It shows that any creator, no matter how decorated or inexperienced, can try to boost the tragedy factor of their story by opting for easy interpersonal drama. But if they can’t capture the real human feeling behind that — if they can’t craft characters who could carry that sort of emotion — then the results turn out funny or flat rather than forceful, whether your budget is $6 million from selling blue jeans or $106 million from selling countless Wookie lunchboxes.

But maybe there’s a silver lining to this unexpected concordance. Tommy Wiseau himself recently expressed enthusiastic interest in directing and/or starring in a Star Wars film. Some more adventurous fans have speculated that Wiseau himself, with his Mos Eisley Cantina visage and halting affect, may genuinely be from a galaxy far, far away, making him ideally suited for the job.

Wiseau may not be the creative equal of J.J. Abrams, Gareth Edwards, Rian Johnson, or Ron Howard. But for the George Lucas fans out there who have yearned and petitioned for the return of the man who started it all, Wiseau may just be the unlikely visionary who’s able to create something closer to the spirit of Lucas’s last Star Wars film than even his more pedigreed colleagues. Let’s hope Wiseau gets the chance to say “Oh hi Mark” to Mr. Hamill sooner rather than later.

Star Wars: Revenge of the Sith Is Just The Room in Space