Loyalty can be an admirable trait in life, but the same is not always true in art. The history of cinema (and television, theater, and most collaborative arts) is littered with projects that coulda-shoulda-woulda been great, save for an actor miscast by a faithful friend (or a well-intentioned parent, sibling, or lover). More disappointing still are filmographies tanked by that kind of professional affection — think of all the great Helena Bonham Carter performances we missed out on while she was busy being the reliable bright spot in the age of lesser Tim Burton.

But now hear this: It can never be said that Ryan Murphy’s loyalty to actors, and theirs to him, has not paid dividends. Jessica Lange won Emmys. Sarah Paulson’s now a household name, which is as it should be. It’s kept the underrated Evan Peters employed, made sure Denis O’Hare continues to kill it, and helped to remind the world that Kathy Bates and Angela Bassett are queens — and all those gifted people made sure that even Murphy’s messiest, most chaotic creations remained eminently watchable, if not entirely sensible or (sometimes) particularly good. 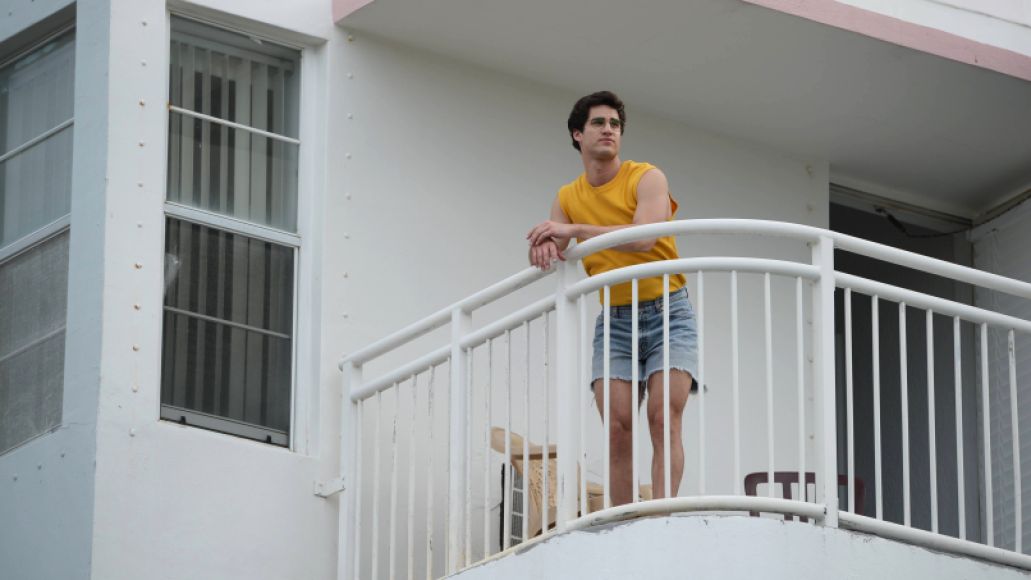 Now it’s going to make a star of Darren Criss, and Darren Criss in turn makes The Assassination of Gianni Versace a piece of can’t-miss television. His isn’t the only great performance in the second go-round of American Crime Story, but it’s the best and also the most surprising. It’s well past time to call it like it is: Ryan Murphy’s single greatest strength as an artist is his work with actors. He can spot them, nurture great performances from them, earn and retain their loyalty, and identify precisely when to throw them into the role most likely to show them at their best. He did it with Lange. He did it with Paulson. And now, he’s doing it with Blaine the Warbler from Glee.

Like most of Murphy’s recent work, The Assassination of Gianni Versace is every inch an ensemble piece, but only the second season of American Horror Story rivals this outing for the sheer, magnetic pull of one character and performance. Criss’ work as spree killer Andrew Cunanan is so good that it’s perhaps fairest to talk about literally everything else first. 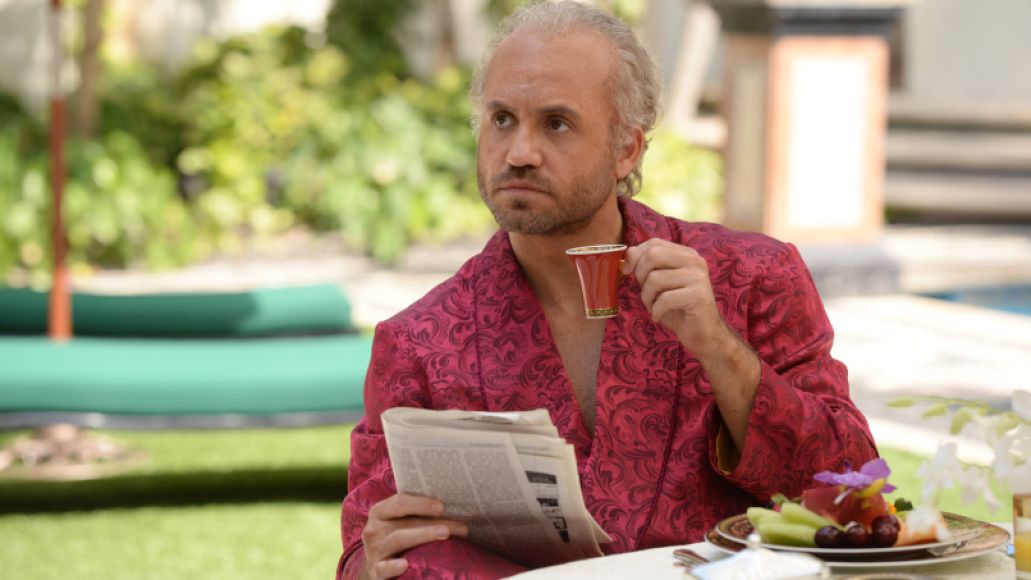 As the Versace siblings, Edgar Ramírez and Penélope Cruz sit on either side of a seesaw so that when one is volatile, the other is vulnerable; when one is triumphant, the other recedes. They’re both excellent, equal parts charismatic and fragile. In the eight episodes provided to critics, Judith Light only seizes the spotlight once, but in that episode, which centers on Marilyn and Lee Miglin, she’s predictably terrific; newcomer Cody Fern is similarly great and with a heavier load. The writing, primarily by Tom Rob Smith (from Maureen Orth’s book Vulgar Favors), doesn’t dazzle in quite the way that the previous American Crime Story did, but the highs are every bit as high. It’s beautifully shot, tensely edited, and cleverly structured.

It is, in short, a good show, but it centers on a great performance. The show begins with Andrew Cunanan’s murder of Gianni Versace and slowly moves backwards, first tracing the path Cunanan took to Miami Beach and the lives he took along the way, then going back further to look at the young man who became a killer and the boy who became that young man. As a result, we see his lies get better, which get borrowed from someone else, and which turn out to be at least a little bit true. We watch his detachment dwindle. We watch as he checks off, like items on a grocery list, the personas he rattles off in this unsettling little speech from an early episode in the series:

“I’m a banker. I’m a stockbroker. I’m a shareholder, I’m a paperback writer, I’m a cop. I’m a naval officer. Sometimes I’m a spy! I build movie sets in Mexico and skyscrapers in Chicago, I sell propane in Minneapolis. I import pineapples from the Philippines. You know, I’m the person least likely to be forgotten.”

Then the screen cuts to black, and he adds one more to that laundry list: “I’m Andrew Cunanan.” 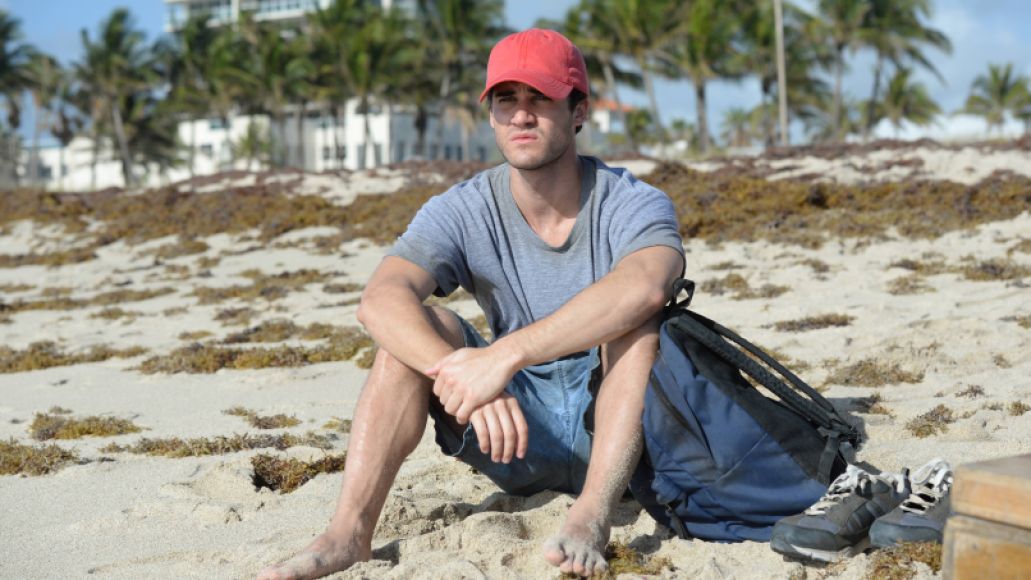 It’s one of the most chilling, upsetting line-readings in recent memory. Three words uttered in darkness, somehow hugely loaded. They’re truthful and ring with that truthfulness; they’re laced with something that sounds like pride and defiance, but they also hint at something more like despair and defensiveness. That’s in three words. And if that sounds impressive, just wait until you see the terrifying way he eats a ham sandwich.

Criss has always been watchable. In his first appearance on Glee, he played a teenage dream who literally sang “Teenage Dream”, and while it’s not a performance you’d call particularly nuanced, it’s evident immediately that this is a performer with vats of charisma at his disposal. What’s so thrilling about his American Crime Story performance is how much more there is going on and how he wields that charisma like a knife. You get the sense that Criss knows exactly when he wants the audience to believe Cunanan and when he doesn’t — when the lies should be convincing and when they shouldn’t. Sometimes, all that charm emanates from him like body heat, something natural and unconscious, but at others it’s obviously tactical, weaponized, hollow. Cunanan has control at some points and not at others, but Criss knows exactly what he’s doing.

When Murphy first cast the largely unknown Criss in Glee, did he know he’d be making him a series regular? Probably not. He certainly didn’t know he’d be putting him at the center of one of 2018’s most exciting television shows and would have had no way of predicting that the result would be a performance that’s sure to be among the best of this or any other year. But what’s almost certain is that Murphy did what he seems to always do: he found an actor he thinks is good, so he made sure to give that actor work. The work was good, so he got more work. And now, this.

There are many reasons to tune into American Crime Story over the next several months — great acting, good writing, terrific production design, and editing as taut as the best horror movie among them — but the lynchpin is Criss’ performance. It’s one more piece of evidence that sometimes loyalty pays off, not in dollars or trophies, but in remarkable art. Ryan Murphy believes in Darren Criss. Darren Criss did not disappoint him. Television is all the better for it.

To DVR or not to DVR? Watch live if you can, but absolutely save this one — Criss’s performance rewards repeat viewing, and there are episodes later on that will send you scurrying back to the beginning to revisit certain things.

Essential Episode: “Manhunt”, the second episode, may be Criss’s best, but honestly, they’re all pretty essential

Next on TV Party: We’re reliving Breaking Bad with Zach Blumenfeld, and this weekend we’ll be checking in on the Grammys and Saturday Night Live featuring Jessica Chastain.