When it launched in 2002, Bonnaroo quickly earned a reputation as one of America’s destination festivals (even if that destination was a muggy summer weekend in the middle of rural Tennessee). With its late-night set times, ramshackle campgrounds, and embrace of folk and jam band culture, the fest presented itself as a shaggier, homier alternative to the hipsters of Coachella or the lone star skylines of Austin City Limits.

Of course, in music festival time, 16 years is an eternity. Back in ‘02, the festival was one of the few high-profile multi-day music festivals in the United States, a homespun effort that predated even now-venerable fests such as Pitchfork, Riot Fest, and the Chicago edition of Lollapalooza. Created in part as a reaction to the flagging touring festivals that dominated the ‘90s (as well as the gonzo fests organized by Phish during that same period), Bonnaroo succeeded in part by playing up the adventure: to see this music, you weren’t just going to some amphitheatre for the afternoon – you were living in a tent, frolicking through the woods, and staying up for sets that didn’t end until 3 a.m. This wasn’t a concert; it was an expedition. 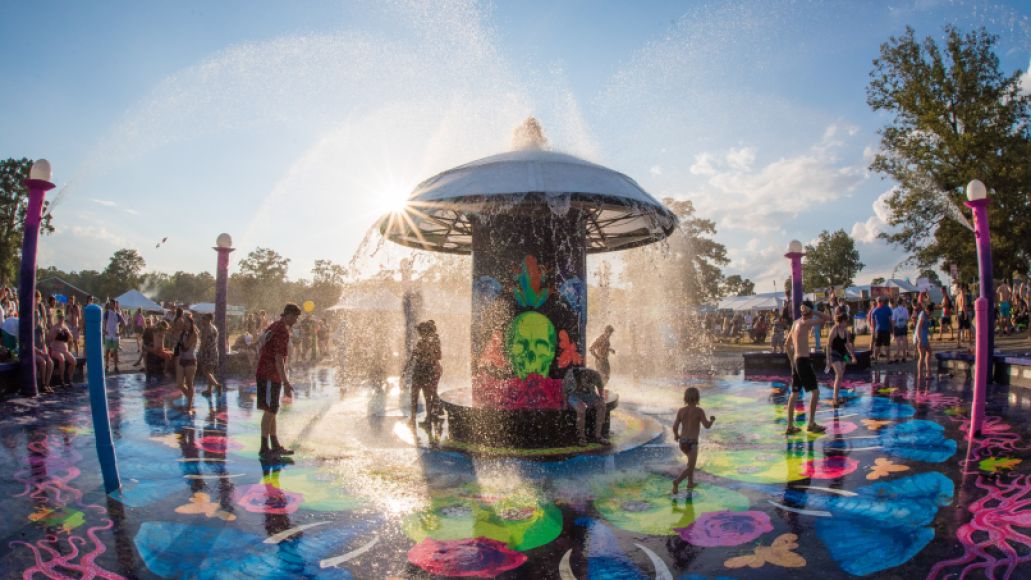 Fast forward to today, and things are different. For one, we’re now in Year Three in the Live Nation era of Bonnaroo; what was once called the largest independent music festival in North America is now just another line in the portfolio of the global entertainment behemoth, sitting alongside other high-profile festivals including former rivals Lollapalooza and ACL. For another, those fests now have company; what used to be a date circled on the calendars of dudes in Trey Anastasio t-shirts everywhere is now just one more blip on the never-ending festival announcement onslaught (to wit: we’re only nine days into 2018, and Bonnaroo’s lineup is already the 10th festival lineup we’ve reported on).

Thanks to the twin realities of festival proliferation and risk-averse booking policies, it’s harder than ever for large-to-mid-range music festivals to stand out, a fact that’s reflected in (and partially caused by) the 2018 lineup itself. Eminem, The Killers, and Muse share this year’s lackluster top line, and each act comes with its own its own baggage. In addition to the criticisms that we levied in our Coachella preview, Eminem is also one of the summer’s least exclusive headliners, with major appearances already scheduled for Governors Ball and Boston Calling. Even worse, the Killers and Muse were already featured together as headliners at Lollapalooza 2017 (at the time, we called their selections unimaginative; that’s only truer less than a year later), and will once again share a bill together one month prior to Bonnaroo at BottleRock Napa Valley. 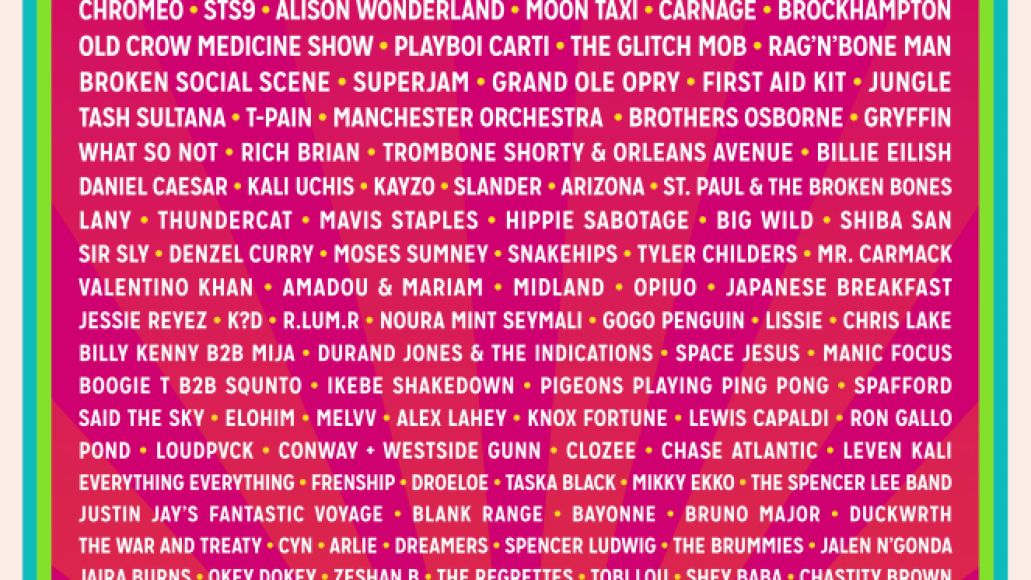 Now, don’t get me wrong. Just because one snotty music critic isn’t impressed by a festival lineup doesn’t mean that it won’t be a smashing success. While this year’s three headliners may not be musically inspired, they’re undoubtedly commercially successful, and if sitting through “Mr. Brightside” on a summer evening also benefits acts like Amadou and Miriam or Moses Sumney, then that’s a trade-off I’m willing to make.

Speaking of the state of things lower down the poster: There are some excellent, potentially transcendent performances, lurking in this year’s smaller text. Sturgill Simpson and Sheryl Crow have the chops to lead the fest’s small roots contingent in the battle of quality over quantity; Mavis Staples seems like a can’t-miss choice for the festival’s elder stateswoman; and two unique sets by Bon Iver will likely give Justin Vernon more space to get weird than anyplace but his own Eaux Claires festival. 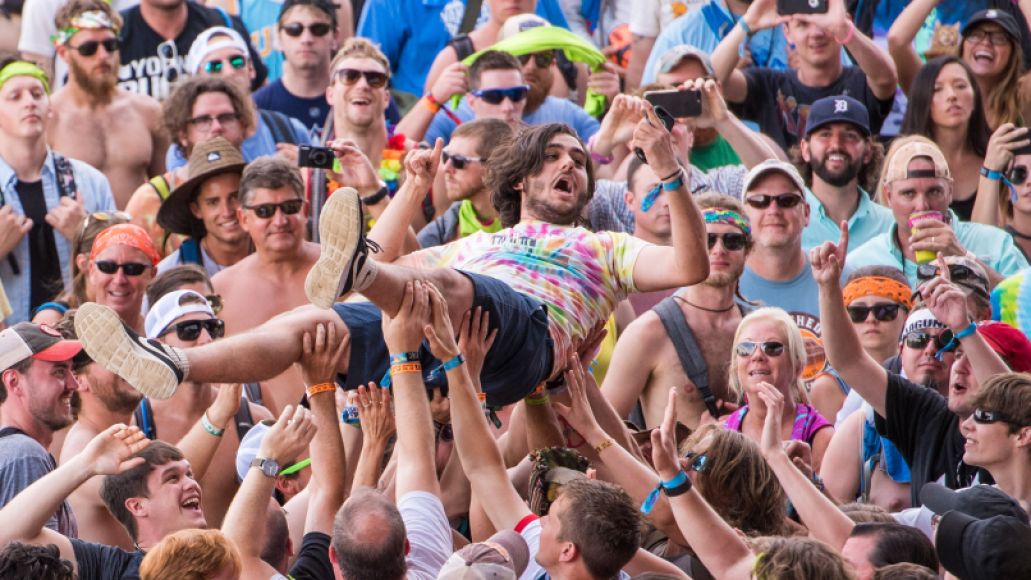 (Also, in fairness to Live Nation, it’s not like the company hasn’t at least nodded in the direction of Bonnaroo’s roots in the past; however, after old-school headliner Dead and Company led to the festival’s worst-ever ticket sales in 2016, those same new owners made the business decision to cast a wider net last year. That edition (co-anchored by upstarts Lorde and the Weeknd, festival veterans Red Hot Chili Peppers, and massive headliners U2) righted the ship a bit, but sales still lagged well below capacity. So, in retrospect, the case could be made that now’s not a great time to take chances or get too creative in the booking department.)

Thus, we come to the most important question about Bonnaroo in 2018: If it’s no longer a druggy, muggy jam band oasis nor one of a select few festival options for diehard music fans, what is it, exactly? 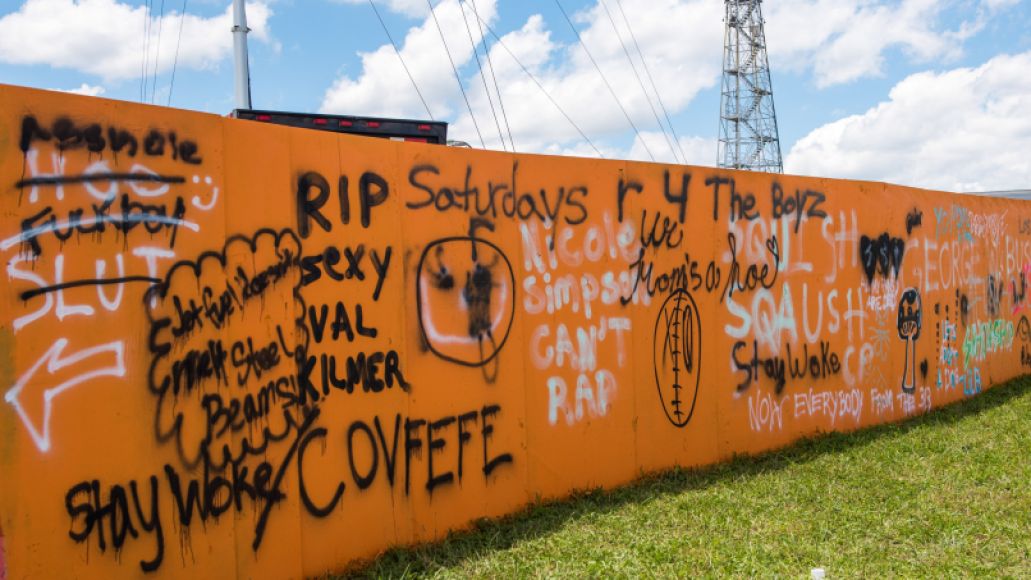 Right now, it appears to be a festival in search of an identity, and one that’s struggling with the same challenges of over-saturation and over-investment now faced by many of its early-aughts contemporaries. The music festival bubble has been on a deathwatch for years, and we may be finally approaching the big pop. Undoubtedly, it’ll take some of the big names with it when it goes. Until then, each one will do what it needs to to stay profitable, even if that means altering the foundations of what made it great to begin with.

Bonnaroo is moving in that direction, but it isn’t all the way there yet. It’s a matter of survival, but one that’s still likely to feel bittersweet for longtime attendees. The mainstreaming of Coachella felt preordained: the festival was always too close to both Los Angeles’ entertainment industrial complex and Silicon Valley’s cash-flush tech bros to survive underground. The changes to Bonnaroo seem somehow sadder, like watching a once-beloved bar band succumb to the pressures of the major-label spotlight. 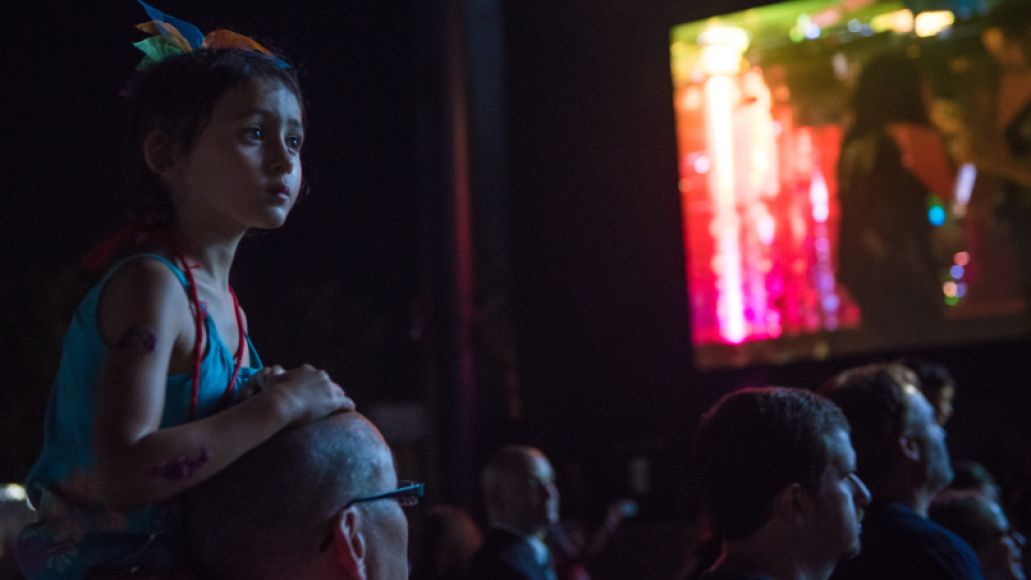 It’s not all gloom and doom, though. Nostalgia kills, and much of the handwringing about Bonnaroo’s integrity undoubtedly also comes from the sense that it was just better in the old days. But, the new days can be good, too. Besides, whatever happens likely won’t change the fact that festivalgoers will still be spending one of the first weekends of summer sleeping under the stars and listening to music with your buds.

Even so, we have to remember that things do change — for everything. Nothing stays the same. You can’t go home again. Those are all true statements. It’s unfortunate they apply here, but they do.

Bonnaroo 2018: A Once-Great Festival in Search of an Identity