When last we heard from Kylie Minogue the Aussie pop star was reminding a particular Kardashian that’s not the only iconic Kylie in the world. Now, Minogue has returned with her first studio album in four years. Called Golden, it follows 2014’s Kiss Me Once and it set for an April 6th release via BMG.

Golden was mostly recorded in Nashville, and the city’s signature twang is said to have influenced the singer’s pop sensibilities. Minogue co-wrote each song the record with British songwriters Steve McEwan (Carrie Underwood, Keith Urban) and Amy Wadge (Ed Sheeran), and collaborated alongside the likes of Jesse Frasure, Lindsay Rimes, Jon Green, and English singer Jack Savoretti, with whom she sings a duet.

That country influence serves as the spine of Golden‘s first single, “Dancing”, which rides along some pretty fingerpicking before the beat drops. Of the single, Minogue says, “You’ve got the lyrical edge, that country feel, mixed with some sampling of the voice and electronic elements, so it does what it says on the label. And I love that it’s called ‘Dancing’, it’s immediately accessible and seemingly so obvious, but there’s depth within the song.”

Update — Thursday, February 1st at 11:52 a.m. CT: The official music video for “Dancing” has been shared today. Directed by Sophie Muller, it features a new form of line-dancing and an appearance from the Grim Reaper.

Pre-order the album here, and peep its artwork and tracklist below. 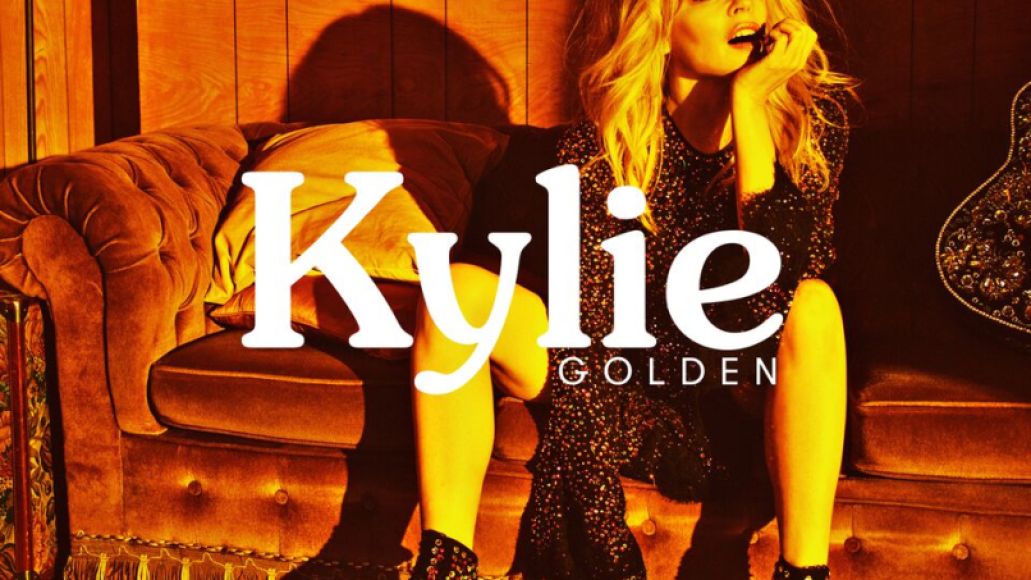