In December, Pussy Riot traveled across the Atlantic to perform their first-ever concert in the US. Now, the anti-Putin and anti-Trump feminist collective has announced its first-ever “live music performance art tour” through North America.

Dubbed a “subversive mix of activist art and live set,” these shows are set to run from early March through mid-May. Cities that will play host to Pussy Riot include Chicago, Portland, Vancouver, San Francisco, and Los Angeles. The group is also slated to perform at this year’s Boston Calling event and Vive Latino in Mexico City.

“Pussy Riot would like to rally with you at these upcoming live performances,” reads a press statement.

Consult the full schedule below. 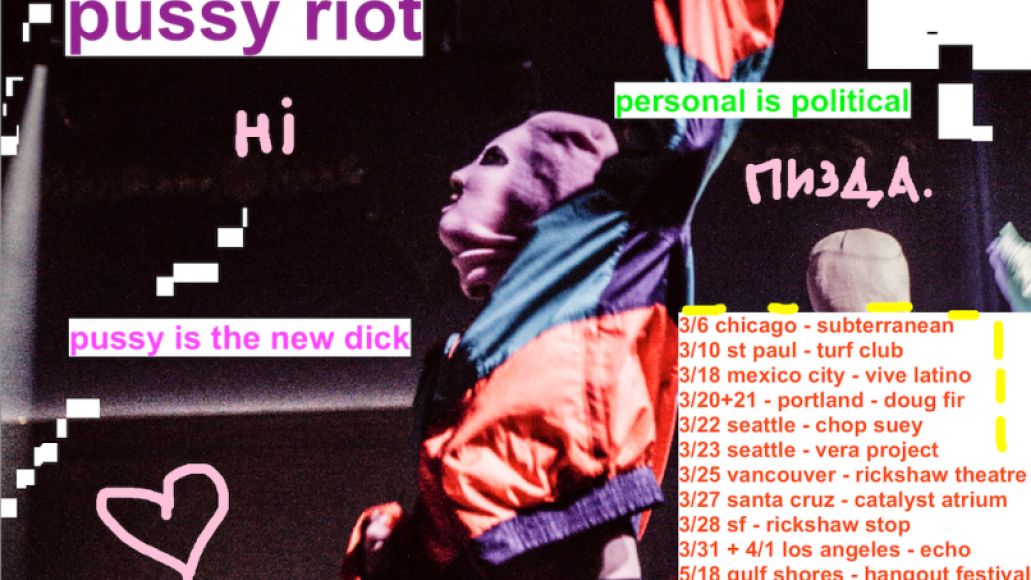