The Good Place likes pulling the rug out from under its audience. Even before the big reveal in last season’s finale, the show was constantly offering twists: that Eleanor (Kristen Bell) didn’t belong in The Good Place, that Jason (Manny Jacinto) isn’t really a monk, that there’s a Medium Place. And it’s only gotten wilder from there.

This makes things that are important in any series — like arcs, relationships, and character development — as slippery as they are interesting in the mid-second season premiere. “Leap Into Faith” puts its audience in the same position that Eleanor’s in, wanting to believe that Michael’s (Ted Danson) still on their side, but not knowing until that glorious moment, where he sobs at the realization that they’re safe, whether that’s true.

We are, as primitive creatures, left to follow the same Keyser Söze-esque clues in Michael’s roast that Eleanor does. We’re left to hope that her faith is not misplaced, that the gradual evolution of Michael into something more than an evil demon has stuck, and that this isn’t one last trick that would leave our heroes unwittingly complicit in their own psychological torture. 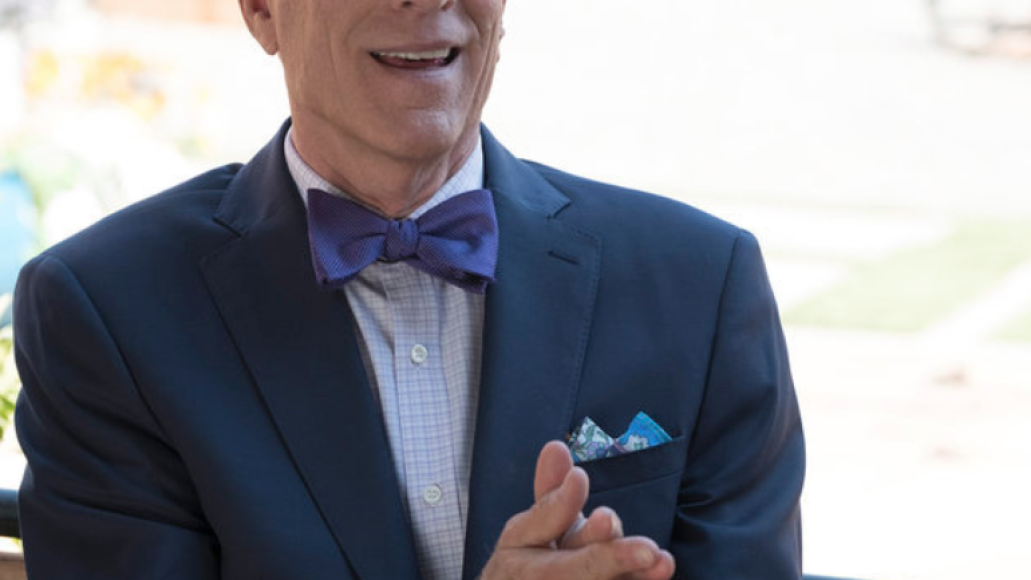 That’s the knotty, complicated line that The Good Place walks on a weekly basis. There are, undoubtedly, several more rabbits for Michael Schur & Co. to pull out of their hats. But amid all those twists and turns, we still find ourselves caring for these characters, hoping that they grow and advance and succeed. That’s a particularly fraught proposition when you never know who’s keeping a new secret, or when the next reboot is going to come, or who’s in on the latest ruse and whom they intend to trick with it.

So we breathe a sigh of relief when Michael bear hugs Eleanor and seemingly vindicates her belief in him (while everyone else was doing the “sit of doubting”). That relief, however, can only be temporary. We can’t be sure if Shawn knows the truth and might just be playing Michael. We don’t know if Michael himself really does want that promotion and is playing the long game against the humans. We don’t know if the sign that now reads “Everything Is Fine” rather than “Everything is Great” is a reason to worry.

But that transience, the risk that everything could come tumbling down all over again, puts the viewer in the same position the show’s characters are in, and makes those sweet moments all the sweeter.

Line of the Night: “Some people called you names, like ‘the Thomas Edison of incompetence’ or ‘that dick.’” Creative and direct!

A Good Sign: While we don’t get any new restaurant signs this week, we do get some delightful demon graffiti, including “For a good time, call your mom.”

Up Next on TV Party: Check back here tomorrow, when we’ll be covering the mid-season premiere of Crazy Ex-Girlfriend. Darryl’s received the results of a very important test, and he can’t help but brag to the rest of the office that his sperm is healthy (through the majesty of song, of course).

Relief Can Only Be Temporary in NBC's The Good Place