Watching any prestigious awards show is pretty much guaranteed to be a disappointment, but that’s never been more true than with the Grammy Awards. Whatever genre you prefer, whether it’s hip-hop, metal, pop, or country, there’s a really strong likelihood that the Grammy voters completely fucked up that category. And after years and years of criticism from music journalists, artists, and industry pros, one thing remains clear: The Grammy Awards are still blissfully, painfully out of touch, and that probably isn’t going to change any time soon.

For fans, that’s really not that big of a deal. We watch the ceremony, we yell at the TV, and then we go back to listening to the music we like, awards be damned. But for artists in the industry, especially women and musicians of color, the Grammys’ perennial tone deafness can have serious implications. Giving credit where it is due to the Awards, there’s no denying that the show is one hell of a spectacle, but when it comes down to the music (and the politics of music), the Grammy Awards get it wrong (almost) every single damn time. As the entertainment industry reckons with #MeToo and the #TimesUp initiative, not to mention its decades-long history of sexual harassment and ongoing devaluation of women as creators and artists, the Grammy awards gave artists a platform to condemn abuse and support victims. Many did, like Janelle Monáe, whose speech likely coined a new catchphrase for the movement. “We come in peace,” she said. “But we mean business.” That’s a statement that should strike fear into the hearts of abusers everywhere and the industry that protects him.

It’s relentlessly frustrating to hear these words from Monáe, knowing good and well that the Grammys have this remarkable ability to play lip-service to issues of racial equality and gender inclusiveness. And more than that, they have this incredible knack for getting it just about half right. Last night, when Kesha was pouring out the pain of being sexually assaulted and harassed and demeaned by producer Dr. Luke in front of hundreds of music industry bigwigs, maybe we forgot a little bit that Kesha didn’t take home a single trophy for 2017’s Rainbow. Outside of the issue of sexual harassment and abuse, the Grammys actively participated in the marginalization of female artists during the ceremony. Few actually reached the podium to give an acceptance speech, with the exception of Alessia Cara, who took home the Best New Artist award. Egregiously, Lorde was the lone Album of the Year nominee not given a chance to perform on the show. SZA found herself walking away with zero trophies, despite being nominated in five different categories. Meanwhile, Chris Stapleton swept the country music categories, completely snubbing Miranda Lambert’s “Tin Man” in the Best Country Song category, despite its widespread critical acclaim.

In response to a chorus of criticism after the ceremony was over, Recording Academy president Neil Portnow actually had the nerve to blame the female artists for their lack of nominations and awards. “It has to begin with… women who have the creativity in their hearts and souls, who want to be musicians, who want to be engineers, producers, and want to be part of the industry on the executive level,” Portnow told Variety. “[They need] to step up because I think they would be welcome. I don’t have personal experience of those kinds of brick walls that you face but I think it’s upon us — us as an industry — to make the welcome mat very obvious, breeding opportunities for all people who want to be creative and paying it forward and creating that next generation of artists.” 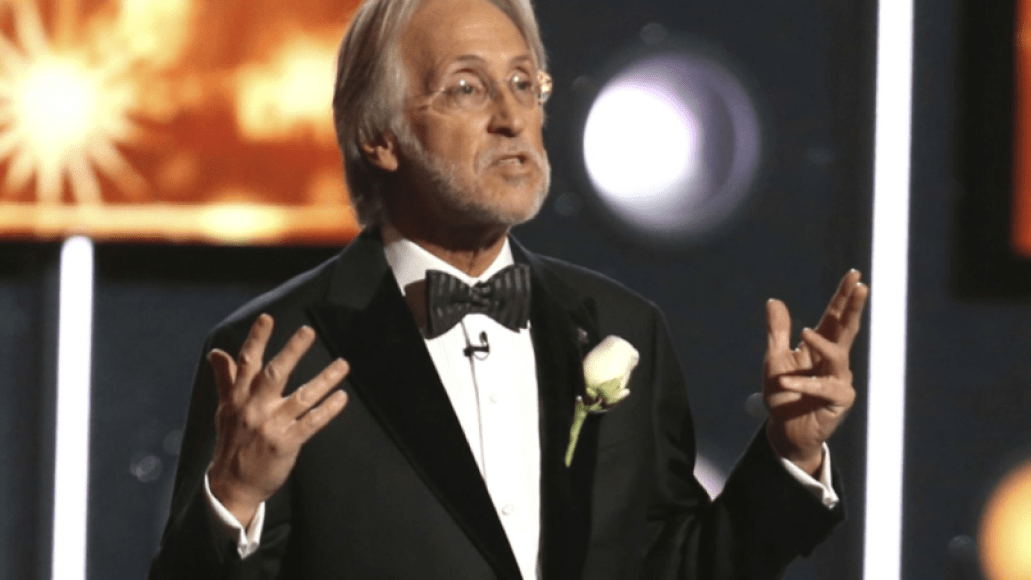 In this post-game interview, Portnow relies on a trope that is commonly trotted out when issues of gender or racial disparity are discussed — if female artists want to win Grammy Awards, they should be making music that is worthy of those wins. The irony in that assertion is that, by any metric, female artists are just as critically acclaimed as their male counterparts. Just like male artists, these women sell millions of records and produce billions in revenue for record labels, distributors, and other industry stakeholders. So many fans were hopeful that a record as powerful as DAMN would be the one to break the Grammy Awards’ 15-year streak of refusing to award Album of the Year to a hip-hop record. But, instead, the voters gave it to Bruno Mars’ 24K Magic, which is more a re-posturing of past pop accomplishments over the culmination of 2017’s musical legacy.

No disrespect to Bruno Mars, but given the competition — DAMN and Jay Z’s 4:44 — the Grammys’ ongoing disrespect of hip-hop has to be addressed. The National Academy of Recording Arts and Sciences is more than happy to use Lamar or Cardi B or SZA as a lure for the young people who have for years been abandoning the yearly broadcast in droves, but remain unconvinced that anything from the genre could truly be the year’s best musical effort. Probably the biggest travesty of the night came when Ed Sheeran’s objectification anthem “Shape of You” beat out Lady Gaga, Kesha, Kelly Clarkson, and Pink in the Best Pop Solo Performance category. This completely unjustified win, one that Twitter continues to rage over, speaks to the Grammys’ ongoing fascination with the blandest, most uninspired, mass appeal music on the market. It’s also clearly indicative that the music industry has no interest in addressing the harassment and overall devaluation of women across genres.

That trophy belongs to Kesha, who despite all odds and ongoing threats from her record label, released 2017’s most harrowing pop effort. It’s embarrassing, really, because “Praying” is exactly the kind of song that the Grammy Awards are supposed to be celebrating. Outside of its tear-jerking story of overcoming sexual assault, all while Sony threatened to sue her and lock her into her contract (which meant, yes, working with her abuser), “Praying” is one of those timeless tracks with some weight and purpose for similar abuse victims.

“Shape of You”, however, will be relegated to nostalgic mid-2000s playlists. If that. If history is any indication — and no, this is certainly not the first time the Grammys have been criticized for a lack of inclusion and taste — it doesn’t look like the industry has much of an incentive to change. But considering that this year’s broadcast attracted 10 million fewer viewers than last year’s ceremony, a reckoning is due. After all, the Grammys will have to deal with this growing irrelevance if they hope to keep this 60-year-old tradition alive.

Grammy-winning indie act Bon Iver’s Justin Vernon argues otherwise. “Looks like the Grammies are still something serious musicians should not take seriously. Absolutely no offense to Mr. Mars, but you absolutely have to be shitting me,” he tweeted. “SZA? Kendrick? I’d move on from this shitshow.” Even if you appreciate the spectacle of the Grammys, it’s hard to disagree.

The Grammys Fall Back on Past Traditions: Racism, Misogyny, and Irrelevancy