During live performances, singer/rapper/dancer/producer/choreographer Tunde Olaniran is wild. He says as much on his dynamic single “Hungry”, released this past October. Over the phone, however, he’s thoughtful and deliberate. In conversation, you get the sense that he chooses his words very carefully to ensure that his message is clear.

“When I’m interacting with people, my brain is still like racing, and the measured part is me just trying to be calm enough to communicate,” says the Flint, MI, native. “If I’m working on a song, I will start and stop six different sentences over the course of two seconds because I’m trying to say six different things at the same time. […] Luckily, on stage I can kinda be a lot of different things at once, and it can be confusing or upsetting or energizing, depending on where you’re sitting and what perspective you have.”

The video for “Hungry”, a dynamic single that swings from sultry to energetic and back on a dime, was created in collaboration with Consequence of Sound, Audiotree, and Heineken for their video series Open Your City. If you missed the launch party at Chicago’s Lincoln Hall on January 11th, the video, shot at The Robey Hotel in the Wicker Park/Bucktown neighborhood, will give you a peek into what it’s like seeing the multi-talented wildcard in person.

Olaniran has a habit of maintaining intense eye contact with people in the audience for extended periods while onstage, and he is not afraid to lose himself in the moment in front of a crowd. That practice is maintained with the camera during his stripped-down performance in the video. “Sometimes, I like to have really aggressive energy and, you know, look people in the eye and keep eye contact and not look away. […]I’ve had people say, ‘I loved your performance. It was a little scary (laughs),’” he says.

What’s also unique about the video is its picturesque rooftop backdrop provided by The Robey. The Director of Sales and Marketing for the barely one-year-old hotel describes its unique venue. “The space is called The Up Room. It’s a specialty cocktail bar on the roof of our hotel. What makes it extra unique is our neighborhood is northwest of downtown [Chicago], and there’s no other tall buildings anywhere around, so you just get these crazy postcard views of the skyline.” 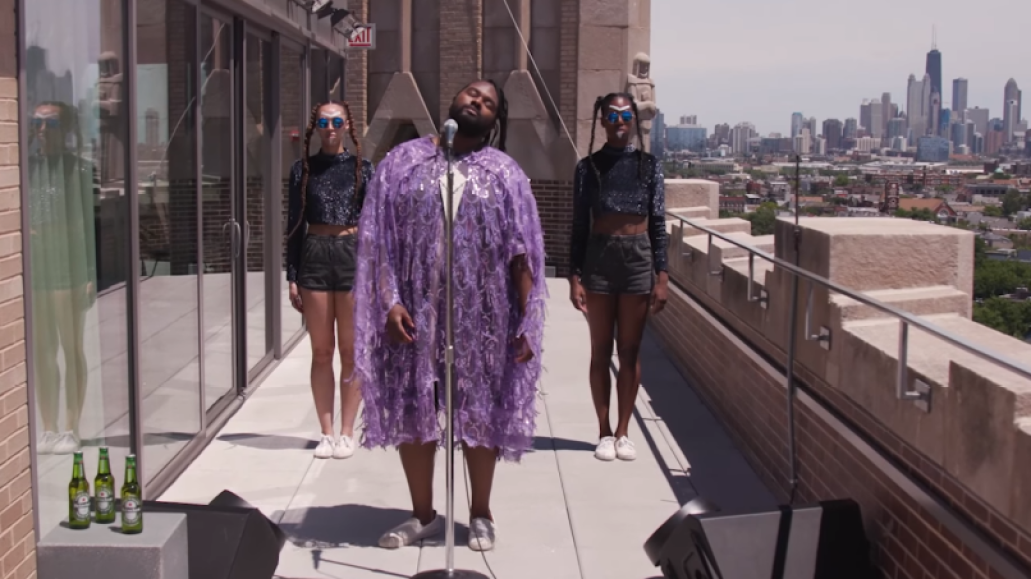 The sunny, daytime setting was unusual for Olaniran, but one he approached with openness and a sense of possibility. “I think I, and a lot of other artists, will probably say we love performing at night, or we love performing at an auditorium with the lighting, so it will be more dramatic. […] but I think the sun and the breeze was kind of liberating in a way. It felt more freeing,” he says.

With freedom, there is also often danger, which Tunde and crew almost learned the hard way. “It was pretty narrow where we were performing. So, I think at one point (laughs) we were dancing, and I was freestyling. I did this move, and I think they thought I was gonna basically flip over the balcony and drop to the ground like eight stories below (laughs) because I was like, ‘Okay, let’s just go nuts and have fun,’ and I definitely think at least the sound person gasped,” he says.

Olaniran’s 2015 debut album, Transgressor, showcased his specific brand of malleability — finding the multifaceted wildcard and shedding one sound or approach for another from song to song and sometimes within songs. When he took his music on an international tour, he brought with him a sense of open-mindedness that coincidentally lived up to The Cities Project by Heineken’s message of bringing to life ideas that make great cities even greater. “I think that tour and travel give you a stronger sense of belonging to something bigger than yourself,” says Olaniran. 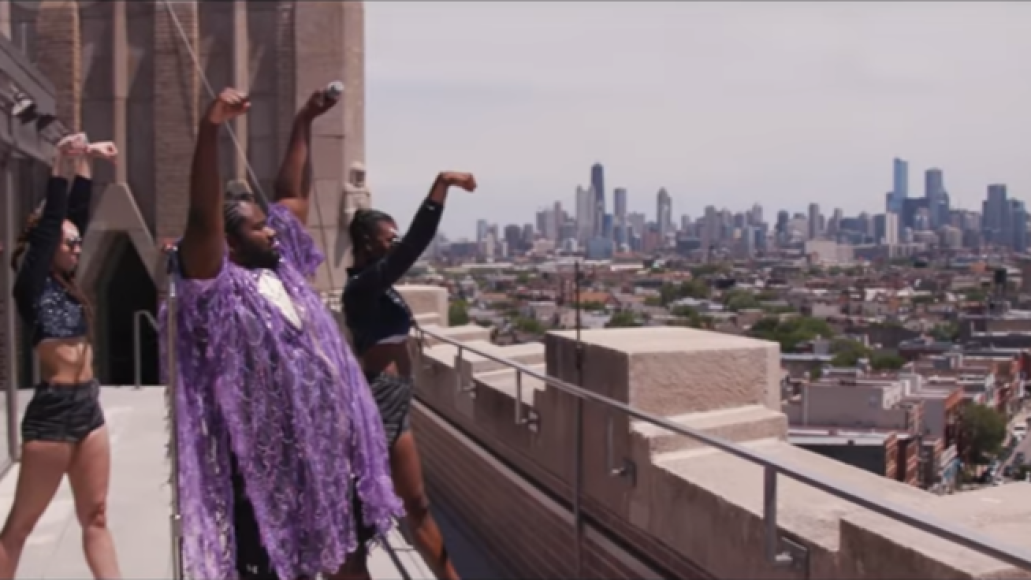 On a tour stop in Greece, the stark difference between his approach when visiting a new city and others became very apparent. “At that point, I was pretty beaten down by travelling (laughs). So, I was just like, ‘fuck it,’ and I was literally roaming the streets. And you would just see people in like pods, and they looked mad,” said Olaniran.

“They have like 20 bags and wet wipes in a holster, and it’s just like … you’re not gonna experience a city like that. You’re doing yourself a disservice, and in some respects, you’re disrespecting the city. You need to really strip down a lot of the armor that people think that you need to take with you, because you’re scared of uncertainty in a new place, and just get to know that city. And I think it really enriches you as person more to do it that way. I think the idea of opening up your city is great, but I think you need to open yourself to have a city open itself to you.”