Called “Someplace”, the song’s placid opening evokes the sparkle of sunlight on an oceanic expanse, but clanging percussion, proggy synths, and thunderous guitars usher in a wave of storm clouds that don’t signal doom so much as darkness.

”’Someplace’ is about being in a situation that is familiar but isn’t really serving you or giving you purpose,” the band says of the song. “Wanting to move on, to blast past your old concerns and go on. You’d rather be someplace new and potentially dangerous than accept the slow decay of the situation you’re already in. It’s time to go faster, to get more and go further.”

They also offered fans a glimpse into the album’s fantastical story, which, like its predecessor, takes place on the planet Pureland. “‘Someplace’ sets us off into the deep, plunging into another mythscape from the planet Pureland. Dirt’s heroine, Aentsik, is leaving everything she knows on a mission taking her from the bubble dome cities orbiting her flooded planet, to the colossal ruins and vestiges of humanity resting on the ocean floor, all to raise the abandoned turtle starship, Anowara, and retrieve the last sample of arable soil.”

Has anybody scooped up those film rights yet? Listen to “Someplace” below.

Dirt arrives March 23rd via Paper Bag Records. The band is also hitting the road in March for a North American tour. Check out the full list of dates, as well as the album’s artwork and tracklist, below. 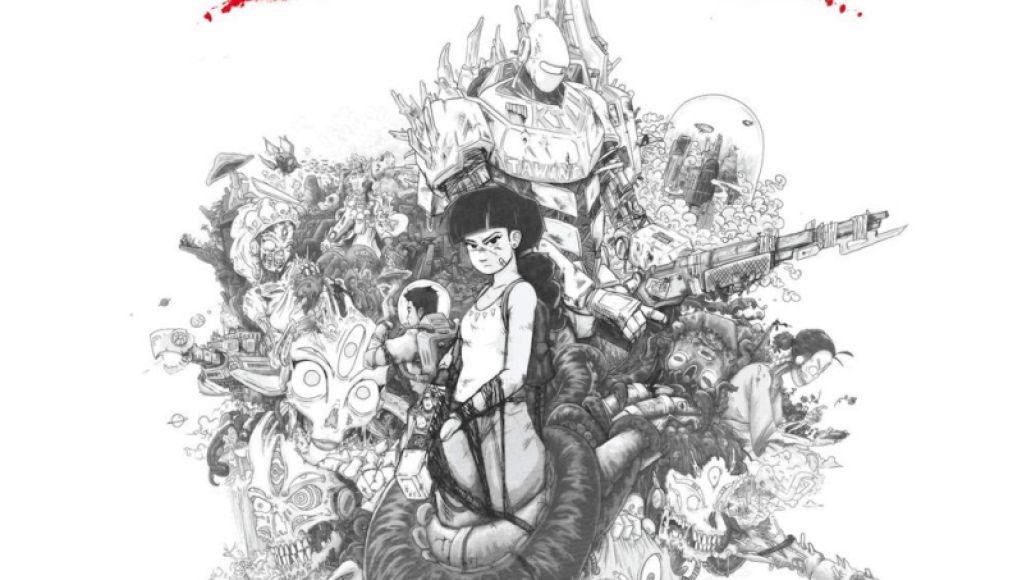