Comics to Screen is a recurring feature in which Ben Kaye analyzes the constantly evolving leap from comic books to screens of all sizes. This time, he looks ahead and previews a 2018 that promises to be full of capes, tights, and surprises.

By Zeus, it’s a good time to be geek. We’re fully part of the culture now, and our impact on it will be fully realized with the slate of comic adaptations coming to cinemas this year.

Think about it: 2018 will see the first superhero film led by a black hero in the modern era (Black Panther); a half-black, half-Hispanic Spider-Man (Spider-Man: Into the Spider-Verse); and the culmination of a decade-long interconnected universe unlike anything ever attempted in entertainment (Avengers: Infinity War). And those are just some of the obvious highlights.

Marvel will finally put a female in the lead with Ant-Man and The Wasp. We’ll get a sequel to the R-rated masterpiece that changed the way Hollywood perceived comic fare (Deadpool 2), and another attempt to nail one of the most beloved comic stories of all time (X-Men: Dark Phoenix). Sony will strive to launch another cinematic universe with Venom, while DC Films clings to hope that their floundering one can be kept afloat with Aquaman. Alita: Battle Angel will try to demonstrate how Manga can be done right for American audiences, and a tiny flick called I Kill Giants will highlight how comic books can have emotional depth beyond capes and tights.

Each comic adaptation coming over the next 365 days feels significant for a different reason, all of which are exciting for long-time fans and movie junkies alike. Something about the upcoming slew of releases feels like it’s signaling the next wave of what comic book cinema will be capable of. Whether any of the films end up transcending the genre to that point is yet to be seen, but with Black Panther clawing into theaters this week, we thought it was a good time to look ahead at all the comics to screen transitions we’ll be seeing this year.

Cover Copy: After the events of Captain America: Civil War, T’Challa returns to the advanced and isolated African nation of Wakanda both as its ruler and its protector, Black Panther. However, there are those who object to his rule, including Killmonger, a Wakandan exile trained as an American black-ops soldier who wants to usurp the throne, and Ulysses Klaue, a black-market South African arms dealer who replaced his missing arm with a sonic cannon.

Thought Bubble: All signs point to this being everything we’ve long needed in an adventure led by a black superhero. Culturally challenging and empowering, loaded with extravagant set pieces, and featuring a ridiculously talented cast, this is the quintessential 2018 comic book movie. And it’s tied into the Marvel Cinematic Universe, which can only lead to great things. 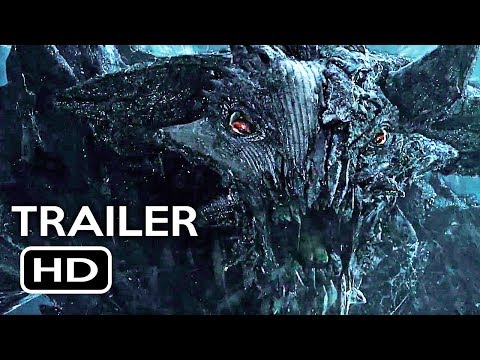 Cover Copy: Young Barbara Thorson is an outsider obsessed with fantasy worlds. She goes from social misfit to troubled youth, however, when she begins to believe she’s actually a giant slayer tasked with preventing these looming creatures from destroying her world.

Thought Bubble: This could be one of those indie darlings that doesn’t get seen by many but gains acclaim for its unique storytelling. Everything about it reads like Colossal, only instead of abuse the monsters are a parable for a little girl’s coming of age as she wrestles with the harsh realities of the world. Or, who knows, maybe she actually battles freakin’ giants.

Pow! Bam! Zap!: First time director Walter looks to have put together a beautiful, dark film, and that warhammer at the end of the trailer looks mighty badass. Something about a little girl going all RPG IRL is flat-out cool. 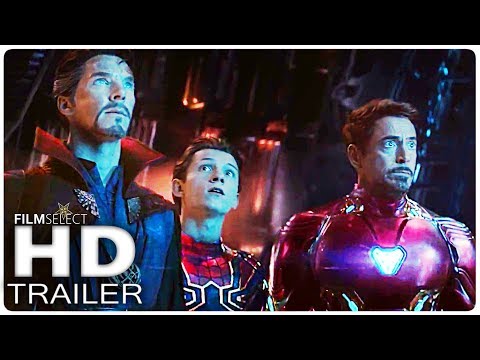 Cover Copy: Thanos is done hiding in the shadows, stepping forward to claim the Infinity Stones and the ultimate power they possess. To stop him and his Black Order, the Avengers must reform to team with new allies — including Doctor Strange, Spider-Man, and the Guardians of the Galaxy — and be willing to sacrifice everything to save the universe.

Pow! Bam! Zap!: Did anyone else get weak in the knees when Iron Man flew in behind Doctor Strange in that Super Bowl trailer? Sploosh. 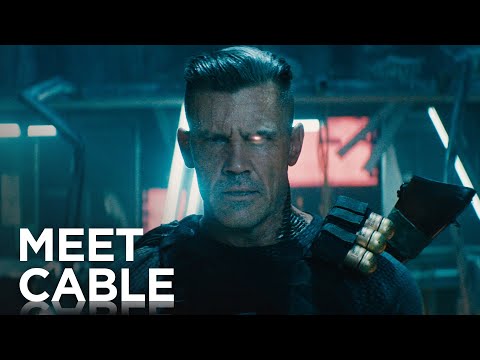 Cover Copy: The plot of this anticipated sequel has been well hidden in the barrage of fourth-wall breaking, wisecracking publicity. What we do know is Deadpool is going to have to team up with the time-traveling Cable, as well as the mercenary Domino and her crew, to fight … someone, who is believed to be Black Tom Cassidy.

Thought Bubble: Reynolds is going to be enjoyable as hell as the Merc with a Mouth, but Brolin looks spot on as Cable. The most recent trailer heavily highlights the mutant from the future, hinting that he’s going to be a fantastic addition to the X-Universe — however long that actually lasts once the Disney/Fox deal goes through. Few franchises have done as much justice to their comic roots as Deadpool has, so I’m all in on this one.

Pow! Bam! Zap!: Holy crap, was that the Six Pack in the latest trailer, with Terry Crews as G. W. Bridge and someone as motherfreakin’ Shatterstar? Shatterstar?! We know Deadpool 2 is meant to set up X-Force, but there’s no reason Shatterstar should be in an X-Film, and I’m so giddy that he is.

Ant-Man and The Wasp

Cover Copy: In the aftermath of Captain America: Civil War, Scott Lang returns home to face the consequences of his actions. His friends have little time to be angry with him, though, as Hope van Dyne and Dr. Hank Pym need Ant-Man for a new mission: team up with the newly suited up the Wasp and fight to discover secrets from their past.

Thought Bubble: Ant-Man was surprisingly fun considering the quirkiness of the title character and the creative struggles on its path to cinemas. That only adds to the pressure for this sequel to succeed, which already has the honor and responsibility of being the first MCU film with a female hero in the title. Lilly proved a badass lead even out of the suit, however, and Rudd is always fun, so you have to put your faith in the Marvel way once again.

Pow! Bam! Zap!: As exciting as Pfeiffer and Fishburne joining the MCU is, it’s the potential of the heroes beginning to explore the multiverse via the Quantum Realm that holds the most tantalizing possibilities.

Cover Copy: Rescued from a scrapyard by a kindhearted doctor, the abandoned cyborg Alita is revived with no memory of whom she is or the world around her. Navigating the dangers of Iron City to uncover the truth of her origins, she must confront the corrupt society that is oppressing her new friends as she fights against her past and for the future.

Thought Bubble: Neither passion projects nor manga adaptations have a great track record in Hollywood. That leaves a lot of question marks surrounding this film, which James Cameron has been working on for years. It certainly looks rather stunning, though, and unlike anything Rodriguez has ever produced. So long as it doesn’t fall into Ghost in the Shell-levels of ineffectiveness, this could be a big-budget sleeper.

Pow! Bam! Zap!: Alita’s eyes are undoubtedly unnerving, but this is a manga, and I’m really more interested in how Motorball looks anyway.

A Complete Guide to Comic Book Movies in 2018