In Altered Carbon, Netflix’s latest sci-fi prestige drama adapted from the novel by Richard K. Morgan, humanity lives in a Blade Runner-esque cyberpunk future in which people have the ability to download their consciousness into new bodies, or ‘sleeves.’ This causes all kinds of complications for the labyrinthine corporate and political shenanigans of this futuristic world, which frequently re-sleeved private eye Takeshi Kovacs (Joel Kinnaman) must navigate to solve the murder of a rich benefactor (James Purefoy) – even though he has resleeved to tell the tale.

Body-swapping technology and the nature of identity have been staples of science fiction for decades, but how does it jive with what we currently understand about consciousness and the brain? Could such technology be in our future? To answer these questions, we consulted neuroscientist (and fan of the book) Virginie Mansuy Aubert, Ph.D, Assistant Professor at Loyola University Chicago and head of the Aubert Research Lab in Loyola’s Division of Neurosciences. I sat down for a phone interview with Dr. Aubert to talk about consciousness, memory, and what makes us who we are.

When did you first read Altered Carbon [the book], and what appealed to you about it?

Growing up, I was a fan of science fiction, so I read the book when I was 15. However, it was this book that made me not a fan anymore, because it started making me skeptical [of the feasibility of these concepts]. But it made me want to learn more about it. Today, I am interested in science fiction, but I wouldn’t say I am a fan – I want to use science to verify my sci-fi. [Laughs.] 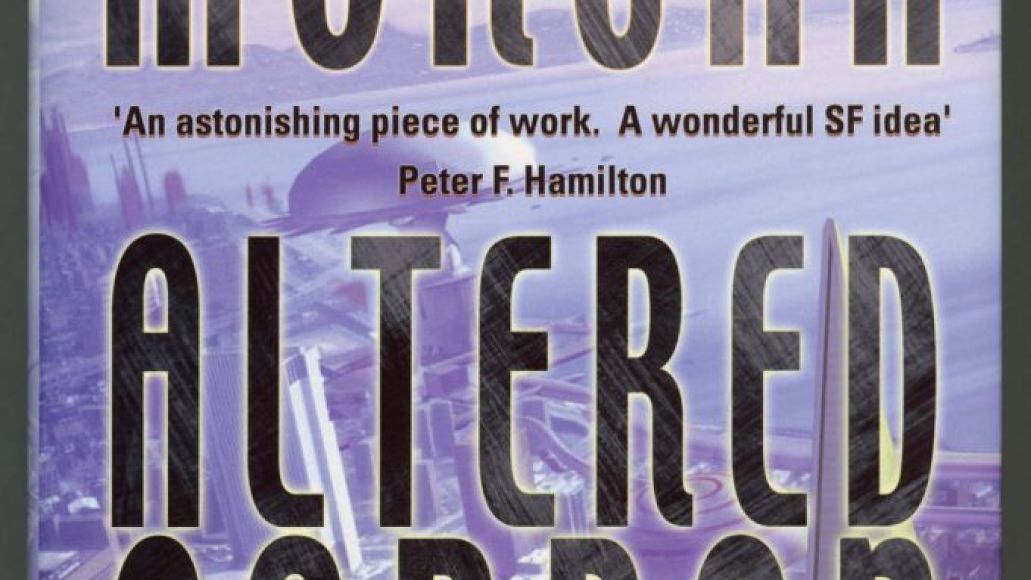 What understanding do we have today about the self and consciousness, and what makes us who we are?

The concept is still under debate, so what I will say is that there are many different schools of thought. When I was in high school, I was very passionate about philosophy; we read a book from Descartes in class – “I think, therefore I am.” It’s a very interesting concept; you know you’re conscious. You may wake up in a hotel room jet-lagged, and don’t know where you are or who you’re with, but you know who you are.

A lot of studies have tried to pin down the nature of consciousness. The big thing is [effectively] being able to predict the future using your experience, feelings, or behavior. Today, we know that this is happening in the brain – not just one part of the brain, but different parts. It’s not just one area that is conscious, but a complex network of neurocircuitry that involves eyes, and feelings, and memories we can project onto an area.

There was a very interesting experiment [conducted in 2014 at George Washington University] on epilepsy, using electrical stimulation to stimulate the affected parts of the brain. During this stimulation, they realized these patients completely lost consciousness – you could see in the eyes of their patients. They basically had dead eyes. It was a revolution in science; they uncovered a new part of the brain [the claustrum] that regulated our consciousness.

It’s all very obscure and subjective, but clearly, there’s a part of the brain that, if we don’t have it, we don’t have consciousness anymore. 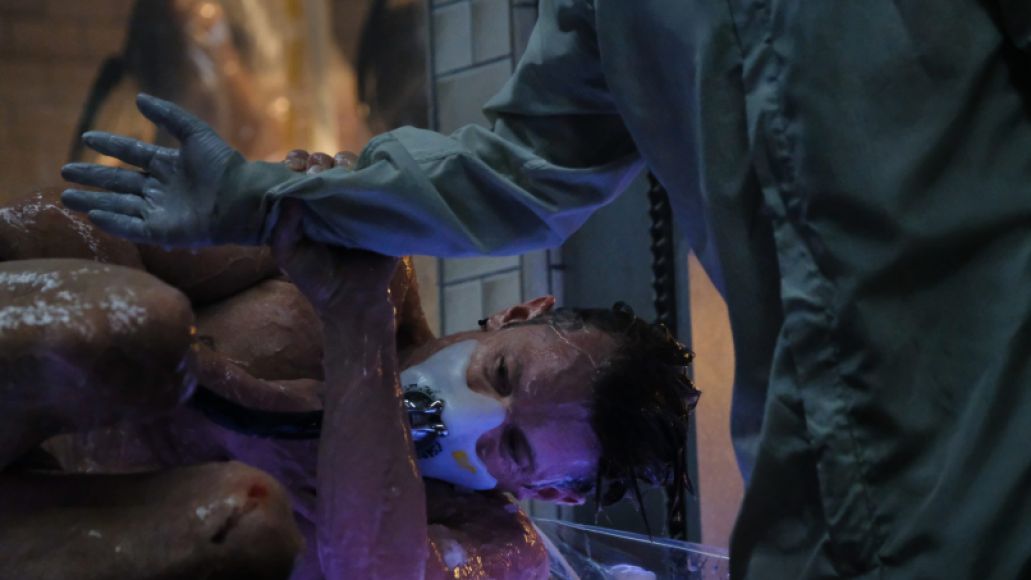 The major mechanic of the book is that in the future, we have cortical stacks in our spines that store memories, which we can then transfer to new bodies. Does the book take the perspective that our consciousness is the sum of our memories? What do you say to that?

Obviously, this idea is far in the future and not feasible today, but the central idea is unique and interesting. When talking about something like artificial intelligence, it’s all about computing a lot of information, and keeping this information somewhere.

Consciousness is a little bit different; it involves an integration of feeling. If we have something like the small cortical stack [in Altered Carbon], it would have to be connected to the whole body. It’s naturally difficult to do today, but the idea that we are our brains really makes sense to me.

I think the body is a vehicle, and the brain is the control tower, as it were. If you take the brain of someone out and put it in somewhere else, you are still who you were before. It’s just that you have a different body, different heart. But it’s a machine, just like a car.

If we try to do this kind of consciousness-swapping in the future, what do you think it would look like? Would it be a memory storage machine like a cortical stack, or do you think we would just do brain transplants?

When we talk about neuroscience and the brain and the spine, we talk about one organ. The spine is like the road that connects our brain to our organs. It has to be connected to all our organs to feel and sense things, to send neurons to our fingers. That’s how you can feel something is very hot, and the brain will integrate this into your memory. The next time you know something is hot, you won’t touch it anymore.

If you transplant the brain, you don’t keep the neurons that touch and are part of this system, and that could be a problem. It’s not just about memory; it’s about the neurons that sense and send signals to the brain. 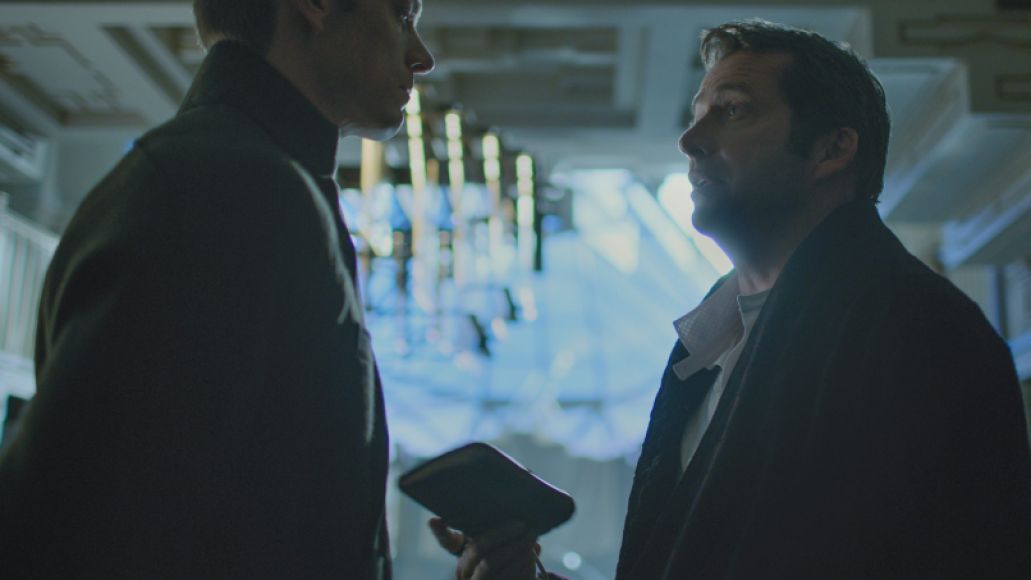 Is it possible that you remember the way something feels when it’s hot in your original body, but if you were to be transferred into a different body, ‘hot’ would feel different?

Yes, because those neurons in your finger are part of the story. Different people have different feelings because they have different receptors. All the neurons, the whole system is part of what you will remember. If you transfer that to the body of someone who has more sensitivity to heat — because they have more receptors for example — the person will be confused very quickly, because their memories don’t match the experiences in their skin.

Our feelings and sensitivity are all so different, and our memory is aligned with our bodies, which we effectively run like machines whose capabilities and limitations we know. If you transfer a brain and its memories to someone else who has a different machine, it can lead to some problems, because you will make decisions that don’t fit with your machine.

If you had the chance to switch to a new body, would you still feel like you?

I think so. I imagine you have this feeling of being yourself in anybody. The brain regulates autonomic functions and our senses, so there are those compatibility issues. But if you think about consciousness, the brain is doing the whole job. So I would probably think I’m myself, and not just another body.