Grimes delivered some bad news for fans earlier this month, revealing that label drama had delayed the planned release of her new album. She faulted the music industry, which she bluntly called “trash,” but defended her Roc Nation management team against any blame. Now, in a new set of Instagram comments, she’s once again called out her label, 4AD, while revealing that she is still working on new music.

Captioning a piece of fan art, Grimes wrote, “Today is a good day im back in studio making a million beats.” That spurred on her followers to ask about what exactly she’s working on, which is when she revealed that she was actually in the midst of putting together two separate albums.

She said the records would be “separated by a period of time” and that the first one will be her “final album for my shit label.” That effort will be “highly collaborative and most glorious light,” she explained. What follows will be her “first album on a label of my choosing which I’m crazy stoked about,” though she also mentioned she’s looking into going independent. Either way, her first post-4AD LP is looking to be all about “extreme darkness and chaos.”

So while it looks like she’ll need to sort out these issues with her label before we hear an Art Angels follow-up, at least there will be plenty of Grimes music in the future. Check out the initial post and screencaps of Grimes’ responses (via Stereogum) below. 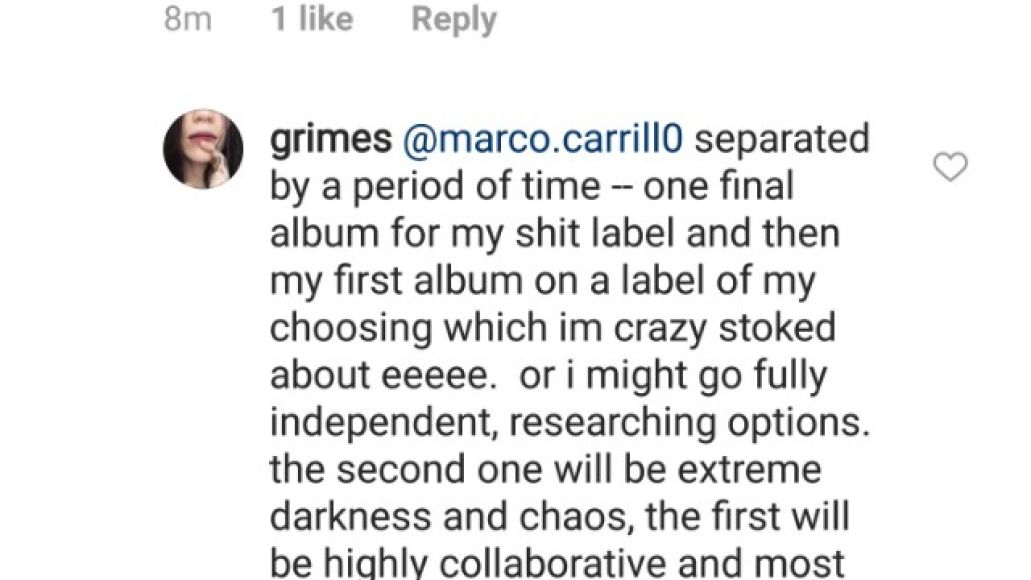 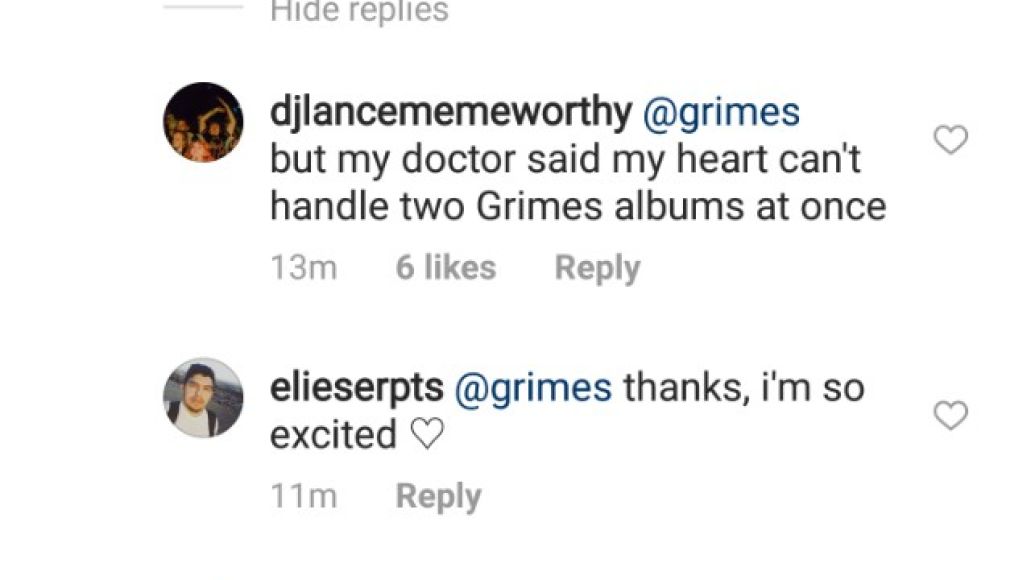 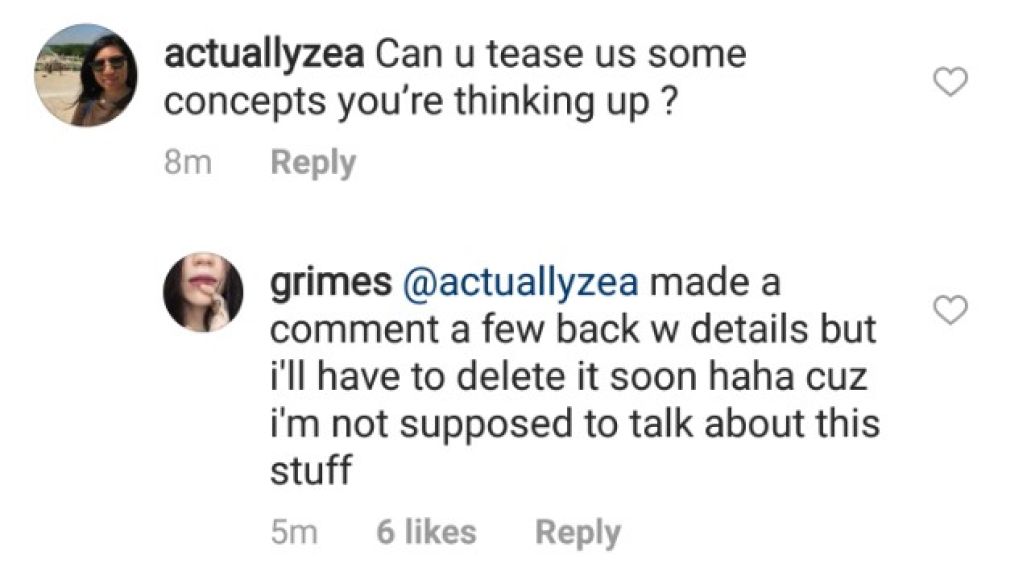