Blink-182’s Travis Barker and Goldfinger’s John Feldmann, in association with Los Angeles radio station KROQ, have launched a new ska- and punk-centric music festival called Back to the Beach.

The inaugural edition goes down Saturday, April 28th and Sunday, April 29th at Huntington State Beach in Huntington Beach, California. The lineup sees Feldmann reuniting Fishbone’s original lineup for their first performance together since 1993, and Barker will sit in with fellow punk veterans Goldfinger.

Also playing are 311, Sublime with Rome, The Mighty Mighty Bosstones, Save Ferris, The Aquabats, Hepcat, The Interrupters, Less Than Jake, Mustard Plug, The Suicide Machines, The Aggrolites, Mad Caddies, Big D & The Kids Table, and The Untouchables, with more acts and surprises still to be announced.

Beyond the music, Back to the Beach will feature a carnival, beach games, moon bounces, vegan food, and other ska-friendly activities. Tickets are now available through the festival’s website. 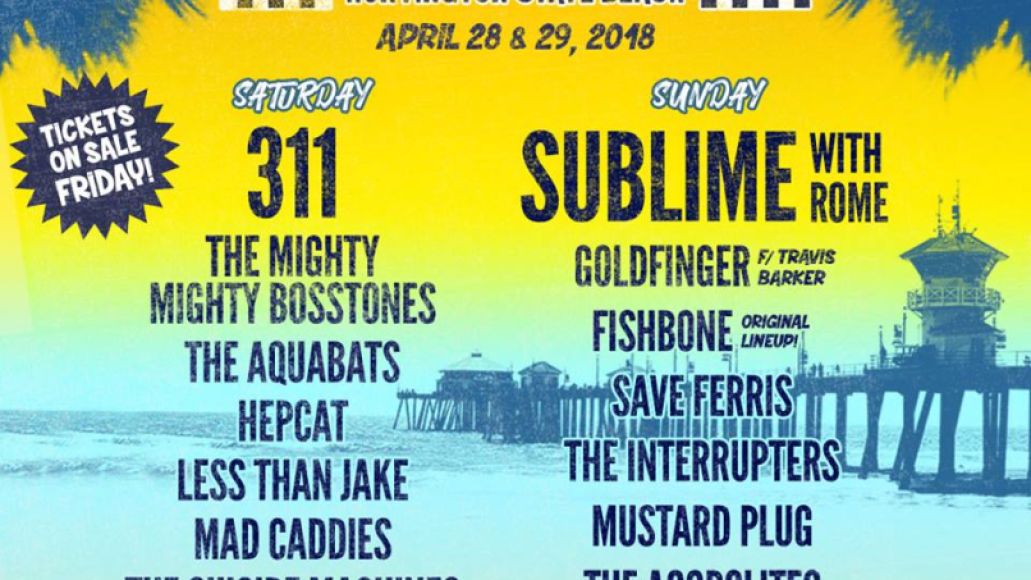 Who needs Coachella when you can go Back to the Beach?