David Lynch’s Festival of Disruption is expanding to New York City in 2018. The two-day event goes down at Brooklyn Steel on May 19th and 20th.

My Morning Jacket’s Jim James, Angel Olsen, Animal Collective, and Flying Lotus are among those confirmed to perform, as Rolling Stone points out. Other acts include Jon Hopkins, Au Revoir Simone, and Rebekah Del Rio.

Lynch, who curated the lineup, will of course be on hand for the entirety of the event, leading a series of talks, including a Blue Velvet screening wth actress Isabella Rossellini. An exhibit highlighted by short film Psychogenic Fugue, which features John Malkovich portraying various classic Lynch characters, can also be seen by attendees.

The first two editions of the festival took place in Los Angeles and a third installment is planned for this year, according to Rolling Stone. 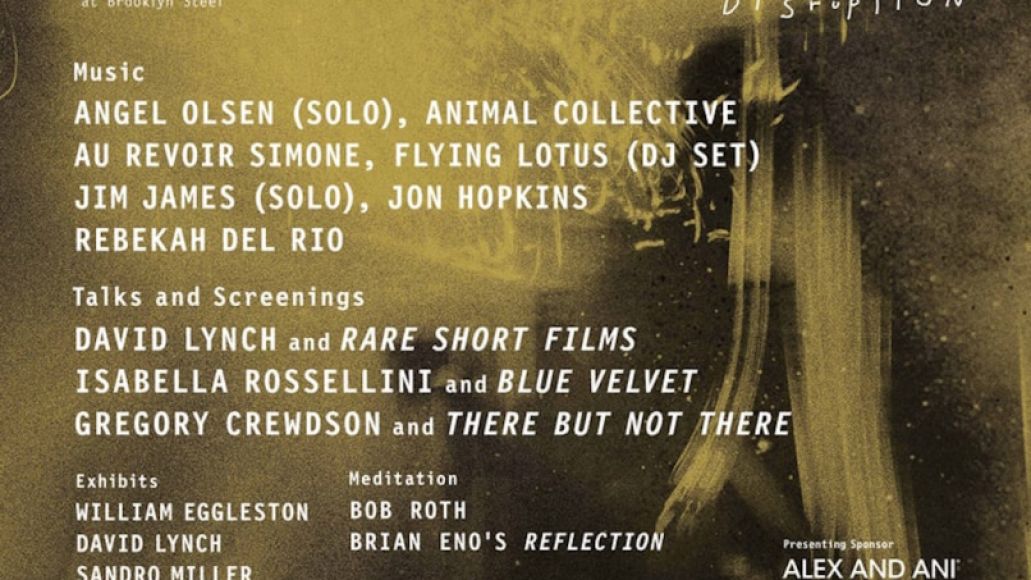