Track by Track is a recurring new music feature that gives an artist the chance to break down each song on their latest album.

Editors return today with their new album, Violence. The British outfit’s sixth album overall can be streamed below via Spotify or Apple Music.

The record follows 2015’s well-received self-produced effort, In Dream. As signaled by the lead track “Magazine”, Violence finds Editors taking their dark wave rock towards a poppier sound. Some of that is likely the result of working with a producer whom the band had never met — not even during the recording process. After writing the majority of the album in an old cow shed near Oxford, UK, they began collaborating remotely with Benjamin John Power, aka Blanck Mass, leading to some unexpected shifts in style.

As Editors explain to Consequence of Sound,

“One [producer] is a guy called Benjamin John Power (aka Blanck Mass), whom we sent our recordings and asked to mangle in any direction he wanted, to see if anything stuck. He came back with some really aggressive programming and powerful mood changes, which we could then incorporate into the songs as we saw fit. He was great as he wasn’t at all precious about what we wanted to keep in or chuck out, maybe partly because we were working completely remotely and never met, and we never gave him any constraints as to where he could take the song.

We then wanted someone to pull it all together and give every track more of a human touch, get the band in the room and make it feel a little less remixed I guess, so asked producer Leo Abrahams to help us do this. We took some time going into proper studios (such as Monnow Valley in Wales) to enable us to sift through parts from all our previous sessions and re imagine them. It made all the songs make sense together, and pretty much a year to the day after we started writing, the album went off to be mixed.”

Take a listen to Violence below.

Below, Editors take us through Violence track by track.

“Cold”:
This felt like the album opener as soon as I heard the demo. It gave me premonitions of 80,000 Belgians singing, “Don’t you be so cold!” back to us in a field on a summers evening. On the face of it, its lyrical theme and structure is traditional Editors, but it’s underpinned by this rolling groove that verges on “Happy Mondays”.

“Hallelujah (So Low)”:
Partly influenced by the call to prayer reverberating around the city of Istanbul, this song goes from tight and rhythmic to expansive and shimmery. It’s then slapped round the face with a gigantic guitar riff, which sounds like it’s possibly being played by Dimebag Darrell and Skrillex at the same time. Heavy.

“Violence”:
This song took quite a bit of time to find its identity, but when it did it was one of the most enjoyable to work on in the room. We went fairly minimal on it, wanted to get it really dark, and every time we played it through some little hook came up from one of us that fed the others an idea, and let us build the track further. It also got treated to some really aggressive programming when we sent it to Blanck Mass, that brought out the beast in it further. When this came back from our mixer, Cenzo Townsend, it blew us away really, and we immediately considered it as the album centerpiece. 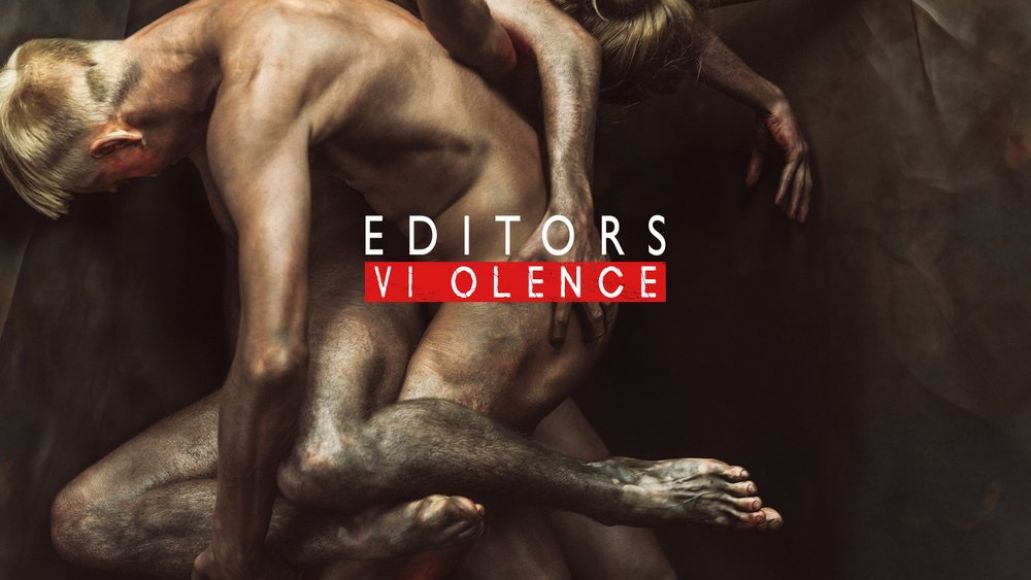 “Darkness at the Door”:
We had a version of this where the best part was the middle 8… we were totally doing it wrong. We had this train of thought style vocal from Tom, something that we hadn’t used before, and as soon as we made the music more simple and just gave him a couple of notes to sing over, it suddenly made sense. It’s about as pop as we have ever been really, we went to town with bell sounds, brass drones and big synths and it’s got some serious weight to it.

“Nothingness”:
It’s probably my favourite song to play live off the record at the moment. It feels natural to get in the pocket as it’s really bass and drums driven. Watching Tom re-do the vocal at Lynch Mob studio in London, was about as cool a thing as I saw making this record. Everyone in the place was buzzing off that for hours.

“Magazine”:
This is the first single from the record, and it is a pretty accurate representation of the style of the whole album. It’s a song that we worked on a few years ago, when we almost fell apart as a band, so it was great to finally put the ghost of that time to rest and turn it into the banger that we all thought it could be. Lyrically it feels really potent too, even though it was written six or seven years ago.

“No Sound but the Wind”:
Another older song, this first appeared on a soundtrack for one of the Twilight films. It’s quite well known in some countries, and it may seem slightly strange that it appears here, but we never though we presented it quite as well as it should have been. As with “Magazine”, it had some unfinished business to attend too. Leo was really keen on bringing us all into the song but to keep it really somber and sparse as it’s really the only moment of quiet reflection on the record.

“Counting Spooks”:
I guess this is the rock opera track for the record. We had a song called “Marching Orders” on the previous album which we allowed to run away with itself a bit, and this shares some of the same freedom but is a bit more succinct. There are essentially two songs in one: the first being full of really nice hooks and a sing along chorus, the second part has this 12″ mix vibe to it, each round of music evolving and sucking you in to the groove. Leo really showed his class for arrangement on this one, no two bars are really the same as he guided us through the outro, and kept it incredibly cool.

“Belong”:
We played this song to our collaborative photo artist, Rahi Rezvani when he came to town, and it got him absolutely on board with the new music. He felt totally in tune with it and gave him his first inspiration to come up with the artwork for the album. It’s pretty goth, musically brutal and is the closer to our new record.