The following review was originally published as part of our coverage of the 2017 South By Southwest Film Festival.

Upside-down palm trees move across the screen, bathed in a purplish half-light, as if night is about to fall on this tropical clime. Slowly, the camera tilts down to reveal a quiet L.A. street at dusk. A girl waits in her car. Waits for her night to begin.

With a simple-yet-effective metaphor, director Aaron Katz presents a skewed view of Hollywood. His film, Gemini, follows in the cinematic footsteps of great Hollywood noir like Sunset Boulevard, The Bad and the Beautiful, and Mulholland Drive. These films function at two levels; the glitz and the gutter, the vapid veneer of filmed fiction and the harsh realities of a cutthroat business. The surface is beautiful and intoxicating, but the seedy underbelly can be deadly.

Gemini tells the story of Jill (Lola Kirke), personal assistant to rising star Heather (Zoe Kravitz). Jill is at once Heather’s friend and her employee. Even though her career is only starting out, Heather is already tired of the Hollywood game. She wishes to drop out of her next project and skip reshoots for another. Because of Heather’s fickle nature, Jill is also a regular whipping boy for Heather’s agent Jamie (Michelle Forbes), as well as Greg (Nelson Franklin), the jilted director of Heather’s former project. As Heather’s mood changes, Jill has to face the wrath of these Hollywood players.

For the first act, Katz builds a fascinating relationship between Jill and Heather. On the surface, their bond is loving and symbiotic; Heather seems incapable of handling confrontation, while Jill has no apparent ambitions of her own. Their interdependence exhibits a closeness, but the characters’ easy chemistry also hides a history of resentment. From the moment Jill picks up Heather from a swank party, there is a foreboding undercurrent to all their conversations. Though they smile and titter and drunkenly sing karaoke, something dark is on the horizon.

Katz visualizes Jill and Heather as children in this scary world of motion pictures. Jill dresses like a kid, with a baggy sweatshirt and unflattering jeans. Her small pack hangs loosely down her back, and her gait is awkward and childlike. Though Heather is much more stylish in her choices, her long white jacket looks three sizes too big. The two make quite the pair, babes in the woods.

It is in this opening section of Gemini where Katz really shines. His direction of his actors and the stylish visuals create a sense of unease with a pulsing rhythm. His presentation of L.A. is akin to Nicolas Winding-Refn or Michael Mann’s work.  Like The Neon Demon or Heat, Gemini’s color palette is a mix of beautiful pastels. The sky is a deep, saturated blue, and the hallways of a hip karaoke bar are an electric pink. Katz’s camera movements are slow and methodical, further adding to the film’s sense of worried expectation.

It’s then a shame that all of the foreboding leads to a simple murder mystery. All the promise of personal conflict between Jill and Heather disappears with the crack of a gun. Suddenly, Jill must go on the run in an attempt to solve a crime and clear her name. This part of the narrative is as generic as the early moments are enticing. Jill makes her way down the list of possible killers and confronts stalker paparazzi (a wonderfully creepy James Ransone), Heather’s ex Devin (Reeve Carney), and Heather’s musician friend, Jamie (Greta Lee). Jill’s journey has touches of Hitchcock: mistaken identities, a falsely accused protagonist, and platinum-blonde wigs. However, Katz does little of note with these elements. This run-of-the-mill thriller plotting is by no means bad, but none of this lives up to the promise of the first act.

In order to add another layer to his mundane murder mystery, Katz makes several attempts at meta-storytelling, but this never comes to fruition. When Jill questions Greg about the murder, the struggling director considers the suspects as if they were movie characters. It could be Devin, Heather’s ex…but that’s too easy. It couldn’t be him. This scene is amusing, and Carney in particular is a delight. But this breaking of the fourth wall and meta-understanding of murder narratives never really comes back into play. This self-reflexivity could have been quite powerful, were it woven into the rest of the film.

The faults of Gemini are in its screenplay, and Katz’s inability to sustain interesting character dynamics and maintain a consistent narrative. As a director, Gemini is easily Katz’s most confident outing to date; the indie familiarity of his earlier films, Quiet City and Cold Weather, is absent here. His visual style is beautiful and assured, and he keeps his tone menacing and cool. If only Gemini fulfilled the promise of its truly fantastic beginning. 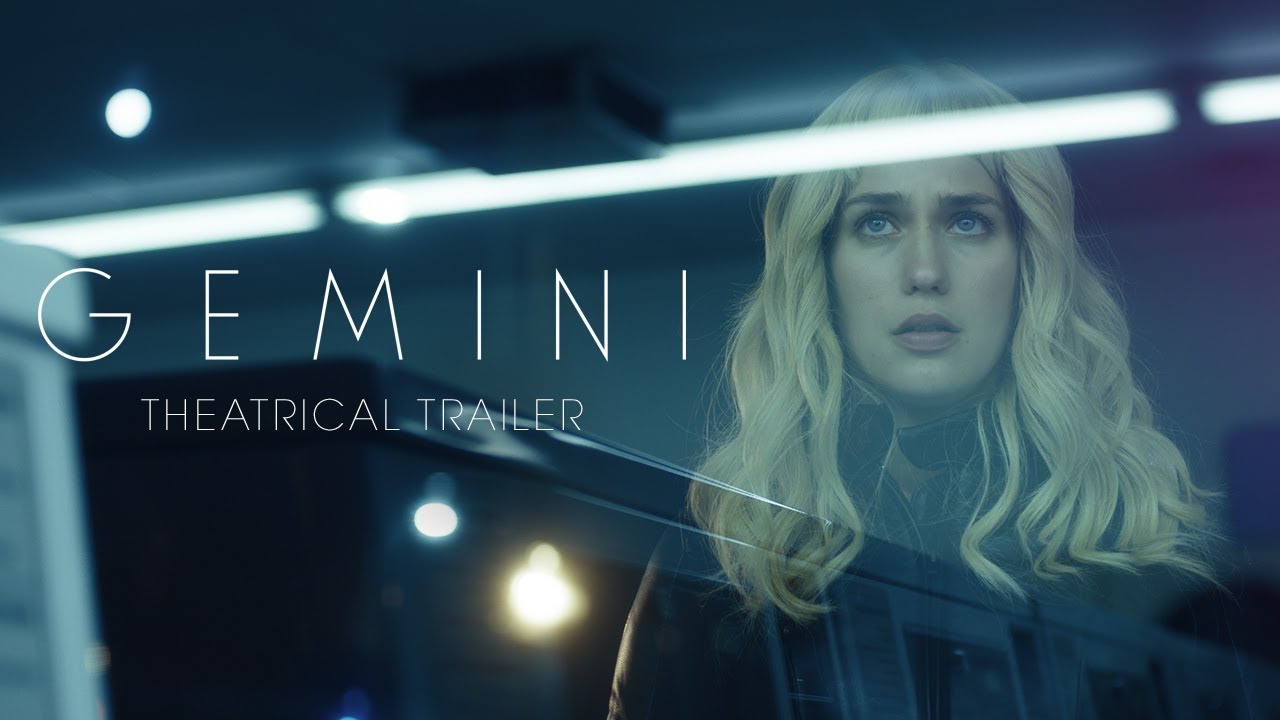 Film Review: Gemini is the Latest Feature to Turn Los Angeles Into a Neon Underworld