A doctor, a minister, an aide, and a few others walk into Stalin’s chambers. Stalin looks pretty dead, stewing in his own filth on the floor. The men weep, albeit a little phonily – they all want a shot at the top spot, but oh no, Stalin is dead! He is dead! Stalin’s body must be dealt with, of course. This is far too degrading a demise for the public to know about. The men must move Stalin to his bed for a more graceful exit. As the men lower themselves to pick up the body, they crouch, whine, bicker. But they get themselves together, and manage to lift Stalin’s body and place him gingerly onto his bed. Hurrah for Communism. They pause to reflect, barely. And then: “Well we didn’t drop him. Well done, us.”

Wilder couldn’t have topped a zinger like that, and The Death of Stalin has about a million more. Political rascal Armando Iannucci does it again with The Death of Stalin, a comic book adaptation of a very different color. Based on the graphic novel of the same name by Fabien Nury and Thierry Robin, the film is a bountiful black comedy, menacing and red in the face with bloviating men of a nasty order. This is a film about historical erasure, power lust, and the fixings of a corrupt governmental body left to grieve and plot. Come. Poke the bear with Iannucci and crew.

For 20 years, Stalin’s NKVD forces – the Narodnyy Komissariat Vnutrennikh Del, aka the People’s Commissariat for Internal Affairs – have ruled with an iron (albeit passive-aggressive) fist. Enemies are blacklisted, exiled, or simply murdered by Stalin’s secret police of cowardly sycophants with guns. Disagree with Stalin? That’s a shot in the head. And Iannucci has the nerve to treat these unnerving events like a banal, bitter-tongued workplace comedy. (Veep and The Thick of It enthusiasts will know exactly where this film is going.) Stalin, as played by Adrian McLoughlin, sounds more like Gary Oldman than a Russian czar, and is set up as a sort of officious boss with unlimited power and zero clue.

In the opener, Stalin’s secretary calls a radio producer Andreyev (Paddy Considine) during a live broadcast of a Mozart concert. Secretary says call back in 17 minutes. Andreyev calls back. It’s Stalin himself on the line with Andreyev. Stalin curtly asks for a recording of a Mozart’s Piano Concerto n. 23 that is currently playing. Andreyev is rife with nervous glee. And after the moment of sputtering honor, Andreyev flips the fuck out realizing he wasn’t recording the show. In an act of desperation, he begs the orchestra, crowd, and a new composer (the first one has a daffy accident) to re-perform Mozart for Stalin. And the totalitarian crudity trickles down – “Do not defy me! Sit your asses down! Just a musical emergency!”, Andreyev screams. And everyone mostly obliges, demeaned, because again: the shootings. Panic, terror, office politic silliness; the comedy’s in the last-minute flop-sweat.

What’s been written about as an era of fear and paranoia is reframed. Stalin may be a controversial revolutionary, but in Iannucci’s worldview, he’s just that damn old man everyone’s waiting on to croak. Stalin’s confidantes desperately pucker up, hoping to just not be placed on the naughty list. Vyacheslav Molotov (Michael Palin), a politician in Stalin’s circle, is on one such list, yet remains naively trusting. Melenkov (Jeffrey Tambor) is a sort-of-old friend that you’re embarrassed to have – terrible at jokes, politics, talking — but you never know when he’ll come in handy. Like when Beria (Simon Russell Beale), the country’s head of secret police, needs a patsy in case Stalin should fall. Statesman Nikita Khruschev (Steve Buscemi under a rubber nose) carries high esteem in Stalin’s world as well, perhaps because he takes notes of what he says in Stalin’s company, God forbid anything is ever used against him. Plus, remembering what Stalin found funny the night before never hurts. (Unless of course, Khruschev is drinking and the notes are terrible.)

Lots of names, details, and questionable historical accuracy, but just know this: They’re a legion of hapless suck-ups. And all curiously played by English and American actors. Because if you’re going to jest on Russian history, might as well go the full mile with a non-Russian cast, right? It’s a who’s-who of weasels, looking to claim the throne for Russia. When Stalin has a stroke, what ensues is the It’s a Mad, Mad, Mad, Mad World of political gasses, a morass of greedy, nutty politicos desperate to rewrite history before the doctors, journalists, and public arrive.

Iannucci, working with writers David Schneider, Ian Martin, and Peter Fellows (off an original script from Fabien Nury), has assembled something memorable, a satire almost jazzy in its riffs. The script feels like a great writers-room comedy, where only the leanest and meanest bits stay, and the most startling and intriguing ideas persist. It functions comedically and historically — the jokes have something to say about power.

It’s Ianucci’s fondness for political ego, along with his wonderful ear for derision, one-upsmanship, and swearing, that elevates Stalin’s game. Kruschev mocks a particularly awkward funeral director as “Slim Hitler” in one great bit. Molotov, riled that bishops are at Stalin’s funeral, acts like a mean girl. (“Who invited the bishops? Sneeze on those bastards!”) Word choices matter, and are just endlessly funny – a flaming body said to stink of rendered horse here, Stalin’s dim son referring to Russians as ‘adopted cubs’ there. Palin using the word ‘unwavering’ four times in a very short sentence? Straight out of Python, that kind of preening. The list goes on, comrade. But perhaps the most appealing quality of Ianucci’s film is that if you’re say, so-so on politics and/or history, those aren’t requirements for enjoying this film by any stretch.

Iannucci’s knack for the politics of ham-fisted politicking is an art in itself, worthy of high praise, and the script is this film’s mightiest dagger. This is a film about coups, secrets, back channels, and men shoving and bullying men. It has the nerve to mock shootings, rapists, and totalitarianism. Iannucci seems to suggest that all this cruel stuff comes down to men with too much authority admitting they have no clue what they’re mad about; at least several of Stalin’s guys make this admission. (It should be noted though, that Stalin has a glimmer of salty hope: time comes for all nitwits.) And that drubbing is what might make The Death of Stalin so special — the fact that it not only has teeth, but it feels apropos of any political era. But audiences, in this year of fake news and stymied global relations, get ready to feel uncomfortably close. This movie was banned in Russia, after all.

At the risk of waxing hyperbolic, Stalin really does feel like it could stand as a pre-eminent political comedy of our time. It’s almost too relatable. When our White House treats staff positions like musical chairs, there’s something ever-so-prescient about the NKVD’s human deletion and its leaders’ Pavlovian opportunism. When guys like Berlusconi refuse to bow out gracefully, and China looks to end term limits on presidency, and those among us are ‘joking’ about it, one watches Stalin in wonder. How the hell have we learned so little? One has to laugh. It’d hurt too much otherwise. 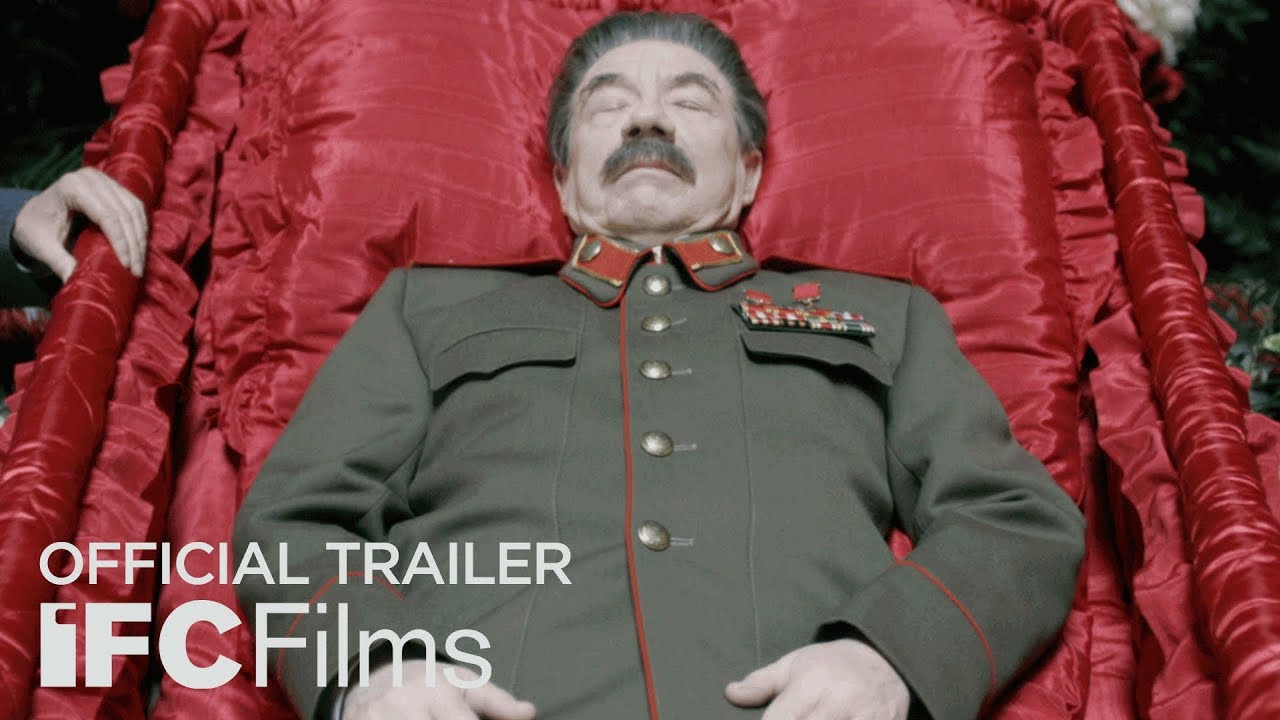 Film Review: The Death of Stalin Turns World Politics Into a Carnival of Fools