Love him or hate him, one thing to admire about Steven Soderbergh is his sense of experimentation. From casting himself and his family in the micro-budget absurdist comedy Schizopolis, to using non-professional actors for Bubble, to being an early adopter of digital filmmaking with works like Full Frontal and Traffic, toying around with new filmmaking (and, in some cases, distribution) techniques seems to be what drives him as a filmmaker. While he enjoyed a brief respite from feature filmmaking (his long-vaunted ‘retirement’), he’s recently come back in a big way with the breezy, fully independently funded Logan Lucky and the experimental HBO miniseries Mosaic.

For his latest trick, Soderbergh offers Unsane, a lean, mean, ‘70s-style exploitation thriller. This time he’s filmed the whole thing on iPhones, which as Sean Baker’s Tangerine demonstrated, is a highly underutilized medium for creative, economical filmmaking. While the formal feats he accomplishes with these limitations are incredible, the movie around them ultimately leaves a bit to be desired.

Existing somewhere between The Snake Pit and Fear, Unsane’s story follows an anxious, occasionally abrasive young woman named Sawyer Valentini (Claire Foy), a scant few months into moving to Boston to start her life over after a stalker (Joshua Leonard) made her former one a living hell. While visiting a counselor for what seems like a simple therapy session at a local mental health center, she finds herself inadvertently admitted to their institution, run by myopic Nurse Ratched types and filled with dangerous patients like Juno Temple’s unpredictable Violet. No one believes that she’s not meant to be there, since she signed the admittance forms, and any protests only make her seem all the crazier. As if that wasn’t enough, her anxiety is compounded when she spots one of the night nurses, who happens to be the spitting image of her former stalker. Did he follow her all the way to Boston and get a job at the hospital handing her meds? Is she madder than she believes?

For a technology that’s only existed for the past decade, the grainy aesthetic of the iPhone’s digital camera works wonders to replicate the grainy fuzziness of 35mm film stock, common to the grindhouse pictures that Unsane frequently evokes. Acting as his own DP, Soderbergh makes great use of a just-shy-of-16:9 aspect ratio (it’s really closer to 4:3) and flat digital lighting to echo Sawyer’s growing paranoia and the claustrophobic terror of the facility in which she finds herself. Soderbergh hardly ever uses the iPhone’s warped, fisheye lens the way you’d expect of a traditional film camera – Sawyer’s face and head are captured from extreme high and low angles, or dead on her face in moments of crisis, or pointed at the far end of the room, Sawyer’s head trapped in the corner. There’s an intimacy to Soderbergh’s camera that makes so many of the shots feel positively voyeuristic, a la The Conversation – from POV shots to surveillance cameras, the audience is implicated in Sawyer’s plight as much as anyone.

As for Sawyer herself, Unsane gives Foy a chance to spread her wings after her breakout role in The Crown, giving an incredible lead performance that keeps the entire enterprise afloat, even as the script starts to deteriorate. Her Sawyer is deeply intelligent, constantly trying to find new ways to navigate herself out of the madhouse in which she finds herself. Whether through her budding friendship with the only other patient who believes her (a charming Jay Pharoah), or the many violent outbursts she has with patient, nurse, and attacker alike, Foy makes a dynamic, intense meal of James Greer and Jonathan Bernstein’s often lyrical dialogue. One particular scene in a padded cell between Foy and another character is the kind of theatrical two-hander at which Foy excels, the culmination of a wounded, impressive performance that’s magnificent to watch. Sawyer’s ordeal is as much about gaslighting and male entitlement as it is a woman trapped in a mental hospital, and Foy’s eye-catching work highlights the effect that those societal ills can have.

While Foy and the camera almost justify the admission price on their own, Unsane’s potential wanes dramatically as the film slides further into dark grindhouse horrors. It can be challenging to accept the multiple contrivances and willful ignorance of dozens of people required to not only put Sawyer in the institution in the first place, but ignore her sensible pleas to be released despite incident after incident involving her. While the movie teases some bureaucratic conspiracies for keeping sane people like Sawyer institutionalized, they manifest in the form of cartoonishly greedy administrators and aggressive, power-hungry staff. A certain amount of contrivance is necessary to drive the film’s thriller trappings, but the phrase “a danger to herself and others” is applied a little too liberally to a character who is visibly, clearly traumatized by her institutionalization, rather than being dangerous on her own.

By the time Unsane threads together its evil hospital and manipulative stalker angles, it’s done without a great deal of finesse. The film’s early acts play so well with the uncertainty of Sawyer’s sanity, and the ongoing tension of whether or not she’ll be released, that it’s frustrating when the final act tips its hand into gratuitous violence, both physical and sexual. To her credit, Foy runs with the darker, more desperate direction the escalating stakes take her character, leading to some scenes that are compelling in a vacuum. But as the bodies pile up, and the ignorance of the hospital staff grows, the is-she-crazy-or-isn’t-she through-line that was so compelling gives way to the hokiest of horror movie cliches.

Even so, there’s a sense of freewheeling sense of experimentation to Unsane that maintains Soderbergh’s status as one of the most innovative directors of our time. The grimy iPhone aesthetic is a bold, inventive way to maintain tension, and Soderbergh’s lucky to focus his camera on an actor as refreshing and committed as Foy. Despite the occasional tonal hiccup, so much of Unsane feels fresh and new, using bold formal techniques to spice up a complex throwback to B-movies of the past. 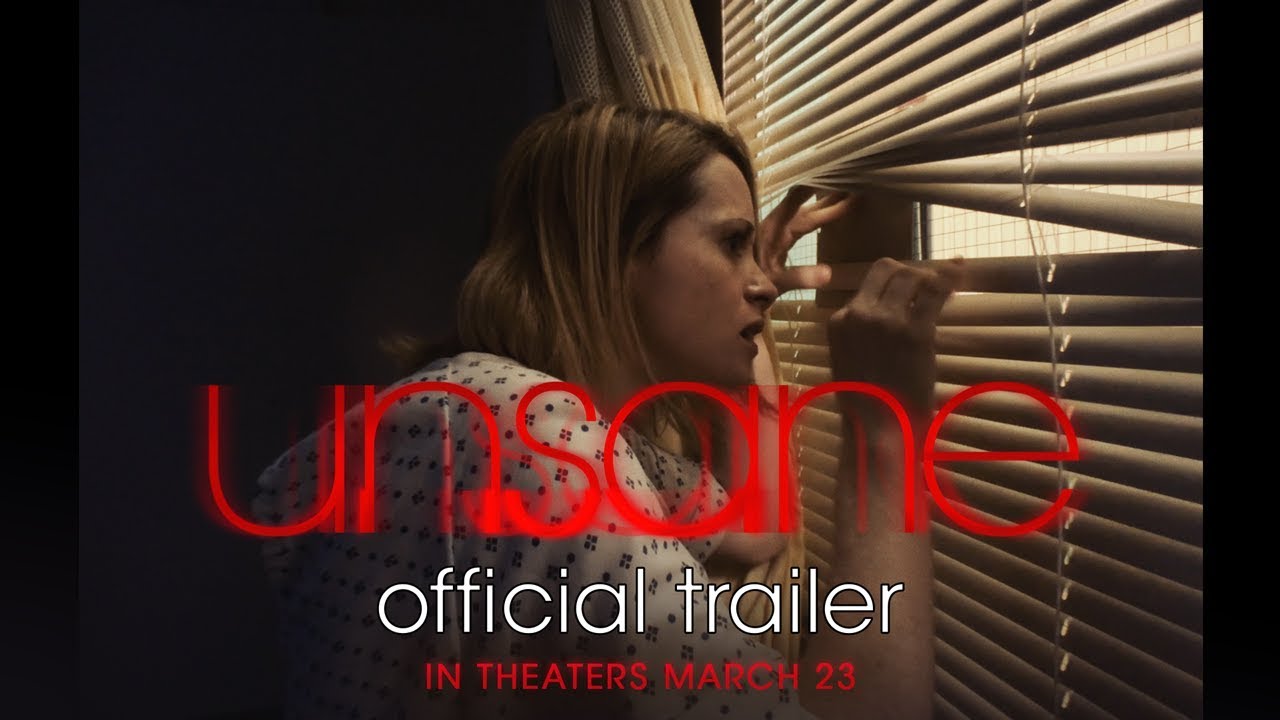 Film Review: Unsane is Full of Unsettling B-Movie Shocks From Top to Bottom