There’s plenty to love about the Marvel blockbuster Black Panther, from what’s up on the screen to what’s playing in the background. For 18-year-old movie goer Sophia Robb, the most show-stopping moment in the film came when villainous Killmonger, aka Michael B. Jordan, took off his shirt and revealed his super beefy bod.

This scene was so intense for Robb that she could do nothing but clench her teeth in awe. She clenched so hard and so tight, in fact, that she actually broke her retainer right there in her seat.

The story first made its way onto the internet via a Tumblr post written by the orthodontist who helped Robb after her little snafu. “One of my patients came in for an emergency visit, because she snapped the wire on her retainer watching the movie when MBJ took his shirt off she clenched her teeth so fucking hard she snapped it,” the post reads. “That is the fucking funniest shit ever to me this tiny 17 year old girl thirsting so goddamn hard she busted steel.” 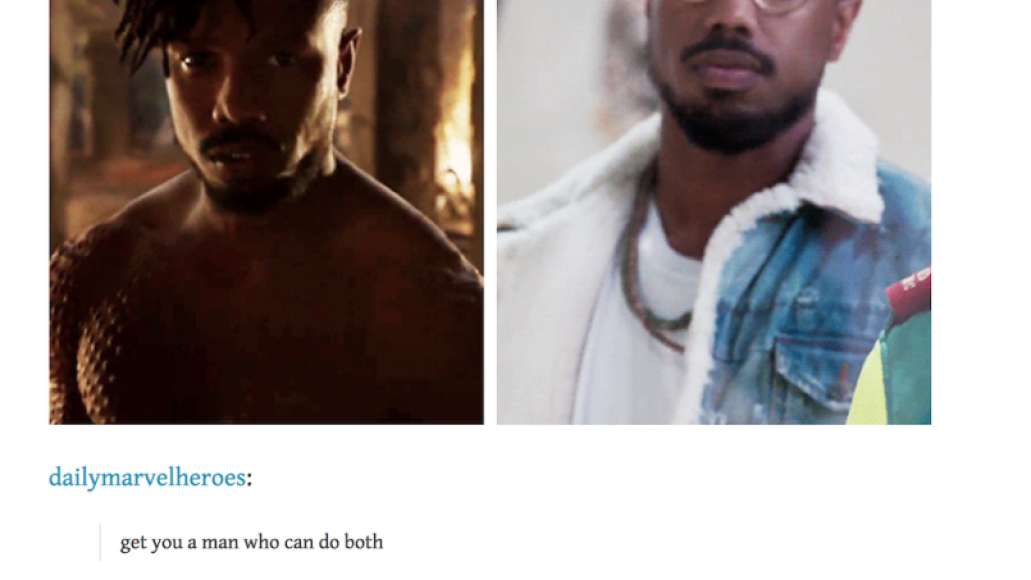 Said post eventually made the rounds, went viral, and resulted in Robb surfacing to admit she was that patient who was “thirsting so hard.” She went on to give interviews about that fateful night, which then happened to catch the eye of — wait for it — Jordan himself.

The actor followed Robb on Twitter and proceeded to cap off this unbelievable story with an unbelievably heartwarming ending: Jordan offered to buy Robb a new retainer. “since I feel partly responsible for breaking your retainers let me know if I can replace them,” he tweeted out yesterday.

.@pixyrue since I feel partly responsible for breaking your retainers ????????‍♂️ let me know if I can replace them ????

TIL that 1) one can “thirst” so passionately he/she can bite through steel and 2) good things can still happen in the Trump age.

Michael B. Jordan offers to buy teen new retainer after she broke hers while watching Black Panther