Today marks the release of Paradox, the new film written and directed by Daryl Hannah and starring Neil Young. The film is now streaming on Netflix. Young also helmed the film’s soundtrack, which you can stream, which you can stream below via Apple Music, Spotify, or on Young’s archival site.

Young’s “fantasy western” is part film, part concert, and the soundtrack is comprised of studio and live performances from Young and his band, The Promise of the Real, as well as session players Jim Keltner and Paul Bushnell and an orchestra recorded on the MGM Soundstage. Narration from Willie Nelson, who appears in the film alongside his sons Lukas and Micah, provides some opening narration, as well as his own “Angel Flying Too Close To The Ground” for the gang to cover. Young and his cohorts also try their hands at songs by blues legends Jimmy Reed and Lead Belly, and, for the first time, Promise of the Real joins Young for a performance of “Peace Trail”. A press release notes that all the music was recorded spontaneously with no overdubs.

We weren’t the biggest fans of Paradox as a film, though Young and Hannah themselves described it as having “more pot than plot” during a talkback at its SXSW premiere. “This is us. We are making this for our peeps. We’re not trying to impress anybody,” Young told Rolling Stone last week. Our own review does call out the film’s music as a highlight, however. “The film is a bit foggy regarding how any of the musical sequences tie into the bigger picture, but Promise of the Real are much more comfortable backing Young on an exceptionally fired-up ‘Cowgirl In the Sand’ from Desert Trip 2016 than they are when pretending to be shit-kickers,’ writes Dan Caffrey. “The same goes for an impromptu campfire huddle where Lukas Nelson delicately sings his father’s ‘Angel Flying Too Close to the Ground’ — made even more poignant for reasons I won’t spoil here. Earlier on, Young gets all stripped-down himself for a rendition of “Pocahontas” played on his 1885 Estey reed organ.” 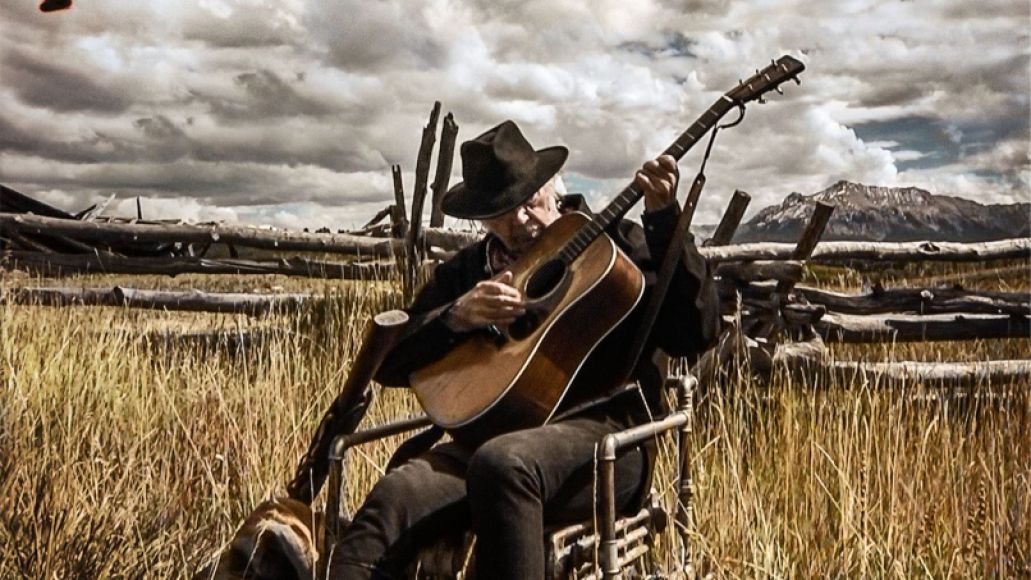