The Wire is everything. What started as a complex but focused show about cops and drug dealers, steadily expanded to include the worlds of dockworkers and international crime syndicates, of budding empires and paper bags, of politicians and schoolchildren, and of the public and the press. Over the course of five seasons, the series gave us what felt like the entire city of Baltimore, broken down into intersecting storylines and one-hour chunks. And it built them back up into a living, breathing place that encompassed every nook and cranny of the city.

But as much as the show had an unrivaled sense of place, what has kept it so salient in the years since its debut is not just its commitment to realism, or its self-styled Dickensian scope, or the rich world of characters and real-world issues David Simon and his team presented. The Wire is everything because while its stories are rooted in Baltimore, its lessons are universal. It depicts the morass of problems that affect communities, finds the inevitable blind spots of institutions both official and extralegal, and sees how there’s no boogeymen to be extinguished, just the sad inertia of tough choices and self-interest.

In other words, it’s nobody’s fault, because it’s everybody’s fault. Now, 10 years after The Wire went off the air, here’s our look at how the series built that lesson, piece by piece and season by season, and became one of the greatest television shows of all time. 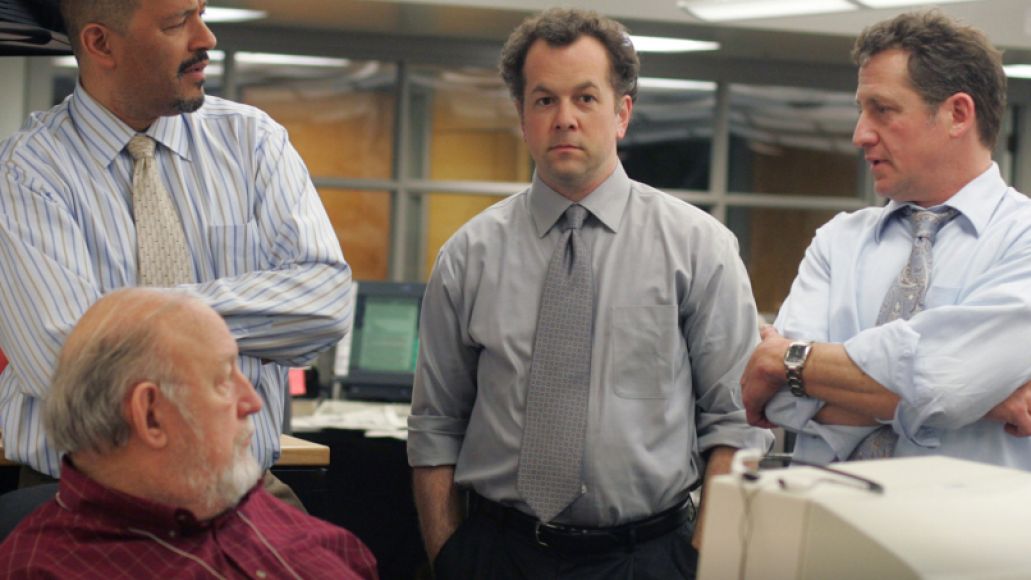 The Pieces: The series’ final season shifts its focus once again, training its lens onto another dying institution: newspaper journalism. Embodied by Baltimore Sun journalist-turned-bullshit-artist Scott Templeton, who is played with unctuous smarm by Tom McCarthy, viewers were given a peek into the inner workings of a real newsroom. From the camaraderie and politics to the buyouts and quotes puffed up with hubristic yeast, The Wire once again managed to give depth and color to another world that is unfamiliar to the general public. Connect that to the unbelievable storyline of Jimmy McNulty’s (Dominic West) fabricated serial killer, young Turk Marlo Stanfield (Jamie Hector) managing his recently obtained place on the top of the heroin enterprise that he snatched from the vanquished Barksdales, and ambitious mayor Tommy Carcetti (Aidan Gillen) running for governor two years into his term, and you have a very eventful end to the greatest series in television history. 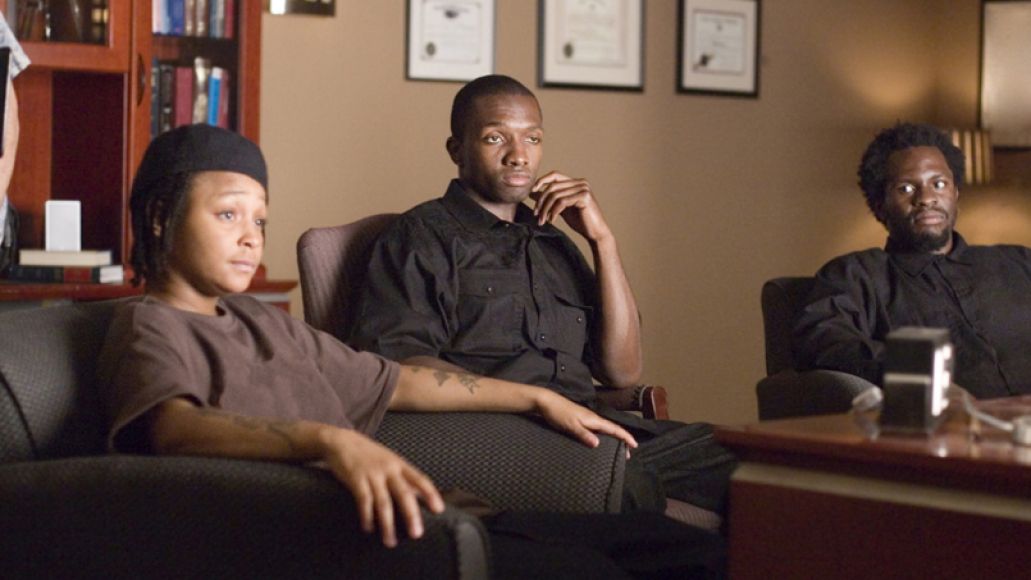 The King Stays the King: An unhinged McNulty fabricating a serial killer to fund the investigation of real crimes is an easy choice, and Tristan Wilds breathing life into character Michael Lee’s evolution from distrustful teenager into a calculating stick up kid was equally memorable. Also Bubbles, played with great care and charm by veteran New York actor Andre Royo, finds redemption at the end of one of the darkest storylines of The Wire’s bleak five seasons. After finally freeing himself from heroin addiction, he’s still consumed by grief from his actions that inadvertently led to the dead of his young protege Sherrod (Rashad Orange) in season four. He finds freedom in forgiving himself, and in turn earns the forgiveness of his family.

But in a season filled with great performances, the menacing portrayal of Marlo Stanfield turned in by Hector is the best reason to watch season five. First introduced in season three, Stanfield’s ruthlessness has placed him on the top of the food chain in West Baltimore’s drug game. But like all apex predators, Stanfield wants more. He gets it through murder, deception, and guile, placing this performance in the company of the all time greatest villains in television history.

A Man Got to Have a Quote: As Stanfield enforcer Snoop (Felicia Pearson) drives Michael to unwittingly murder her, her annoyance with his constant questions about the logic behind the orders they’re tasked to carry out is expressed in a line that could serve as a mission statement for the series as a whole. Michael wonders why they’re on their way to kill a man without hard evidence that he deserves his fate. Snoop, ever the soldier, replies “Deserve got nothing to do with it. It’s just his time.”

Nobody gets what they deserve in David Simon’s Baltimore. Well, maybe except Snoop, who’s memorably double-crossed by Michael, who murders her before she can murder him soon after the aforementioned conversation. Scott Templeton got a Pulitzer Prize, when he should have been forced out of the profession. Duquan “Dukie” Weems (Jermaine Crawford) deserved to have his intellect nurtured and go on to college, but instead ended up addicted to heroin. The Wire’s writers and actors all deserved a metric ton of Emmys, but were only nominated for two and won none. To succeed in this world is to play dirty in an already rigged game.

Pandemic: The aforementioned Snoop Pearson’s nonchalant resignation when she realizes she’s going to be killed (“How my hair look, Mike?”) was unforgettable, but there was nothing more devastating than the death of Omar Little (Michael K. Williams). Circling back to “deserve got nothing to do with it,” it was heartbreaking to see the cunning and ever-vigilant Omar Little die at the hands of Little Kenard (Thuliso Dingwall) in a corner store. However, the way he met his demise does not diminish the impact of this iconic character. His loyalty to Butchie (S. Robert Morgan) and thirst for revenge brought him back to Baltimore on a rampage. He was a man with a code, from which he never deviated, and that eventually would be his doing in. 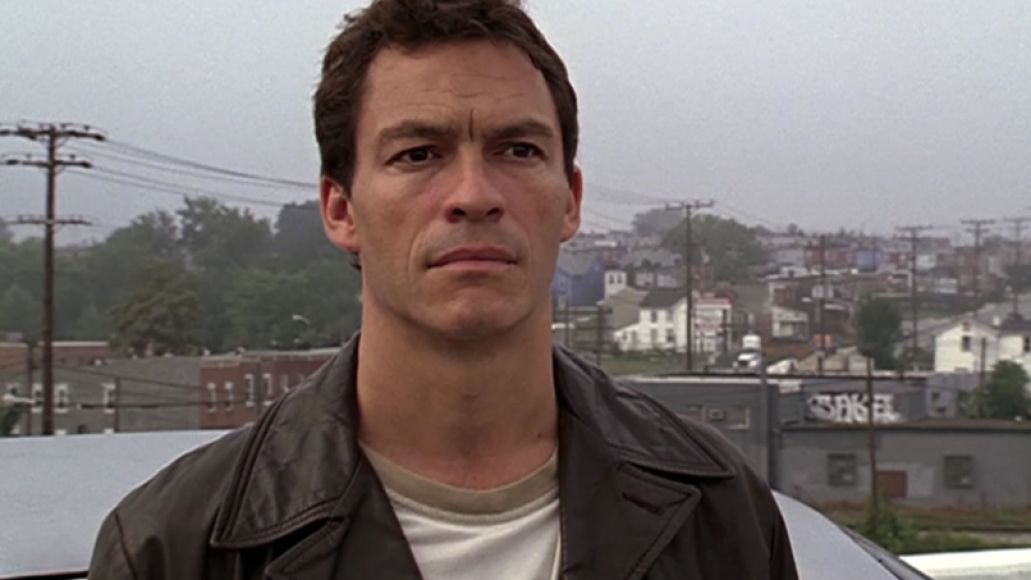 This America, man: To quote Jay Landsman (Delaney Williams) at Jimmy McNulty’s wake “What to say about this piece of work? Fuck if I don’t find myself without the right words.” Season five used two dubious plot points, a string of fake murders dreamed up by McNulty to secure funding to investigate real homicides and Marlo Stanfield, and a reporter fabricating quotes to cover the fake murders and advance his career. Both stand out as sensationalistic exceptions in a show that’s hallmark is true to life portrayals of people and events rooted in reality. That said, the pitch perfect dialogue and emotional depth characteristic to the show remains on display in season five, giving the show a fitting end to its legendary run.

Ranking: Every Season of The Wire from Worst to Best