From their first gig opening for the Ramones in 1975 until the (eventually permanent) hiatus that followed the release of Naked in 1988, the Talking Heads released eight albums of music potently attuned to the absurdities and anxieties of late 20th century living. As they evolved from the sweaty post-punk weirdos that mesmerized audiences at CBGB to the well-oiled (and expanded) funk automatons depicted in Jonathan Demme’s seminal 1984 concert film, Stop Making Sense, the band never lost sight of their guiding principle: that being alive in the postmodern world is a deeply strange, deeply unsettling proposition.

While the message rarely changed, the means of delivery did. Listen to the eight albums the band released in those 11 short years, and you’ll cross sonic landscapes that take you past nervous New York punk and no wave, the irresistible grooves of contemporaneous R&B and funk, and exit pointing towards country-western, glam, and nearly every other dominant subgenre of the era. With a catalog that sometimes sounds like a wild spin of a radio dial, it’s easy to lose your way. Luckily, we’ve done some of the work for you and assembled a rough ranking of the Talking Heads’ body of work. You may still find yourself living in a shotgun shack, but with this guide at the ready, you’ll at least know how you got there. 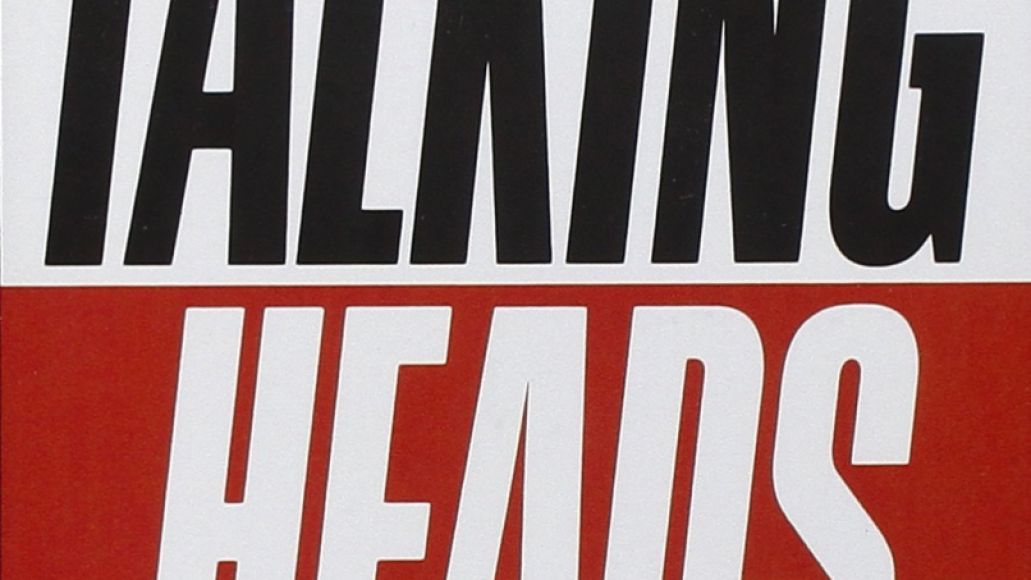 Crosseyed and Painless (Byrne-isms): I would argue that, as the soundtrack to a movie inspired by and executed upon the prompt “What if all of the stories in Weekly World News were actually true?”, this whole record is one long Byrne-ism.

This Must Be the Place (Memorable Grooves): The looped inhalations that run throughout “Papa Legba” add an unexpected sexiness to the vodou loa (especially in the Pops Staples version).

New Feeling (Reinventions): They’re all over the place, but instead of leaning in, Byrne dabbles to his detriment; while Byrne’s country-western experiments produce intermittent successes (in particular, “People Like Us”), his forays into gospel (“Puzzlin’ Evidence”) and zydeco (“Radio Head”) proved far, far less fruitful.

Heaven (Best Song): “Wild Wild Life” is the obvious choice, but the case can be made for “Dream Operator”, which is probably the Talking Heads’ sweetest song this side of “This Must Be the Place”.

Ruby Dear (Forgotten Gems): “People Like Us”, which is about the only one of Byrne’s occasional dalliances with country music that has the heart to match its own steel guitar. (Also, and I can’t stress this enough: it sounds even better when John Goodman sings it).

Hey Now (Final Analysis): Written as the soundtrack to the underrated 1986 David Byrne film of the same name, True Stories was more interesting in concept than in execution; while it regained a hint of the weirdness that was sorely missing from Little Creatures, its omnivorous appetite for pan-American genre-hopping never really let it coalesce into anything coherent. There’s also the matter of the record’s intended form; Byrne wanted to release the film’s (almost uniformly superior) cast recordings, but the higher-ups at Warner Bros. wanted a bankable radio hit. They got one (albeit in the form of the relatively forgettable “Wild Wild Life”) at the possible expense of the rest of the record. Still, it has to be said: the Talking Heads’ worst record would be an underrated gem in the catalog of any other band. That’s not nothing. 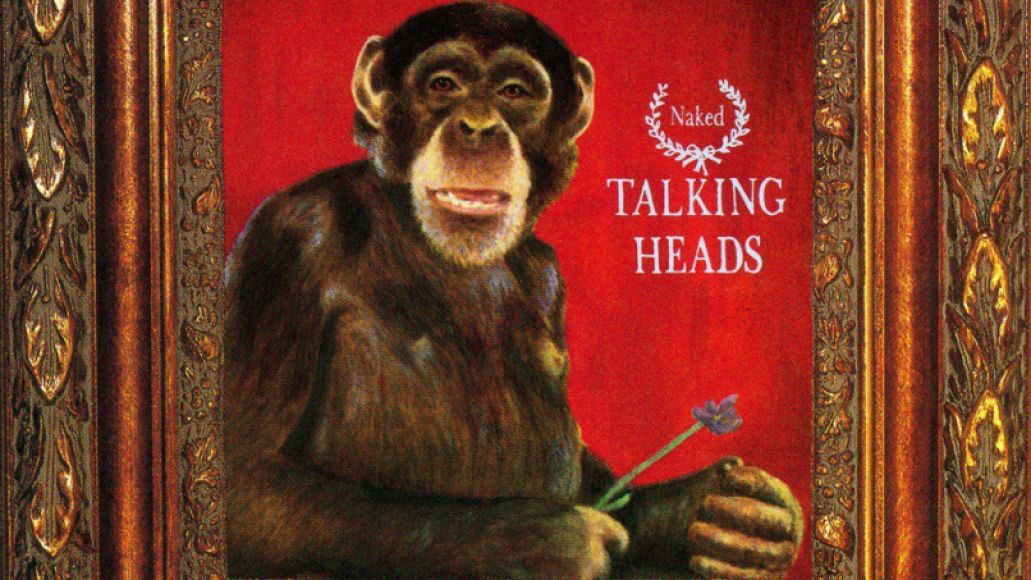 This Must Be the Place (Memorable Grooves): The big band samba feel of “Mr. Jones” is tailor-made for Byrne’s theatrics and offers more than enough to carry you through the darker and heavier moments of Naked.

Don’t Worry About the Government (Anxieties): Regan commercialism (“Mr. Jones”), militant disinformation (“Blind”), duplicitous politicians (“The Democratic Circus”), and deconstructing humanity (“The Facts of Life”, “Mommy Daddy You And I”)

New Feeling (Reinventions): There’s not much reinventing a band is going to do after eight records, but Talking Heads clearly wanted to try. They do their best to stray from the pop formula they perfected on the previous two records, and while they find a great deal of vigor within bossa nova rhythms, it’s not long before the band revert back to Remain in Light tendencies that are ultimately impolitic.

Heaven (Best Song): “(Nothing But) Flowers” perfectly inverting Joni Mitchell’s iconic “Big Yellow Taxi” is a highlight for sure, but the capstone that is “Cool Water” perfectly brings together all of Naked’s drifting anxieties into a compelling and fiery conclusion that masterfully wraps up the Talking Heads discography.

Ruby Dear (Forgotten Gems): “Totally Nude” is basically Jimmy Buffett for art rock and world music fans, but it’s David Byrne, so of course he’s going to make your brain work a little bit while lounging carefree on a beach.

Hey Now (Final Analysis): Naked might be the most ambitious record of the band’s storied catalogue, with Byrne looking to combine a loose, improvisational feel with heavy, often dark subject matter. The open-ended nature of the grooves reflects itself in the discordant views on life that Byrne sings about, where the groove goes on for so long that Byrne himself comes around full circle on his own thoughts and views. Unfortunately, the record feels like the band trying to step out of the shadow of their previous heavyweight records but unknowingly falling back into the same habits. Thankfully, those habits still have plenty of gas to propel this record to greatness, just not the greatness that people mean when they talk about Talking Heads. 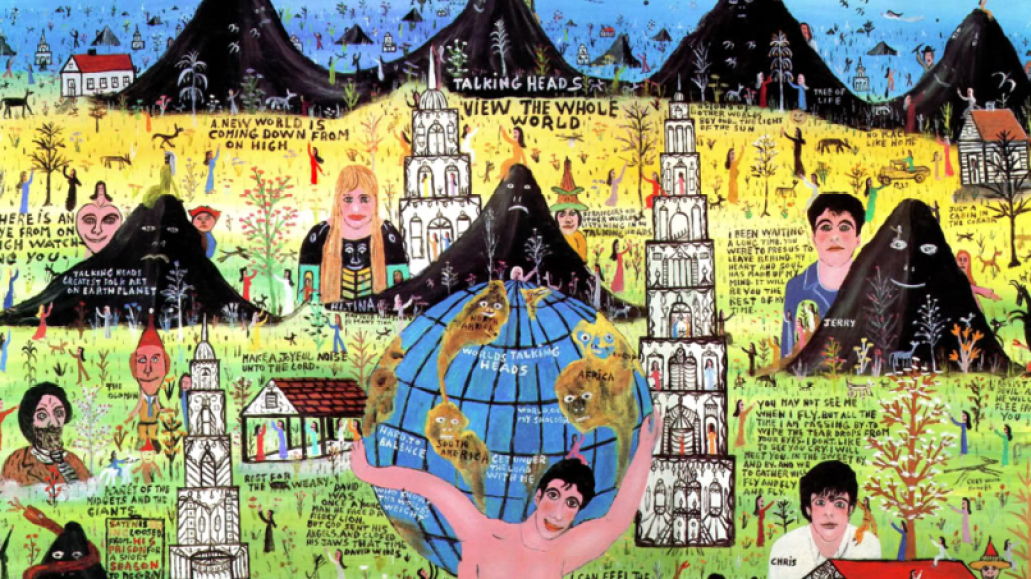 Crosseyed and Painless (Byrne-isms): Can you imagine the line “I’ve seen sex and I think it’s ok” delivered with a straight face by any other frontman of the entire 20th century? Maybe Noel Coward, but even that’s pushing it, right?

This Must Be the Place (Memorable Grooves): “Walk It Down”, if for the squelchy synths alone.

Don’t Worry About the Government (Anxieties): Transcendence (“And She Was”), television (“Television Man”), and bedtimes (“Stay Up Late”)

New Feeling (Reinventions): Little Creatures is the Talking Heads’ first pure pop record, a change that shows through in the production philosophy; the band jettisoned the extra artists (including whiz Bernie Worrell) that added heft to their famed live shows and, after all-in collaboration on their previous two records, returned the majority of the songwriting responsibilities to Byrne for the first time since 1978’s More Songs About Buildings and Food.

Heaven (Best Song): You can make the case that closer “Road to Nowhere” is the last classic song that the Talking Heads would ever release. You could also make the case that it foreshadowed (perhaps deliberately) the way the band felt about working together by this point. Either way – nihilism never sounded so bombastic.

Ruby Dear (Forgotten Gems): The album’s relatively forgotten first single, “The Lady Don’t Mind”, is one of the few songs on the record to resurrect the high-voltage funk that made Remain in Light and Speaking in Tongues into classics. (It’s also one of only two songs that the band wrote together).

Hey Now (Final Analysis): The Talking Heads’ biggest commercial success finds them exiting their jumpy experimental funk phase in favor of music more closely calibrated for the MTV generation. (Critics liked it, too; the album took the No. 1 spot on 1985’s Pazz and Jop poll). Whether it’s thanks to a less collaborative recording process, increased cash concerns, or David Byrne finally becoming comfortable in his own skin, Little Creatures stands as the first Talking Heads record that you can take at face value. Without the anxiousness of their first two records or the irresistibly interlocked jams of their next three, the album found the band entering the final (and diminished) plateau of their heretofore ever-ascending career. There’s nothing outright bad here, but when you’ve built an artistic life around the unexpected, “pleasant” is a four-letter word. 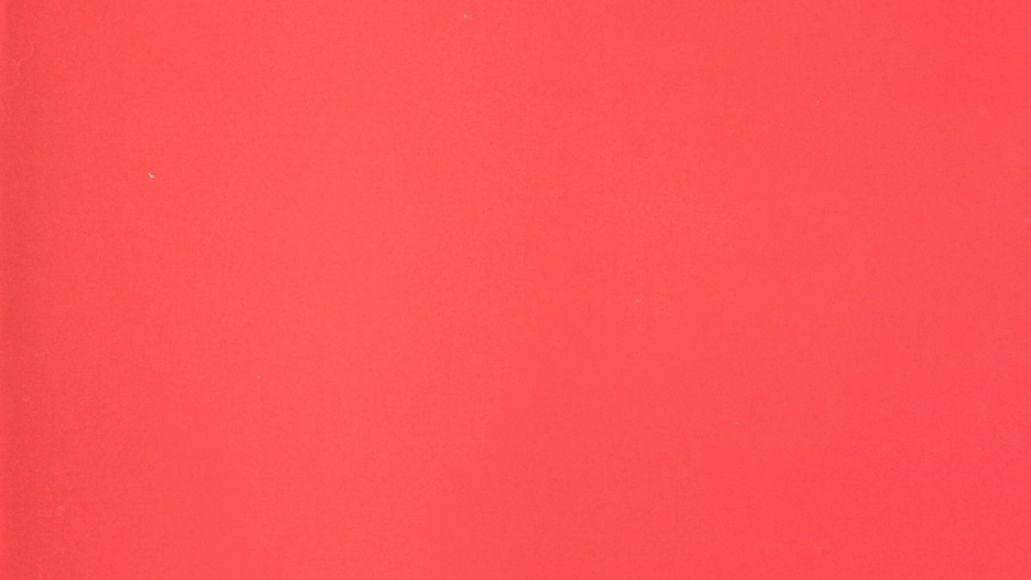 Crosseyed and Painless (Byrne-isms): Their debut record set the stage for what Byrne-isms truly are, from the vocal acrobatics of “The Book I Read” all the way through the iconic utterance of “qu’est-ce que c’est” in “Psycho Killer”.

This Must Be the Place (Memorable Grooves): The groove and bounce of “Psycho Killer” can’t be praised enough, but if we’re talking memorable grooves, then you have to talk about “Uh-Oh, Love Comes to Town” with its steel drums and prancing bass lines that kick off the band’s first record in a perfect way.

New Feeling (Reinventions): Talking Heads’ debut record proved that the spirit of punk music was far greater than the messy abrasiveness it was born out of. The music could be polished and refined while still being aggressive and iconoclastic, making their sound feel just as comfortable in a spacious ballroom as in a Bowery dive bar. 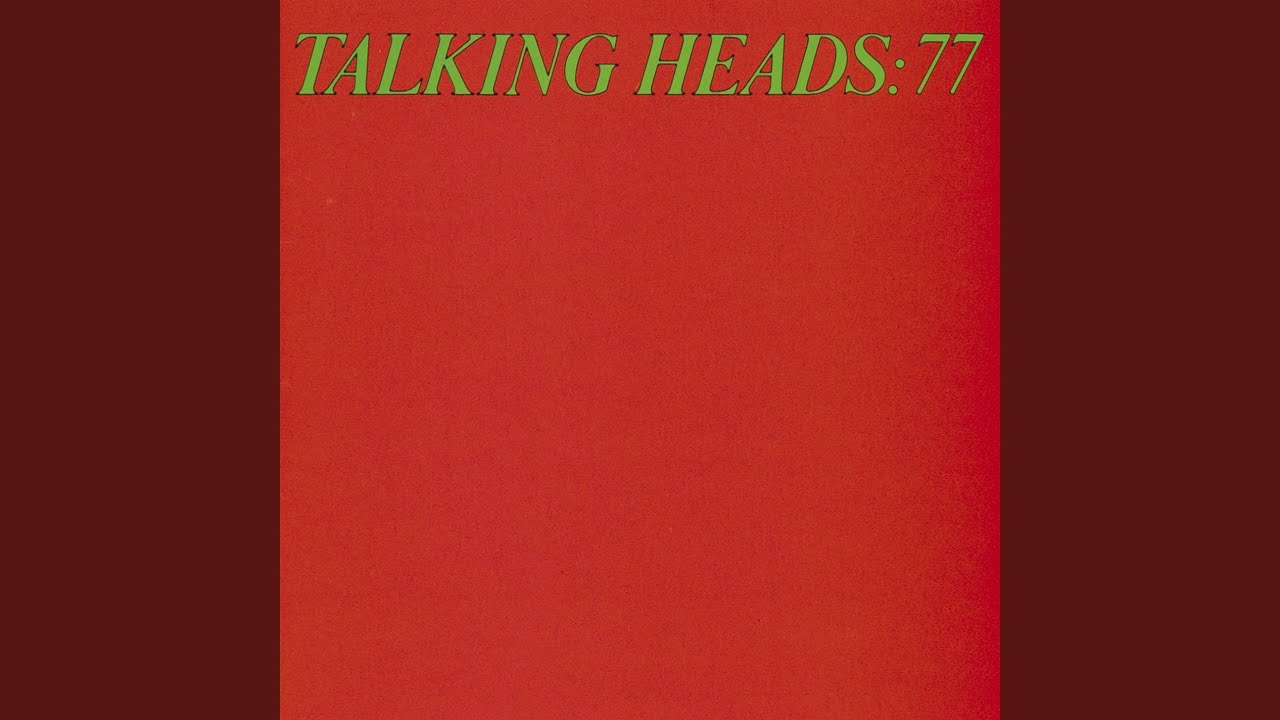 Heaven (Best Song): Can anyone make a logical case for “Psycho Killer” not being the best song here?

Ruby Dear (Forgotten Gems): 77 has its share of overlooked songs, but none really tell the tale of the Talking Heads’ talent more than “Who Is It”, a short and spastic song that really has the band making something special out of nothing at all.

Hey Now (Final Analysis): Talking Heads: 77 is a milestone worth observing in the context of music history, equally as important as other landmark records like Nevermind and Ramones. What holds it back from the plethoric praise those two records enjoy is that it would not take long for the band to fully lap this record, three or four times over. Still, their debut is simply sensational in any context. It introduces a band that’s gifted in sardonic observations and itinerant melodies, fully capable of out-grooving a seasoned R&B band or out-excoriating a rabid punk band. Even at the start, their sound was a moving target that always seemed to dart away just when you thought you had it cornered. So evasive, it made labels like “art rock” and “post-punk” feel shallow, with the only real description being that the name of this sound … is Talking Heads.

Ranking: Every Mastodon Album from Worst to Best

Every Taylor Swift Album, Ranked From Worst to Best

Ranking: Every Talking Heads Album from Worst to Best