A great debut is no small task, especially in a genre as vibrant and progressive as rap. Trends come and go, with today’s hitmakers becoming tomorrow’s gossip fodder. Nowadays, most major labels are too shook to let a new rapper drop an album without proving him or herself with multiple singles and mixtapes.

Still, the proper full-length studio rap album remains the standard by which all rappers are judged. That conservative carryover has everything to do with the caliber of classics that hip-hop has produced in its more than four-decade history. Plenty of rappers have eventually released a good or great album, but it’s even rarer for one to do so out the gate. That’s what this list celebrates, 25 selections spanning generations.

In making this list, we took a hard look at the canon, at the so-called unimpeachable records, and artists that so frequently make and even top these roundups. We adjusted to include pivotal and underrated debuts that are often missed by other publications. The inclusiveness of this list and its rankings may cause some to bristle. Still, when it comes to rap music, there’s never an incentive to play it safe — so instead, we kept it real. 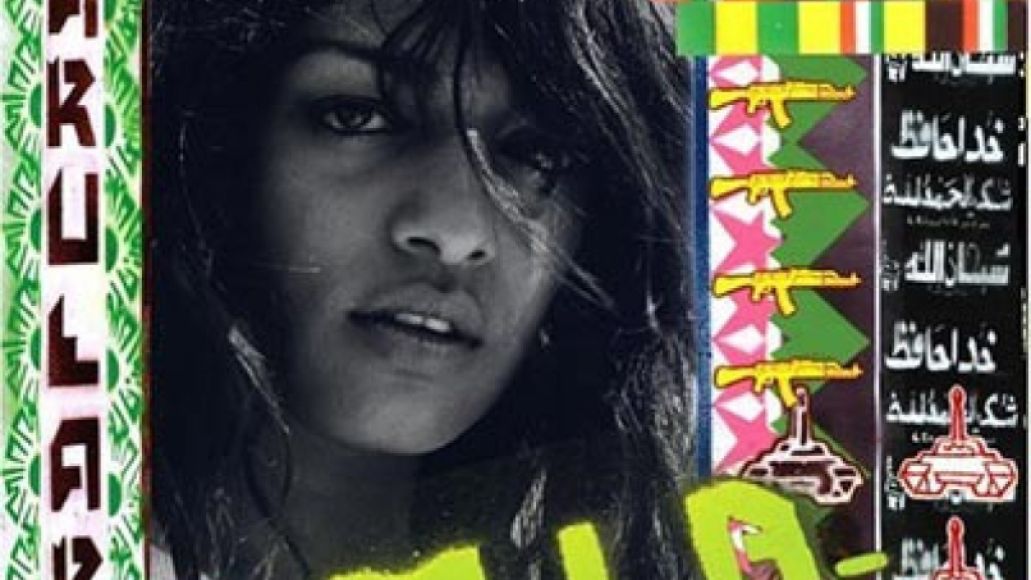 Though she wouldn’t gain global fame until “Paper Planes” arrived on time in 2007 complete with children’s chorus and shooting gallery, 2005’s Arular introduced Maya Arulpragasam aka M.I.A. as an MC to be reckoned with. The British visual artist of Sri Lankan background brought a fiery flow, irresistible dance beats, and an uncompromising penchant for spitting truth to power on bangers like “Sunshowers” and “Galang”, no matter how much controversy she stirred in the process. –Matt Melis 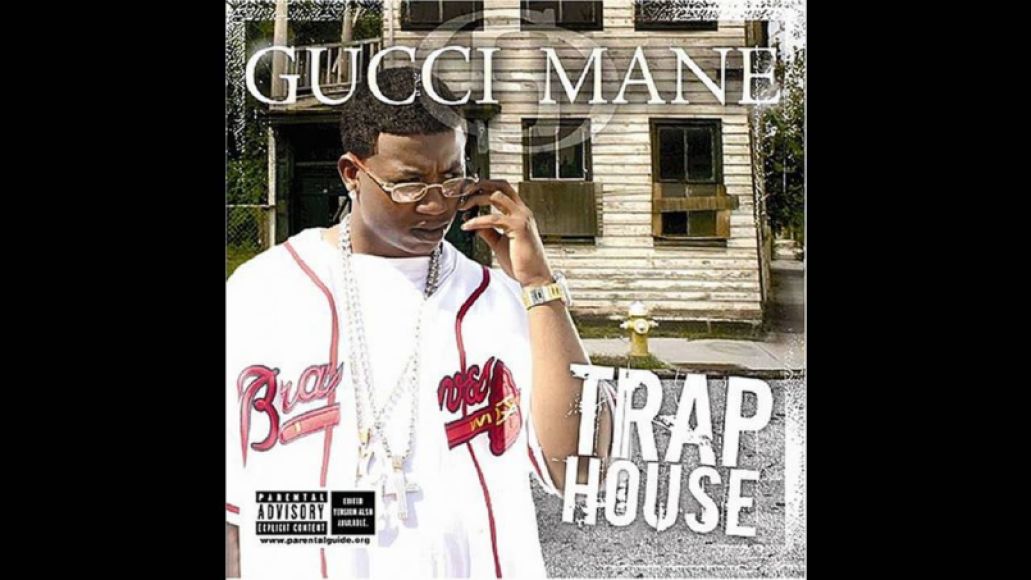 Plain and simple, Gucci Mane is the father of the Atlanta trap music sound that has allowed the likes of Migos, Future, Young Thug, and more to flourish in the national spotlight during the past couple of years. Perhaps the Zone 6 Berry Gordy knew what was coming when he bragged about little kids wanting to be like him when they grow up on his debut single, “Icy”. Whatever the case, Trap House was 10 years ahead of the curve as Gucci demonstrated his ear by helping Zaytoven and Shawty Redd get their start as architects of the sound while showing off deceptively uncomplicated lyrics that allowed his charismatic personality and surprising wit to shine through. –Eddie Fu

Definitive Lyric: “I’m icy, so motherfucking snowed up/ Little kids wanna be like Gucci when they grow up” — from “Icy” 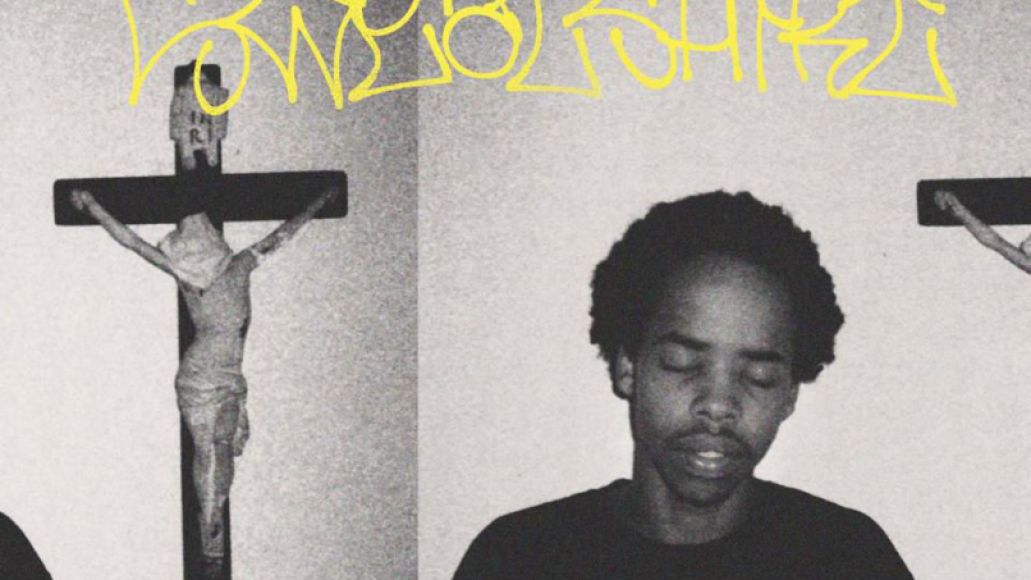 Earl Sweatshirt emerged from forced exile and the “Free Earl” chants floated by Odd Future to release his debut album, Doris, in 2013. Besting his self-titled 2010 mixtape, the project propelled by “Chum” and “Whoa” was an introspective, lo-fi-adjacent snapshot of the angst and genius fueling the prankster rap collective co-founded by Tyler, The Creator. Making good on the hype, Earl’s partially self-produced return ditched hooks and traditional song structure to litter the tape with florid imagery and sharp, nuanced statements on daily life that elevated the troubled kid with good weed and perpetual detention to the role of prophet. –Karas Lamb

Definitive Lyric: “Pen? Naw, probably written with some used syringes/ From out the rubbish bin at your local loony clinic/ Watching movies in a room full of goons he rented. On the hunt for clues, more food, and some floozy women/ Bruising gimmicks with the broom he usually use for Quidditch/ Gooey writtens, scoot ’em to a ditch, chewed and booty scented/ Too pretentious, do pretend like he could lose with spitting/ Steaming tubes of poop and twisted doobies full of euphemism” — from “Whoa” 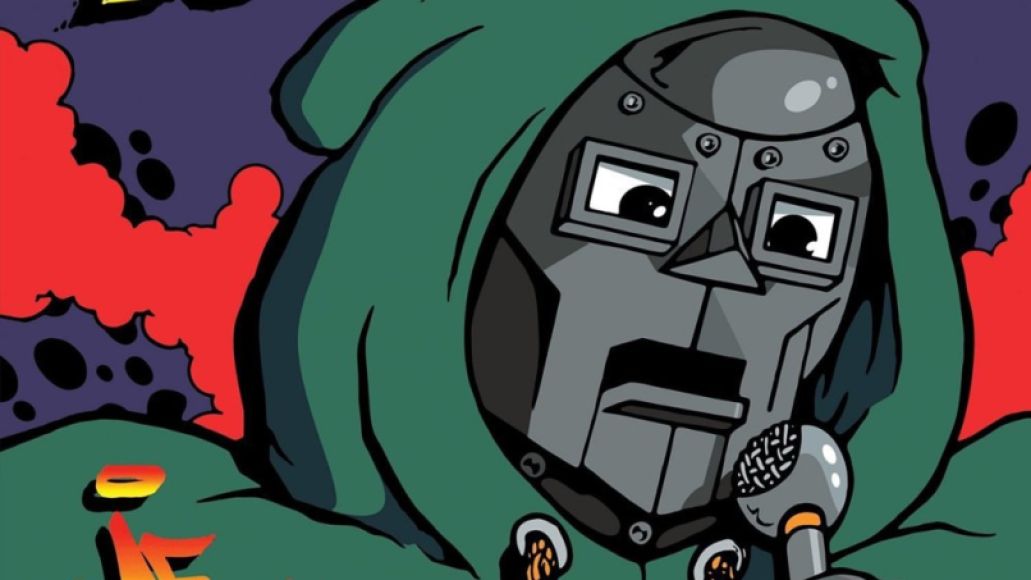 Daniel Dumile’s transformation from KMD rhymer Zev Love X to the villainous wordsmith MF Doom took roughly a decade. Yet even those who appreciate the rapper’s younger self on 1991’s Mr. Hood recognize the progression of mic skills evident on his first solo venture. Almost entirely self-produced, the game-changing indie record rebooted Dumile’s career with overflowing, verbose bars spat over elite crate-digger beats. Doom’s voice was deeper than Zev’s, gnarled by tragedy to an extent that his adoption of a comic book baddie’s persona seemed credible. Operation: Doomsday showcased an abominable mic master, an indomitable emcee to tremble before. –Gary Suarez

Definitive Lyric: “Classical slapstick rappers need Chapstick/ A lot of ’em sound like they in a talent show/ So I give ’em something to remember like the Alamo/ Tally-ho! A high Joker like a Spades game/ Came back from five years laying and stayed the same” — from “Rhymes like Dimes” 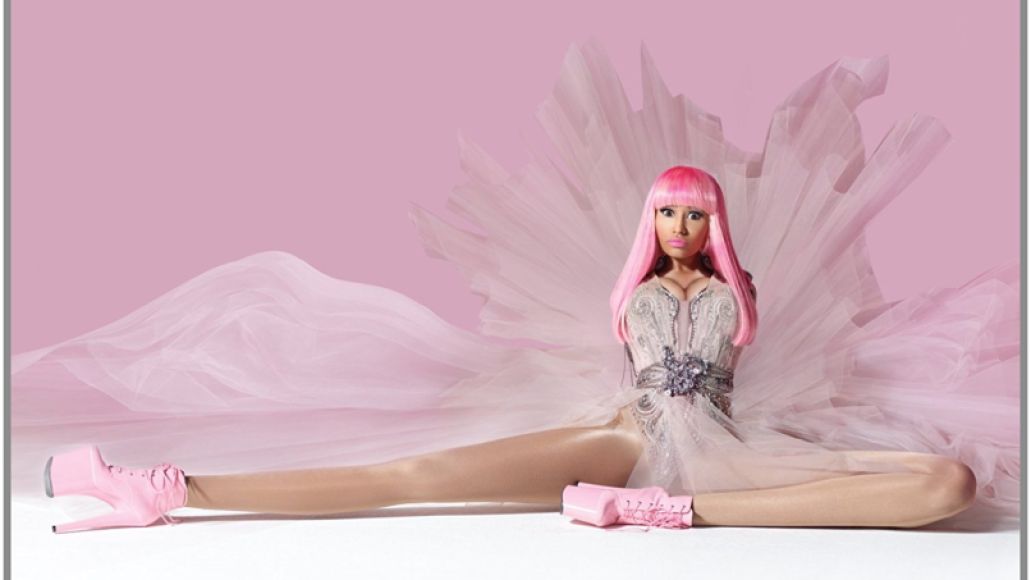 Pink Friday was deemed “too pop” by many critics, but there was tremendous pressure for Nicki Minaj to deliver a commercial hit or risk dooming her career from the start — as well as those of future female MCs. As a result, the Young Money signee had the delicate task of showing she could hang with Eminem on “Roman’s Revenge” while also delivering hit singles like “Moment 4 Life” alongside her labelmate Drake. After making history by becoming the first solo artist to simultaneously have seven songs on the Billboard Hot 100, it’s clear she made the right decision and cleared the path for Cardi B to find her own success several years later. –Eddie Fu 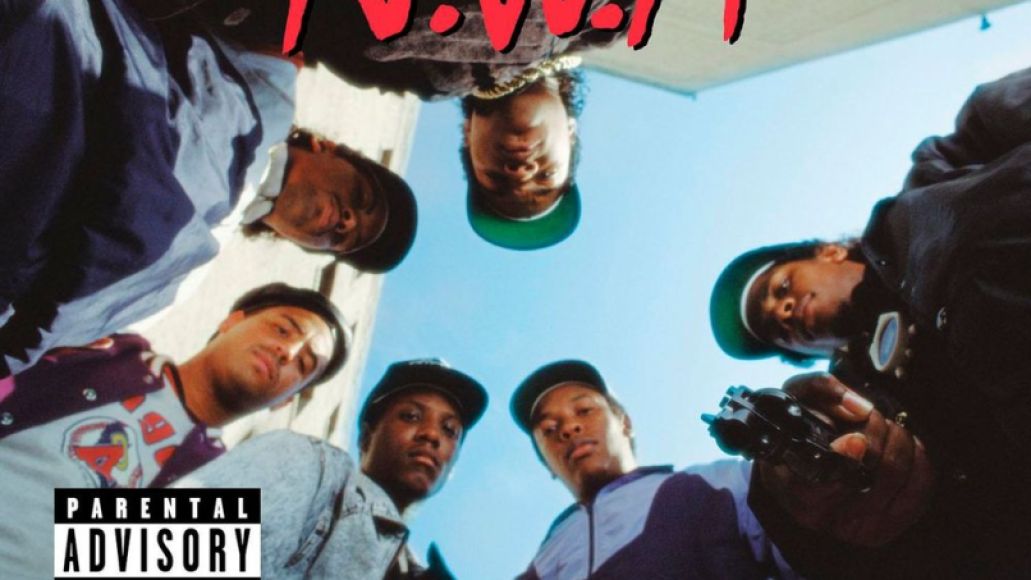 Though Straight Outta Compton starts to wane near its conclusion, that opening gangsta rap salvo of the title cut, “Fuck Tha Police”, and “Gangsta Gangsta” still hits as hard as ever three decades later. From the album cover holding the listener at gunpoint to the record’s no-holds barred depiction of harsh inner city life and brutal police relations in the black community, rarely, if ever, has an album felt more real, angry, and dangerous. Though N.W.A had already begun to fracture by the time Straight Outta Compton had dropped, the album caused enough ruckus to put the rap world, white suburbs, and even the FBI on notice. –Matt Melis

Definitive Lyric: “Fuck the police! Comin’ straight from the underground/ A young nigga got it bad ’cause I’m brown/ And not the other color, so police think/ They have the authority to kill a minority” — from “Fuck Tha Police” 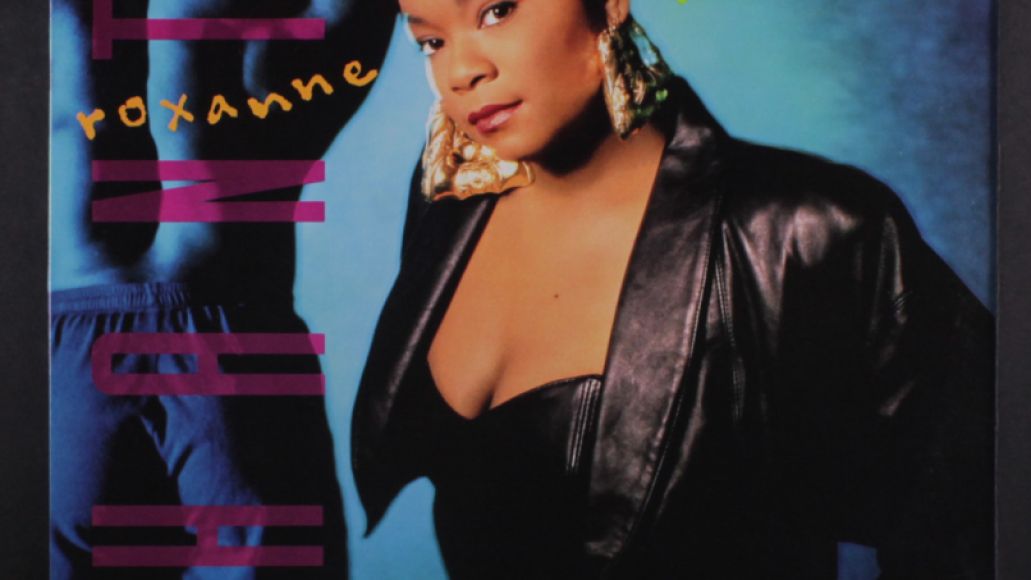 Educated as a teen in Marley Marl and the Queensbridge Juice Crew’s school of rap beefs, Roxanne Shanté had been sharpening her skills in the Roxanne Wars (most notably “Roxanne’s Revenge”) and against legendary MCs like KRS-One for more than half a decade before she laid down her debut, Bad Sister, at the not-so-tender age of 20. The result is a 14-track masterclass that leaves no doubt that Shanté is, well, one bad sister, who can dish it out better than almost anyone else. Though she all but retired by age 25, Shanté remains a rap battle legend, a mentor for generations of female MCs, and an early advocate in rap for female empowerment. –Matt Melis

Definitive Lyric: “Some people call me Shanie, some people call me Rox/ And those who try to diss I just knocks them out the box/ ‘Cause I’m Shanti and why’all know the routine/ And here we go again, so all hail the queen” — from “Have a Nice Day” 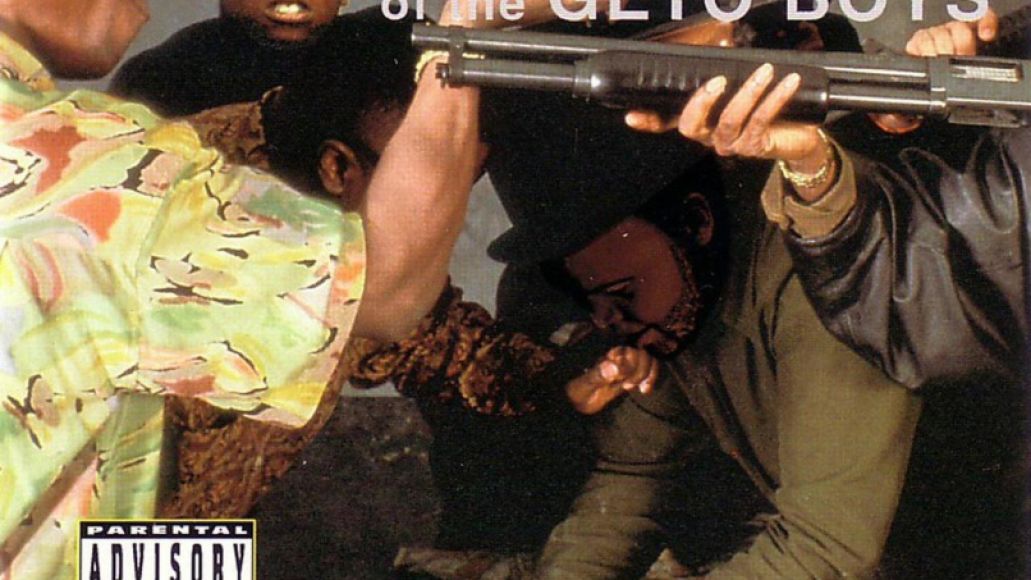 Scarface is often overlooked in the discussion of the best MCs of all time, despite his equal skill for writing confessional songs about mental illness and vivid street tales of drug dealing and violence. The Houston rapper puts that versatility to full use on Mr. Scarface Is Back, unearthing his inner demons on “Diary of a Madman”, matter-of-factly stating his gangster bona fides on “Mr. Scarface”, and unfurling a story of revenge on “A Minute to Pray and a Second to Die”. Based on his work with Geto Boys and solo debut alone, Brad Jordan belongs with The Notorious B.I.G., 2Pac, Ice Cube, JAY-Z, and Raekwon as one of the most influential gangsta rappers of all time. –Eddie Fu

Definitive Lyric: “Dear diary, today I hit a nigga with the torch/ Shot him on his face and watched him die on his front porch” — from “Diary of a Madman” 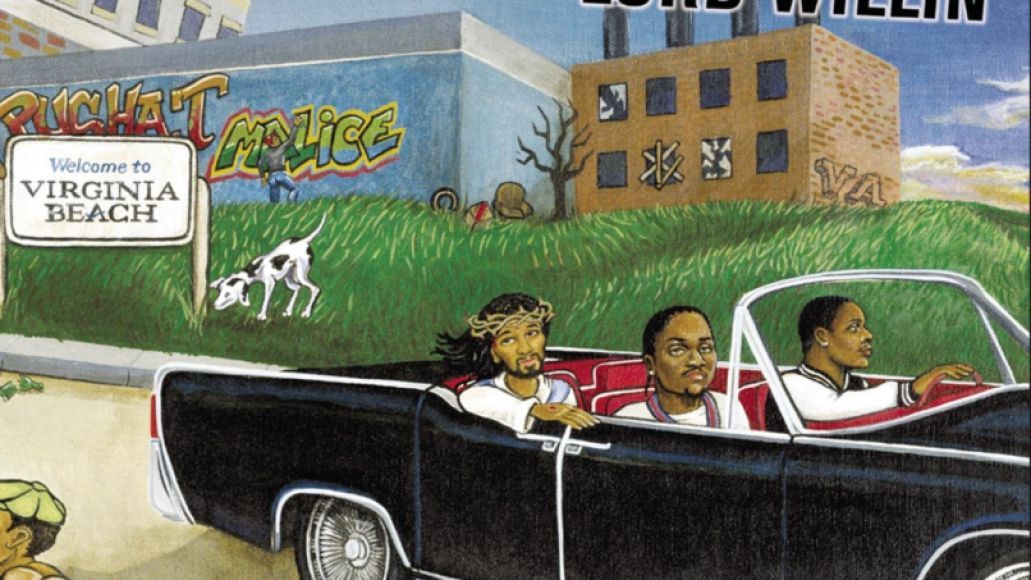 Brothers Pusha T and No Malice made their debut with the poly-rhythmic street opus Lord Willin’ in 2002. The project followed their triumphant death march “The Funeral”, which flopped and shelved their original debut, Exclusive Audio Footage. Produced by The Neptunes, Lord Willin’ highlighted their rudiment and synth-dominant, post-New Jack Swing sound, which paired drum line cadences with heavy bass and quirky, futuristic melodies on singles like “Grindin” and “When the Last Time”. The rappers’ easy banter, throaty ad-libs, and Virginia Beach folklore rounded out the mix, priming all parties for success both on the pop charts and in the streets. –Karas Lamb

Definitive Lyric: “Only big boys keep deuces on the ride/ Gucci Chuck Taylor with the dragon on the side/ Man, I make a buck, why scram?/ I’m trying to show y’all who the fuck I am/ The jewels is flirting, be damned if I’m hurting/ Legend in two games like I’m Pee Wee Kirkland.” — from “Grindin'” 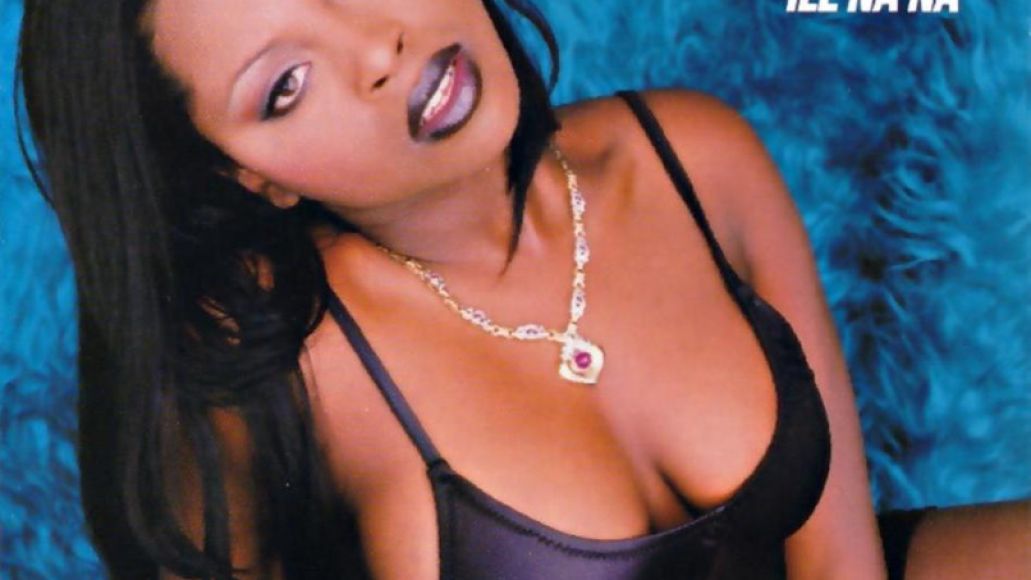 Foxy Brown was just a teenager when recording her debut album, but her confident delivery and husky voice made it apparent why there was a bidding war for her signing. In addition to being adept at producing radio singles like “Get Me Home” and Mafioso rap tracks like “Letter to the Firm”, Foxy also had the charisma not to be outshined by Method Man. Ill Na Na will always be judged against Lil’ Kim’s Hard Core for many reasons, but the album deserves to be recognized for its own merits. –Eddie Fu

Definitive Lyric: “Yo Na Na so Ill, first week out/ Shipped a half a mil, niggas freaked out/ She’s all about sex, pard-on, check your facts” — from “Ill Na Na”