Origins is a recurring new music feature that offers artists an opportunity to reveal the inspiration for their latest work.

For more than 10 years now, Meric Long has served as one half of The Dodos, the indie rock outfit known for records like 2008’s Visiter and 2009’s Time to Die. However, after a string of changes in his personal life — the passing of his father, the birth of his first child — Long decided to take some time away from the band in order to recharge and re-prioritize things.

As with any true artist, the itch to get back to music eventually crept up on him, so Long formed a new project of his own called FAN. He introduced himself to the world last fall via a 7-inch single, and now he’s prepping to release FAN’s proper full-length debut. It’s called Barton’s Den and is expected on shelves May 4th through Polyvinyl.

The forthcoming collection spans 10 tracks and was recorded in various locales, including a cottage in the woods in Galicia, Spain, a Portland basement during a blizzard, and a soundproofed Oakland garage, aka “Barton’s Den.” His father’s memory was present throughout the sessions as Long recorded using two synthesizers he inherited from his dad: a Yamaha AX60 and Realistic Concertmate MG-1. Using these passed down instruments way for Long to find some comfort.

“I’ve had a lot of regret about not overcoming the space that existed between us,” Long tells Consequence of Sound. “I would have liked to get to know him more. I think working with the synths he passed on was a way to continue the conversation.”

As our first teaser of Barton’s Den, Long has shared the opening song, “Bob1”. A bit of an homage to Brian Eno’s earlier solo material, it sees Long — known for his exceptional guitar skills in The Dodos — settling in comfortably with his synths and looking ahead to the future. “By now, I can never look, I can never look back,” he tells himself over determined, marching drums. Hear it below.

For this installment of Origins, Long takes us through how his father’s boots, Devo, and a Chinese delicacy had an impact on his new material. Pre-order Barton’s Den here. 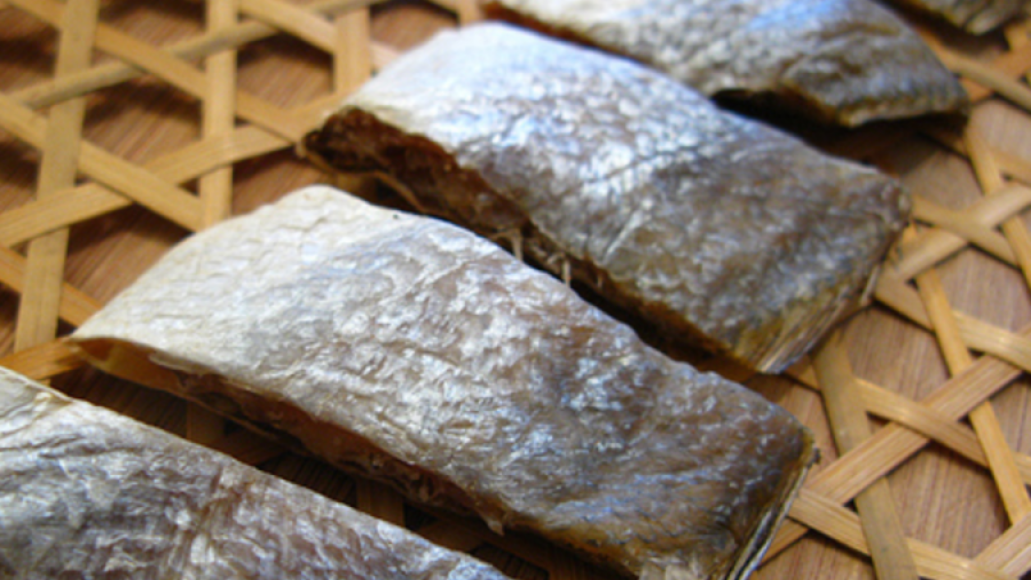 Salty Fish is something I ate growing up as a Chinese kid that’s pretty foul. It smells terrible and it tastes exactly how it sounds, unbearably salty and of rotten fish, but because it’s something so uniquely familiar to me, I love it. When I was putting this record together and in particular this song, I wanted to have song structures that never repeated themselves, so you would just bounce from one section to the next without ever going back. I know it’s a thing among chefs that if you want to create something that may be challenging or strange to your diners you need to give them familiar reference points. I thought the best way to string the listener (or myself) along for the ride of the song was to have bits of familiarity strung throughout, particularly in the tone of various guitar parts. It’s sort of an excuse to just rip off other guitar tones but even for myself it gives my ears something familiar to grasp on to, so that it doesn’t just feel like an aimless ramble. 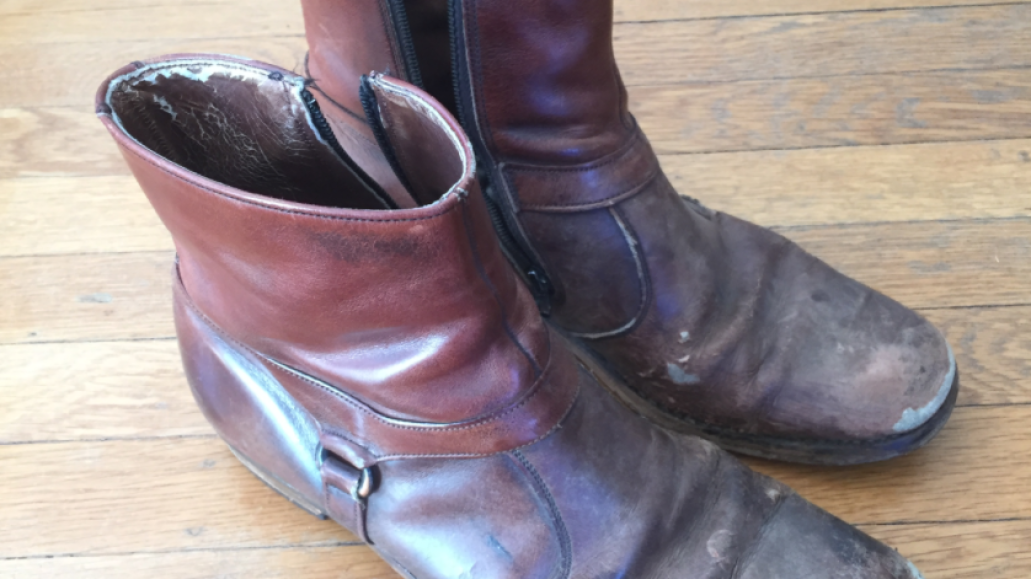 When it came time to finalize some words to the vocal melody I was looking around the room for inspiration and looked down at the boots I was wearing which were my dad’s. Lyrically the song is about becoming a father, but not exactly my father. There’s the line, “I can’t behold the shoes I’m walking in, I hope they don’t fit,” which kind of sums up where I was at the time, a bit overwhelmed but hopeful at the prospect of being a different kind of parent.

I go through my day with variations of Devo songs in my head all the time, and the opening of this song, kinda crossed with the opening of “Freedom of Choice”, was the inspiration for the first version of the song. Both of those Devo songs are in 4/4, but while trying to replicate something similar to the synth bass line on my MS20 I just started hearing it in 7/4 and from there it went in another direction. 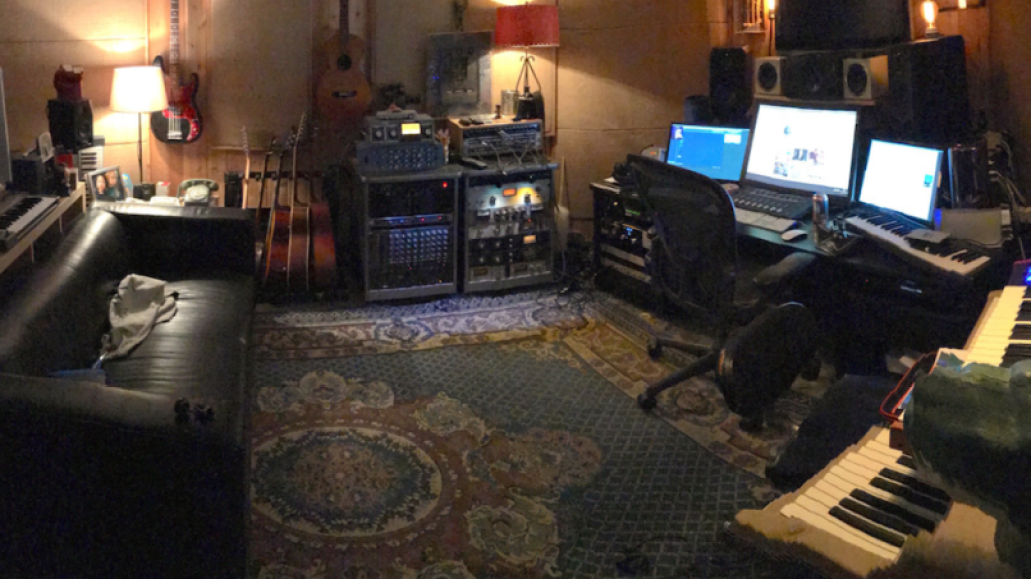 This is where the song came together instead of just being a bunch of unrelated parts. Portland had one of it’s biggest snow storms that season and we were trapped at the house for three days. We had things set up in a way where we were recording and mixing remotely, but just happened to be next door to each other, sort of like a tech incubator. I was trying to bridge the last third of the song to the rest of the song but was having trouble figuring out how to do that and all I could hear coming from the next room where John was working was this incredible bass, it sounded like he was having a rave all by himself. That’s when I figured some sort of bass drop could be the glue.

Everything But the Girl –“Missing” (Todd Terry Mix):

I don’t remember where or when it was that I heard this song, but it came on at some point in the last ten years after not hearing it in forever, and I was like, “Woah, that is a place I wanna spend time in.” I have an unreasonable resistance to making straight up dance music especially when using beat sequencers and synths, but I wanted to see if I could get the song to go to that place without really outwardly stating it, so that by the time you’re in the last third of the song you’re like, “How did we get to the club?” 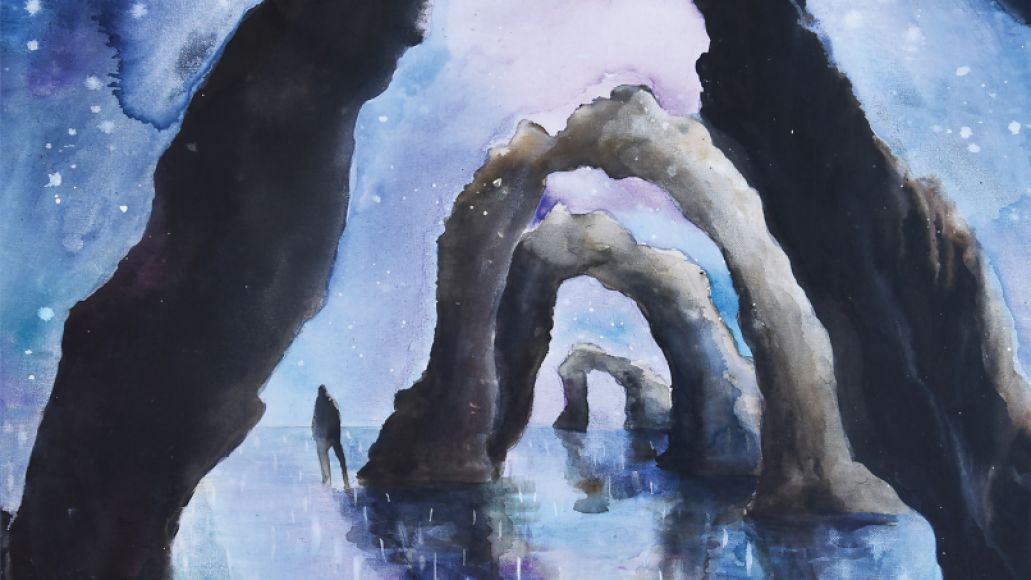