We already know how The Americans ends. One of the most thoughtful, unsettling shows in television history returned for its final season last night, beginning its sprint toward a conclusion that’s always been out there, just waiting: The Soviet Union loses the Cold War. It ceases to exist, becoming 15 independent states. What will become of the Jennings family remains a mystery — though the odds of a happy ending for them are mighty slim — but we know, with absolute certainty, that the mission that brought them to Virginia will end in failure. History makes that particular outcome inevitable, like a car crash played in slow motion. We don’t wonder about what might happen; we dread what we know must come.

Dread’s a powerful thing. It’s at work in every season of The Americans, but never as strongly as it is this season (three episodes of which were released to critics early). It’s also at work in AMC’s excellent new series The Terror, which premiered with back-to-back episodes this week. The series opens with a title card telling us exactly how the series will end: in death, for each and every crewman aboard the two ships on which the series centers. There’s no attempt to soften that fact, and what we’re left with, again, is undiluted foreboding. 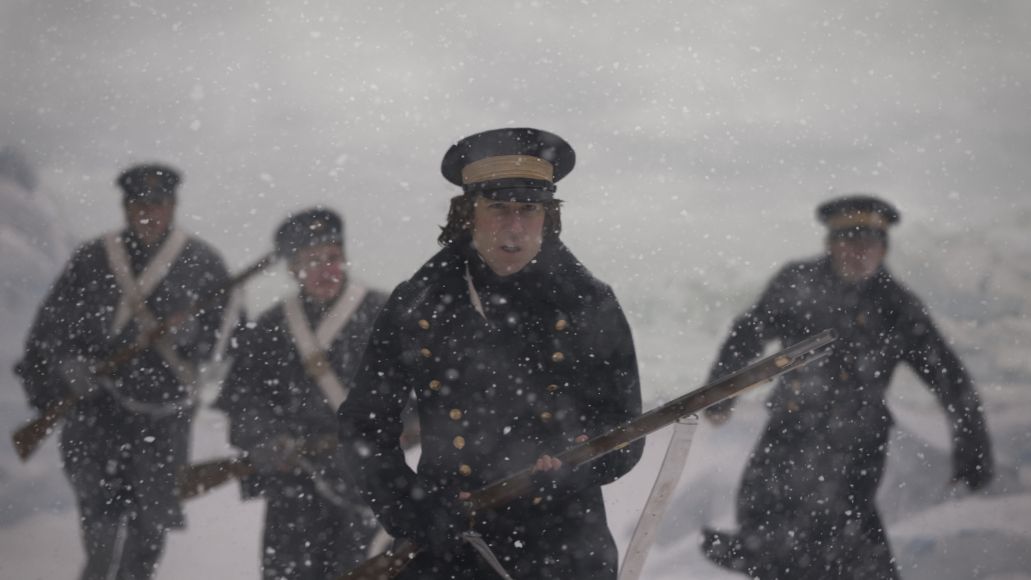 Like The Americans, The Terror is a work of fiction based, at least in part, in global history, but while the Jennings family and those that surround them were invented by creator (and former CIA officer) Joe Weisberg, the officers and sailors of AMC’s series spring directly from the historical record. The source material is the Dan Simmons historical horror novel of the same name, which imagines the fates of the HMS Erebus and HMS Terror, two ships which set sail for the Arctic in 1845 and never returned. RogerEbert.com’s Brian Tallerico described The Terror as “Master and Commander meets The Thing,” and it’s as apt a description as one could hope for. A top-tier cast (Jared Harris, Tobias Menzies, Ciarán Hinds, and Ian Hart, to name a few) navigate a landscape so hostile that one character describes it as actively wanting them dead. That threats of an otherworldly nature emerge into that landscape is just more bad news.

Both shows play with genres — The Americans, spy stories/thrillers; The Terror, survival stories/horror — in which fear plays a vital role. Threats internal and external are baked into their formulas, so all that anxiety and unsettlement are familiar, even comfortable. Consider the first of many incredible musical moments The Americans has graced us with, when Fleetwood Mac’s “Tusk” soundtracks a mission gone wrong. The show sends us careening from an alley, to another alley, to a car, to another alley and on and on and on, with blood everywhere and plenty of squealing tires. Philip’s lightning-quick license-plate change is a pure popcorn moment; Elizabeth’s repeated pummeling of their target hits that macabre sweet spot. There’s a similar kind of base enjoyment in The Terror’s early scares, from a horrifying figure at the foot of a young man’s deathbed to a corpse floating spread-eagled through the icy ocean toward a defenseless diver. Good, old-fashioned jolts of adrenaline are always welcome. 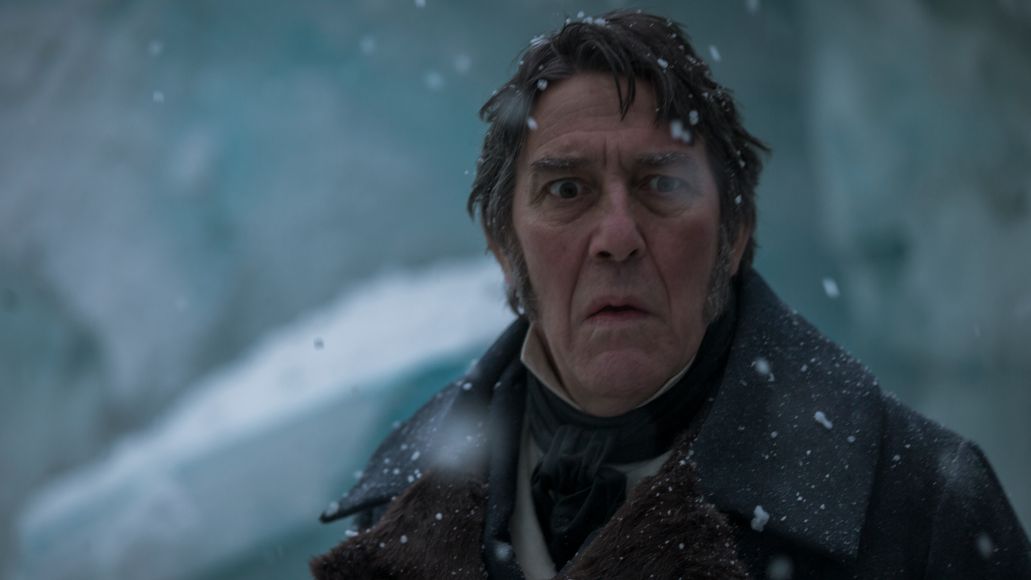 There’s something going on with both The Terror and The Americans that goes beyond the trappings of genre, however. Because both shows ask big, complicated questions about human nature and relationships, that familiar dread also becomes more existential. Yes, we fear the beast in the snow and the man gliding through the water, but The Terror is equally, if not more, interested in the nightmares of our own making. Hubris. Self-deception. Paranoia. A man dies because another is terrified. A chance at safety is lost because a grim prediction is seen as histrionic, rather than bleakly sensible. The Terror may take its name from one of the two ships it follows, but it’s apt in more ways than one. It’s not fair to say that the only thing they have to fear is fear itself, but to be afraid of fear is damned sensible.

If what fills The Terror with dread is the damage men may do to themselves and each other, then the dread we feel in The Americans springs from damage inflicted long ago. Joe Weisberg and Joel Fields’ series has always been about a marriage and a family. When we see Elizabeth (Keri Russell) smoking alone on the patio, it’s easy to see that for what it is: a symptom of something that’s gone terribly wrong, something that perhaps can’t be fixed. When we watch Philip (Matthew Rhys) attempt to smile and fail, it’s clear what a problem that is. And the mere sight of Paige (Holly Taylor) waiting and watching from a car, as her mother has done countless times, is every bit as upsetting, if not more so, than the brutal violence into which The Americans sometimes descends. 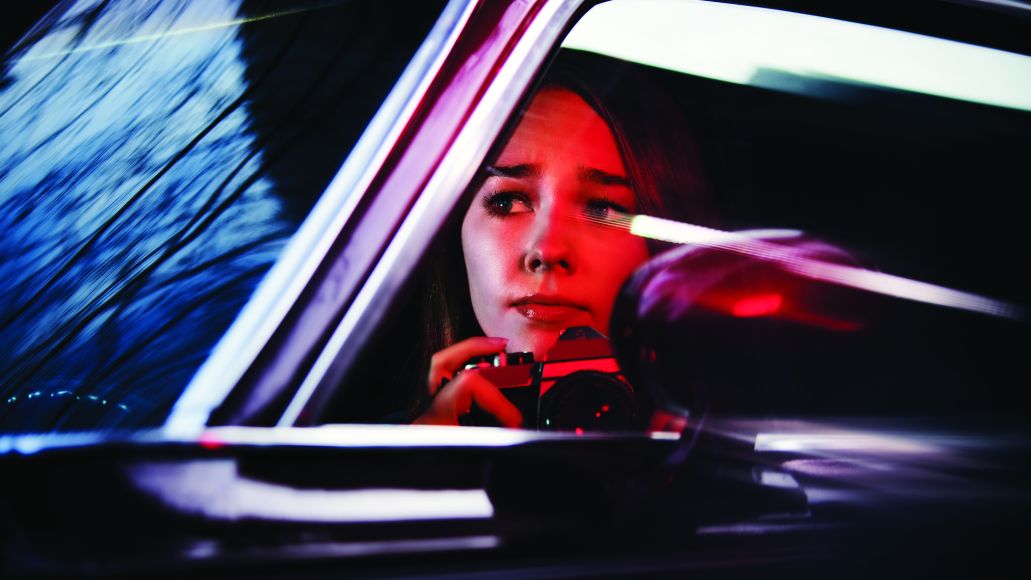 The dread of certainty, of a known bad end, can’t top the dread that comes from seeing Elizabeth smoke or watching James Fitzjames (Menzies) casually dismiss a life-threatening reality as “dramatic.” That dread comes from what one knows of human nature. But the knowledge that nothing can end well guarantees that even when these shows stumble into a moment of hope, those moments cannot help but be corrupted. When Elizabeth and Philip decide to call it quits at the end of season five of The Americans, it stings, because the question is not whether or not they’ll get out. The question is what will stop them, because there’s no way that a show that ends in the dissolution of the Soviet Union will find its way to a happy ending for the spies at its center. When The Terror sends men off to find a way out of the ice, we know they will not find one.

Great stories don’t require an ending you can’t see coming. A good twist can be fun, but it’s far from essential. These two series — one nearing its end, the other just beginning — demonstrate how powerful a pre-ordained conclusion can be. When we’re not asked to wonder what’s going to happen next, we’re left plenty of room to consider other things. We’re asked to think instead about the whys and hows, the bigger, messier questions that make great stories so potent. When The Americans reaches its end, we’ll have six seasons’ worth of hows and whys to consider, and the only dread with which we’ll have to contend is the dread of an Americans-free existence.

The Ending Is Already Written: The Americans, The Terror, and the Power of Dread