It’s no secret that Hollywood has become an industry of reboots, rehashes, and revisits.

In a town depressingly bereft of fresh ideas and increasingly adverse to risk, the sequel, and ultimately the franchise, has become the smart bet. Broken Lizard’s new joint, Super Troopers 2, may not fit the big-studio mold with its indie budget and crowd-sourcing background, but it still faces the same challenge as any sequel: familiarity tends to put cans in seats, but it doesn’t always make for the greatest movies.

In fact, judging by the difficulty we had in finding 10 films we all agreed should be on this list, the comedy sequel (especially a pure comedy that skips the heartstring tugging) might be the hardest genre in which to catch lightning in a liter of cola twice. A long hiatus doesn’t historically bode well either (**cough** Dumb and Dumber To), even in our nostalgia-ravenous times.

That being said, here’s hoping our favorite syrup-chugging coppers can defy the odds, years, and diabetes to bring us another one of the few, the proud, the comedy sequels that got it right. Move along, meow. 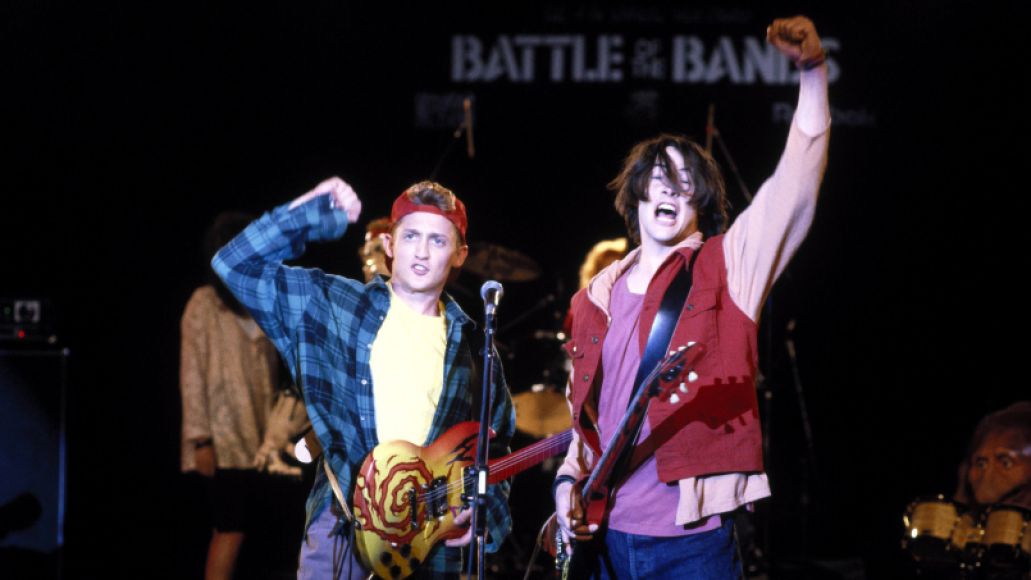 Conventional wisdom suggests that you can only beat the box office once by sending a pair of slackers on a time-traveling kidnapping spree in order to pass a history report. So, what did Bill and Ted creators Chris Matheson and Ed Solomon do to follow up — and some would argue one-up — their original long-shot comedy smash? They joyfully cranked the dial from absurd to WTF.

While Bill & Ted’s Excellent Adventure challenges its dimwitted duo to crack the books (via telephone booth), date gorgeous 15th century princesses, and commit to band practice for the betterment of the universe, Bogus Journey pits its heroes against no less than Death, Satan, and Joss Ackland in order to preserve the future utopian society their music has brought into being.

All of which sets the stage for inspired silliness like a trip to our heroes’ own personalized Hells (“Dude, we totally got lied to by our album covers.”) and a brilliant Seventh Seal send-up that hilariously reminds us that everyone must eventually play the reaper — sometimes best of seven. The only question is where can the promised third installment possibly go from WTF? Station.

Best of the New Batch: William Sadler as Death quickly goes from Melvin’d adversary to rockin’ ally — not to mention Wyld Stallyns bassist — and can be found creeping nearby most of the film’s best gags. 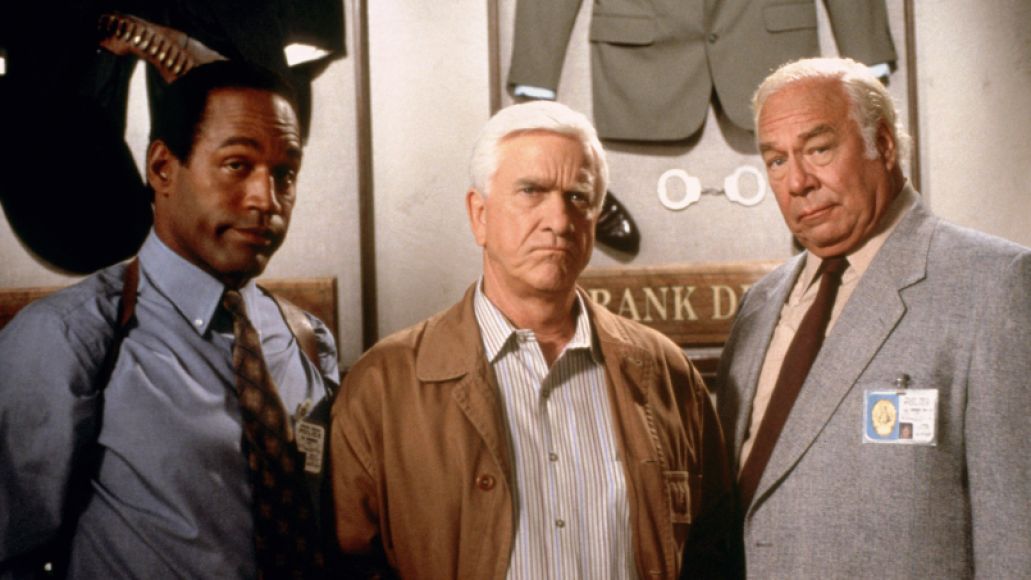 The title alone tells you that few understand sequels, spoofs, and general silliness better than Zucker, Abrahams, and Zucker, the guilty parties behind Naked Gun 2 1/2: The Smell of Fear.

After saving the Queen of England from being assassinated by Reggie Jackson (yeah, you read that right), Lieutenant Frank Drebin (Leslie Nielsen) and the Police Squad! gang return to stop Robert Goulet (well, Quentin Hapsburg) from a kidnapping bent on enriching big oil and “beautiful, clean” coal companies.

It’s a plot just thin enough to allow Nielsen another chance to brilliantly bumble and tough-talk his way through danger, Nordberg (O.J. Simpson) to venture through another fun house of pain, and the writers to insert their leading man and lady (Priscilla Presley) into a series of hilarious parodies, from the classic Psycho shower slaying to the sexy vase-sculpting scene from Ghost.

It’s a gag-a-second throwback to a time when men were men, women were often men themselves (see the third installment), and sharp writing and great physical comedy proved that dumb could be the smartest thing going.

Best of the New Batch: You can’t have a great caper without a criminal, and Goulet’s dastardly slime ball, Hapsburg, is just the type of white-collar crook that Frank likes to put a hurting on. I mean, not the kind of hurt you feel from jumping on a bicycle with the seat missing, but still. 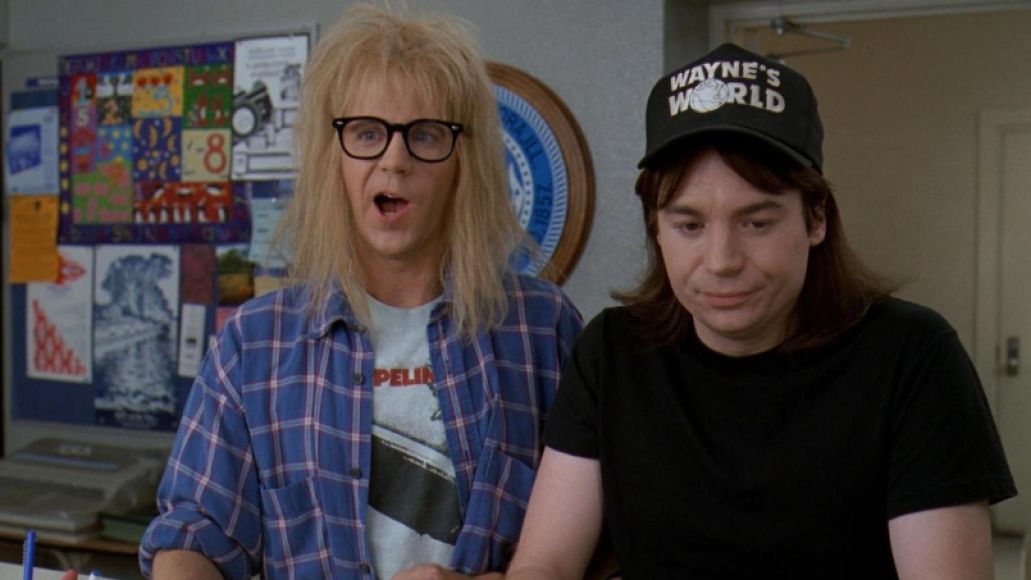 The sequel to Wayne’s World never should have worked. Penelope Spheeris wasn’t invited back. The initial idea of having Wayne and Garth forming their own country a la 1949’s Passport to Pimlico was scrapped last minute due to legal mumbo jumbo. And, well, it’s a comedy sequel to a movie that had no reason to be so great and iconic.

But, it came and saw and hurled again, sending our two public access hosts on a rock and roll journey through pop culture … with Christopher Walken on their tail. Unlike the original, the sequel feels a little more anarchic, relying less on narrative and capitalizing on homages and visual gags. The fact that the entire ending is one incredibly long riff on The Graduate speaks to this notion.

At times, you can almost see Mike Myers or Dana Carvey making the shit up on the spot — you know, kind of like that Waynestock bit which tips off the film’s narrative — and that’s the beauty of the movie. It’s so self aware and so meta, but it’s never showy about it. Instead, Wayne’s World 2 leans back on the couch and lets the chaotic party unfold one gag at a time. Game on.

The Best of the New Batch: Ralph Brown’s Del Preston is a marvel. His story about the sweet shoppe and “that great big Bengal tiger” — his only story, really — is one of the funniest recurring gags in the short-lived franchise. 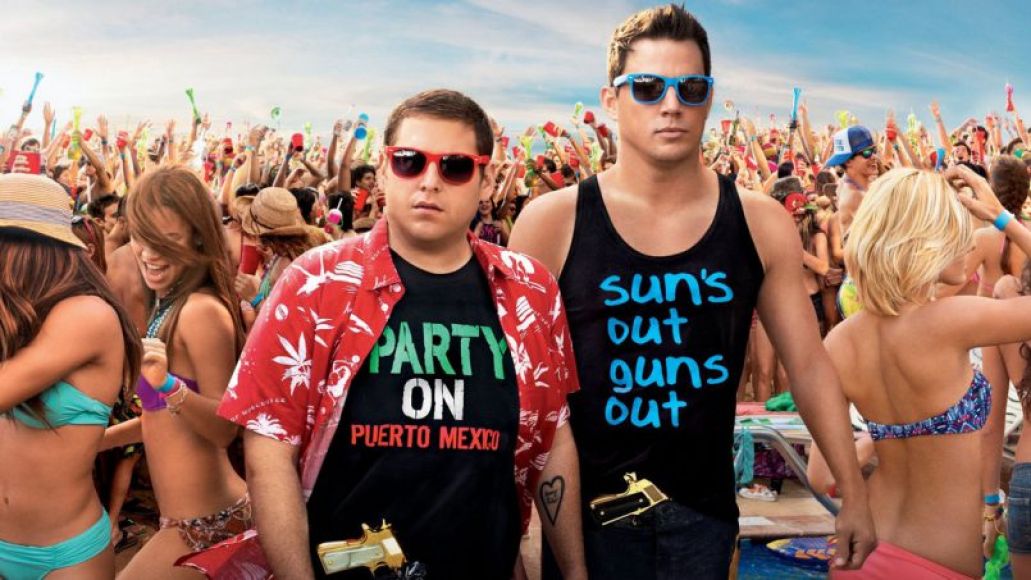 When 21 Jump Street surprised everyone by turning out to be not just good, but great, pressure mounted for Phil Lord and Christopher Miller to match that effortless comic timing and breathless series of meta-jokes about adapting a creaky, decades-old show to the screen.

Then along came 22 Jump Street, which surprised us again, peppering in plenty of well-delivered jabs at everything from college movies to action movie sequels, shaking up the formula while maintaining Jonah Hill and Channing Tatum’s beautiful bromance.

The whole thing’s great, and infinitely rewatchable, but it belongs on this list alone for the incredible post-credits montage of the endless sequels – 35 Jump Street: Traffic School, Jump Street Generations – Hollywood would insist upon them.

Both movies feel like magic in a bottle, but it’s 22 Jump Street that solidified Lord and Miller’s comic chops as more than a fluke.

Best of the New Batch: It’s great to see a pre-American Vandal Jimmy Tatro, but the award has to go to Wyatt Russell (son of Kurt) as the sensitive jock Zook, and his wonderfully meta ‘meat q-tip’ with C-Tates. 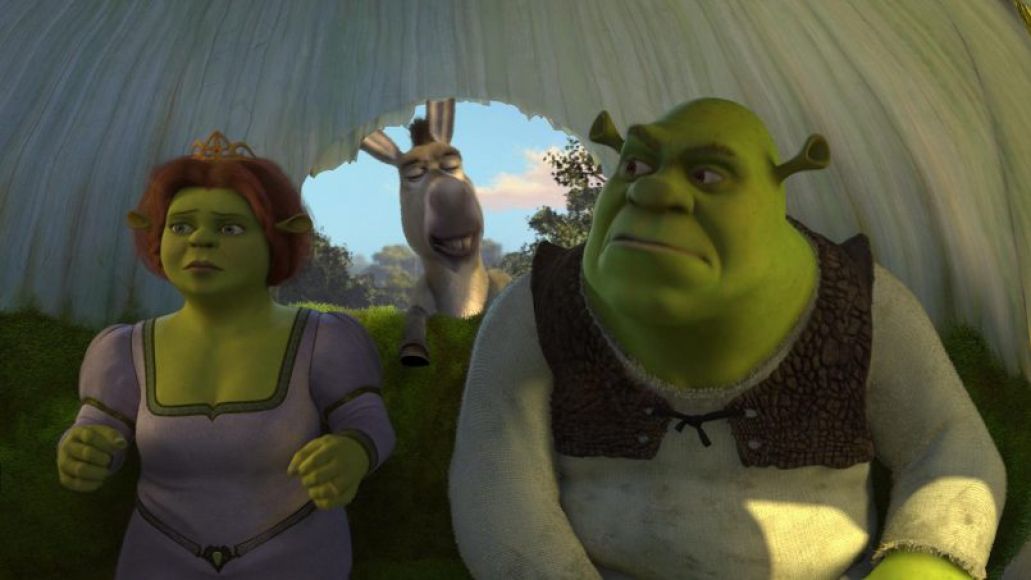 Shrek charmed audiences worldwide by shining a modern light on classic fairy tales and finding silliness and humor (for both children and adults) in stories many of us have known by heart since we were wee ones.

The sequel largely doubles down on that formula — carving out an original tale in a world populated by the fairy tale characters we know so well — by casting Prince Charming as the other man, Fiona’s Fairy Godmother as more of a Godfather type (she’ll make you a potion you can’t refuse), and Shrek’s father-in-law, King Harold (John Cleese!), as a sire with a secret.

If the original’s happily-ever-after tale taught us that true beauty is on the inside, then this fairy follow-up finds Shrek, Fiona, and even Donkey learning that happily ever after lasts, well, ever after, and there’ll always be some bumps along the way.

It all makes for more high adventure, hilarious hijinks, and plenty of playful satire as the trio make the journey to the materialistic, image-obsessed kingdom of Hollywo… um, Far, Far Away and foil the thuggish Godmother’s plot with the help of some new friends.

Best of the New Batch: While much of the film hinge’s on the hubris of Cleese’s king, nobody knows how to make an entrance into a franchise quite like Antonio Banderas as Puss in Boots … cough, cough … hairball. Nasty.

10 Comedy Sequels That Got It Right