On April 27th, a decade of cinema comes to a head. Avengers: Infinity War and its 2019 sequel will bring an end to the single most astonishing, unprecedented, and lucrative multi-production film experiment ever to take the mainstream. Disney and Marvel changed movies, simple as that. So once Thanos is done crushing skulls and the intergalactic Avengers find a way to rip the Infinity Gauntlet from his giant, purple hand, what’s next? How will the studios operate in the new world they’ve created?

Make no mistake, it’s still going to be Marvel’s world; everyone else missed their chance to emulate it. DC Films and Warner Bros. have essentially abandoned the single connected universe concept with their plans for multiple Joker and Harley Quinn movies, the Ben Affleck-less Batman solo adventure, and numerous other projects turning a blind eye to the Justice League fiasco. No one else is even close to what Marvel accomplished.

That’s not to say it’s purely a quality issue. Audiences and filmmakers alike are fatigued at the idea of investing in another protracted series — just look at the fate of Ghostbusters, Universal Monsters, and Hasbro. It would be a pure shock if Sony’s Spider-Man-less Spiderverse survived past two films. Valiant may have the best shot, as their stable of characters and storytelling approach is disparate enough from other comic universes that it could still feel fresh. But like Netflix and streaming movies, Marvel got there first and did it best; competitors are better off trying something novel and leaving interconnected, multi-franchise filmmaking to the professionals.

Pro though they are, Marvel gave themselves one tough act to follow. Kevin Feige and his team are unequivocally geniuses at this game they’ve created, but can they keep it up for another phase? Ten years in, their best bet at sustained success might be to change the rules. The first emendation is almost guaranteed to be depicted in Infinity War and its follow-up: a major shake up of the Big Three.

Iron Man, Captain America, and Thor have been the primary characters over the first three MCU Phases, each getting three standalone features in addition to numerous crossovers. Fans are already bracing for one of these heroes to die somewhere between the next two Avengers films, and even money is on Cap. Chris Evans has made it clear he’ll be happy to retire the stars and stripes after Avengers 4.

While there’s always the chance a new contract could change his mind, the stage is set for a successor. In the books, both Falcon and Winter Soldier have taken up Cap’s mantle, and frankly either Anthony Mackie or Sebastian Stan could do the shield proud. Mackie might be the more charismatic fit — and putting a black actor in the Captain America uniform would be a Black Panther-level move — but Stan’s character has been better groomed for the role. Whoever it ends up being, Cap will no longer be a centerpiece character.

Nor will Iron Man. Even if Thanos doesn’t pop him open like a can of tuna, Tony Stark has had the MCU limelight long enough. Robert Downey Jr. has been willing to renegotiate appearances in more films, so there’s always the possibility he’d do so again. Expecting an Iron Man 4 might be pushing it, though, but it could be nice to see Stark take on a role similar to Samuel L. Jackson’s Nick Fury through the first two MCU Phases; he already proved he can play a mean second fiddle in Spider-Man: Homecoming.

That leaves Thor, the one “major” solo Avenger Marvel should do everything in their power to keep around. Thor: Ragnarok completely revitalized the character, and it would be silly not let Taika Waititi get another crack at him. More importantly, Thor operates between the worlds of magic, space, and interdimensional avenging. Feige and filmmakers like Guardians of the Galaxy mastermind James Gunn have hinted that what’s next will be completely different from what came before, and you can bet that will heavily involve mysticism and outer space. GotG barely scratched the surface of Marvel’s cosmic potential while Doctor Strange and Ant-Man opened literal doorways to other dimensions. Keeping a pre-established heavy-hitter like Thor around to bridge the gaps would make sense. 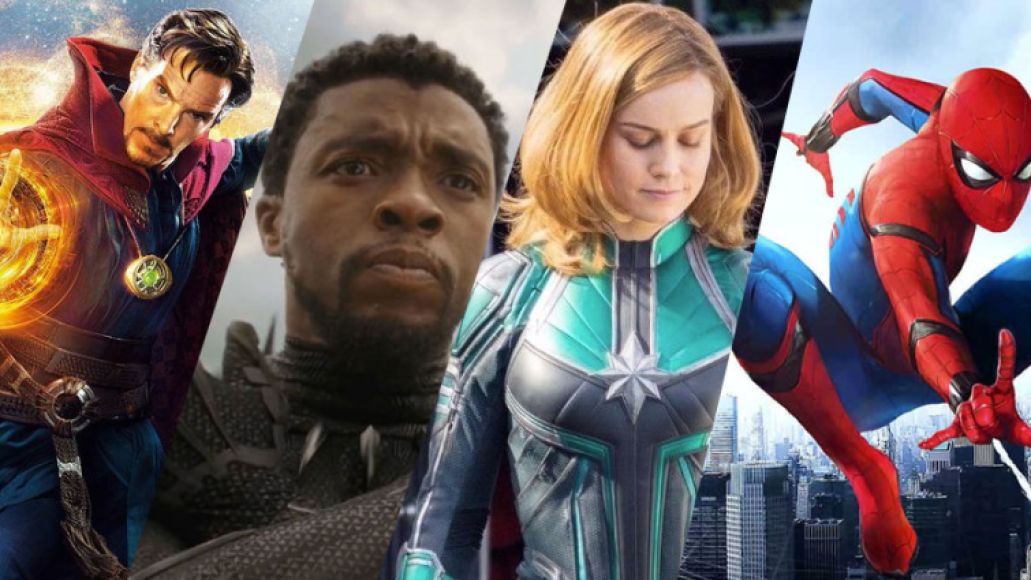 With Cap and Iron Man gone, the MCU will need a new nucleus of heroes to revolve around. Expect a move from Lithium to Beryllium, as the trinity will become a quadrinity: Black Panther (Chadwick Boseman), Doctor Strange (Benedict Cumberbatch), Spider-Man (Tom Holland), and newcomer Captain Marvel (Brie Larson). The beauty of this is multifold, not leastwise because of the diversity, with a technologically advanced African king and an ultra powerful female fighter pilot taking seats at the table. From a story standpoint, though, the characters have a foot in every corner of the MCU: Panther is your lead Avenger, Strange is the Sorcerer Supreme, Spidey is the up-and-comer, and CM is a terrestrial space hero. Science, magic, cosmic, interdimensional, street-level, royalty, powerhouse — these four have got it all.

That’s going to be important as Marvel shifts emphasis from overarching storytelling to tales set within exotic corners of the MCU. Leading fans through another 20-odd films over 10 years so we can witness another big bad from beyond challenge our heroes would be redundant, let alone tiresome. Instead, it might behoove both the studio and the stories to focus on smaller, contained plotlines. Events like the cosmic war Annihilation or the alien incursion Secret Invasion could play out as standalone arcs in separate sections — perhaps over multiple movies and crossovers — and still build towards larger dramas like Secret Wars. Without recycling the bread-crumbing of Phases One through Three, the MCU would feel more immense while remaining interconnected.

Of course, we’ll need some new characters occupying this expanded territory, and rest assured Marvel has plenty of those. Beyond a few obvious sequels (Black Panther 2, Doctor Strange 2, Spider-Man: Graduation, GotG Vol. 3), the sheer prodigiousness of possibilities makes it hard to guess what Marvel has in the works for the nine confirmed but untitled films they’ve scheduled into 2020. They could get supernatural with Blade, Brother Voodoo, Man-Thing, or Ghost Rider (Johnny Cage, not the Robbie Reyes version who’s appeared on Agents of S.H.I.E.L.D.) — maybe building towards an Avengers-esque team-up with Midnight Sons. The cosmos could diversify with Adam Warlock, Quasar, Nova, and a new GotG. (Prediction: Chris Pratt’s Star-Lord dies in GotG v. 3, potentially replaced by Captain Marvel; Nebula and/or Gamora die in Infinity War.) Avengers like Black Widow and (soon enough) Wasp will likely step into the spotlight, with the former finally getting her long-deserved solo outing. 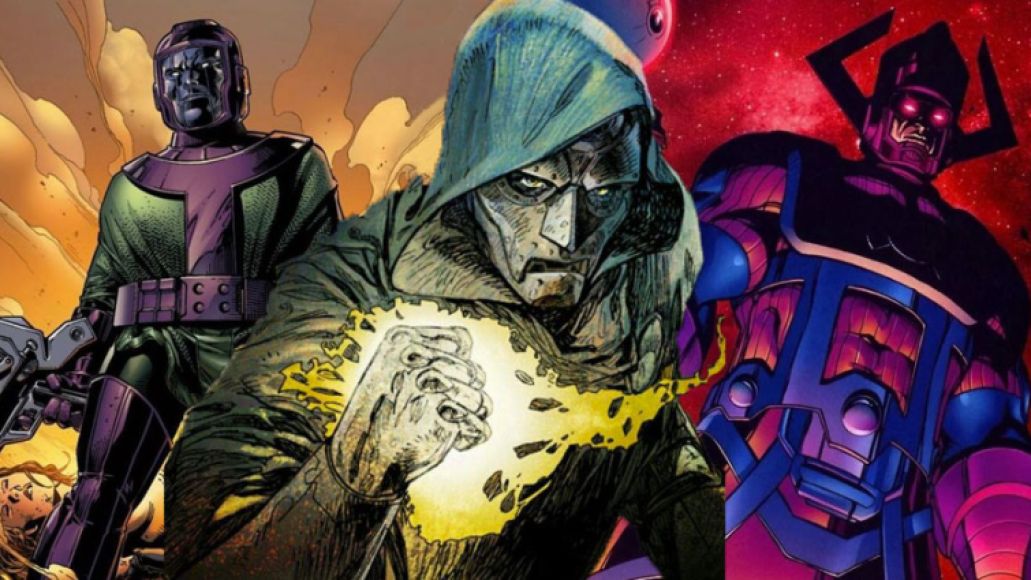 There could also still be a big bad behind the scenes, though it won’t take shape like Thanos. Characters like Mephisto, the Beyonder, or Norman Osborn/the Green Goblin would fit the bill, each from a different sector of the MCU (supernatural, cosmic, and terrestrial, respectively). Marvel could even go the team route by building towards the Masters of Evil or the Dark Reign storyline. However, the most tantalizing singular villains are timeless enemies like Kang, Galactus, or Doctor Doom — all of whom are set to revert to Marvel once Disney acquires 21st Century Fox.

It’s hard to emphasis just how drastically this assets acquisition will alter the shape of superhero cinema. It’s no done deal, as the merger won’t be finalized until 2019, and that’s only if it passes Department of Justice Antitrust Division muster. Assuming it does get approved, the X-Men and Fantastic Four would undoubtedly play major roles in the next MCU phases. Whether that’s accomplished by interdimensional trickery (imagine an FF film set in the current X-Universe that ends with Mr. Fantastic ripping a hole between dimensions?) or complete reboots, the MCU is set to receive a massive influx of characters, opening the gates for stories like Avengers vs X-Men, adventures into the Negative Zone, and even time travel.

The MCU is vast, and it’s only going to get vaster. From the ashes of the Infinity War will rise a cinematic universe that stretches to all new realms, led by a cast of heroes more diverse than ever before. We will travel to the deepest reaches of space, break through the walls of dimensions, and witness true magic. The map will be intimidatingly broad, but a smart Marvel Studios will navigate it in chunks — much like Disney World with its various parks situated under a unifying banner. Considering the Marvel Cinematic Universe’s track record, the new rides are sure to be just as sweet.

After Avengers: Infinity War, What's Next for the Marvel Cinematic Universe?